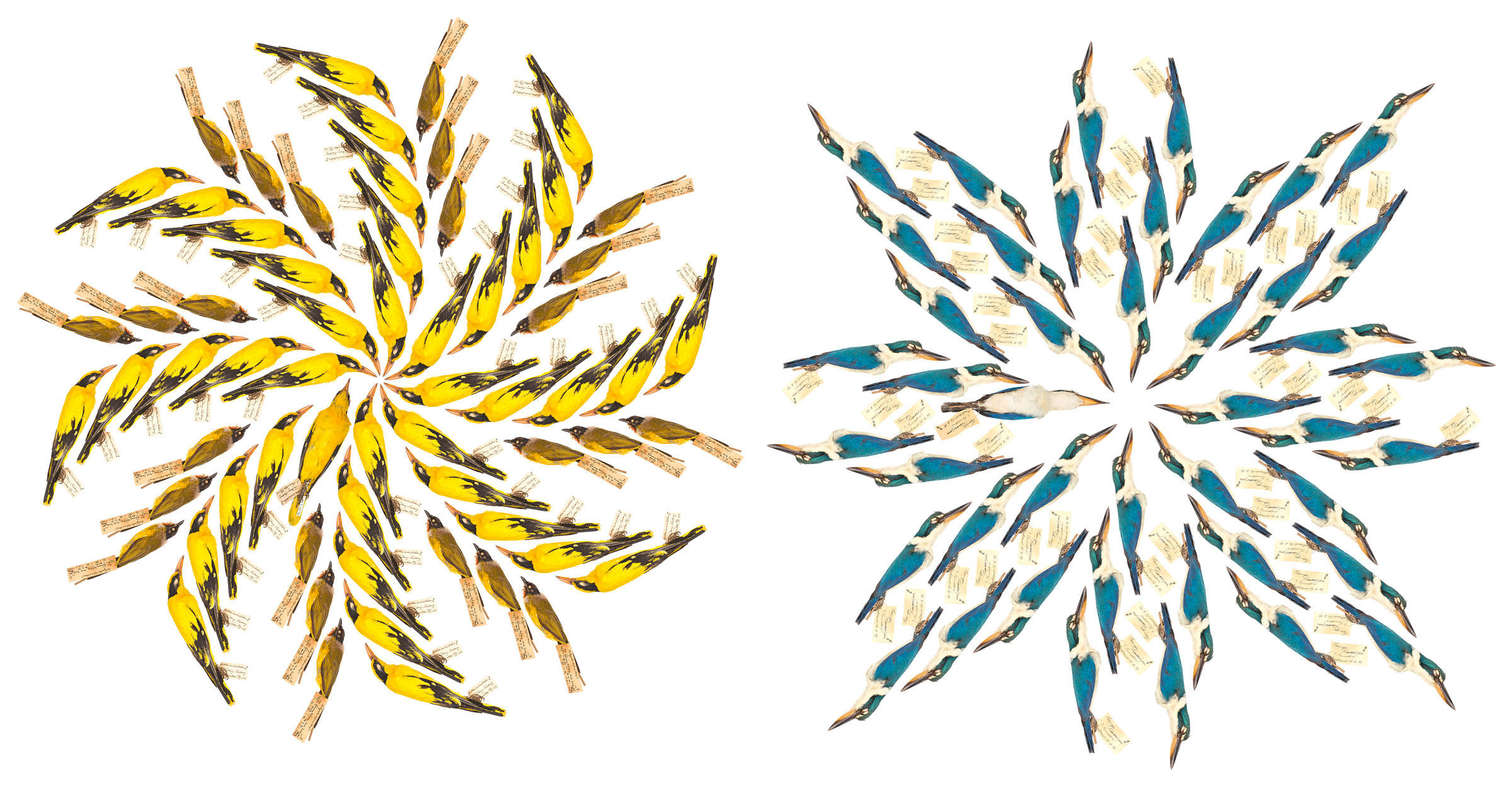 Get Lost in These Entrancing Photos of Exotic Museum Specimens

Unless you’re an avid student of natural history, there’s a good chance the name Alfred Russel Wallace doesn’t ring a bell. Darwin, though? You don’t even need a first name. And that’s too bad, because while Darwin has become synonymous with his theories of evolution and natural selection, Wallace deserves credit for advancing the same ideas at the same time. But while Darwin was at home in England forming his theories, Wallace was still out in the field, observing and collecting the fauna of the Malay Archipelago.

It was Wallace’s eight years spent in the Malay that particularly fascinates Singapore artist Ernest Goh. First introduced to the naturalist at a young age, Goh at least grew up aware of him. But it wasn’t until Singapore's new Lee Kong Chian Natural History Museum asked Goh to create a piece of lobby art for its grand opening last year that he really studied Wallace and his journeys.

As Goh began brainstorming what he would do for the opening, he says Wallace’s name kept popping up around the museum, so he decided to do some digging. Fascinated by natural history himself, the more Goh discovered about Wallace’s background and time in the region, especially in Singapore, the more he found he could relate to Wallace. “I’ve probably traveled to every single country that he traveled to when he was in this part of the world,” he says. “There are a lot of little facets, little stories, and little parts of Wallace’s life that I can identify with.”

While reading through Wallace’s journals and letters, Goh eventually found the tidbit that gave his future creation the focus it needed. “One of the things that he wrote that really caught me was this letter to his mother, where he kind of described his routine of the day,” he says. In that 1854 letter, Wallace outlined his daily schedule in great detail, including these two lines: “Breakfast at eight. Out to the jungle at nine.”

For his gallery exhibition, Goh used a variety of birds from the Malayan Archipelago. On the far left, with dark-blue feathers and a black face, are Asian Fairy-bluebirds. And the dark-purple birds with turquoise on their wings in the left-most full circle are Javan Kingfishers. In the central complete circle, with pale blue-green below and yellow throats, are Long-tailed Broadbills. The yellow-and-black birds in the partial circles are Black-naped Orioles. Photo: Ernest Goh

A planner himself, Goh was immediately struck by Wallace’s discipline. “I like to put everything down on a timetable,” he says. And so the concept for a mural began to take shape. Wallace’s letter also inspired the future work’s name: Breakfast at 8, Jungle at 9.

With an idea for the piece in mind, Goh started researching which specimens at the museum Wallace collected or would have at least observed during his time in the Malay Archipelago. The majority of specimens Wallace collected on his travels were exported to Britian for museum collections or sold to private collectors, so the museum doesn't have a trove of his original specimens. Goh didn’t let this limit his research, though. “A lot of it was looking at what Wallace collected and what he might have come in contact with and capturing the spirit of what he saw and wrote,” Goh says. “I went through the museum's collection and picked out the species that struck a chord for me.”

Goh then began photographing all of the different tagged specimens, from brightly colored tropical birds and stark-white mammal skulls to a variety of butterflies and beetles, which were of particular interest to Wallace and his emerging theories. Once he photographed all of the specimens, Goh used a computer to duplicate the specimens and arrange them in various patterns to make a mural that is 12 meters long and 3.5 meters high. In total, the design took Goh three to four weeks to conceive and complete, with Wallace’s regimented routine guiding him. “It’s always back to that passage about time and discipline,” he says. “I tried to bring about this thing about time and this thing about discipline in really specific shapes and positions to give the idea of uniformity.”

The mural’s intricate patterns and vibrant colors invite museum visitors to pore over the whole piece, but perhaps most surprisingly, the geometric arrangements, which Goh calls mandalas, aren't what people gravitate toward first. Instead, the white space at the very center of the mural is what attracts museum goers. “It’s really, really interesting to see how people naturally walk to the middle of it and place themselves in the white circle and photograph themselves,” Goh says. “Nine out of 10 times people do that. For me, it’s a little intended. I like how us humans always think we’re the center of the world.”

Goh's mural for Singapore's Lee Kong Chian Natural History Museum uses specimens either collected by Wallace or that the naturalist would have observed during his eight years exploring the Malay Archipelago. Photo: Ernest Goh

With the mural completed, Goh’s work for the museum was finished, but his time making Wallace-inspired mandalas was not. A friend of Goh’s opening a new gallery in Singapore last year asked him if he’d be interested in doing a show based on the mural. The artist readily agreed. “It was a good chance for me to use a lot of specimens that were not used in the mural,” he says. "I felt there was so much more material I could work with and tell Wallace's story."

But Goh didn't want the exhibit to just be about his new pieces. He also wanted to try and bring people into his own process during his research for the mural. “It is such a privilege to be able to dive into a museum collection,” he says. “How could I kind of replicate that experience?”

At first Goh was going to just print off life-size images of each specimen to give the show an interactive element, but then another idea came to him—stickers. Along with the eight new mandalas he made for the exhibit, Goh had 30,000 stickers of the various specimens placed throughout the all-white gallery, which he also filled with a variety of white objects, including a rhinoceros, an offroading vehicle, and a warthog. When visitors arrived, they were given no instructions, but soon they began doing exactly what Ernest had hoped—placing the stickers everywhere, on the walls, on the benches, and even on the warthog. “The idea was to wrap everything in our lives with nature,” he says. 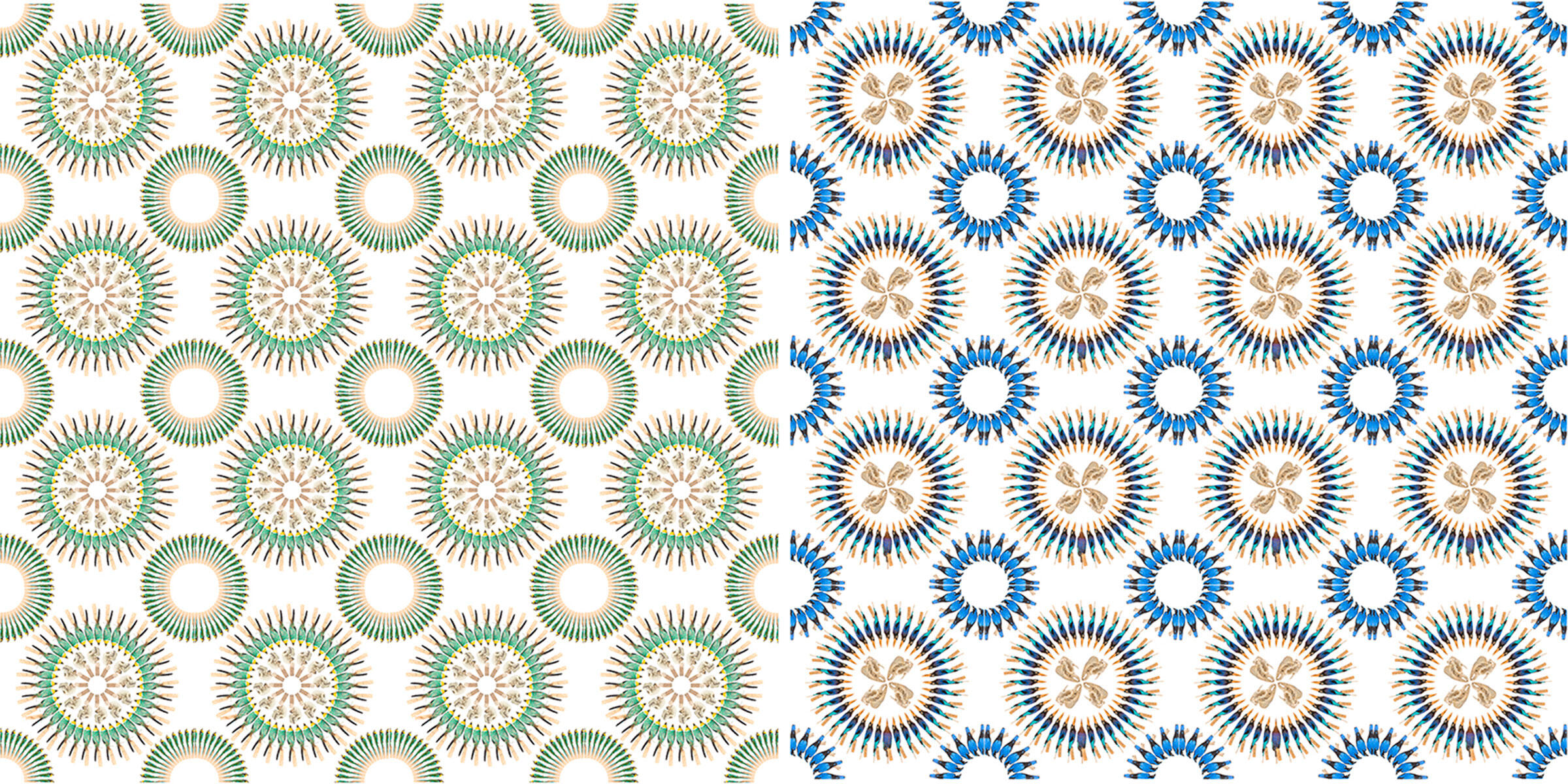 To his amusement, visitors even began making their own mandalas alongside Goh’s framed pieces. For almost two months, the gallery became a hub of creativity and learning through animals that haven’t lived for a century or more in some cases. And for Goh, that was the point.

“I can see the beauty in a dead bird and the education that it can teach us about biology,” he says. “A lot of people that came by the exhibit started to learn about natural history in that way. I just feel like there is so much more that people can learn.”

Including, for example, who Alfred Russel Wallace was, and why people should remember his name along with that other guy.

Japan's Cormorant Problem Is Beautifully Captured in These Eerie Photos