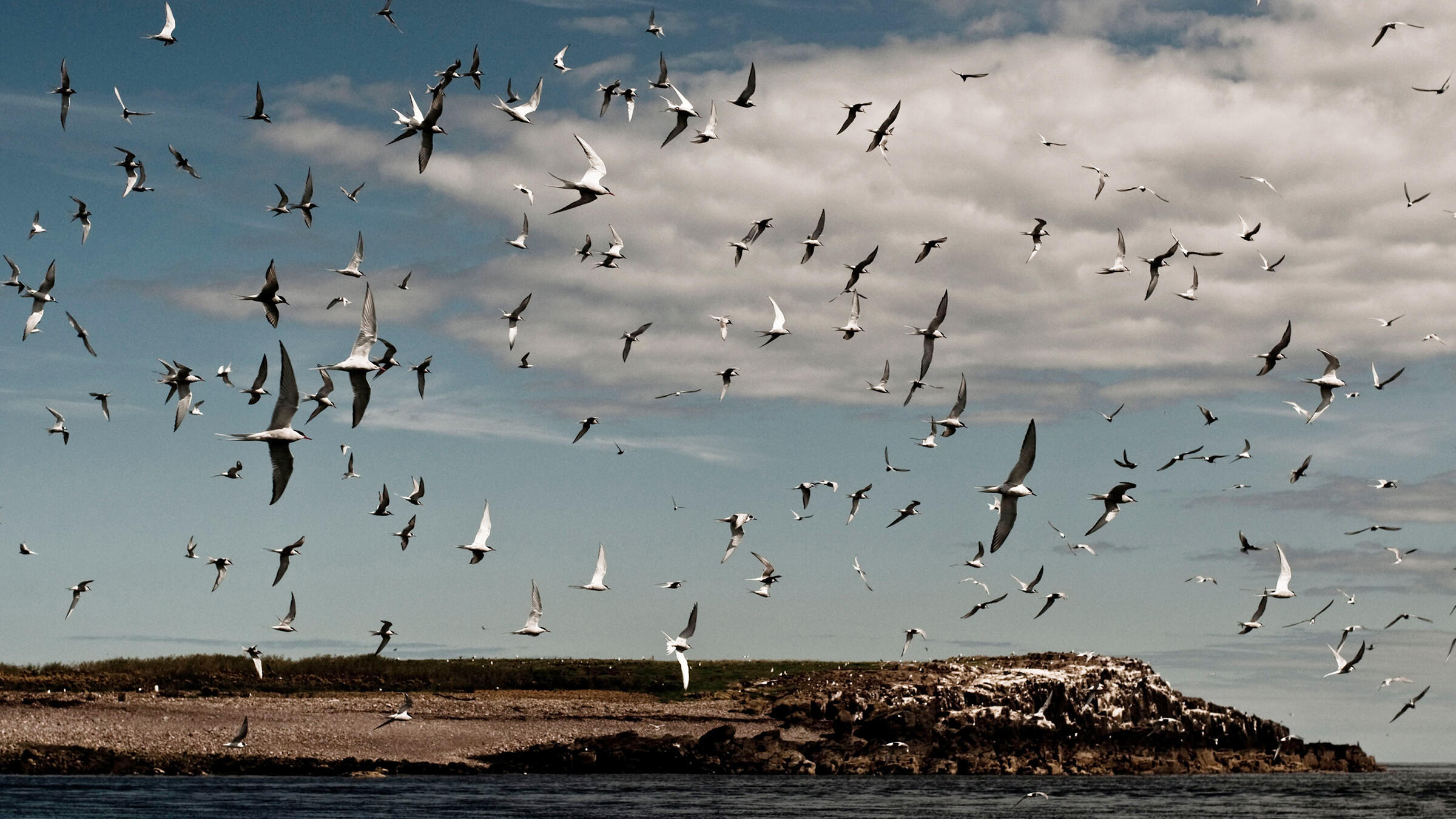 From a tiny bird that makes an epic trek to mileage measured in trips to the moon, these are impressive birds. 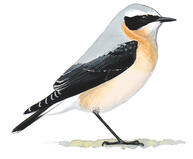 Migration is undeniably amazing. Every journey is a miraculous feat of nature: a three-inch bird can fly across the Gulf of Mexico without stopping to rest, or a songbird can travel hundreds of miles and re-find the same exact patch of trees to nest in year after year, or a bird of prey flies thousands of miles—from the southern tip of South America up to northern Canada—twice every year.

Thanks to geolocators—tiny gadgets that can be attached to a bird's ankle to record their journeys—researchers are learning more about birds’ migration paths every day. Here are some of the birds that travel the farthest.

The Arctic Tern may look nondescript—gull-like even, for the uninitiated—but this intrepid seabird migrates 50,000 miles round-trip annually. That’s like flying by plane from New York City to Sydney, Australia and back two and a half times! To boot, these birds can live more than three decades in the wild, so they log a whole lot of miles. Or, as a paper about this species in the Proceedings of the National Academy of Sciences put it, a distance equivalent to about three round-trip journeys to the moon.

The Blackpoll Warbler, a five-inch songbird, makes a serious trek from its breeding grounds in New England and Canada’s boreal forests to its winter home more than 2,000 miles away in South America. Though we’ve long known the birds go this far, researchers from University of Massachusetts Amherst proved that the little fliers go 1,700 miles across the Atlantic without a pit stop in just two to three days, making landfall somewhere in Puerto Rico, Cuba, and the islands known as the Greater Antilles. (Their final destination is northern Venezuela and Columbia.) Other birds that make similar trips manage it by taking “shorter hops by way of Florida, the Antilles, Central America,” says bird expert and Audubon field editor Kenn Kaufman.

To fully assess what the birds were doing, biologists tagged 40 of the warblers—20 in Vermont, 20 in Nova Scotia—with lightweight solar geolocators, then re-caught five of them and analyzed their flight data, finally verifying what had been just supposition. To avoid having to stop for food or water, the warblers double their fat stores before taking off.

The Bar-tailed Godwit could make most other birds feel lazy: The godwit makes a nonstop 7,000-mile trip in a little more than a week. The journey, which brings the bird from Alaska to New Zealand across the Pacific, was confirmed by a 2009 collaboration between Point Blue Conservation Science and the U.S. Geological Survey.

“This may be the single most impressive long-distance nonstop flight by any bird,” Kaufman says. That’s high—but well-deserved—praise: All told, these birds cover more than 285,000 miles in their 30-year lifetimes—enough to circle the earth more than 10 times.

Two distinct Northern Wheatear populations go in opposite directions to end up in Africa for the winter, one departing from northeastern Canada and Greenland, the other from Alaska and the Yukon Territory. It’s a hefty haul, one Kaufman describes as a “pretty major migration.” The birds leaving Alaska must cross the entire Asian continent before reaching their destination 9,300 miles away.

The birds prepare by beefing up, according to the Cornell Lab of Ornithology. Those in the eastern population nearly double their body size before taking off. The other group fattens up, too, though not as much.

The Sooty Shearwater takes a figure-eight flight path on its migration, according to Kaufman. These birds fly up to 39,000 miles each year, researchers from the University of California-Santa Cruz learned in 2006, focusing on different feeding grounds as they circle the Pacific Basin, dipping down to Antarctic waters and up to California, Alaska, and Japan. The birds time their travels to follow warm weather and plentiful food.