From left to right: Greater Scaup and Lesser Scaup, two of the saltiest, most confusing ducks out there. Photos: Janet Covell/Great Backyard Bird Count; Brian Kushner

Let’s talk about "Oreo ducks." You know, those diving ducks that are black on the ends and white in the middle? Here in North America we typically get four kinds: Ring-necked, Tufted, and of course, the pesky Greater and Lesser Scaup.

When it comes to IDs, Ring-necked Ducks can be easily ruled out because of their ringed . . . beaks (yeah, it's confusing). The males also look like they have white and gray whales imprinted on their sides. Tufted Ducks hew to their name pretty closely: Males have a spray of feathers that curves back behind their head, forming a tuft. The female’s extensions are much shorter, but they’re still noticeable. Though common in Europe and Asia, the species is considered rare in the continental United States.

Once Ring-necked and Tufted Ducks are out of the running, you’re left with the pair that’s toughest to tell apart: scaup. During winter, location can be a deciding factor. Greater Scaup tend to choose saltwater bodies, while Lesser Scaup are found in freshwater zones further inland. Still, there’s quite a bit of overlap in their ranges, especially in the summer when Greaters hang out in lakes and bogs, in addition to their regular seaside dives.

So what’s a bewildered scaup watcher to do? With help from Jason St. Sauver, the resident bird expert at the Spring Creek Prairie Audubon Center, we’ve pulled together some visual clues to guide you through this challenging ID. Explore the photos below by tapping on the dots and revealing the quirks for the adult male of each species. 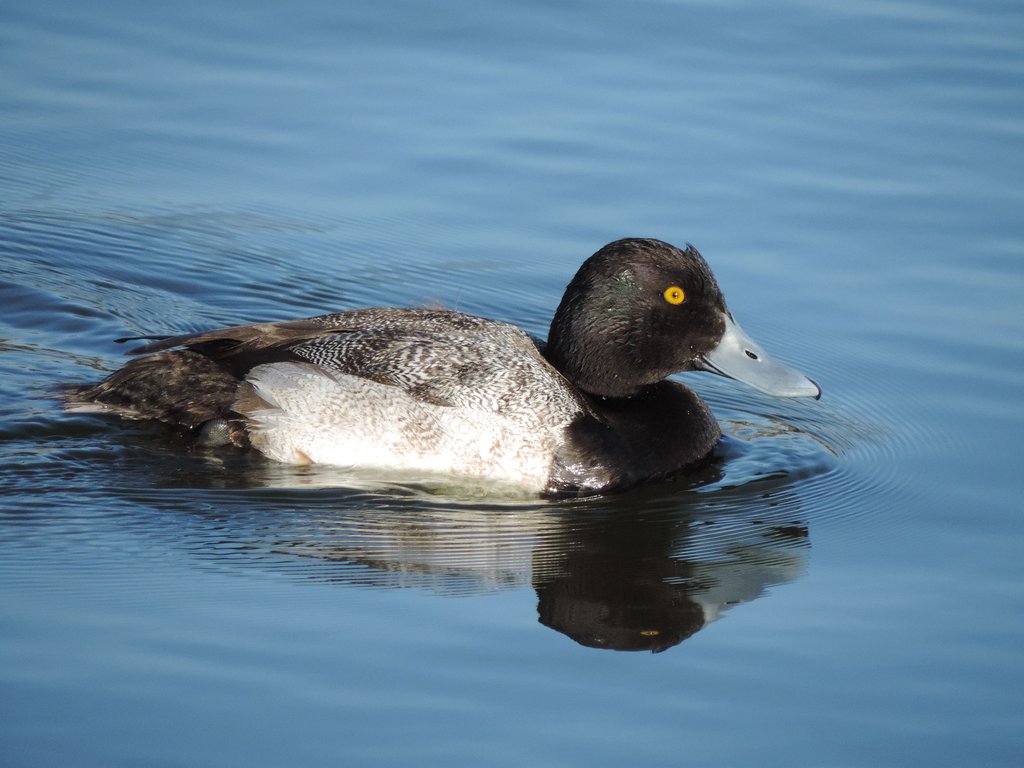 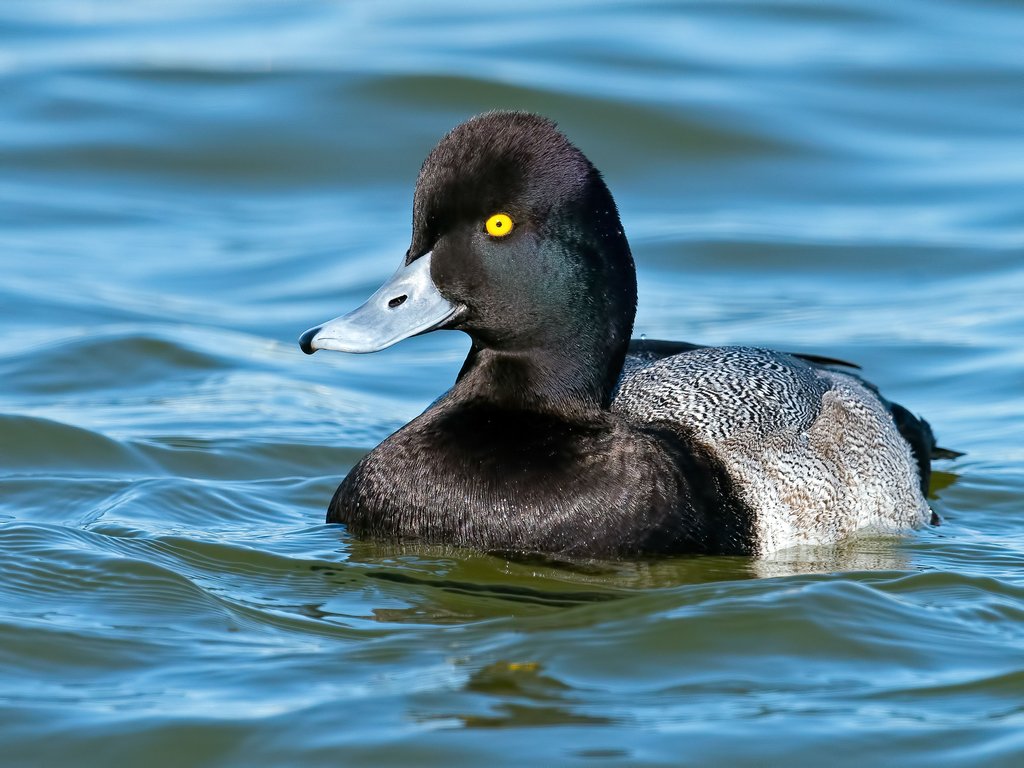 Other notes: The best time to review the shape of the head is when the ducks are loafing around or napping. When they’re active—feeding, flying, etc.—they move their necks, which makes it difficult to choose between round or narrow. The differences in head shape hold true for females and juveniles, too. In fact, that may be the only distinguishing clue you can see.

Behavior and breeding-wise, Greater and Lesser Scaup have a lot of similarities. They both form flocks that number in the hundreds or thousands. These giant groups can be seen side by side on the water, but they hardly intermingle. Their diets are also alike, though the Lesser Scaup eats more greens due to its freshwater preferences. And if you see a brood of babies with an adult, count them up: Lessers should have 8 to 14, while Greaters should have 5 to 11. If you see 8 to 11 chicks, well, it was worth a shot.

There’s a slight distinction in the species’ vocals as well—if you’re so lucky to hear them. These aren't the noisiest ducks, but the Lesser will emit an occasional whistle and has a higher pitch.

Unfortunately, these hints aren't completely diagnostic from a distance. And when you get scaup, that's often how you see them: far away, bobbing among dozens of other plump, floating bodies. But don't get discouraged. Just keep practicing. And remember: Even if you make the wrong call, the ducks won’t think any less of you.