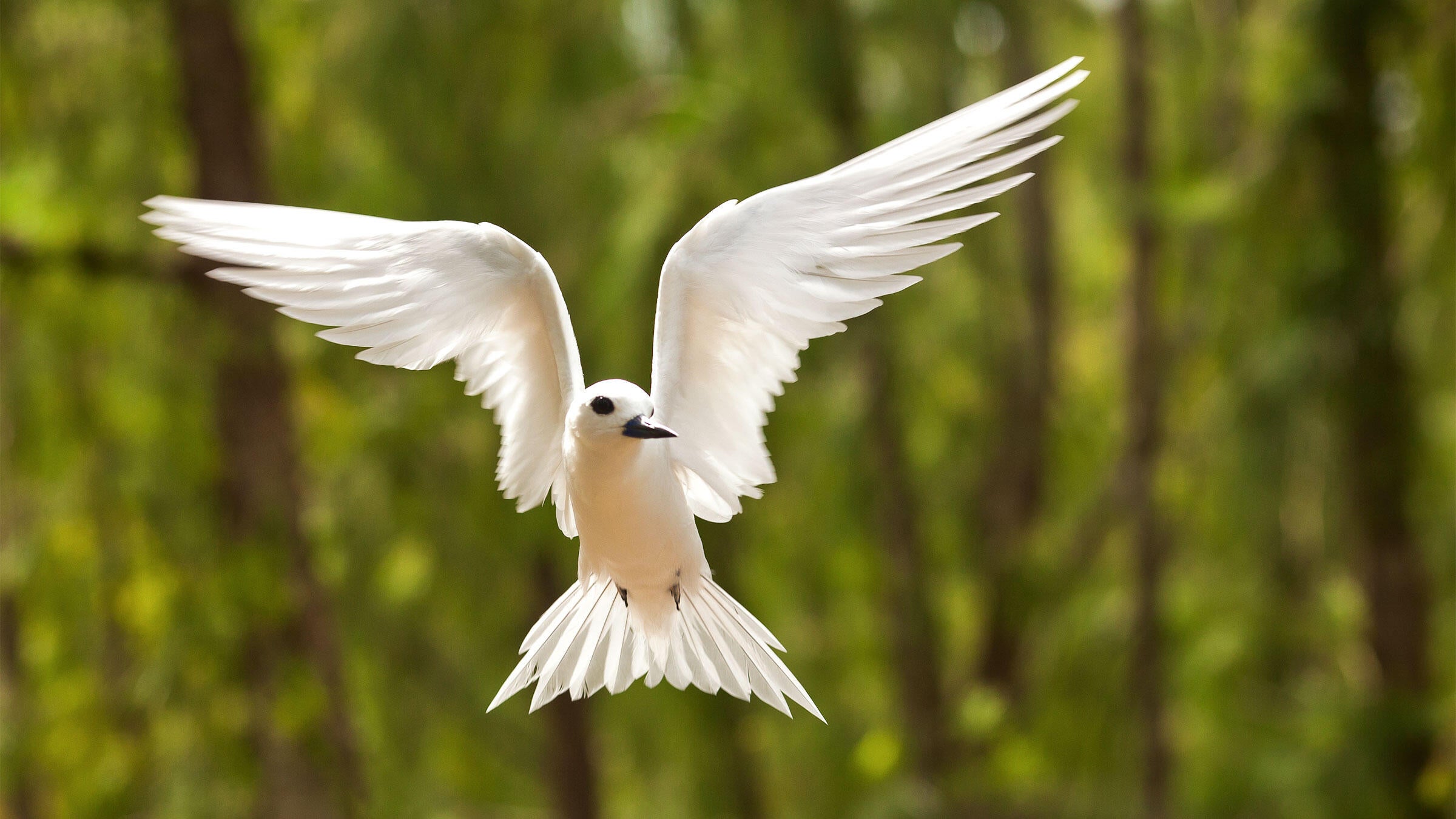 The American Birding Association recently voted to include Hawaii birds in their official checklist. Get to know some of the newcomers.

In October, the American Birding Association voted to include Hawaii as part of its ABA Area, effectively boosting its official checklist by as many as 115 birds. (The final list will be decided by the end of 2017.) The addition came after decades of debate over whether to include the island chain’s birds, a debate that centered on geography: In the late 1960s, when the ABA was founded and its official bird list was first drawn up, Hawaii was too far away to count. Ironic, because it’s Hawaii’s isolation that fostered the high rate of endemism that makes its bird life so exciting.

But in today’s fervor of life lists and big years, Hawaii birds will finally be counted. For some species, it’s just in time. Hawaii holds the dubious distinction as the “endangered species capital of the world.” Twenty-one of the 25 birds that have gone extinct in the United States are from Hawaii. More than one-third of all U.S. birds protected by the Endangered Species Act reside in Hawaii, but they receive nowhere near one-third the funds allocated to recovering endangered bird species.

Greater awareness of Hawaii’s birds, especially the endangered ones, will hopefully bring a greater desire—and the necessary money and attention—to save them from extinction. So here are 10 native Hawaiian birds that you can now count on your official ABA life list (including two already listed, but now easier to find), and because we're considerate, none of them require renting a helicopter or trekking deep into a cloud forest. 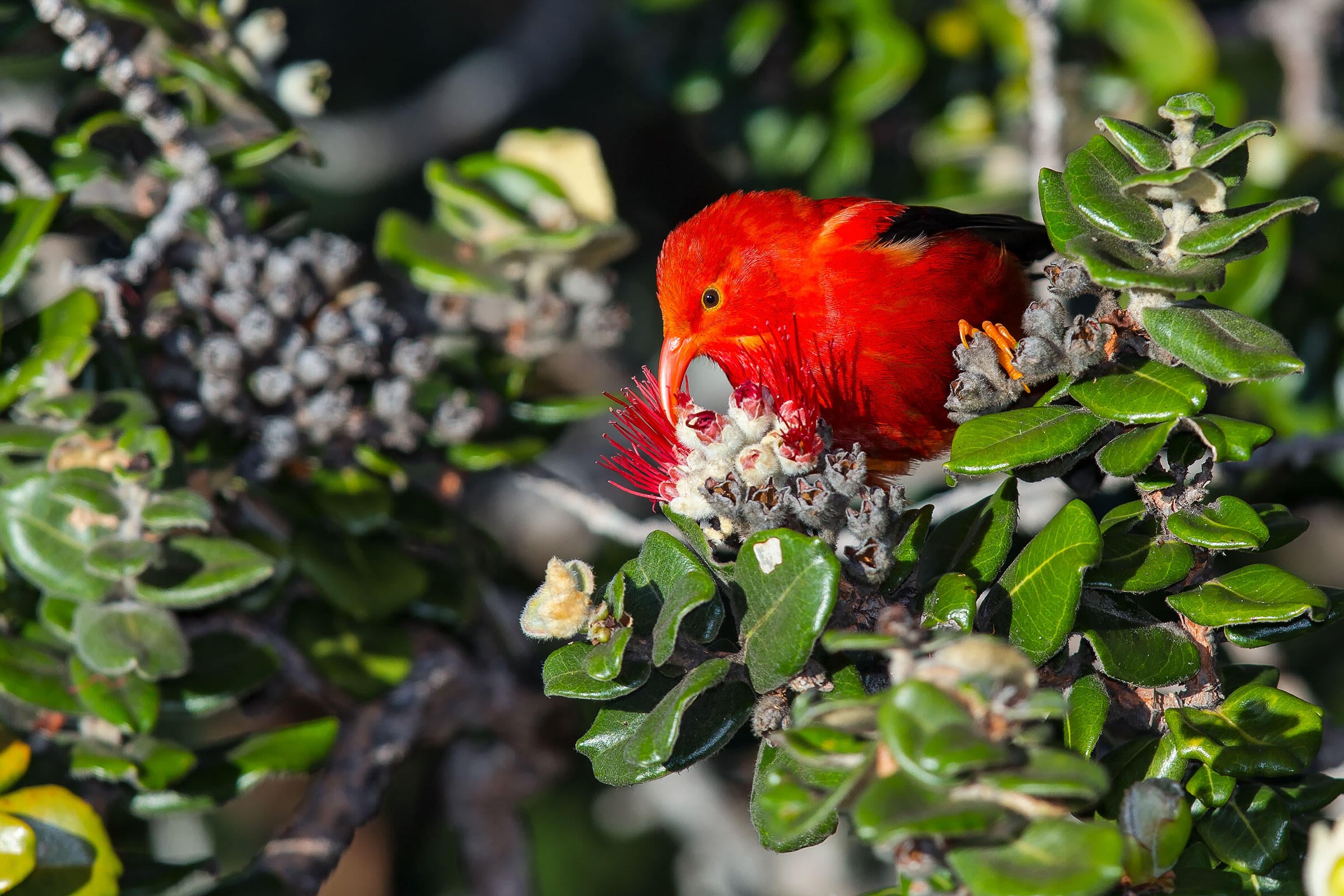 The `i`iwi is one of more than 50 species of honeycreeper, all of which evolved on Hawaii from a single finch-like ancestor—although not all survive today. The main differences between the species can be seen in their bills, which include the tweezer-like bills of insect eaters, sturdy seed-cracking bills, and even twisted bills specialized for opening leaf buds. As for the `i`iwi, this vermillion bird specializes in feeding on Hawaiian Lobelia flowers, using its long, curved bill to sip nectar from tubular petals. Unfortunately, it’s one of the last surviving honeycreepers. Since humans arrived in Hawaii roughly one thousand years ago, around two-thirds of honeycreeper species have gone extinct due to mosquito-borne diseases, predation by non-native predators such as rats and cats, and habitat loss. The `i`iwi has avoided this fate so far, but the U.S. Fish and Wildlife Service was recently petitioned to list it as threatened under the Endangered Species Act. 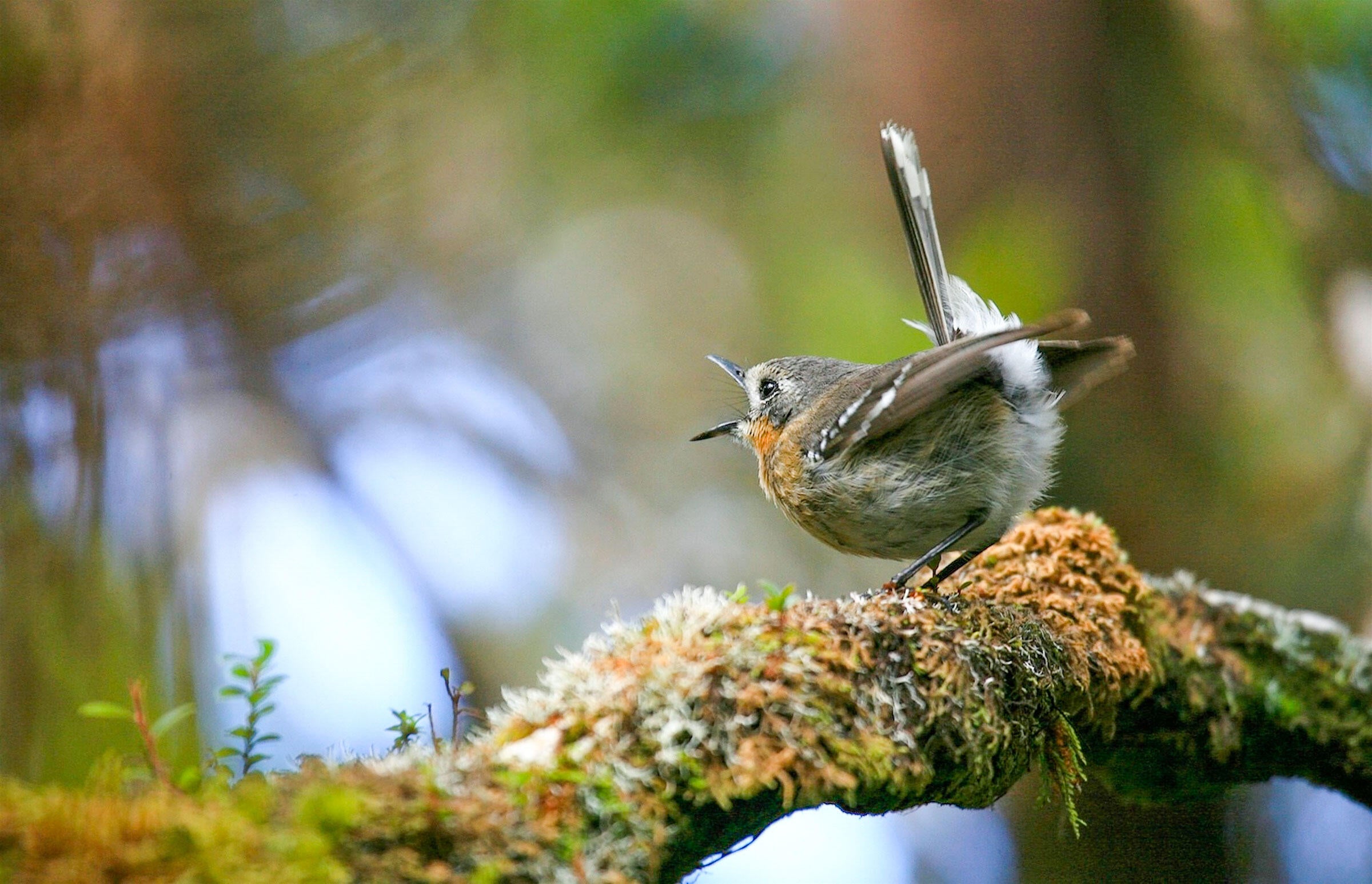 Weighing in at about three nickels, this gregarious and agile flycatcher can nab instects on the wing, but it prefers foraging for insects on the ground and in the dense canopies of wet forests. Unlike some of Hawaii’s native songbirds, `elepaio have adapted to nesting in non-native trees, which over the past 200 years were introduced to the islands and often crowded out native trees. This generalist approach likely accounts for the species’ continued survival. Their dull coloring also probably helped: The bright feathers of other Hawaiian birds (including the `i`iwi, see above) were once collected and woven into beautiful feather capes for Hawaiian royalty. The `elepaio, however, aided canoe builders who avoided the insect-ridden trees favored by the little bird. 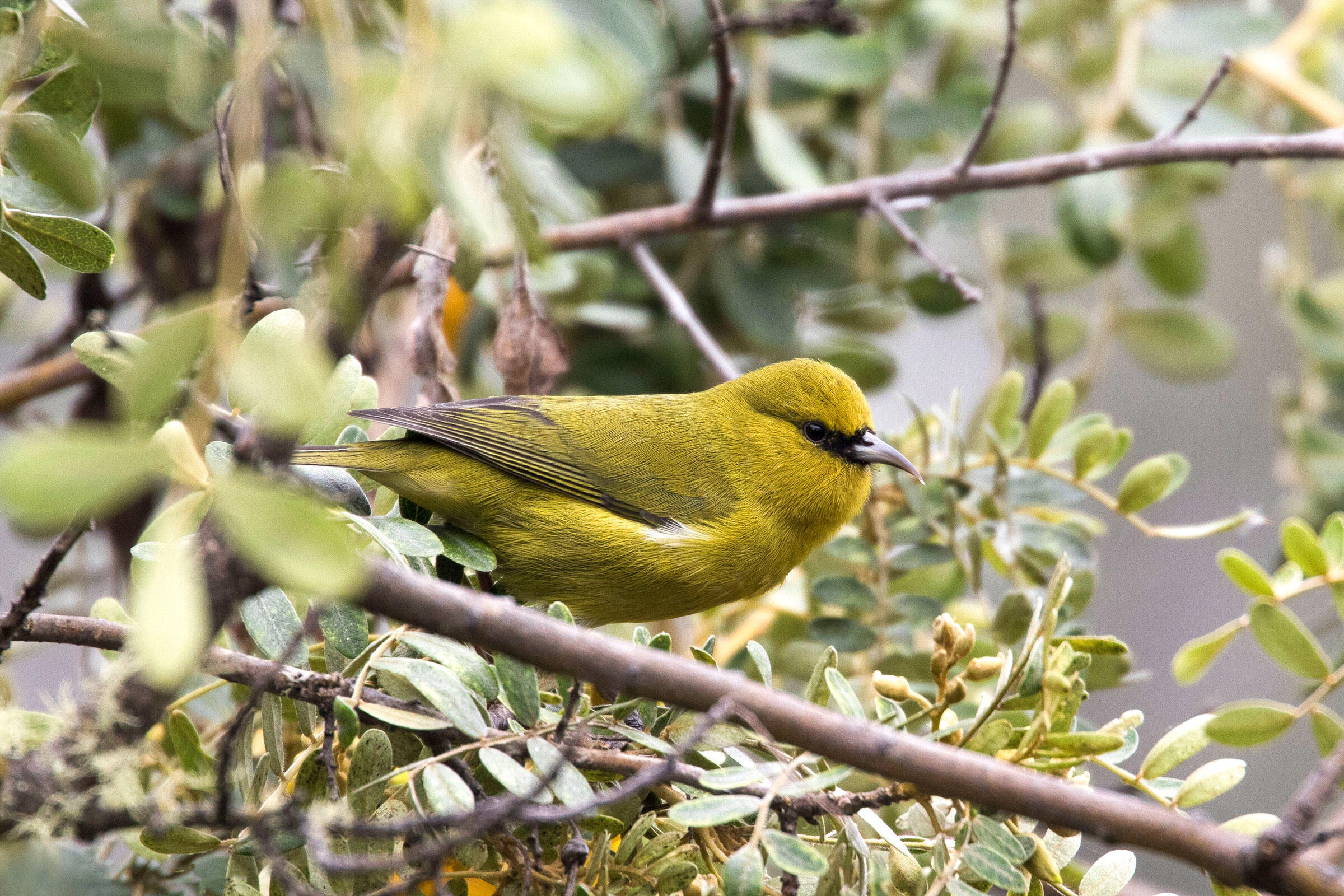 This honeycreeper, which eats insects, fruit, and nectar, is a common native forest bird found across the islands. Its abundance afforded the species the time necessary to survive a major threat to Hawaii’s birds: mosquito-borne disease. The first mosquitoes arrived in Hawaii in 1826 by way of a foreign ship; they quickly multiplied in Hawaii’s tropical climate and spread avian pox to Hawaii’s native forest birds. Nearly 100 years later, avian malaria, another mosquito-borne disease, entered Hawaii. Both diseases drove numerous native bird species extinct, and forced the survivors to higher, cooler elevations inhospitable to mosquitoes. But some `amakihi managed to survive and nest at low elevations on O’ahu and Hawaii Island. Scientists attribute the species’ survival to genetics and population size. Only because the ‘amakihi is abundant could enough disease-resistant individuals reproduce and pass on their hardy genes. 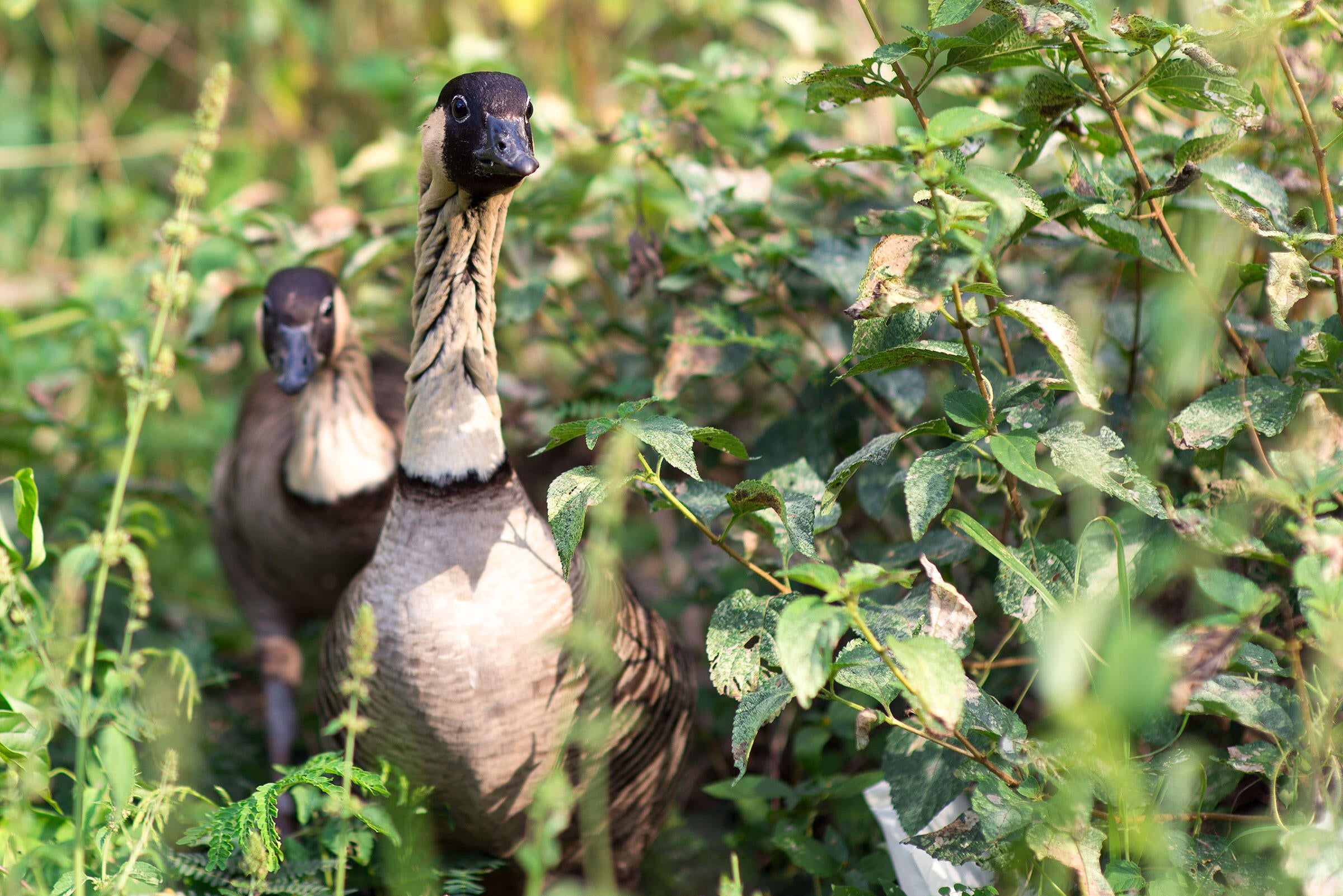 The black head and furrowed cream neck of the endangered nēnē might look familiar: The species, Hawaii’s state bird, descended from Canada Geese that made their way to Hawaii about one million years ago. Over time, those birds shrunk in size and grew proportionally longer legs with less webbing between their toes—adaptations that allowed them to easily navigate Hawaii's lava fields. But by the 1950s, the nēnē was headed toward extinction for many of the same threats all Hawaii’s native birds have faced: loss of habitat and introduced predators, particularly the mongoose. A captive breeding program turned the decline around from 30-some individuals to approximately 3,000 today, about half of which can be found on Kaua‘i, which has no established mongoose population. 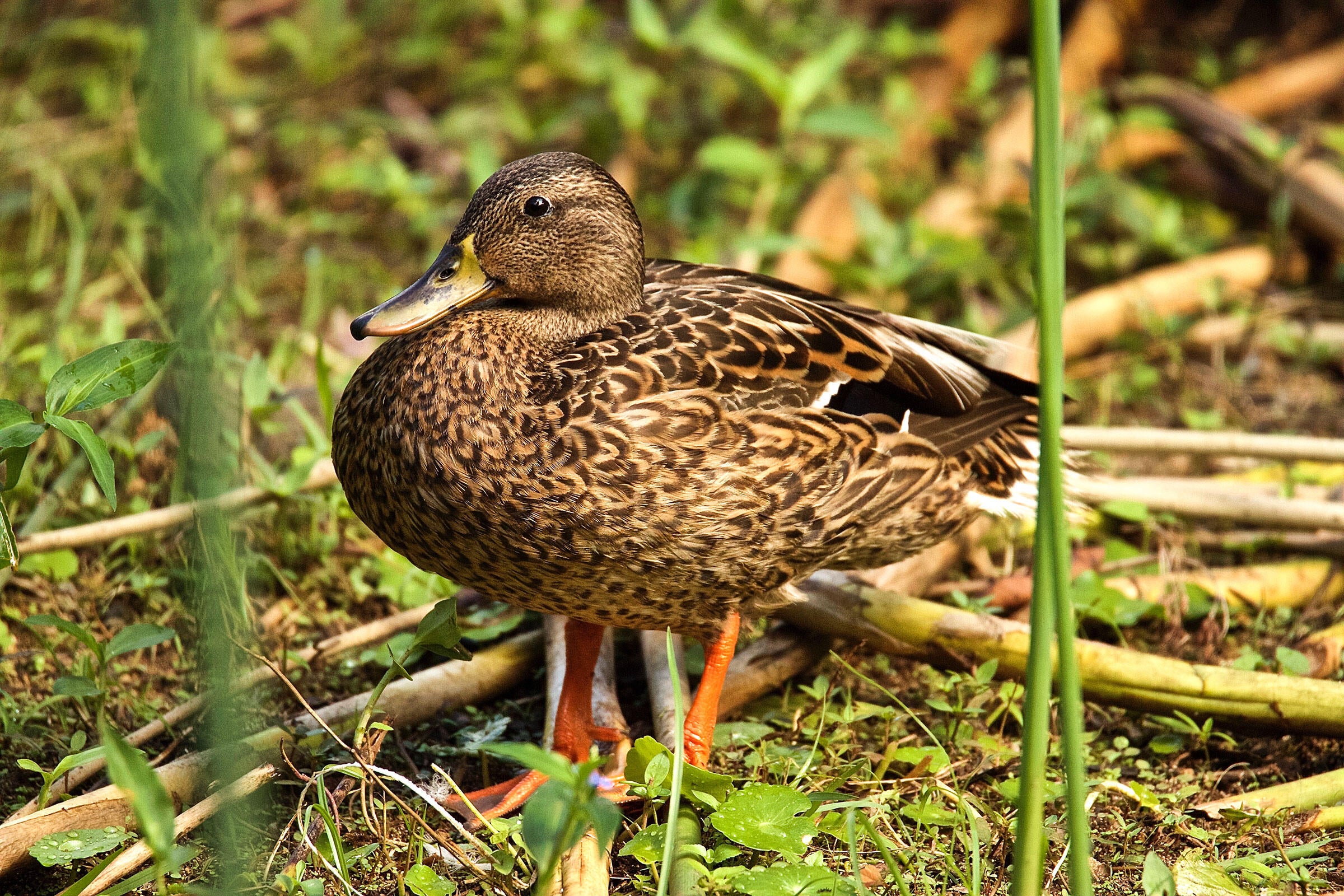 According to Hawaiian lore, these small brown ducks were honored guides to Imaikalani, a blind, spear-throwing warrior. Their quacking tipped him off to his enemies’ whereabouts so he could target and dispense with them. Today, koloa maoli have their own unlikely enemy as they traverse Hawaii’s various wetland habitats: escaped Mallards, which are now common invasive species across Hawaii’s islands after being introduced in the late 1800s as ornamentals in garden ponds and for hunting. Some koloa maoli have crossbred with the continental ducks, a behavior that could lead to their genetic extinction. Luckily, the majority of the koloa maoli population can be found on Kaua‘i, where genetic testing reveals a low number of hybrids. 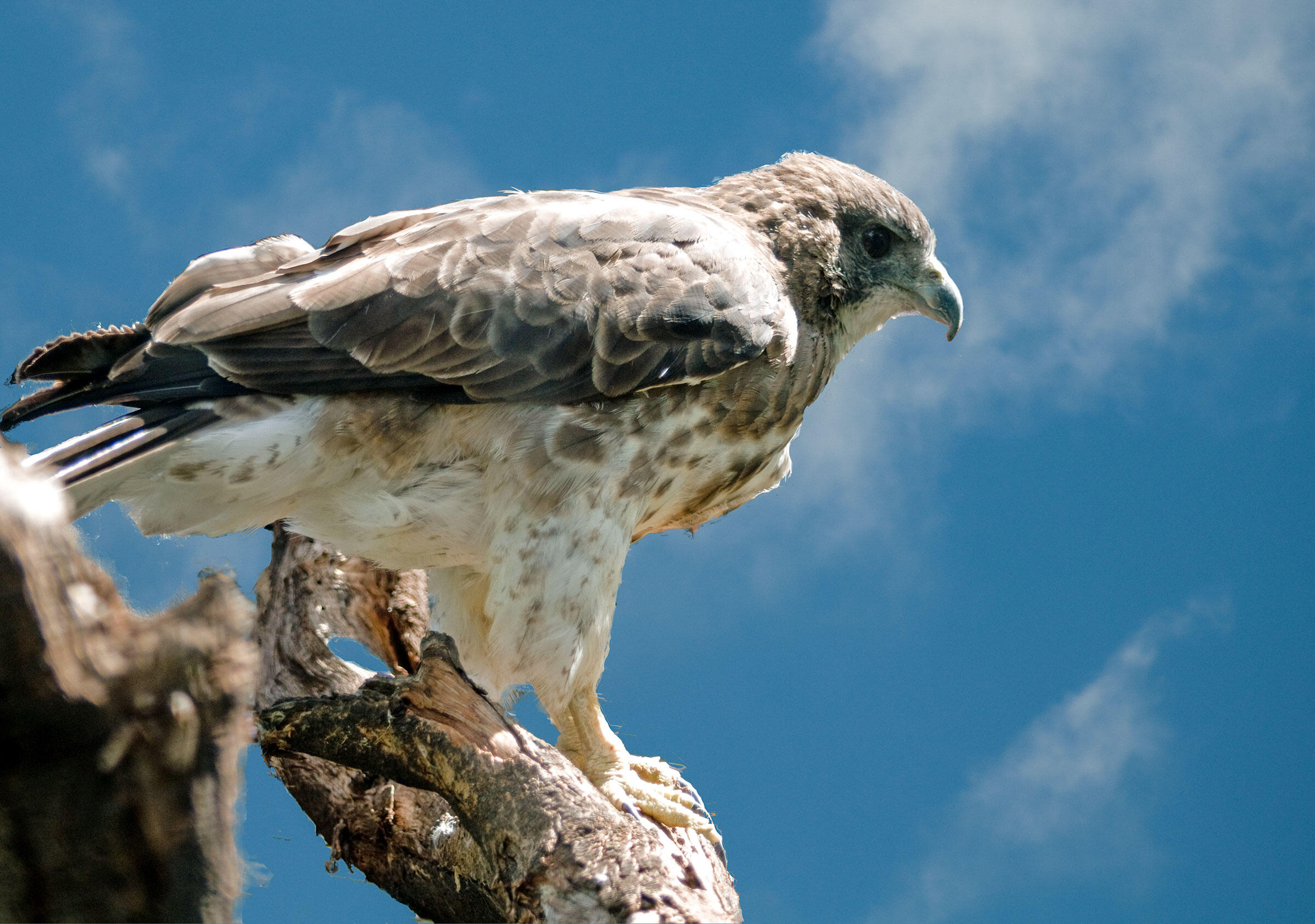 Many birds’ names in Hawaiian are onomatopoeic—that is, their name mimics their call. With a high-pitched “eee-oh,” the same is true with this brown-headed endangered hawk. The earliest record of `io comes from the naturalist aboard Captain James Cook’s ship on Kaua‘i in 1778, a time when the hawk was a symbol of royalty. The `io is the only hawk known to have colonized Hawaii. Prior to the arrival of humans and the introduction of small mammals, the bird preyed exclusively on other birds; now it’s expanded its diet to target the nonnative mammals such as rats and mice that have devastated Hawaii’s other bird populations. 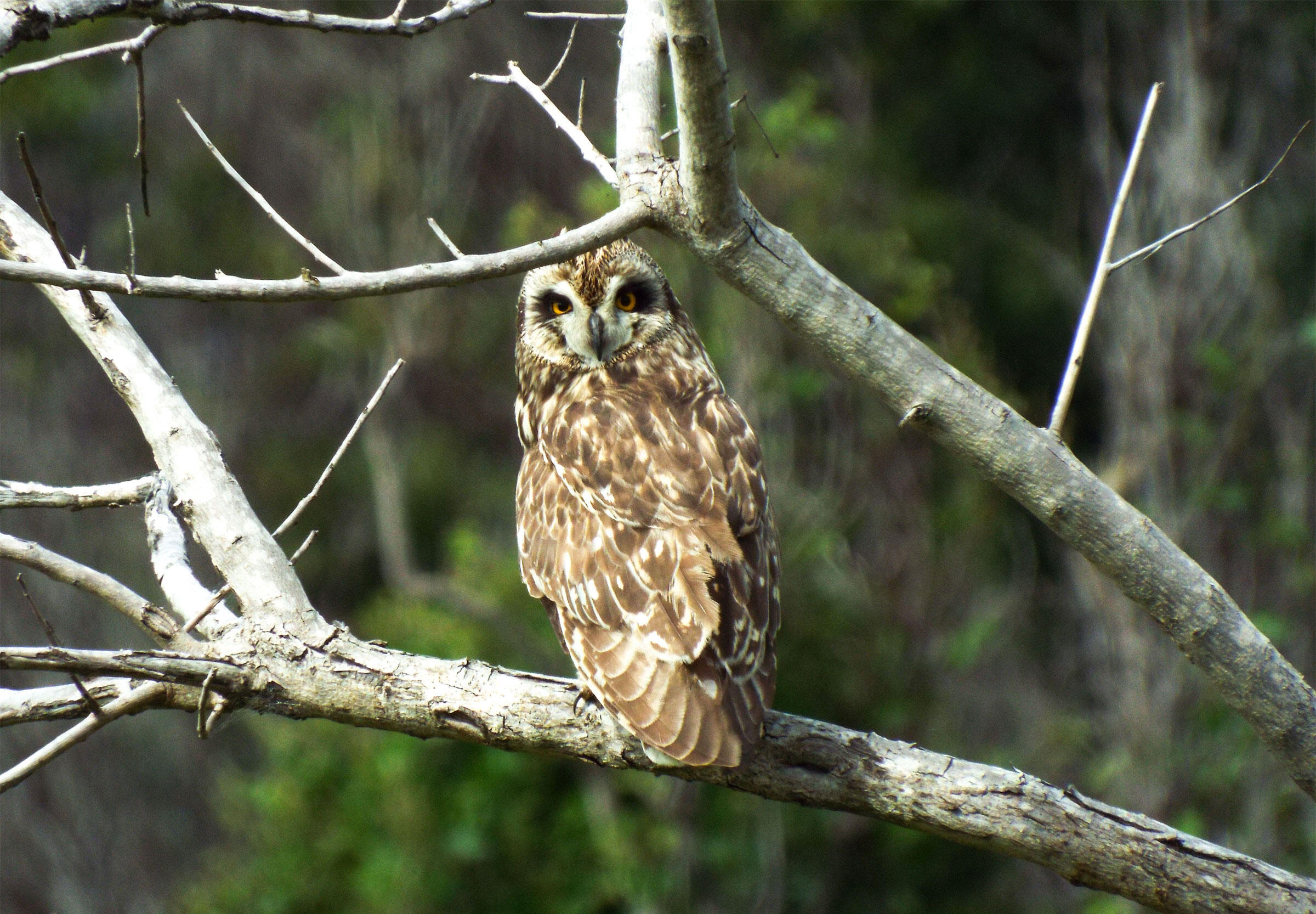 The first Short-eared Owls made it to Hawaii sometime after the first Polynesians, and like other Short-ears, this endemic subspecies isn’t your typical owl. It nests on the ground instead of in trees, and it’s active during the day, when it can be seen hovering over and sweeping across a variety of habitats searching for the small mammals that almost exclusively make up its diet. In Hawaiian culture, the pueo is often considered an `aumakua—the animal form of a deceased family member that offered guidance and protection to descendants. 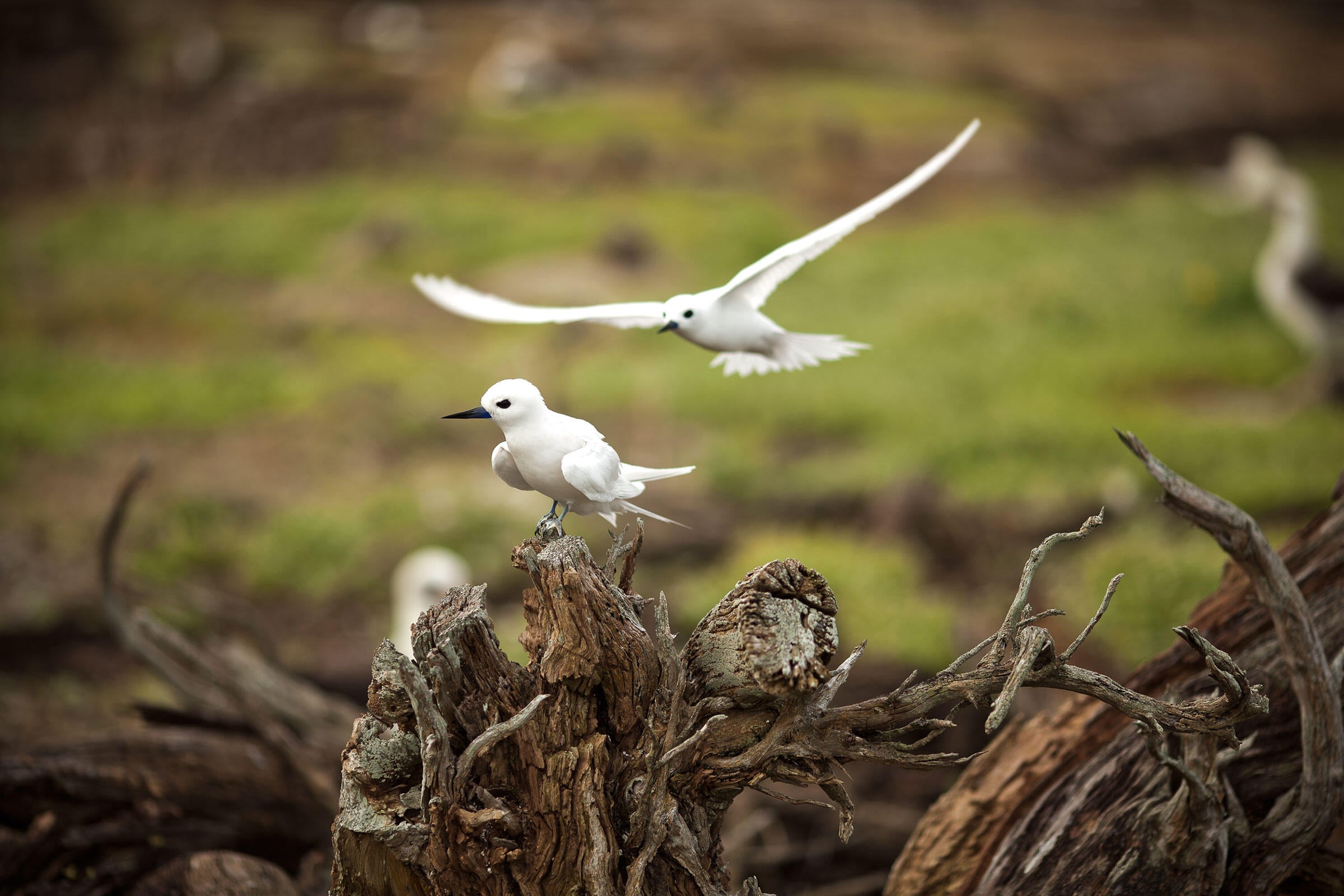 This small seabird with a 28-inch wingspan possesses the ability to change speed and hover in the air, a characteristic that gave rise to its nickname, “fairy tern." Its striking appearance is also otherworldly, with a stark white body offset by eyes encircled by black rings. Remarkably, in the main Hawaiian Islands, manu-o-kū are found only in the urban areas of O‘ahu, where they incubate a single egg in the fork of a tree branch or on a rocky ledge or roof. Unlike other seabirds that regurgitate partially digested food for their chicks, the manu-o-kū feeds whole fish to its offspring, carrying multiple fish in its bill at one time. The birds have adjusted so well to city life that the City of Honolulu adopted the manu-o-kū as its official bird. 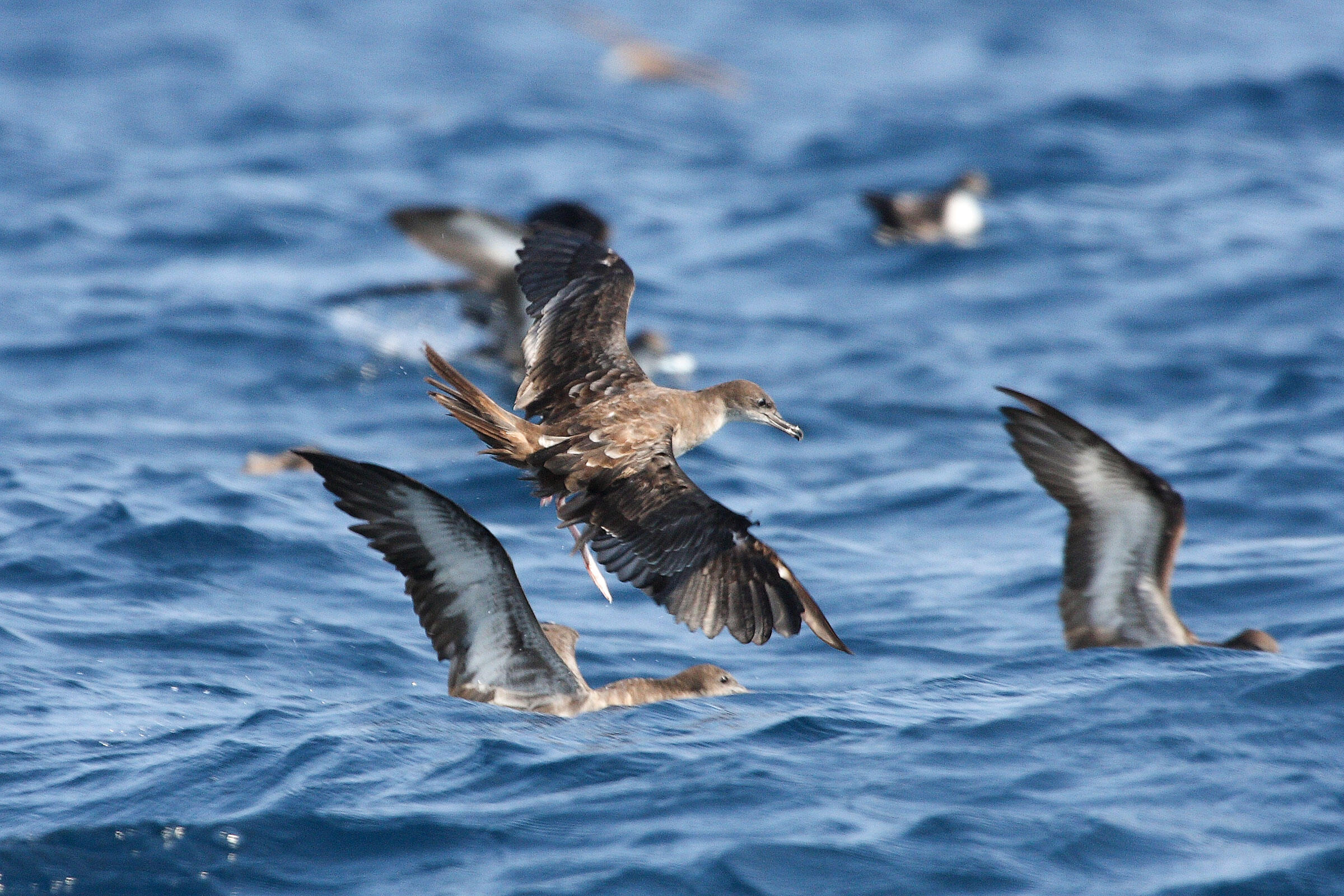 Every March, this gray seabird returns to Hawaii from its largely seaborne existence to breed. (At sea, some birders can spot it without traveling to Hawaii, from the U.S. west coast.) Each `ua`u kani mother lays a single egg in an underground burrow several feet in length; then both parents participate equally in the incubating and feeding of their chick until fledging in November. Adults come and go at dawn and dusk, spending their daytime hours fishing by a variety of means: skimming the ocean's surface while on the wing, sitting on the water, and diving as deep as 70 feet in pursuit of prey. The `ua`u kani may not been seen much on land during the day, but it’s easily heard at night and recognized by its eerie call, which reminds some islanders of bawling babies or fighting cats. 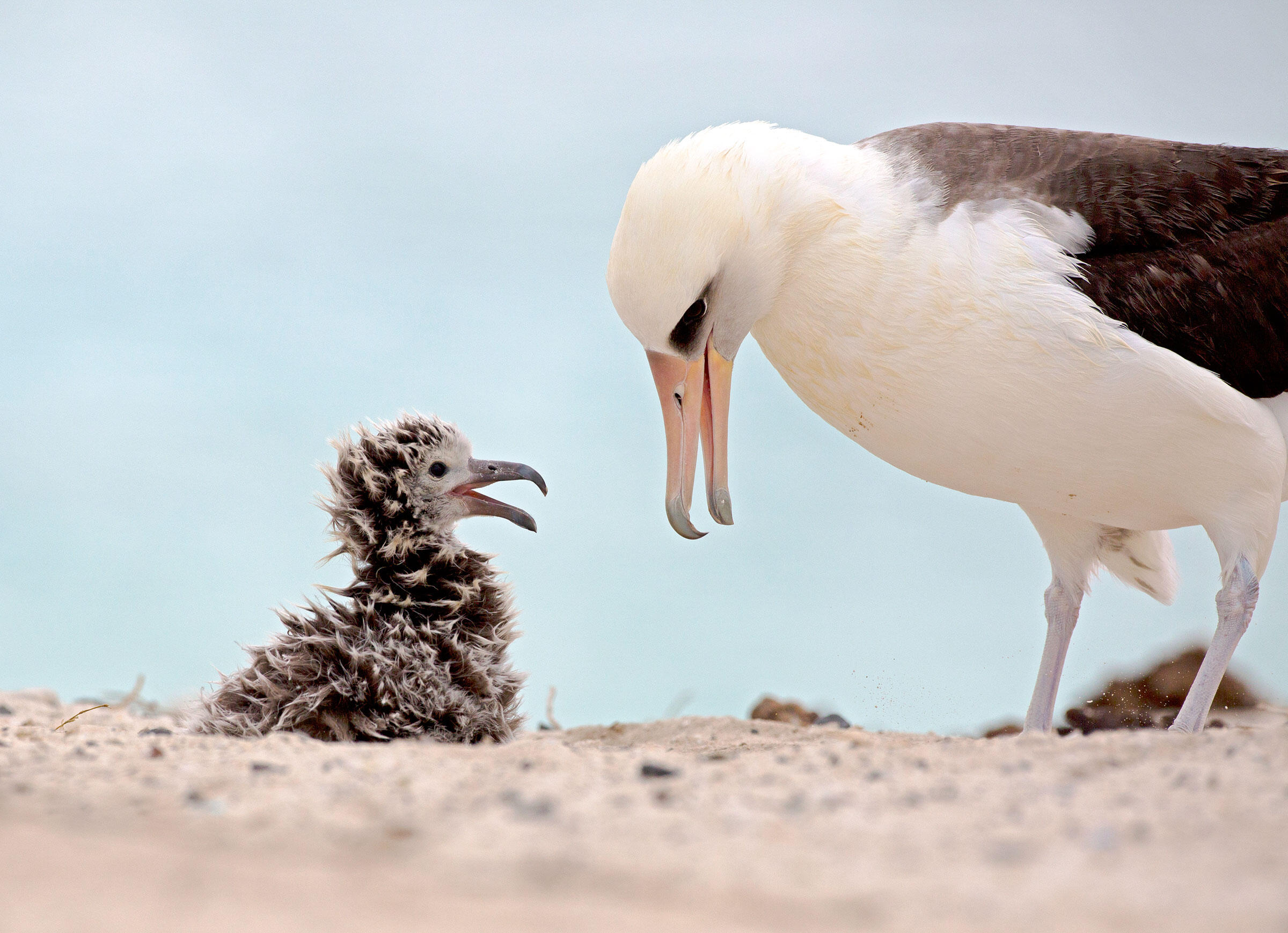 It’s not unusual for mōlī to cover 5,000 miles of ocean within two weeks, inspiring conservationist Carl Safina to deem the species the “grandest living flying machine on Earth.” Indeed, they are masters at gliding gracefully on little energy, as they coast hundreds of miles powered by only a few beats of their six-foot wings. Every November, mōlī return from the North Pacific to reunite with their mates and produce a new generation. They put that airpower to good use, foraging for squid that they will later regurgitate as food for their chicks. When chicks fledge the following June, they spend three or more years at sea before returning to land—at the same exact spot where they were born—to raise chicks of their own. Birders can occasionally view mōlī from the U.S. west coast, but it's much easier to see from Hawaii.