With a voice that sounds more like a frog than a bird, a male Hooded Merganser is courting a female.

Picture a small duck with chestnut sides, a black back, and a white breast striped with black. As he displays to the rust-colored female, he fans his crown feathers into an extravagant, circular crest, white with black outlining. Next he tips his head, fully fanned, all the way back until it touches his back, as he lets out another sexy croak.

And this is just one of his fancy courtship moves.

Hooded Mergansers, affectionately known as “Hoodies,” nest across most of the northern states and well into Canada. They’re especially prevalent around the Great Lakes, though some winter as far south as Florida. By November each year, courtship and pair formation are well under way. And by early spring, these Hoodies will seek out secluded woodland ponds, where they nest in tree cavities or manmade nest boxes.

Females lay 10 or more eggs. That’s not unusual for a duck. But what is unusual is that the eggs are nearly spherical, with surprisingly thick shells. Ideally suited to the Hooded Merganser’s nest of choice – a cavity or a hole. 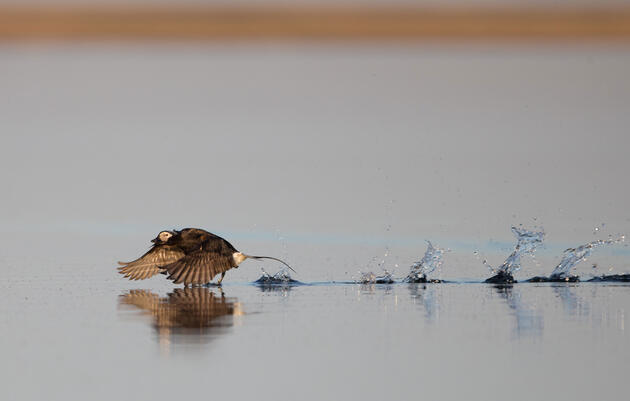 Listen to the Quirky Call of the Long-tailed Duck

It's hard to mistake this bird. 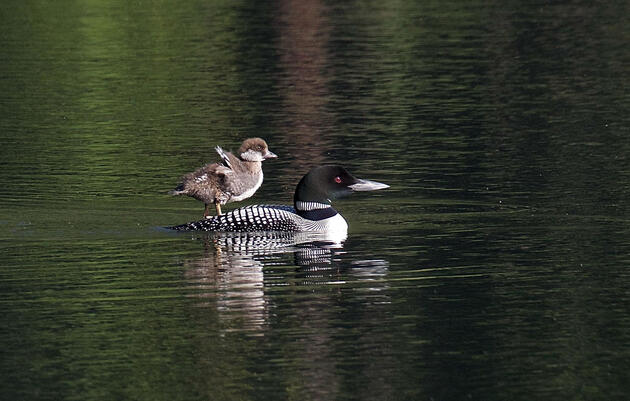