As we explore in a feature story in our Summer issue, there’s growing support in the birding community from hobbyists to professional ornithologists alike to rename these six species and the roughly 145 other birds that bear honorifics. One argument for renaming is that honorific names don't provide any information about the birds themselves or their natural history, and so they are not helpful for identification. There are also ethical and inclusivity issues: Many birds carry the names of long-dead men, some of whom were not even ornithologists and others who were enslavers, supremacists, or grave robbers.

Today the English Bird Names Committee of the American Ornithological Society (AOS), which officially determines the common names used by millions of birders and scientists across North and Central America, is in the process of crafting guidelines for defining harmful names. The committee will also determine priorities for settling on new monikers; considerations may include bestowing descriptive names that highlight unique avian attributes, restoring lost names, or referencing Latin names.

While AOS is just getting started, we thought it’d be fun and informative to invite our readers to dream up new names for the six species listed above. We’ve provided some info about each of the birds, pulled in part from our field guide, and we offer these naming guidelines: 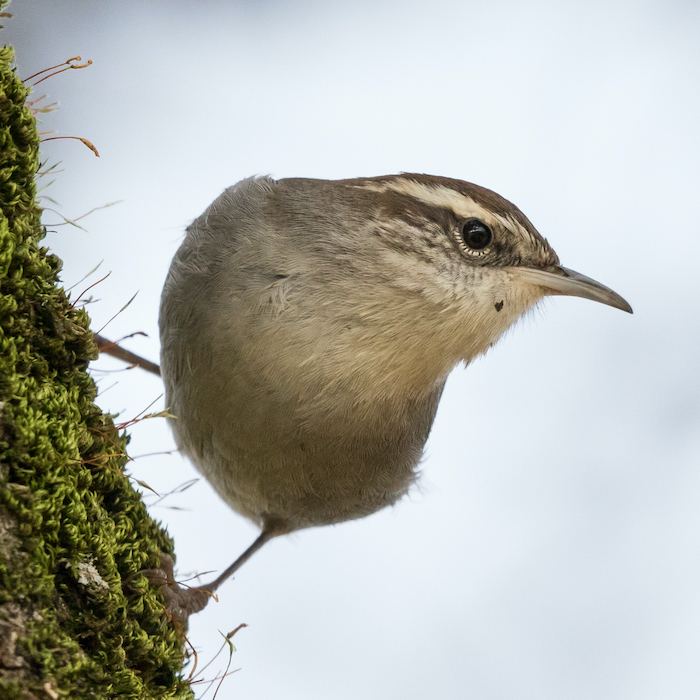 John James Audubon collected the first recognized specimen in 1821 and named it after his friend, British woodcut engraver Thomas Bewick (pronounced like “Buick”).

Favor dry brushy areas, chaparral, scrub, and thickets in open country, and open woodlands near rivers and streams. At home in gardens, residential areas, and parks in cities and suburbs.

Active and noisy birds, both males and females are recognized by their white eye-line and breast, and long, white-spotted tail. Pairs clamber about in the brush, exploring tangles and bark crevices, waving their tails about, giving harsh scolding notes at any provocation. 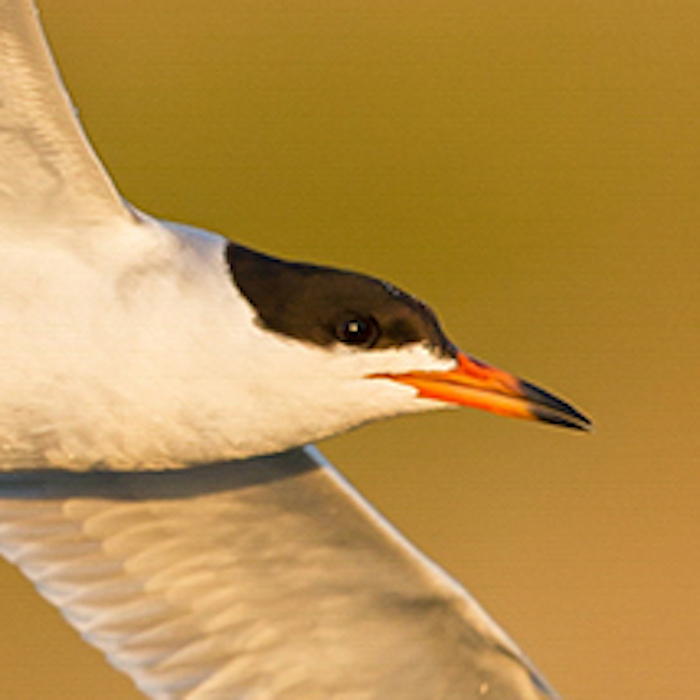 Sterna forsteri, reflects that it’s a tern and the species’ honorific namesake

Johann Reinhold Forster, a German naturalist who accompanied Captain James Cook on his second Pacific voyage in the late 1700s.

Breeds at scattered locations throughout North America and winters along the California coast and Eastern Seaboard south to Central America.

Marshes, lakes, bays, beaches. During the summer it hangs around marshes, either coastal salt marsh or large marshy lakes in the interior. It’s less particular about the type of water it visits during migration—marshes, lakes, bays, and coastal beaches will do. Winters mostly along coastlines, especially around estuaries, inlets, coastal lagoons, and sheltered bays.

Forster's Tern looks so much like a Common Tern that it was largely overlooked by Audubon and other pioneer birders. However, Forster's is more of a marsh bird, especially in summer, when it often nests on top of muskrat houses. 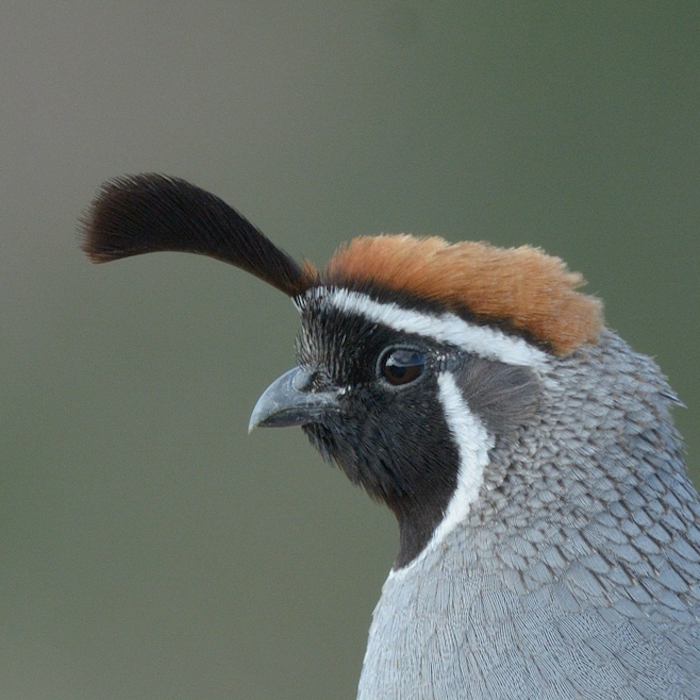 The Sonoran desert is home to this distinctive bird.

Gambel's Quail is often abundant near desert streams and waterholes, with coveys walking to the water in the morning and evening, giving a variety of clucking and crowing notes.

As cities have spread throughout the desert southwest, these birds have adapted to life in the surrounding suburbs, coming into back yards to eat grain scattered for them. At night, coveys of Gambel's Quail roost in bushes or low trees. While looking very similar to the California Quail, a non-patterned, creamy belly featuring a black patch and the redder cap of the male distinguishes the Gambel’s. 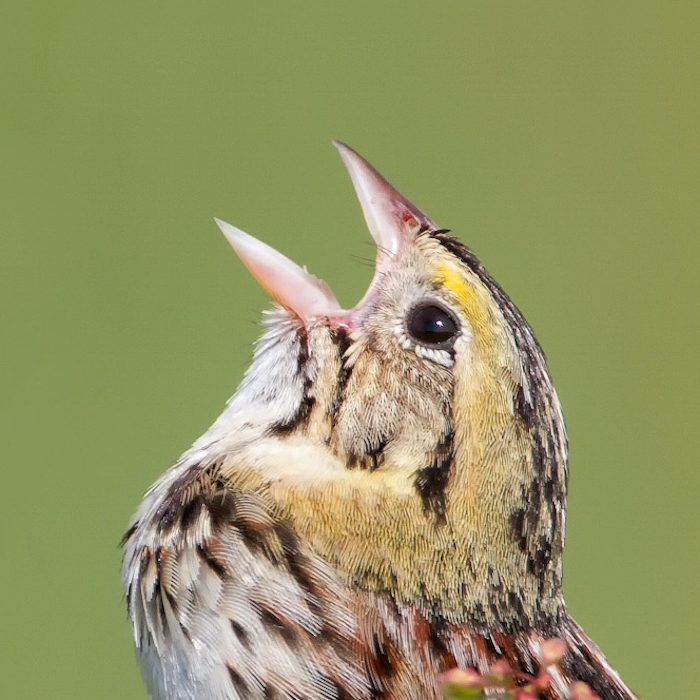 This inconspicuous bird breeds in weedy fields in the Northeast and winters in the Southeast.

In summer, this little sparrow climbs to the top of a weed stalk, throws its head back, and delivers one of the least impressive of all bird songs, a short tsilick. When not singing, the bird is extremely hard to observe, hiding in dense grass. If flushed, it flies away low for a short distance before dropping into the weeds.

The bird’s dry, thin, insect-like song, has been aptly described as a “feeble hiccup.” Adults have a large, heavy bill and short, pointed tail. Face features a yellow wash and black patch behind the eye. 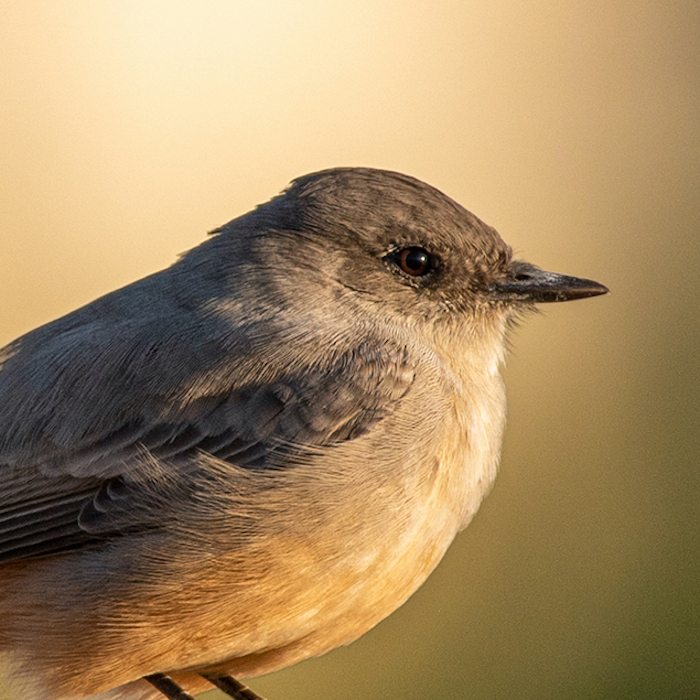 Sayornis saya; an unusual case, all three names of this species honor Thomas Say, who collected the first known specimens

French biologist and ornithologist Charles Bonaparte first described this species using specimens collected by American naturalist Thomas Say, who Bonaparte then named the bird after. Say was the first secretary of the prestigious Academy of Natural Sciences.

Western North America, from central Mexico to arctic Alaska and into Great Plains.

While it’s like the other two phoebes in its tail-wagging habit, this soft-voiced species has no special attachment to vicinity of water. In open terrain where there are few high perches, Say's Phoebe may watch for insects in the grass by hovering low over the fields. 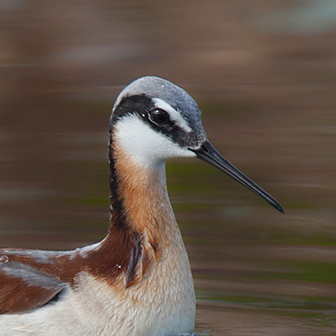 Alexander Wilson, a chronicler of birdlife during the early 19th century who is widely considered the father of American ornithology.

While the two other phalarope species nest in the Arctic and winter at sea, Wilson’s is a bird of inland waters. It nests mostly on the northern Great Plains and overwinters in South America.

This odd shorebird swims on prairie marshes, where it can also be seen engaging in the distinctive spinning behavior while foraging that all pharalopes are known for. Huge numbers may gather in fall on Great Salt Lake and other saline lakes in the west before migrating to South America.

Unusual in the bird world, female phalaropes are the brightly colored sex. As with the other two phalarope species, females compete for males during courtship. Once they lay eggs, the moms leave all parental duties to the dads.