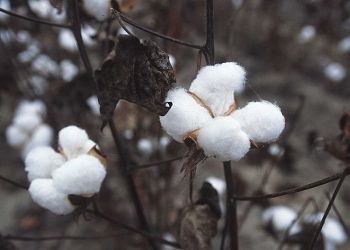 Swedish fashion company H&M may have made a fashion—and eco—faux pas. Lab analysis revealed that some of the clothing the popular purveyor labeled certified-organic cotton is contaminated with genetically modified cotton. Other leading European retailers including C&A may be in the same boat, reports sustainable fashion website Ecoturre (citing a story in the German edition of the Financial Times).

Here’s the story: The independent lab run by the company Impetus tested samples of cotton fabric, and found that about 30 percent contained genetically modified cotton. The lab traced the GM cotton to India, which supplies more than half the world’s supply of organic cotton. Indian authorities say the fraud is occurring on a “gigantic scale,” and blame third-party certification agencies. But they can’t be saddled with all the blame, Ecoturre reports:

The fault, however, could lie with the offending brands and their inadequate monitoring of their overseas supply chains. “The fashion chains were not vigilant enough,” Monika Buening of the Federal ConSumer Affairs Agency, told the Frankfurter Rundschau, adding that both H&M and C&A need to act tout de suite to minimize the damage. A spokeswoman from H&M told AFP that it became aware of the problem last year and conceded that GM cotton could have slipped into the label’s organic collections.

C&A, meanwhile, released a statement saying that it “will conduct an immediate in-depth-investigation on site in India.”

While companies should undoubtedly be more vigilant, perhaps the tainted material isn’t that surprising. Studies in Nature and Molecular Ecology found traces of transgenic corn in native crops in Mexico, despite the country’s ban on GM crops (the ban is no longer in place—last year the government decided to allow cultivation of the first genetically modified corn).

And more and more biotech crops are being planted across the globe. “The number of countries electing to grow biotech crops has increased steadily from 6 in 1996, the first year of commercialization, to 18 in 2003 and 25 in 2008,” the International Service for the Acquisition of Agro-Biotech Applications (ISAAA) found in its 2008 report. In India alone, an additional 1.2 million famers planted GM cotton between 2007 and 2008, and during that period the percentage of cotton grown that is genetically modified grew from 66% to 82%. Click here to see a breakdown of the countries growing biotech crops.

Will the allegations against H&M and other companies change the way you shop, or your views on the organic label?