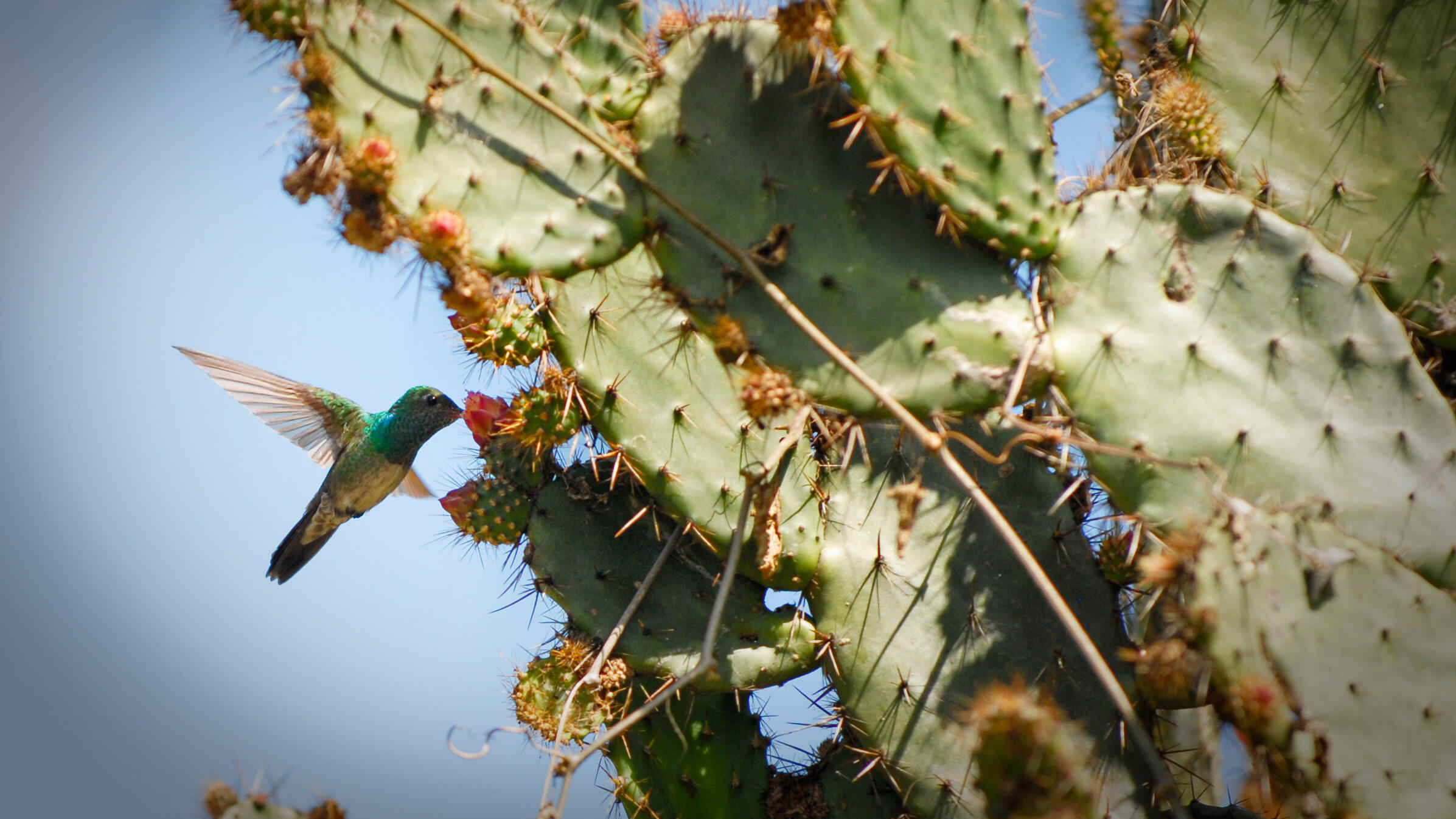 Hope for the Honduran Emerald Hummingbird

The recent decision to list the bird as endangered could help target smugglers and open research opportunities.

The U.S. Fish and Wildlife Service announced this week that it would protect the Honduran Emerald, a hummingbird that lives only in the Central American country of Honduras, under the Endangered Species Act. The ruling to safeguard the hummingbird, which will be designated “endangered,” will go into effect on August 28.

The Honduran Emerald has always been uncommon, but in recent years its numbers have dipped sharply. Today, the USFWS estimates, only 5,000 to 10,000 breeding pairs of Honduran Emeralds remain. The species is even more vulnerable because it exists only in shrubby, arid areas of Honduras. “It’s [filled with] cactus, it’s dry, it’s hot, it’s brutal,” says Robert Hyman, a fellow at the Royal Geographical Society and a champion of Honduran Emerald conservation. “The cattle are chewing on cactus. [The plants] don’t always get rain, so the flowers on the cactus [that the Emeralds feed on] don’t always bloom, and the birds have to move around.”

Unfortunately, “moving around” has gotten problematic, because the hummingbirds have fewer and fewer places to go. With the expansion of cattle ranching and palm oil and banana plantations, the Emeralds have been left with only about 10 percent of their former range. David Anderson, a hummingbird expert who now works with The Peregrine Fund, predicts that at the current rate of human expansion, the birds’ habitat may be gone entirely by 2025.

Listing the Honduran Emerald won’t do much for the birds that still live in Honduras, since the USFWS can’t enforce the ESA outside of U.S. borders. For example, despite the outrage the shooting of Cecil the famous African lion has caused, the Minnesotan dentist responsible for the death won't face prosecution in the States. That's because the hunting took place outside the U.S. (and in this case, lions aren't currently on the endangered species list, anyway). But the instant a listed animal, or its carcass, crosses into the States, the ESA kicks into action. So under the new ruling, anyone caught bringing the Honduran Emerald hummingbird into the United States, alive or dead, could face fines and even jail time. To date, nobody’s been caught taking a Honduran Emerald illegally, but hummingbird smuggling does happen. In 2010, for example, a Dallas man was caught sneaking 61 dead hummingbirds in from Mexico.

So will the new listing help the Honduran Emerald? “Absolutely,” says Hyman. The USFWS’s interest in the species might open up federal-grant opportunities for scientists and organizations, which are eager to learn more about the species. Because so few people have studied the hummingbird, much of its life remains a mystery, and nobody knows just what it will take to save the species.

Plus, there’s still time for the Emerald. Other hummingbird species, such as the Violet-Throated Metaltail, have experienced drastic habitat loss and survived—albeit barely. Luckily, Hyman and other conservationists are determined to fight for the hummingbirds’ survival. “It’s an uphill battle—it’s always been an uphill battle,” he says.