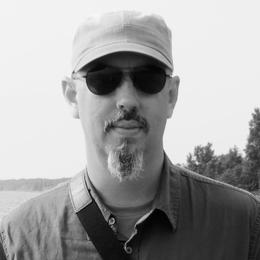 Sandhill Cranes winter in southeastern Arizona in flocks of tens of thousands, and I saw them by accident. I can’t pinpoint a single moment when I decided to start birding, but seeing those birds (and also a fictitious Golden Eagle) was definitely a tipping point.

My partner, Elizabeth, and I were visiting friends in Tucson and needed a day trip. We picked the Whitewater Draw Wildlife Area almost at random, mostly as a destination to keep us from wandering aimlessly. The description promised cranes by the thousands in the middle of the desert. That can’t be right, we thought.

If this doesn’t sound truly “accidental,” here’s more proof: We didn’t have binoculars.

Less than a minute from the parking lot, we saw the cranes. There were several thousand present, and it was truly a marvelous sight. My mind reeled.

We strolled around and came upon a sign that promised Golden Eagles lived in the area. We scanned the sky and waited for the majestic bird. We saw several big, dark birds with glints of gold in the plumage. To this day I still don’t know what we saw—Harris’s Hawk? Turkey Vulture?—but we called all of them Golden Eagles. Days later we thought, maybe not all of those were Golden Eagles. (It remains one of our longest-lasting jokes: calling every unidentifiable bird a Golden Eagle.)

We also saw many other birds in the water. I couldn’t identify a thing. For the first time in my life, I was diligently observing the natural world around me, and it broke my brain a little not to understand it.

It has taken me years to learn that signs, range maps, and printed checklists are not promises of birds but rather tools for making the most of the natural world. It’s sort of like Renaissance paintings of God—sure, they spark the imagination, but don’t go outside expecting to see the stuff.

Flash forward to a recent trip I took to Oregon, hiking through a dry canyon, waiting to see Golden Eagles that I had read were abundant in the area. I was happy about the Varied Thrushes and other lifers I had spotted, but my heart was set on the eagle.

It was early, the sun was strong on the sides of the cliff, and the thermals were rising: ideal conditions (probably?). Before long, I saw a Golden Eagle! Huge bird, soaring high, very dark with hints of gold as it banked, strong wing beats. I was over the moon. Then I saw another one! Wow, this was truly a good spot. Then I saw another. And another. Elation slowly turned to deflation.

They were not distant Golden Eagles; they were not-very-distant Common Ravens. This was 11 months ago.

After all these years, I’m still a pretty inept birder. Sure, I’ve improved, but the learning curve has yet to flatten much. Once I learn a few new warblers, there are more sparrows, then ducks, then gulls, and then . . . autumn (every year!), when plumages change.

But this is all part of the magic, of course. Every time you learn something, you learn there are more things to learn. That’s the thing about discovery—it makes the world bigger, not smaller. With birding, my world has never been bigger.