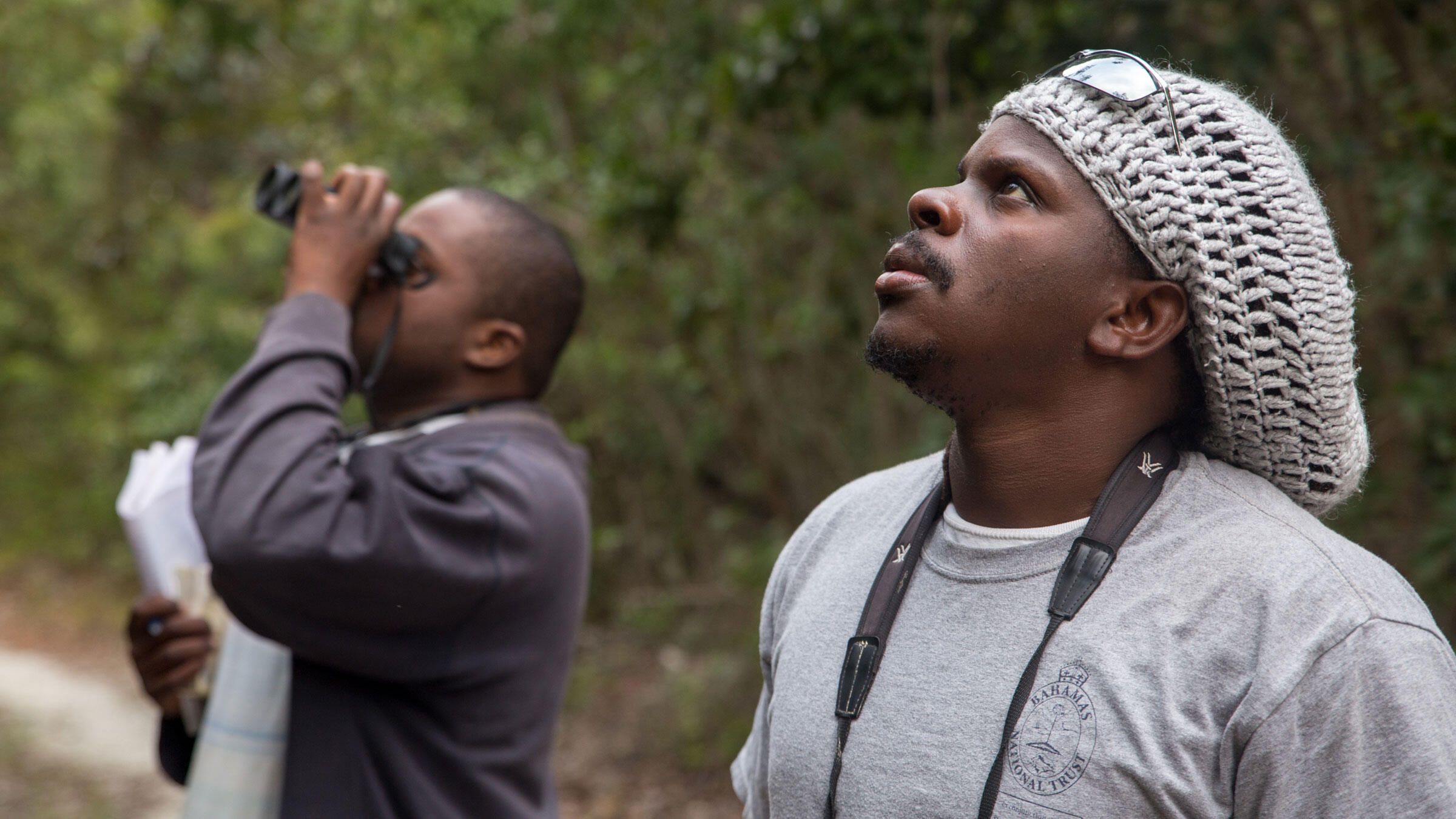 (Editor's Note: This is the first installment in a story series that will explore the various birding destinations supported by Audubon's bird-based conservation efforts.)

In developing countries around the world, a lack of economic opportunities often drives local people to engage in activities that degrade natural resources. Unsustainable timber extraction, poaching, and land clearing for agriculture diminish the long-term value of these ecosystems for biodiversity—and, ultimately, for the local people who rely on them for resources.

Ecotourism has been embraced by many as an economic alternative that can raise incomes for people who live close to biodiversity-rich areas while helping to conserve natural resources. But marketing pristine natural habitats as tourism “products” doesn’t always bring significant benefits to surrounding communities. “In the Bahamas, we’ve seen so many conservation programs come and go,” says Scott Johnson, science officer with the Bahamas National Trust. “Sometimes they get what they want and then leave, without building relationships in the community.”

Large companies and developers from outside the area can dominate the local ecotourism economy,  and their hotels and stores often divert money away from the community. Without the support and economic involvement of entrepreneurs and small enterprises, even well-designed ecotourism ventures will fail to generate the kind of local support that is necessary for real and long-lasting results.

“When that happens, local people can sometimes feel used; they feel that they’re not benefitting,” Johnson says. “In the long haul, that is not good for conservation, because it will not give people a lasting motivation to protect a place.”

Audubon promotes conservation in Latin America and the Caribbean by creating grassroots economic opportunities and incentives through bird-based tourism. Here are some of the ways the program has been succesful so far.

I met Johnson at the north end of Andros Island, a long, low series of islets with stark, scrubby landscapes and straight roads that make it seem more like western Texas than the Caribbean. Andros is one of the pilot locations of an innovative Audubon program that promotes conservation in Latin America and the Caribbean by supporting birding-focused entrepreneurs in the Bahamas, Belize, Paraguay, and two regions of Guatemala. The pilot program is funded by the Inter-American Development Bank’s Multilateral Investment Fund (MIF) and the National Audubon Society. My visit to Andros was just the first of a series to see the progress the program has made across various locations—while also seeing some great birds.

Andros is not the Bahamas that most tourists know. On this and other less developed islands, unemployment is high, poverty is increasing, and ambitious, talented young people often leave to pursue opportunity elsewhere. For birders, though, Andros is a paradise. Depending on the time of year, a visitor can see world-traveling shorebirds such as the Piping Plover or inland residents like the Great Lizard-Cuckoo. Other uncommon birds that I would pursue, with Johnson as my guide, include the Bahama Yellowthroat, Bahama Oriole, and Key West Quail Dove.

The Audubon team chose Andros and all of the other pilot sites by layering poverty maps over maps of Important Bird and Biodiversity Areas (IBAs) and other protected areas that are likely to attract bird-watchers. Then, Audubon and its partners developed a bird-guide training curriculum tailored to local cultures and languages, as well as basic business, hospitality, and language training. The program also provided equipment for guiding, trail development, and other support. The objective is to build ecotourism capacity and create a network of community-based birding destinations that offer skilled local birding guides and high-quality interpretation, as well as lodging, food, and related goods and services tailored to the birding market.

To encourage demand for local entrepreneurs’ services, Audubon has reached out to its members, urging birdwatchers to consider stepping outside the tourist mainstream to visit destinations where a birding vacation could help to enrich important ecosystems for both people and nature. It has also partnered with Holbrook Travel, which provides special packages for some of the locations.

The effort dovetails with the BirdLife Flyways Program, which is working to protect chains of IBAs that are critical for migratory birds and to reduce threats along these routes. That’s good news for birds and birders, since target areas include some of the most threatened ecosystems in the region—many of which host migrating species that are familiar to bird-watchers in North America.

In terms of grass-roots economics, the pilot program has been tremendously successful. Thus far, 284 men and women have attended basic guide training, and 73 have completed advanced training.  In countries evaluated at the beginning of the first phase of the program and at the end, three years later, average yearly income for trained bird guides increased between 46 and 68 percent.

With the success of this pilot phase, Audubon has expanded the program to other sites throughout the Americas, beginning with Colombia’s Caribbean Coast. Supported by USAID and the Colombian government, the initiative will soon be replicated across Colombia.

“We’ve demonstrated that bird-based tourism is an economic alternative that can raise incomes in communities living close to biodiversity-rich areas, while helping to conserve natural capital,” says Matthew Jeffery, director for the Caribbean and deputy director of international alliances programs for the National Audubon Society.

“I’ll admit I was skeptical about whether this project could make a real difference,” says Johnson, of the Bahamas National Trust. “But I think the sustained effort has started to pay off. Conservationists are building relationships in the community and people feel that they’re benefitting from the work that’s being done.

“That’s good for our people,” he says, “and it’s good for the birds and their habitats too.”