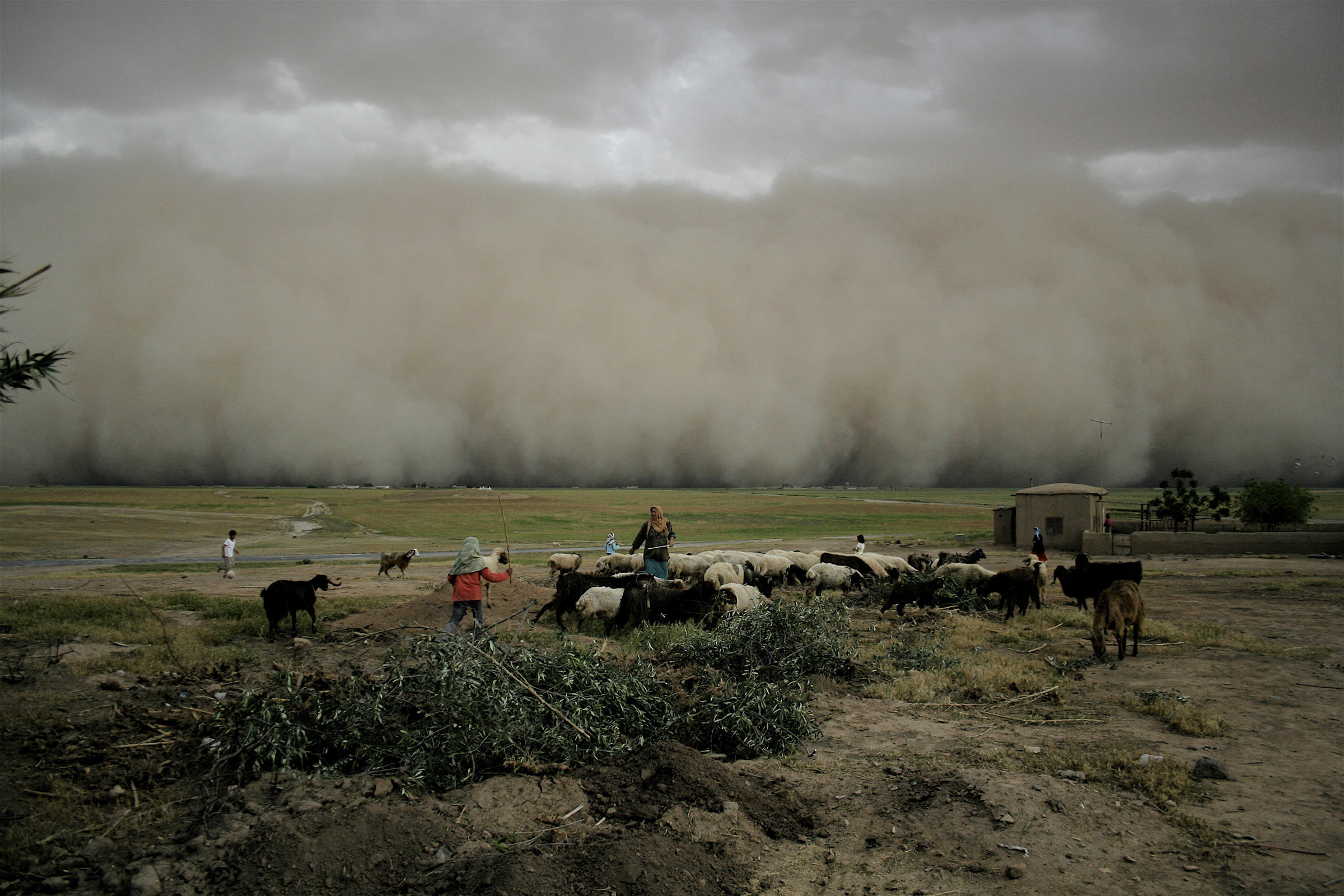 How Climate Change May Have Helped Spark the Syrian Civil War

A new study draws a link between a warming climate and the outbreak of conflict.

Hundreds of thousands of people have been slain so far in Syria’s ongoing civil war. Prevailing wisdom blames the multi-sided conflict—more an aggregation of atrocities than systematic ground war—on a brutal dictator and long-simmering sectarian differences that broke open during the Arab Spring of 2011. Now, an unusual collaboration of climate and political scientists wants to add to the list another factor that helped touch off the violence: Climate change.

Political observers already believed that drought-induced food shortages and overcrowding were partly behind the Syrian people’s dissatisfaction with the repressive Assad regime, which later ripened into open war. But a study published in Proceedings of the National Academies of Science today reports that Syria’s 2007-2010 drought—its worst on record—is part of a larger trend toward more frequent, more severe droughts that can’t be attributed solely to natural variability, says Colin P. Kelley, a postdoctoral fellow at the University of California, Santa Barbara, who co-authored the study. Climate change, Kelley and his colleagues conclude, contributed to the extended dry spell.

Syria’s environmental problems started decades ago. President Hafez al-Assad, the father of the current president who ruled from 1970 to 2000, contributed by increasing agricultural production of water-intensive crops like cotton, despite growing water shortages. That drained Syria’s aquifers, increasing the country’s vulnerability to drought, the authors maintain.

The worst drought on record to hit the Fertile Crescent—the birthplace of agriculture—arrived in late 2006. During the three-year dry spell farmers suffered massive crop failures and watched helplessly as their livestock died en masse. The price of wheat, rice, and animal feed skyrocketed. In 2008 and 2009, when wheat-producing regions saw only 15 to 30 percent the average rain accumulation, the country had to import the staple cereal for the first time in its history. The dust bowl forced farmers to relocate to the peripheries of cities—1.5 million people left the farming villages for cities, which increased unemployment, resource scarcity, and crime. By 2010, the study finds, 20 percent of Syria’s urban residents were refugees of either war in neighboring countries or failed farms elsewhere in Syria.

The government addressed the bad farming conditions with worse policy. In 2008 Syrian President Assad cut fuel and food subsidies to the bone—the price on diesel, needed to ship produce to market, tripled over a single night. Protests against Assad’s regime coincided with the Arab Spring breaking out in the region in 2011, with Syrian agricultural subsidies, food shortages, ethnic, and sectarian antagonisms all jostling one another for center stage. Assad, already known for jailing and killing human rights activists, responded with mass incarcerations and bullets.

The initially peaceful protests quickly ballooned into a multi-sided civil war, with various anti-Assad rebel groups, the fundamentalist Islamic State, or ISIS, and the government all fighting one another on multiple fronts. More than 200,000 people are believed have died so far, and there appears to be no end in sight to the violence.

This isn’t the first study to link climate change to social unrest. In 2013, for instance, researchers at Stanford demonstrated that for every one standard deviation above an area’s average temperature, intergroup violence increases by 14 percent. And last year’s IPCC forecasted the crumbling of global civilization if climate change continued unchecked. Even the United States military has begun to address climate change as a national security threat. “There’s not so much a sense of urgency,” says Shahrzad Mohtadi, a graduate student at Columbia’s School of International and Public Affairs and study co-author, “but there is definitely a sense of awareness.”

Even though this particular drought is over, Kelley’s team forecasts the Middle East is in for more dry spells, and they will likely be worse. The researchers stop short of naming warming weather as the primary cause of the Syrian conflict, but the implication is clear: The world might be watching one of the first instances of a modern society collapsing under climate change.