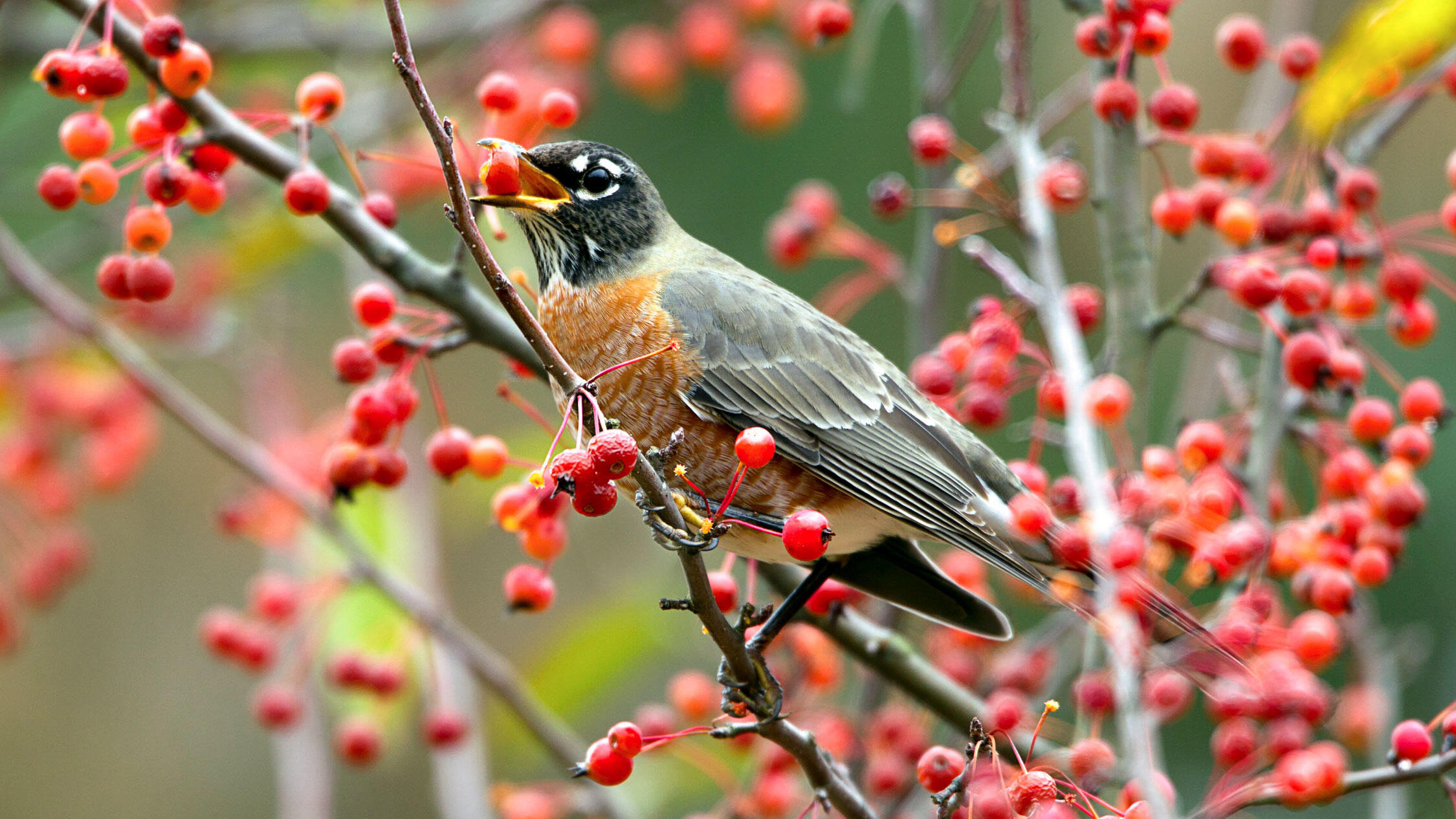 When Ken Chaya first began birding in Manhattan’s famed Central Park 30 years ago, he took the same approach as everyone else, relying entirely on his eyes, binoculars, and ears to detect species in the leafy canopy.

Nowadays, Chaya still carries binoculars around his neck—two pairs, in fact—and listens closely for birdsongs. But he’s adopted another nifty technique: tree telepathy. As a botanical expert who’s known in some circles as the “tree guy,” he’s gained a deep understanding of birds’ habitat preferences—one that goes beyond the write-ups found in ordinary field guides. By linking certain birds to very specific types of flora, he often knows what to expect without even looking up.

The practice of “birding by tree” can fly anywhere, Chaya says, but it’s especially useful in Central Park, which has an astounding 183 tree and woody-shrub species. Chaya knows every single one: In 2011, he co-created an incredibly detailed tree map that covers the 843-acre oasis. (He’s also a freelance graphic designer, nature-walk leader, and author of an upcoming book on Central Park.) “No matter what the bird eats, whether it’s insects, insect eggs, larvae, sap, seeds, fruit, spiders, spider mites—there’s something here for them,” he says.

Here are Chaya’s most helpful observations from his forays in the woods: 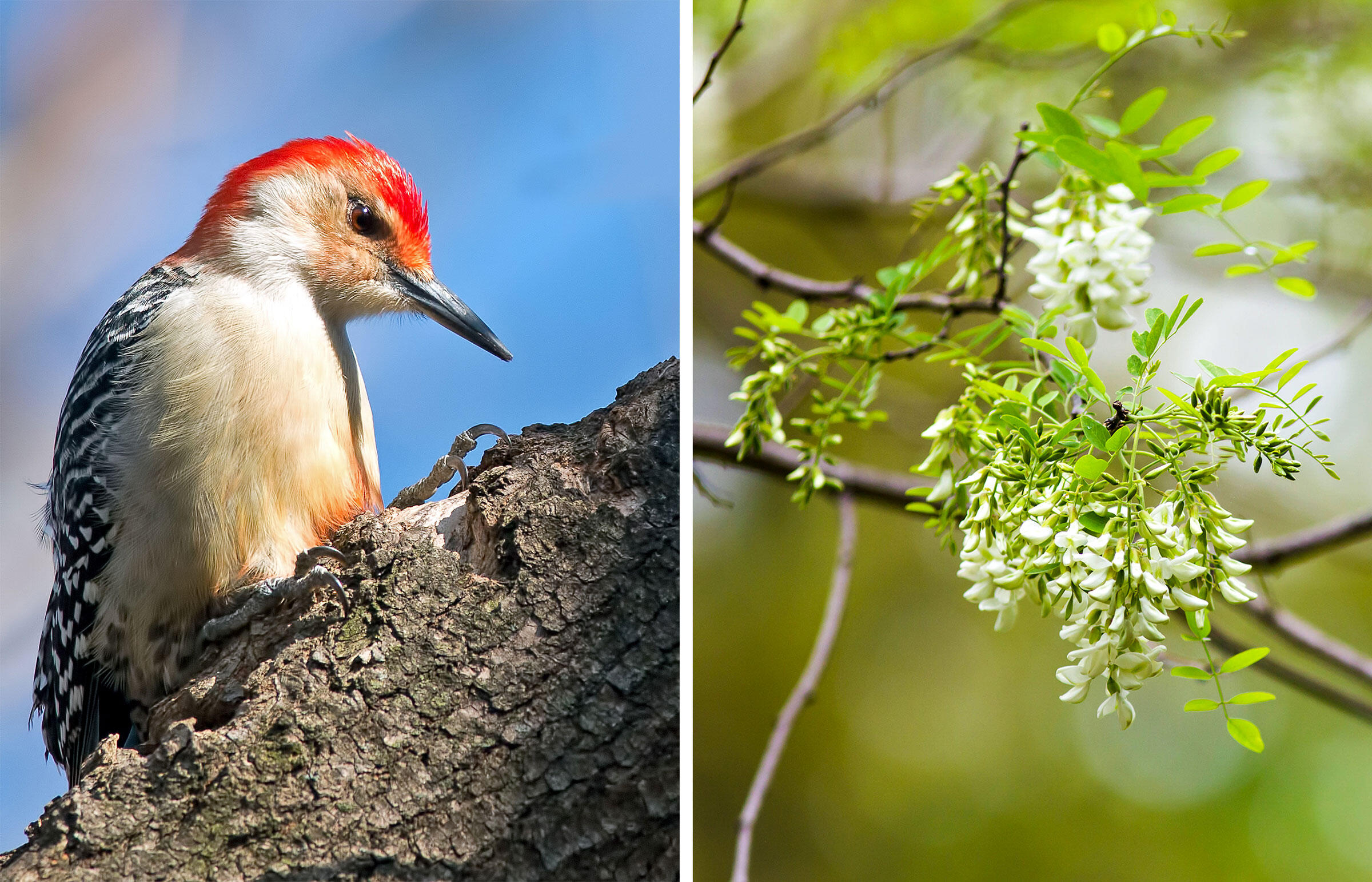 Hard and durable, black locusts are tailor-made for Red-bellied Woodpeckers, which cache food in their deeply ridged bark. “They’ll take an acorn and pound it right in there,” Chaya says. Their hiding spots don’t fool everyone; Chaya often sees Blue Jays raiding the stashes as soon as the woodpeckers leave. Red-bellieds also carve nesting cavities into black locusts. This, too, attracts unwanted visitors: “Sometimes starlings wait for them to do all the work and then drive them out,” adds Chaya. 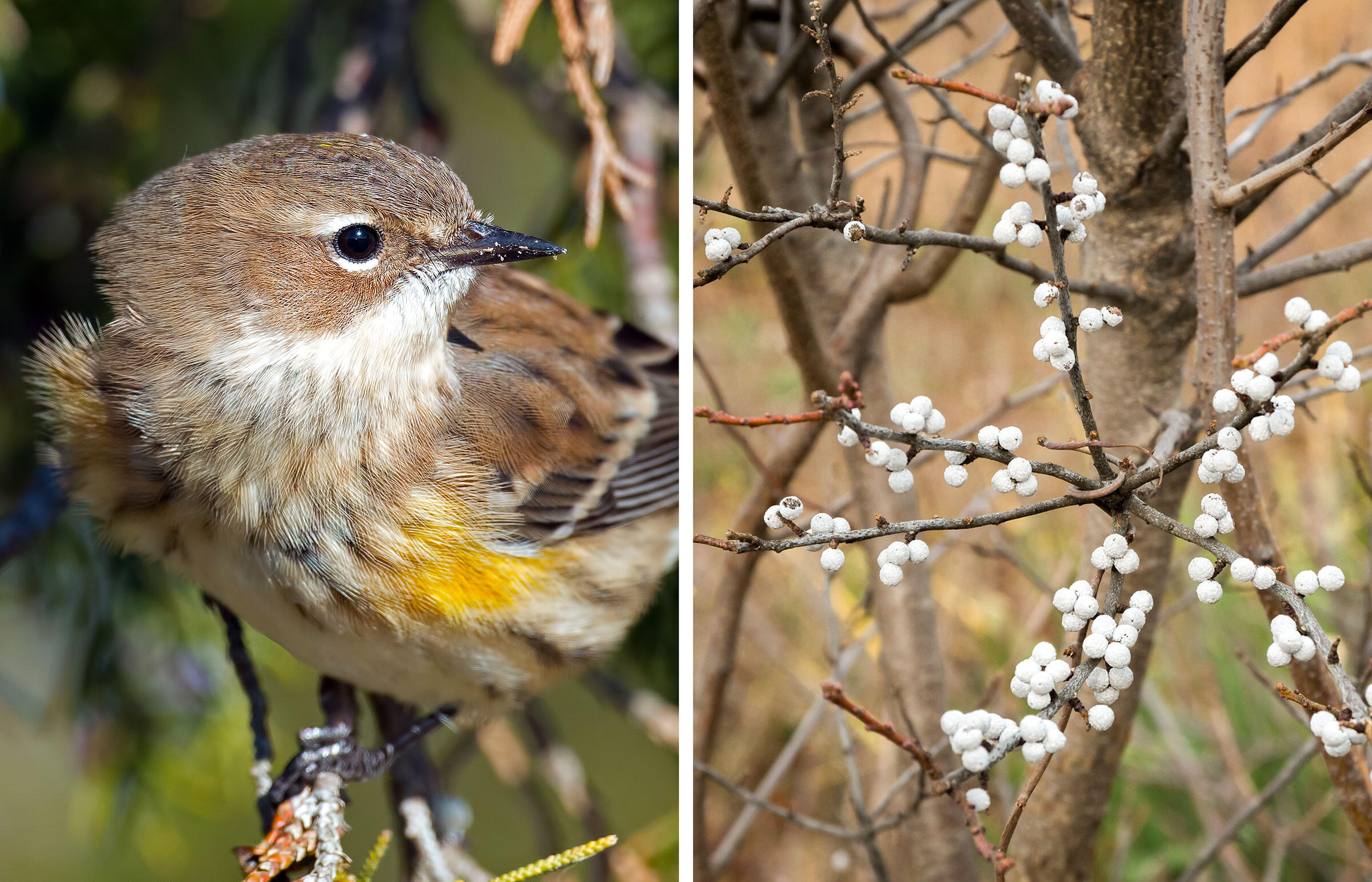 In winter, Yellow-rumped Warblers can survive almost entirely on bayberries, a fruit which no other warbler can digest. As a result, this species is able to survive much farther north than the rest of the parulids. Central Park doesn’t have any bayberries, but during the colder months, Chaya sees Yellow-rumpeds just a few miles away along the coast, including at Plumb Beach in Brooklyn and Jones Beach on Long Island. 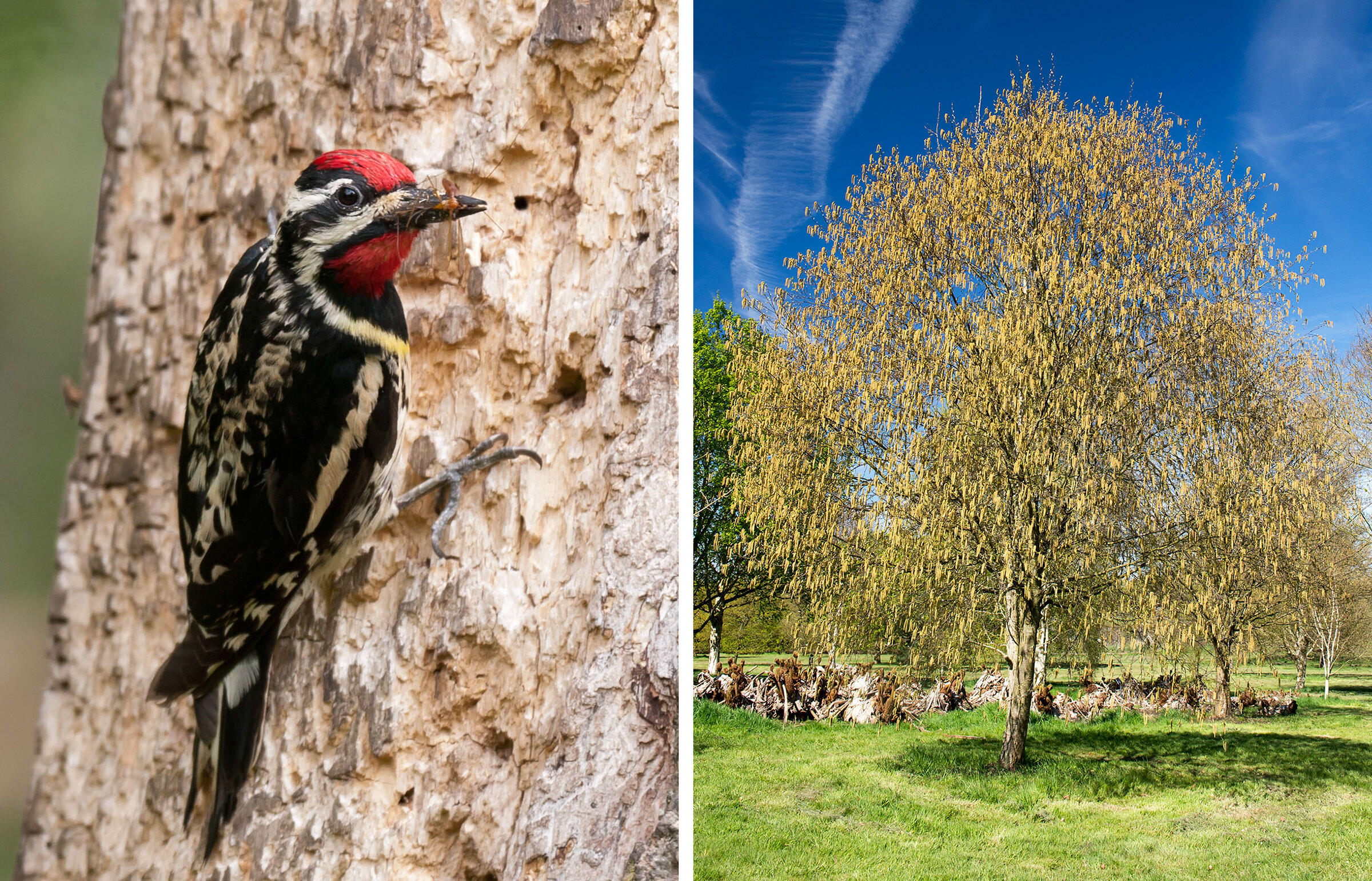 Like kids on a candy binge, Yellow-bellied Sapsuckers frequent sweet birches, puncturing orderly rows of holes in the bark to tap the riches within. Last fall, Chaya watched a sapsucker pound away at a pair of adjacent sweet birches until they were “riddled like Swiss cheese.” When he returned the following day, he discovered a 15-foot “sap lick” that had attracted more Yellow-bellieds, bees, wasps, flies, and other avian species. “I tasted it myself,” Chaya says. “Very sweet!” Sugar maples, of course, are another sapsucker favorite. 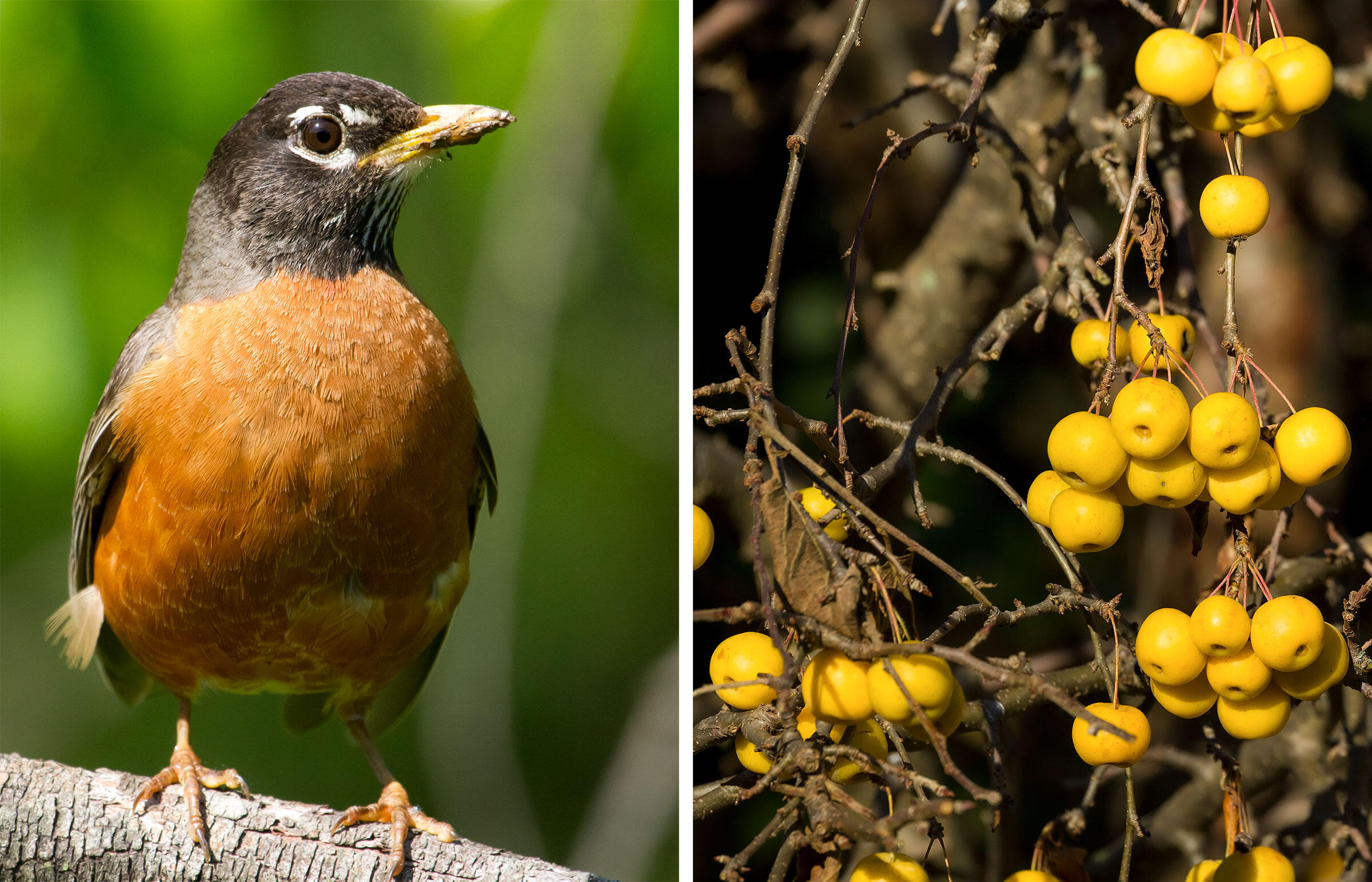 For birds, food can be hard to come by during snowstorms. Luckily, Central Park has many trees that retain their fruit all winter, providing sustenance for American Robins, Northern Mockingbirds, and other berry eaters. Hardy birders might do well to stake these places out. This January, after a blizzard dropped a near-record 26.8 inches on the park, Chaya observed a flock of robins gorging on “old, shriveled crab apples the size of raisins.” 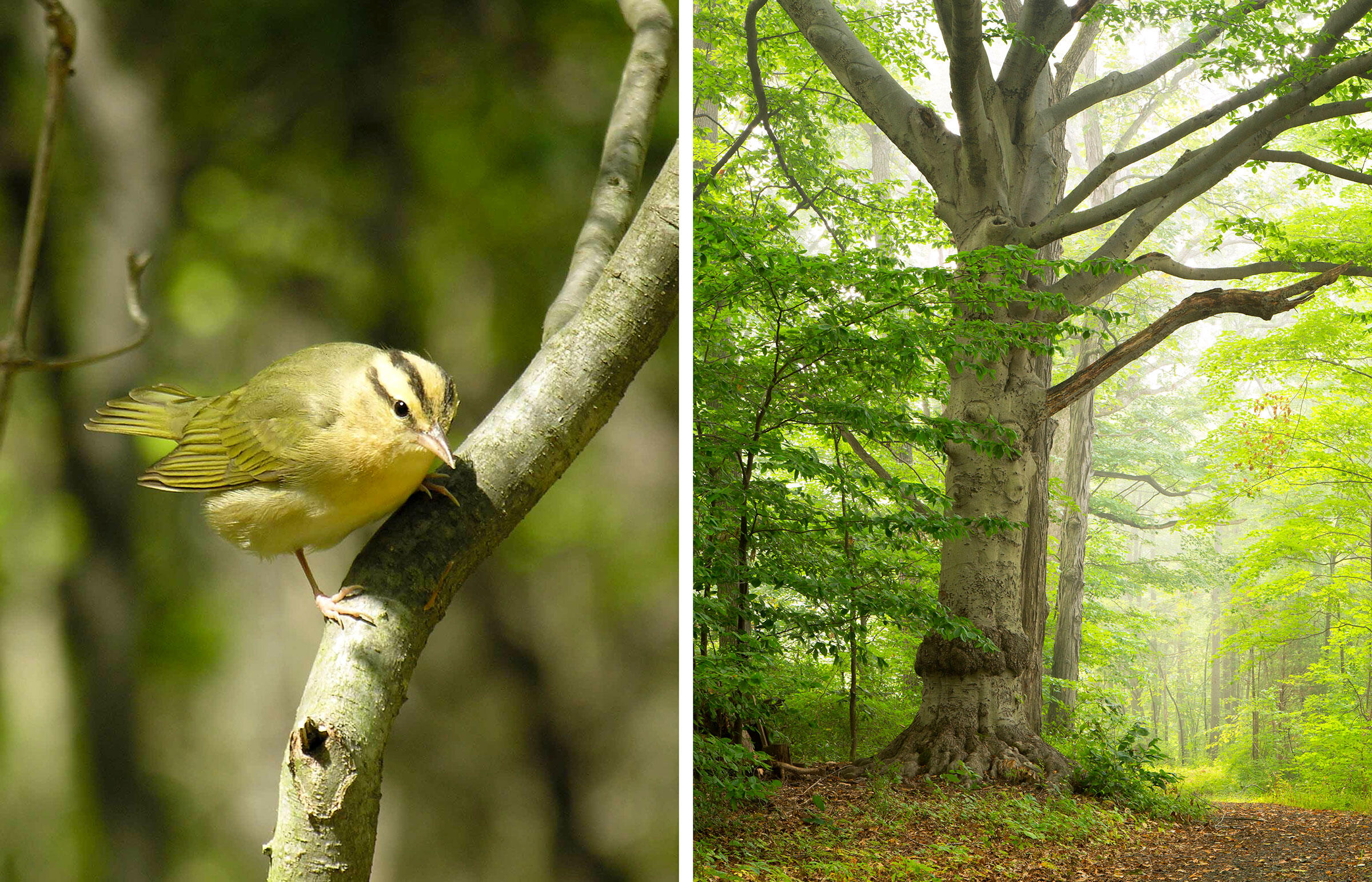 Most of Central Park’s deciduous trees go completely bare in winter. But American beeches and oaks—particularly juvenile ones—tend to hang on to bunches of brown, withered leaves: a phenomenon known as marcescence. These marcescent clusters provide an ideal setting for insects to lay eggs, Chaya says. When the larvae hatch in spring, Worm-eating Warblers and other songbirds descend on the leaves to feast. 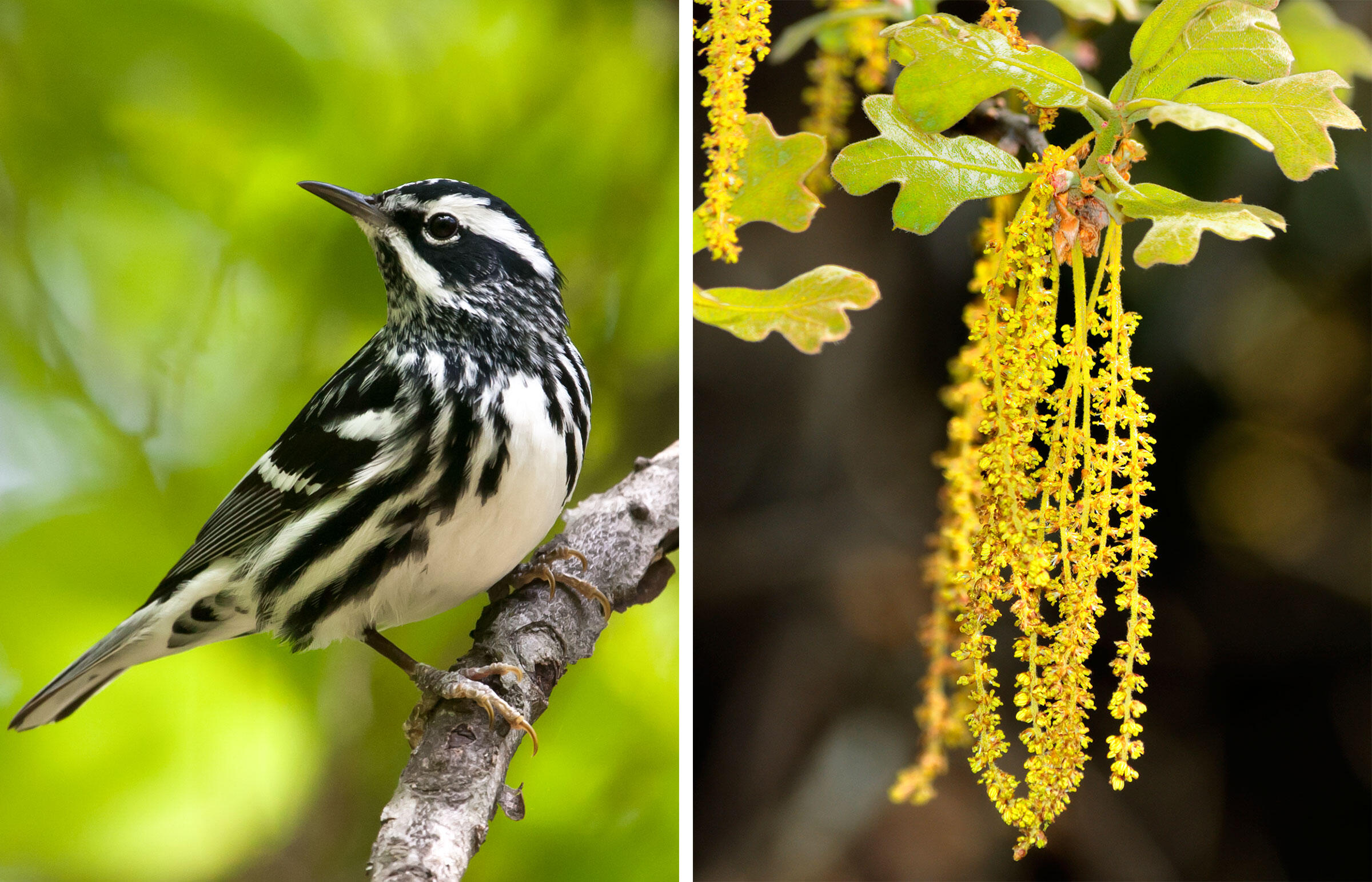 Warblers are arguably the most sought-after spring migrants. In Central Park, the flowery catkins on oak trees are really the best place to find them. “In [late April and early May] the catkins are warbler magnets because they’re insect magnets,” Chaya says. Wasps, caterpillars, and aphids are all attracted to these male inflorescences. 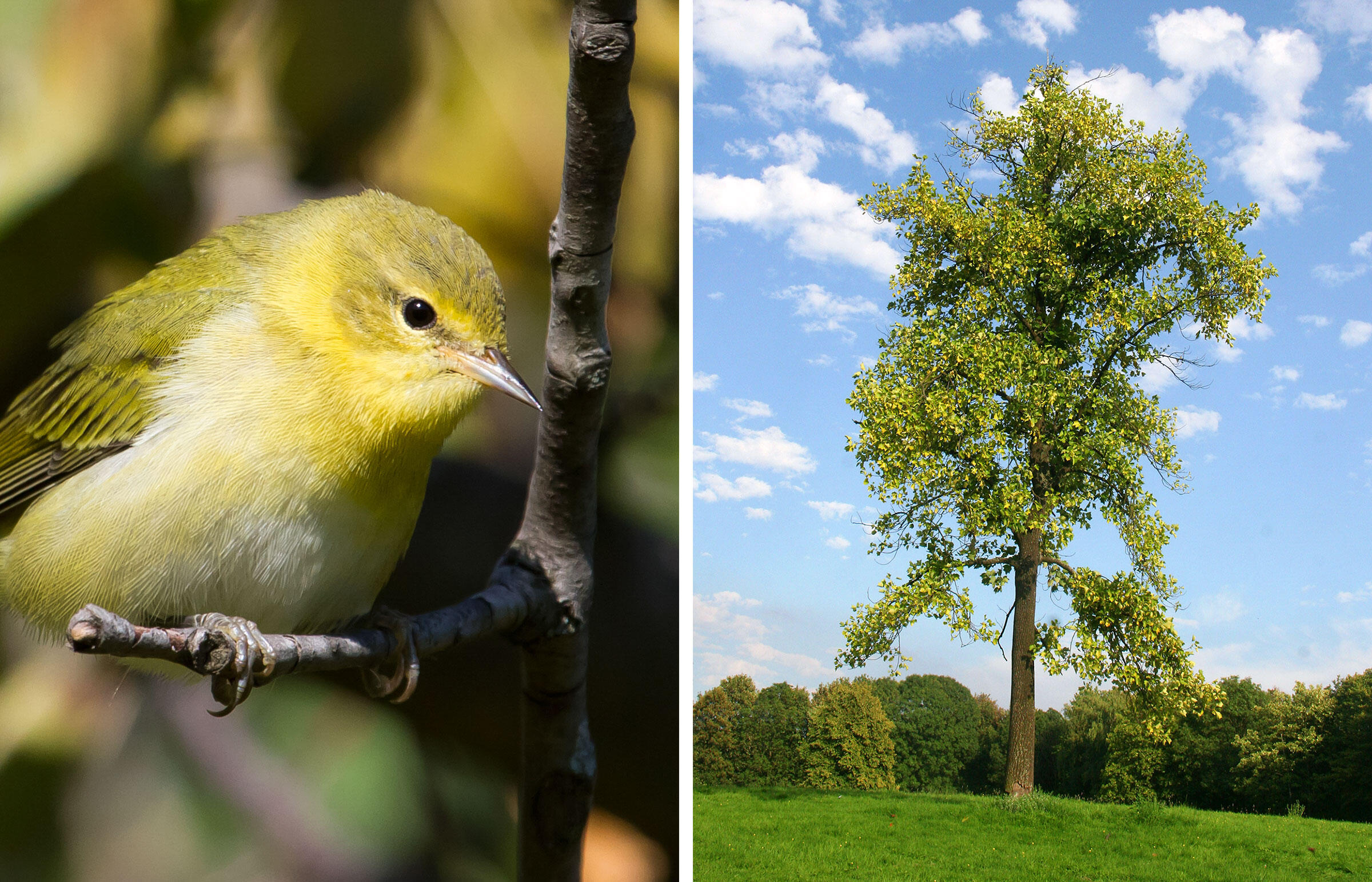 When they’re in full bloom in May, tulip trees serve as another warbler hotspot, thanks to the insects that flock to their spectacular flowers (which superficially resemble garden tulips). The Tennessee Warbler, an uncommon visitor to Central Park, seems to especially favor them, Chaya says. In addition to snatching up bugs, he suspects the species may drink the flowers’ nectar.

These little tips are just the beginning; “there’s still so much we don’t know,” Chaya says. Each changing season brings a fresh set of behaviors for him to uncover and learn. “I’m [in Central Park] all year-round because the show never stops,” says Chaya. “No matter how many hundreds and hundreds of miles I’ve walked, I still find new things that interest me.”