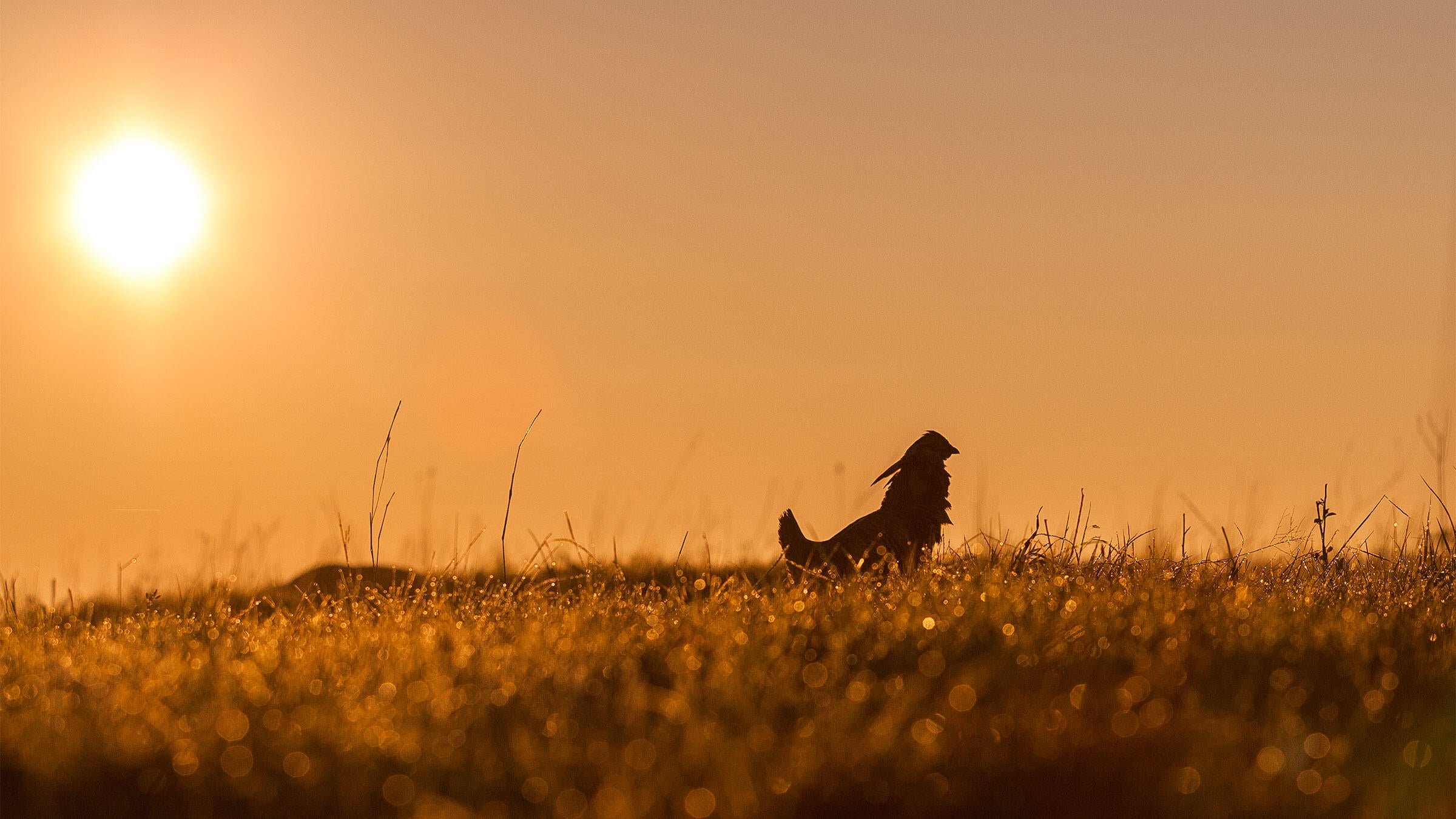 The week after Hurricane Harvey battered the Texas coast, tearing up the cities of Port Aransas and Rockport and subjecting Houston to record amounts of flooding, Terry Rossignol and his colleagues at the Attwater Prairie Chicken National Wildlife Refuge went out looking for their chickens. An endangered ground bird found only on the vanishing prairies south of Houston, the prairie chicken’s numbers have been in steep decline for decades, kept from a complete crash only through an intense program of captive breeding.

Prior to Harvey, Rossignol says they’d been tracking some 29 hens on the refuge, part of a total wild population of around 42 birds. Now, wading through the bedraggled grassland, they could only confirm the survival of five hens. For Rossignol, who manages the refuge, the worst had come to pass. “We spent the better part of the last week and a half picking up dead prairie chickens,” he says.

The Gulf Coast of Texas hosts 380 species of birds, an ornithological richness that makes it a favored destination for birders and ecotourists. Endangered species such as the Aplomado Falcon and Least Tern breed there, along with the formerly endangered Brown Pelican; every year, a multitude of migrants pass through. Weeks after Harvey, and with the fall migration beginning to pick up steam, ecologists and conservation groups are reckoning with the effects of the winds, waves, and floods.

The most direct effects of the storm fell immediately on the birds caught in it. “I've personally seen a lot of dead terns and gulls,” says Owen Fitzsimmons, conservation biologist with the Coastal Bend Bays and Estuaries Program. “People are reporting pelican [deaths]. And I’m sure there are a lot of songbirds that were too small and have already been scavenged before anyone could see them . . . My impression is that a lot of birds got killed, but we have no way of ever knowing how many, and of which species.”

Other birds will be returning to landscapes that have been badly scarred. Rookery islands such as Sundown Island—used by thousands of Brown Pelicans, herons, and egrets to nest—have been hit particularly hard, says Iliana Peña, Director of Conservation with Audubon Texas. “Erosion has been a problem for these habitat types for a while,” she says. “They’re critical for our colonial waterbirds because they’re nesting sites.” According to an Audubon field assessment, Sundown lost close to four acres of valuable land, the Second Chain Islands saw damage that could further exacerbate erosion, and several of the rookery islands experienced a complete loss of shrubbery valuable to nesting birds like herons and egrets.

The coastal forests took a hit as well. Around Rockport, the storm toppled a number of live oaks, stripped others of vegetation, and destroyed the leaf litter. While Audubon Texas hasn’t had a chance to do a broader assessment outside of the coasts, Peña says, it’s likely that some of this damage is going to affect bird species that are migrating through. Migrating hummingbirds, for example, have found flowers thin on the ground, and have taken to queuing around bird feeders (including Fitzsimmons’) to bulk up for their flight across the Gulf.

Other locations got off a bit more lightly. In the Aransas National Wildlife Refuge, the winter home of the endangered Whooping Crane, the salt marshes, dunes, and adjacent uplands escaped serious erosion despite being flooded. The cranes, which should start returning in the coming weeks, forage in the marshland and retire to upland ponds to drink. According to Wade Harrell, Whooping Crane recovery coordinator for the U.S. Fish and Wildlife Service, those freshwater ponds have potentially been tainted with salt. But that can be dealt with before the cranes return, Harrell says: Some of the ponds have freshwater wells, which once repaired will allow groundwater to be pumped in to replace the brackish stormwater. More difficult are the debris fields—tangles of refrigerators, household goods, propane tanks, driftwood, and natural vegetation that stretch in 40- to 50-acre piles on the refuge. They're often in inaccessible areas, which makes them difficult to remove without damaging sensitive habitat more than the storm already has.

“These coastal ecosystems have evolved under these types of storms,” Harrell says. “This is not a new phenomenon for this habitat. It's resilient to that. Our biggest concern is the stuff that was never there historically, the man-made debris."

It’s an ill wind that blows no good, however: In Aransas, Harrell says, the infusion of salt-water has temporarily helped beat back invasive cattails, and blue crabs and wolfberries—staples of the cranes’ diet—are already back in the marshes. Some infusions of freshwater into marshland are helpful to certain species of fish and shellfish, which surviving marsh birds can feed on. The deforestation in places like Rockport can also present a long-term gain to certain birds, Peña says, opening up potential new habitats—and in the short-term, the clouds of mosquitos breeding in piles of rotting trash are a buffet for migrating insectivores. “It really just depends on the guild of birds, and on the localized impacts,” she says. “But those are things we don’t quite know yet.”

All of this is scant comfort to Rossignol and the prairie chicken. Harvey is the latest in a series of blows that have pushed the species to the brink. Development on the coastal plain has hemmed the birds into shrinking territory. Since their arrival in the 1960s, invasive fire ant colonies decimated the populations of small insects relied upon by young prairie chickens. The weather has also been against them, Rossignol said: Prior to April 2016, they had 130 birds in the wild, split between the preserve and a private property in nearby Goliad. Then the "tax day floods" hit, wiping out a generation of eggs and dropping the wild population down to 42 birds. Harvey killed at least 32 of them. (Adding insult to injury, the fire ants survived.)

“We’ve now had two major climatic events here really affect the species,” Rossignol says. “It’s frustrating. If the next three or four years the weather is cooperative, we keep treating fire ants, and get reproduction in the wild, we might end up with a couple hundred birds . . . but if bad weather continues to hamper, it’s not gonna look good.”

Correction: A previous version of this story included the Brown Pelican as being listed as endangered under the Endangered Species Act. It was officially removed from the list in 2009. We regret the error.