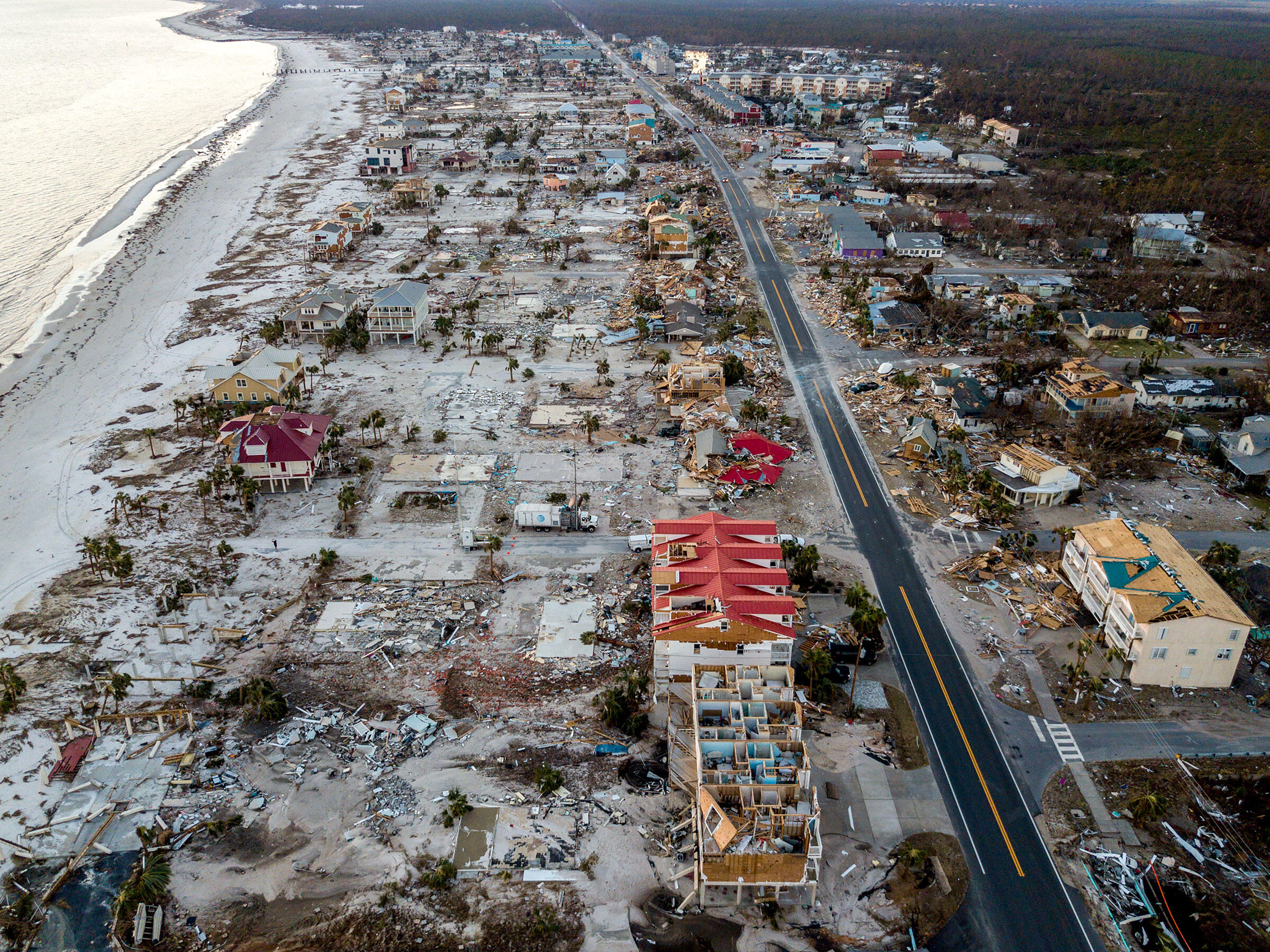 The devastation to human communities is overwhelming, but the story for birds is more complex.

On Wednesday, October 10, Hurricane Michael crashed into the central Florida Panhandle just shy of a Category 5, dealing a one-two punch of catastrophic storm surge and sustained winds that has altered the very face of the state. This diverse region has some of Florida's most iconic natural resources, centering around the vast Apalachicola National Forest and its eponymous river and bay system.

At this time, all Audubon Florida staffers are accounted for and safe. Most have been able to return and have found modest personal property damage. In addition to staff, members of Bay County Audubon and Apalachee Audubon were also affected by the storm. According to Julie Wraithmell, executive director of Audubon Florida, some Audubon staffers expect substantial damages to their personal property. Further, some of Audubon's equipment—boats, ATVs—might be damaged or destroyed.

Around the Panhandle, destruction was apparent. The farm and forest communities of Liberty, Calhoun, and Jackson counties have seen devastating losses. Many people in Mexico Beach and surrounding communities have lost everything—some lost their lives.

The storm also brought profound change to the habitats across the Panhandle. And while the impact to human communities from the hurricane is clearly catastrophic, the effects on coastal habitats for rare and imperiled birds are more complex. This is an evolving story and we will update it as information becomes available.

The Panhandle’s coastal habitats have always been dynamic. Barrier islands shift with storms and forces of erosion and accretion. Marshes buffer uplands from storm surge. And many of the species that live in these places have evolved to depend on overwash from storms like hurricanes and the open, sparsely vegetated habitats they maintain. Least Terns, Black Skimmers, American Oystercatchers and Snowy Plovers all make their homes here. In fact, for Snowy Plovers, of which there are only about 400 left in Florida, the Panhandle produces more chicks than the rest of the state combined. Fortunately, nesting season had ended prior to Michael’s arrival, so there were no losses of nests or flightless chicks. Additionally, the habitat required by wintering birds like federally threatened Red Knots and Piping Plovers will likely have experienced some renewal with the overwash caused by Michael’s storm surge.

When staff are finally able to return to these areas, they will assess the impacts to these habitats. In the interim, aerial photography provided by NOAA is helping staff identify impacts of the storm and opportunities for these species.

Between Panama City and Tallahassee lies a vast mosaic of private and public working forests, including the Apalachicola National Forest and Tate’s Hell State Forest. In addition to being the foundation of an important forest economy, this region has some of the highest biodiversity in the nation, with prairies full of rare insectivorous plants and longleaf pine habitat that hosts the country’s largest breeding population of federally threatened Red-cockaded Woodpeckers. Michael’s destructive winds snapped the longleaf pines in half, leveling entire forest tracts. It is not known at this time what the effects were to the Red-cockaded Woodpecker population in the area, but Audubon staffers suspect that some were killed when their trees went down. In a case of unfortunate timing, the U.S. Fish and Wildlife Service is currently reviewing the status of the Red-cockaded Woodpecker with an eye to delisting the species.

What Can You Do?

Wraithmell says that at this time the best option is to donate to credible relief organizations for humanitarian relief in the Panhandle area. Audubon Florida will have recommendations for post-hurricane recovery needs after its staff has a chance to do an on-the-ground assessment.

Sick Red Knots, Sanderlings, and Ruddy Turnstones have been turning up at hospitals in record numbers as toxic algal blooms take their toll.