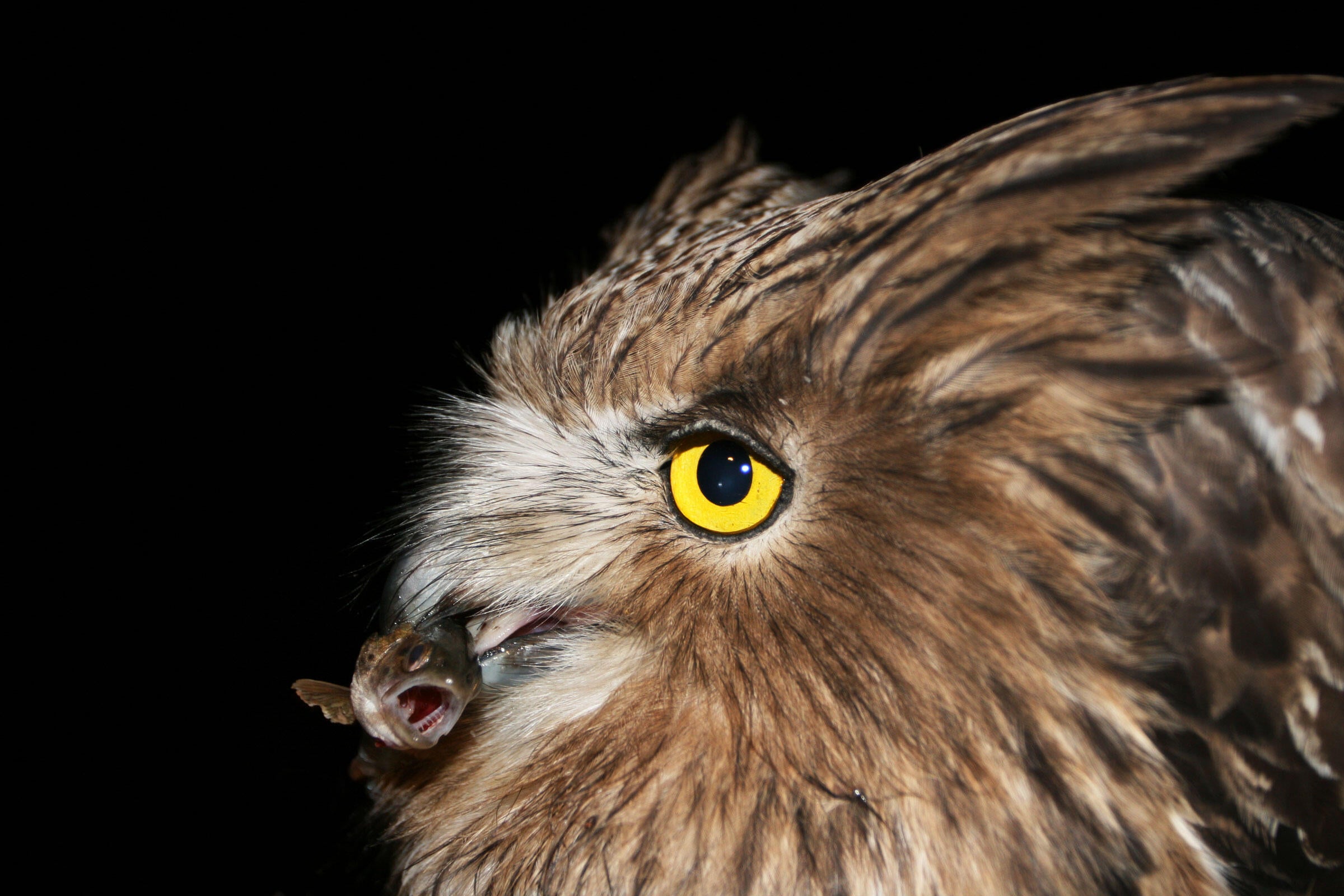 How Loggers Can Help Save the Endangered Fish Owl

Researchers have spent nearly a decade studying these elusive birds. Now loggers are stepping up to protect them.

After a decade of trekking through snow-laden forests, waiting hours in the cold for bird sightings, and spending freezing nights bunking with fellow researchers in a rustic, rundown RV, Jonathan Slaght and his colleagues have figured out a plan to save the endangered Blakiston’s Fish Owls of Russia—and they won’t be doing it alone. Instead they’ll be working with an unlikely ally: the local logging companies.

The unique eagle-owls being studied live in Primorye, the southernmost province in the Russian Far East, and the bird’s population has been declining for years. Habitat loss, primarily the lack of big trees essential for nesting, has reduced this yellow-eyed, pointy-eared creature’s global population to just a few thousand. Only about 250 remain in Primorye specifically, mostly due to invasive logging operations in the region. As projects manager for the Wildlife Conservation Society’s Russia Program, Slaght and his team joined forces with Russia’s Institute of Biology and Soils and the Amur-Ussuri Centre for Avian Biodiversity in 2005 to create the Blakiston’s Fish Owl Project, a collaborative attempt to help save the bird.

Slaght and his associates spent years finding and tagging the elusive birds. Even though it is the largest owl in the world—just under 3 feet tall—the fish owl is extremely shy and prefers to remain tucked away in the remote forests of northern Japan, the Russian Far East, and northeastern China. Slaght describes the birds as “mythical creatures,” and prior to his team’s work there was little known about the birds beyond their tendency to hide in dense woodlands and eat salmon.

Because of this lack of knowledge, “no one has put forth any concrete measures to do anything to protect them,” says Slaght. “So, that was our goal.”

Ten years later, they’re well on their way to helping the threatened birds. In September, the team published the results of phase one of their project—a conservation roadmap—in BirdLife International’s scientific journal. The map shows that within their 20,000 km2 study area, only 19 percent of fish owl’s prime habitat is on protected land—and 43 percent is leased by logging companies. This does not bode well for the bird.

So, phase two is all about protecting known habitat. Based on their years of compiled maps and data, the researchers know what territories are most important for the birds. They also know they have to work within the current situation, and that means convincing logging companies to set aside these high priority areas for the fish owls. “We’ve been able to talk to the logging companies about strategies and practices that won’t hurt what they are doing, but also won’t hurt fish owls,” Slaght says.

Slaght and his crew are encouraging logging companies to close down unused logging roads. These roads offer easy access into the forests for hunters and salmon poachers, who deplete the fish owl’s main food source and use nets that inadvertently entangle the nocturnal beasts. It also cuts down on illegal loggers, as well as campers (helpful, because campfires can easily burn down a fish owl’s home).

It’s still in the early stages, but TerneyLes, one of the biggest logging companies in Russia, agreed in May to close down some of its old logging roads. This decision could benefit bird and business alike—illegal loggers and forest fires threaten the company’s inventory, too, so they have incentive to help out.

If the agreement with TerneyLes comes to fruition and the company agrees to leave some of its leased habitat for the owls, that alone could triple the number of protected areas in these forests.

“It’s incredible what could happen just working with one company,” says Slaght. “The next step is to continue developing these relationships and to get more logging companies on board.”

For Slaght, all those cold nights spent stalking the creatures were definitely worth it.