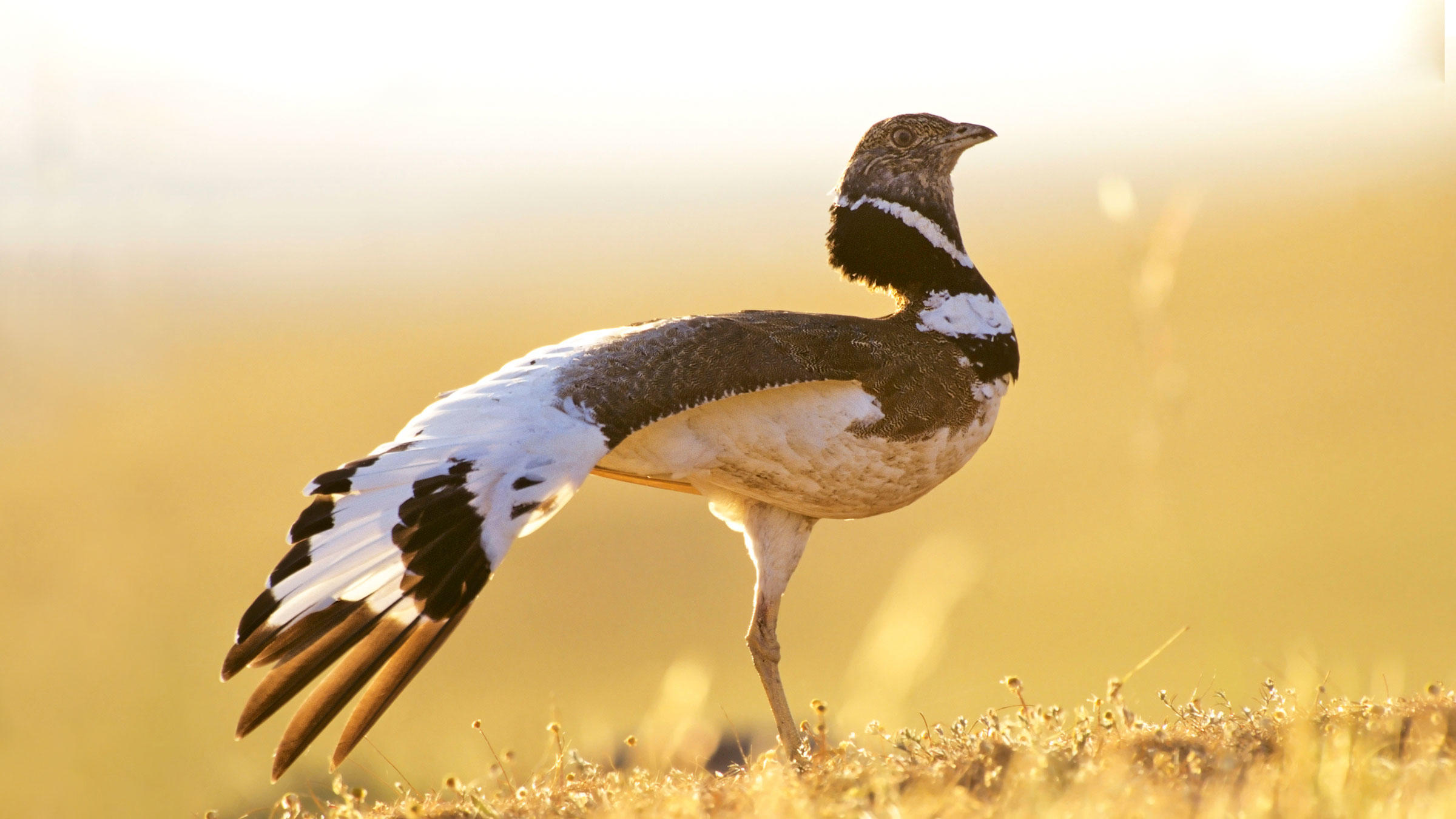 Little Bustard in Extremadura, Spain. The species was once common in Western Europe, but now is considered near-threatened. Photo: ImageBROKER/Alamy

Deterioration of habitat and weak conservation policies are the main reasons for their disappearance.

Over the past two decades, nearly 64.5 million birds have disappeared in Spain due to rapid loss of habitat, SEO/BirdLife Spain reports.

The findings, published earlier this month, were based off data collected by more than 1,000 citizen scientists from SACRE, the Spanish chapter of the European Breeding Bird Survey, between 1996 and 2015. The volunteers visited a local spot twice every spring and logged all the birds they saw and heard. In total, observations were inputted from 20,000 stations, Juan Carlos del Moral, research and monitoring coordinator at SEO/BirdLife Spain, says.

Farmland birds posted the biggest losses, but city birds didn't come away unscathed either. Between 1998 and 2005, common rural birds declined by 23 percent, while common urban birds diminished by 18 percent.

“One of our main concerns is that these are the two most human-intervened types of environments for birds. In fact, our data suggests that while farmland and urban birds decline, populations that live in the forests grow. We believe this just simply means they are trying to escape worsening habitat conditions,” says del Moral.

The report points a finger at the industrialization of agriculture, substantial increases in monocultures, the use of pesticides for farming, and several types of urban contamination. In general, populations of 39 species dwindled during the study period. The Little Bustard, for example, saw a decline of 71 percent, while others such as the Common Quail, Great Grey Shrike, and Yellowhammers had more than 50 percent of their populations in Spain disappear. SEO is considering adding these four species to the next Spanish Red List of Endangered Species, del Moral says.

Now that SEO has crunched the numbers around population decline, del Moral says further research is necessary on the environmental and economic consequences of the birds’ absence. “It wasn’t the object of this study, but it is concerning. If all of this happens to animals we can actually count and see, what could be happening to much smaller species that are just as important, like bees and grasshoppers?” He thinks the solution is to plan out cities so that urban development takes better account of birds’ nesting needs.

Urbanism, however, is only half the solution, del Moral says. The Common Agricultural Policy of the European Union, an agreement that regulates the exploitation of farming resources and markets in Europe, needs to undergo changes as well. The program has been widely criticized for getting more than 30 percent of the European Union's budget, but it hasn’t used any of that money to provide a safe environment for birds. The other area of concern for SEO is the disappearance of meadow grass: The Crop Surface Area and Yields Survey revealed that nearly 247,000 acres were lost in Spain in 2015. “Learning how to better take advantage of the fields and resources we already have [is important], but you need political will for that,” del Moral says.

As birds in Spain continue to struggle, the country's citizen scientists will have to keep accounting for how fast they vanish.