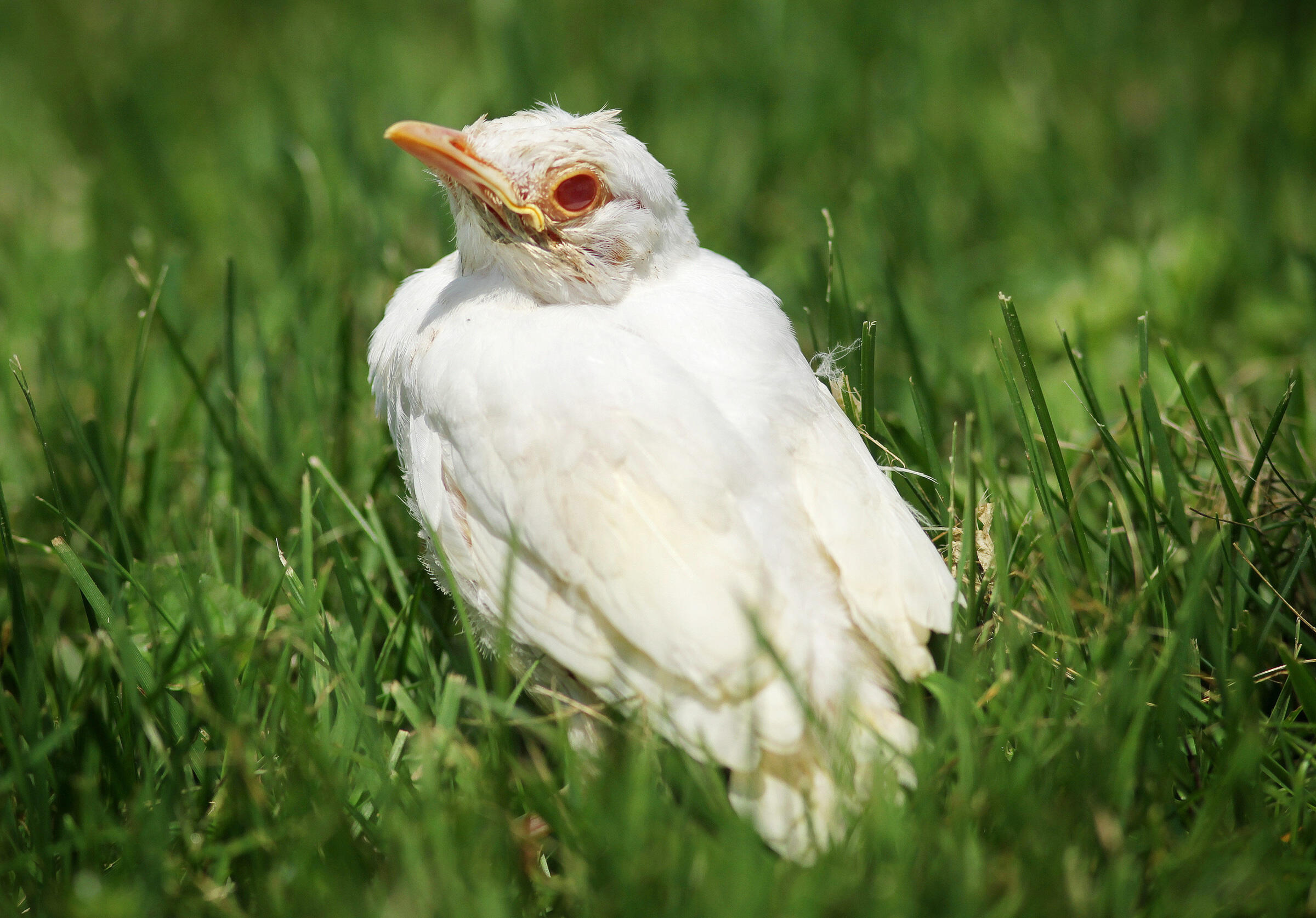 Is this American Robin albino? (Hint: Don't just look at the feathers—look at the face.) Photo: ZUMA Press/Alamy

How to Tell If a Bird Is Albino

Not all white birds are albino, and not all albino birds are white.

For those of you lucky enough to spot a pure-white American Robin, you might think you've seen a ghost—or an albino. But make sure to check its eyes, too. If it's albino, its eyes will be red or pink.

On the other hand, pale-feathered birds with normally colored eyes have a condition known as leucism. Unlike albino birds, which completely lack the natural pigment known as melanin, leucistic birds produce melanin but can't deposit it into their feathers. Some may even have partial leucism, resulting in a “pied” appearance.

Melanin is responsible for any black or brown color on birds, dogs, snakes, and humans. (Some brightly hued birds have so much melanin that their plumage turns completely black—a variation known as melanism.) The pigment is widespread partly because these colors are useful for camouflage. Meanwhile, albino animals are highly visible to predators, especially outside of snowy habitats.

Melanin is also essential to a bird's feathers: It makes them strong and durable. The pigment plays an important role in the eye, too, allowing it to function properly and protecting it from damaging UV rays. That's why true albino birds have impaired vision, and rarely make it to adulthood. If the bizarre-colored bird at your feeder looks like an adult, there’s a good chance it’s actually leucistic and not albino.

Here's another twist: True albino birds might still be colorful. Albinos don't have melanin, but often hold other pigments in their feathers. For example, carotenoids are responsible for red and yellow feathers, which means an albino Northern Cardinal can still be crimson.

When it comes to identifying albino birds, feathers can be deceptive. So if you see a white bird at your feeder, remember that the eyes don’t lie.