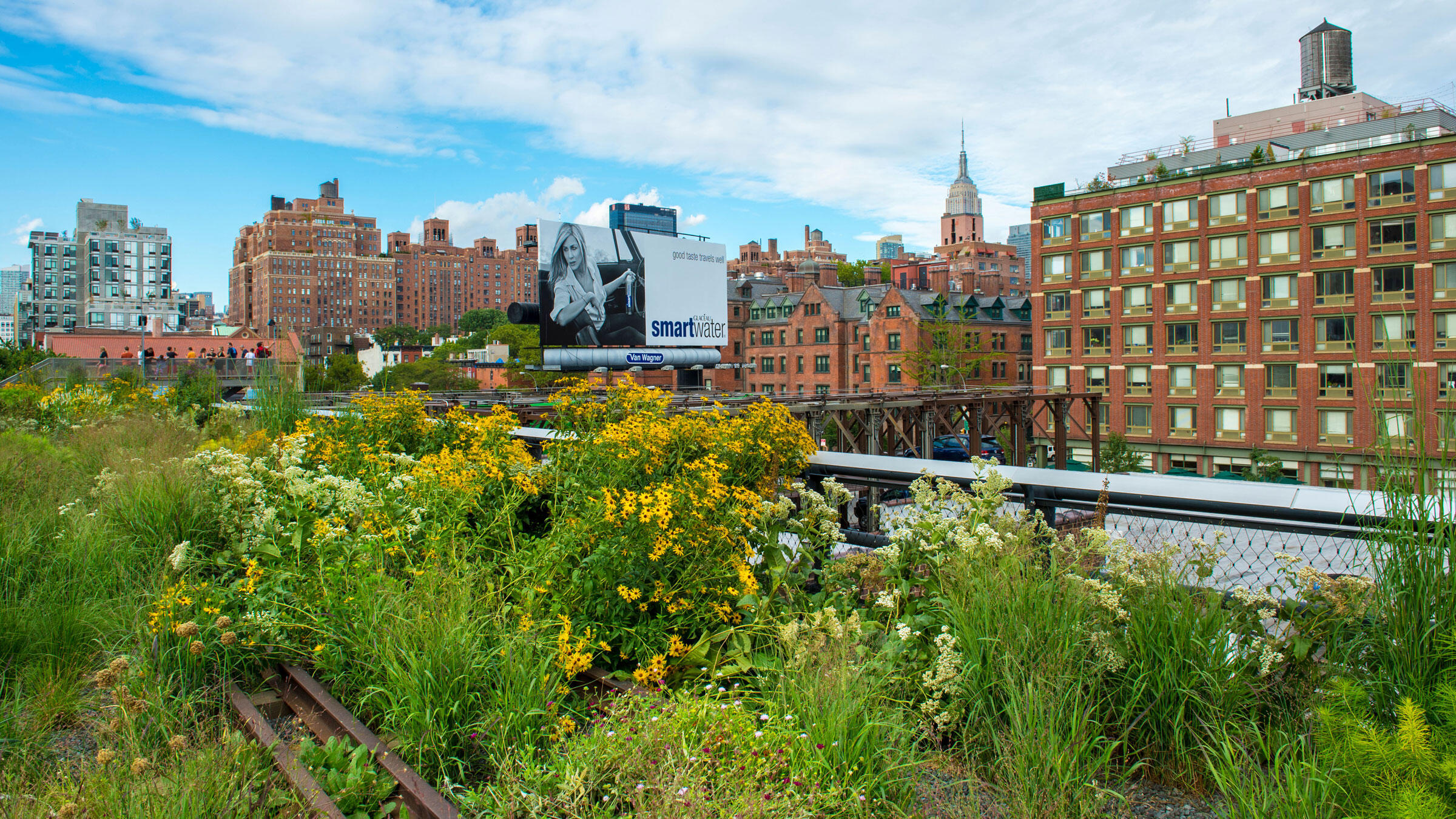 How Urban Landscapers Use Native Plants to Create Habitats for Wildlife

After New York City’s High Line park opened in June 2009, it quickly became a trendy model for urban landscapers who wanted to innovate common green spaces. The captivating mix of flowers and foliage, juxtaposed with the rail line’s industrial features, also made it an instant hit with tourists. So much so, in fact, that it is one of the top 10 most-Instagrammed places in the world. But what most of those people snapping selfies don’t realize is that the High Line embodies its own ecological philosophy, one that many other projects have been inspired to follow. Call it a reconciliation of aesthetics and biodiversity.

To turn urban parks into ecosystems, gardeners and urban landscapers have come to rely on native plants, a term for flora that is considered endemic to a certain geographic area. The rationale for using native plants is manifold: Native plants attract a wider range of insects, creating the foundation of an ecosystem pyramid. These insects pollinate while also providing a critical source of food for birds and their young, as do the native plant seeds themselves. And by naturally helping to spread the seeds through snacking away—or, ahem, through other more natural means—the birds take on the role of gardeners themselves. The result is a free-form style of garden that’s soft on the eyes.

As popular as native plant projects have become, what also might surprise people is that these plants aren’t always as common or easy to find as their name implies. Many of the showy plants you see in big landscaped areas and find at nurseries aren't native. So building up a seed bank of local plants requires extensive field collection, which can take a long time. This is why local volunteers and gardeners are often a vital part of any larger project using native plants, and many current projects in the works are invested heavily in public education.

Take the City of Toronto, for instance. In late August, it earmarked $11.7 million in funds for extending the Railpath, a public park built atop the defunct Toronto, Grey & Bruce railway. According to Scott Dobson, director for Friends of West Toronto Railpath, the idea for the original Railpath was launched in 1998, years before New York City’s High Line came to be. “We went out, gathered, and catalogued local wild seeds,” Dobson says. “Then we grew these plants on our own and saved more seeds from what we grew. We had to wait several years for the program to happen.”

To contribute to the Toronto Railpath’s seed bank, volunteer scavengers are encouraged to grow their own native plants back home, whether in a full-on garden or a few pots on a balcony. Toronto’s parks program officer, Patricia Landry, says she pays house visits and even holds a residential home contest for best native-plant garden. Many residents, she says, pick up on the progressive trend by seeing it in local public parks. High Park near Lake Ontario, for example, features demonstration stations where visitors can learn how to care for their native seeds.

Helping people know where to look for native seeds is a challenge, but that’s the mission of Heather McCargo, director of a two-year-old startup called the Wild Seed Project. Based in Portland, Maine, she works with universities, gardening experts, and landscapers to bring native plants into public projects—and into the backyards of volunteers. “I spent a period of my life in Barcelona, where balcony gardens are popular,” she says. “I knew this was a way we could bring urban people on board to building native seed banks.”

McCargo is also known for her “Walks and Talks,” which are all about finding native seeds—maybe it’s Goldenrod in a tucked away cemetery or Crane’s Bill in an old forest. McCargo says that activity is a sure sign that landscapers have used these native plants. “It’s amazing how interactive it becomes,” she says. “Cities are no longer these dead zones.”

This interactivity is important for creating a habitat, but, conveniently, it's also part of the strategy behind these gardens. The seemingly haphazard aesthetic is upheld by the birds as they feed on the seeds and then spread them to other parts of the space through their droppings.

In fact, that’s the High Line’s origin story. According to staffers, birds defecated seeds into the sandy soil on the defunct elevated rail line. Many native plants are drought tolerant, and ground-nesting pollinators, such as solitary bees and bumblebees, prefer these dry conditions. As plant matter decayed and decomposed, an ecosystem took root. Ed Toth is the director of The Greenbelt Native Plant Center, a seedbank based on Staten Island and operated by the Parks Department. Toth says his team was called up to collect seeds before the High Line got developed. Some of these seeds were replanted or are still awaiting replanting.

While Toth says High Line is still very much a planned space despite its wild appearance, the original ecosystem is kept intact with native seed-bearing plants. “One of the critical aspects here is that flowering time and seed set time is very much genetically controlled,” he says. “So we’re dependent on local wildlife populations crossing paths at the right times with local plant populations. Rather than sourcing say, milkweed, from hundreds of miles away, where the flowering times are different and you end up creating this disjunction.”

Maintaining these natural processes on a local level will remain increasingly important as birds and other wildlife face displacement as a result of warming temperatures. In late June, Proceedings of the National Academy of Sciences described how “only 41 percent of US natural land area is currently connected enough to allow species to track preferred temperatures as the planet warms over the next 100 years.” Large public projects can help restore terrestrial connectivity, but it’s the volunteer seed collectors that help to create more robust habitat corridors for birds and pollinators. Some pollinators can travel only several hundred meters, so they need frequent way stations.

Back in Toronto, Landry says there was a large effort recently to remove pesky bylaws which would’ve prohibited residential homes from replicating the free-for-all garden style popular among urban landscapers. This victory gave way to the native-plant garden contests she oversees now. Many residents, she says, enjoy being the link between these smaller and bigger works and serving as seed-collecting volunteers. By becoming one star in a constellation of stopover spaces, locals find they can combat habitat loss and a lack of biodiversity all in one. “People take to it really quickly,” Landry says. “It goes a long way toward developing stewardship and ownership and pride.”