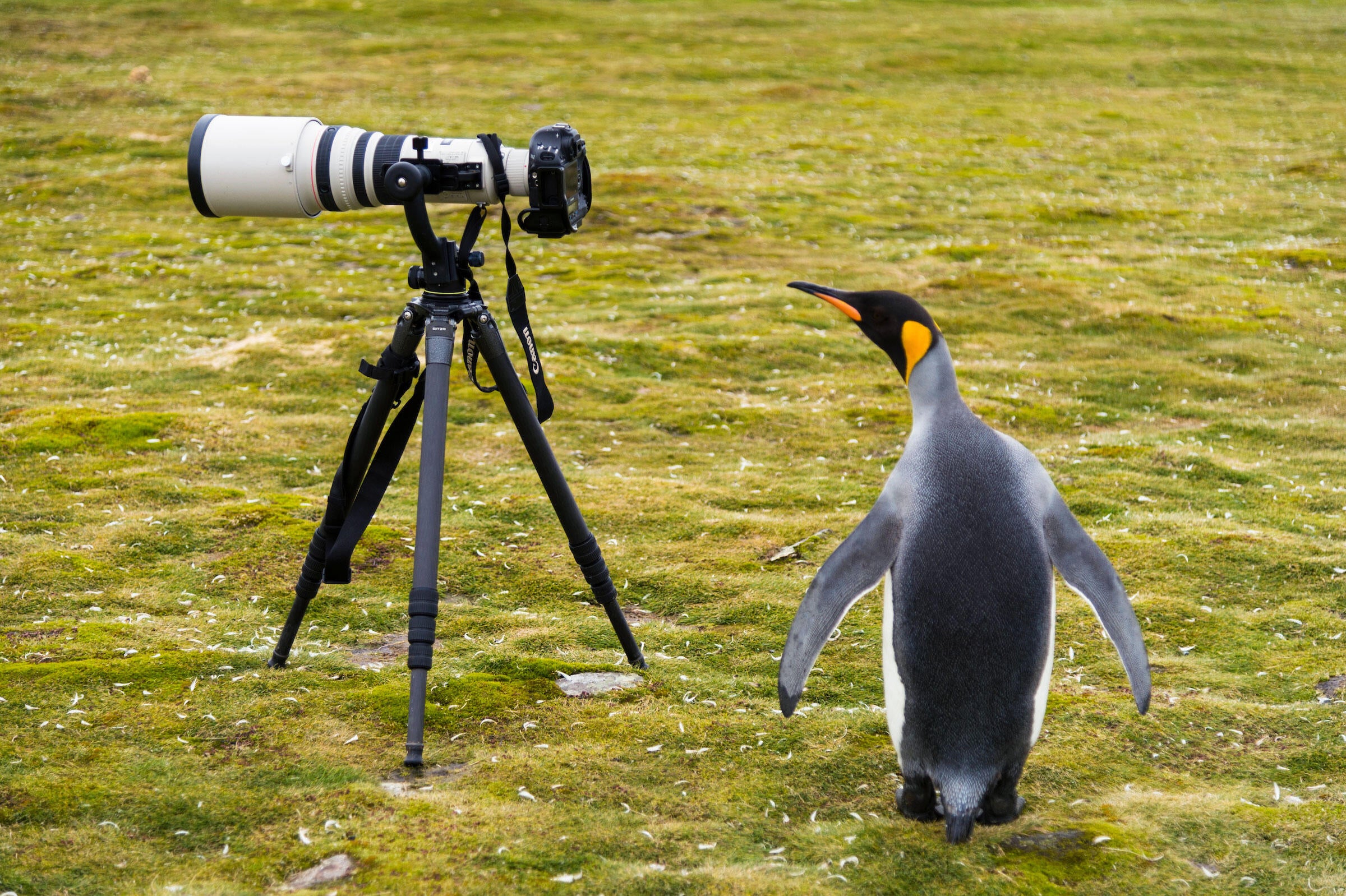 Once you’re comfortable with the technical skills involved in operating a digital camera, you can begin to concentrate more on the aesthetic aspects of making works of art featuring birds as subjects. There are a number of established field techniques and rules of thumb that can help you jump-start the process.

The most important variable to consider in the field is lighting. You’ll get the richest colors and have the option of using higher shutter speeds when you shoot birds that are well lit, and a bird generally looks more striking in even lighting (not mottled sunlight). Direct sunlight also brings out feather detail better than ambient (non-direct) light. At the same time, when birds have both light and dark parts, it can be difficult to expose the darker parts without overexposing the lighter parts, so these birds sometimes actually expose better in ambient lighting. Much of nature photography is about waiting for the right light, and this is particularly true with birds.

The next thing to consider is the angle. Don’t assume the place you happened to plunk down your tripod will give you the best angle (especially after the bird moves). For birds in water or on the ground, an extremely effective approach is to lie on your belly and shoot the bird at eye level; this changes the perspective dramatically, bringing anyone who sees your images right into the bird’s world. If you aren’t physically able to get that low, even just sitting on the ground can sometimes improve the angle.

Shooting waterbirds from a low angle does wonderful things to the texture of the water, but it’s also worthwhile to try different vertical angles in case there are good reflections you can capture. Changing the horizontal angle is often useful, too: Taking a couple of steps to the left or right can put a very different background behind the bird, and it’s often the background that turns an average bird photo into a work of art. Look for details that might interfere with clean edges for your bird—for instance, a branch that could later look like it’s coming out of the bird’s head. Moving a bit one way or another can separate the bird from the offending branch.

In terms of scene composition, a popular rule of thumb is to place the bird about a third of the way from the edge of the viewfinder. This “rule of thirds” isn’t infallible, but it’s a good starting point while you develop your own instincts regarding where to place the bird in the frame. If the bird is walking or swimming, leaving some room in front of it can suggest something about where the bird is going. For viewers, the final image is their sole window into this bird’s world, and how you compose that window (via angles) is critically important. Of course, you can recompose your photo in post-processing using cropping, but it’s always best to get it right in camera.

Finally, there’s the bird’s pose—and unfortunately that’s something we can’t control. The best poses often involve a profile that shows the length of the beak with little foreshortening, though it’s important to make sure the eye is always visible and in focus. Branches in front of the bird can be distracting, and many photographers prefer a clear background so that the viewer naturally focuses on the bird. Odd poses are particularly effective at capturing the viewer’s attention, and these often occur when the bird is in motion. Taking a shot every time the bird moves or turns its head will give you more options to sift through later on the computer, so you don’t have to make hard decisions in the field.

In summary, turning snapshots of birds into works of art requires thinking critically about the scene as it appears through the viewfinder. As birders we tend to focus on what the bird is doing, but a great bird photo will also have a pleasant background, and sometimes that requires changing our angle on the bird.

William H. Majoros has been studying birds and bird behavior for more than 20 years. This article is adapted from his online reference guide, Secrets of Digital Bird Photography: Tools and Techniques.