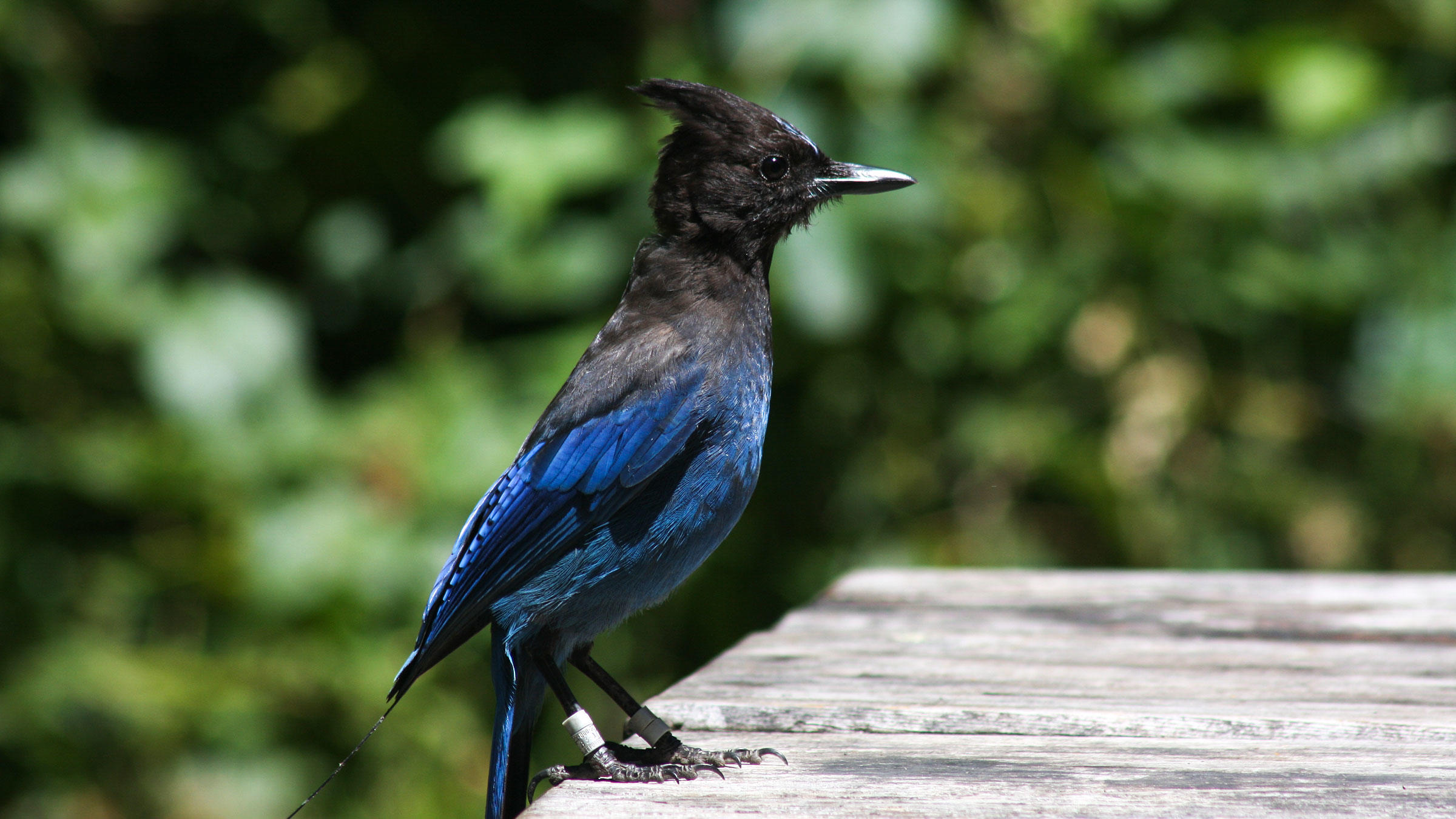 How Your Next Camping Trip Could Be Harmful to Birds

Steller’s Jays are getting cozy around picnics and fire pits. Here’s why that isn’t a good thing.

With summer vacation at its peak, visitors at national parks aren’t the only happy campers out there. For Steller’s Jays, of these human arrivals often represent a free meal ticket. By hanging around campsites and scooping up wayward crumbs, the jays have found a new way to supplement their highly flexible diets.

This isn’t as magical as it may sound. A new paper published this week in The Condor: Ornithological Applications shows that the draw of human food could be disrupting the jays’ foraging and territorial behaviors. The study was conducted between 2010 and 2011 in Redwood National and State Parks in California—an area that received more than 500,000 visitors last year, according to the National Park Service.

“In Redwood, Steller’s Jays tend to gravitate to open fire pits, picnic tables, and dishwashing areas . . .  all those places where we usually put our supplies and discard our garbage while we’re camping,” says William Goldenberg, a wildlife management scientist at Humboldt State University and co-author of the paper.

Goldenberg and his team radio-tagged 30 adult males to constantly monitor their location and behavior over 53 days. (Only males were chosen because they're the most active foragers during breeding season.) The data revealed that campground jays would spend most of their time within three feet of the ground, basically waiting for their food to be served (or dropped), while non-campground birds would rather forage at 50 feet or higher.

But even though jays seemed to love spending time around campsites, they didn’t necessarily stay the night. “We could say they ‘commuted’ every day to eat, but they still liked to have their nests outside camps boundaries, where human activities could not disturb their homes,” Goldenberg says.

Previous research has shown that Steller’s Jays are two to six times more common in campgrounds than in non-campgrounds. But the birds’ inclination to go for the easy meal is not the only thing researchers are worried about. Known as an opportunistic nest predator (they’ll eat anything, remember?), jays pose a danger to Marbled Murrelets. This federally threatened species often nests high in trees around camping areas. With more jays venturing into these places—up to 15 at a time, Goldenberg says—the murrelets’ eggs could be at high risk.

So what can be done to avoid these disturbances? Redwood National and State Parks personnel think that education is a big part of it. “When someone makes an online reservation to camp in Redwood, they have to watch a short video that explains the rules and best practices for food storage. We try to make sure that people come here already pre-educated,” says Laura Goforth, the lead ranger at the park.

If you’re setting off for the woods this weekend, be sure to limit your impact on surrounding ecosystems. The birds will thank you.

Nine Camping Tips to Help Both People and Birds

-Get rid of all shells and crumbs. This prevents scavenging animals from crashing your site, and also protects subsequent campers who may have allergies.

-Dispose of waste water where indicated by the site managers. Keep garbage and recycling in tightly lidded containers.

-Extinguish all matches, cigarettes, and fires before you go to sleep or depart. Double check if you have to.

-Limit the use of glass. Broken shards are dangerous to everyone and everything.

-Try not to damage any plants while setting up camp. Don't cut down live trees for firewood.

-Use local firewood only. Transporting timber can spread insects and other pests.

-Avoid feeding bread and crackers to birds. It fills them up without providing essential nutrients.

-Don't string up feeders for birds. This can attract bears, and that's not much fun.

-Never set off fireworks in the woods. It's prohibited in national forests.