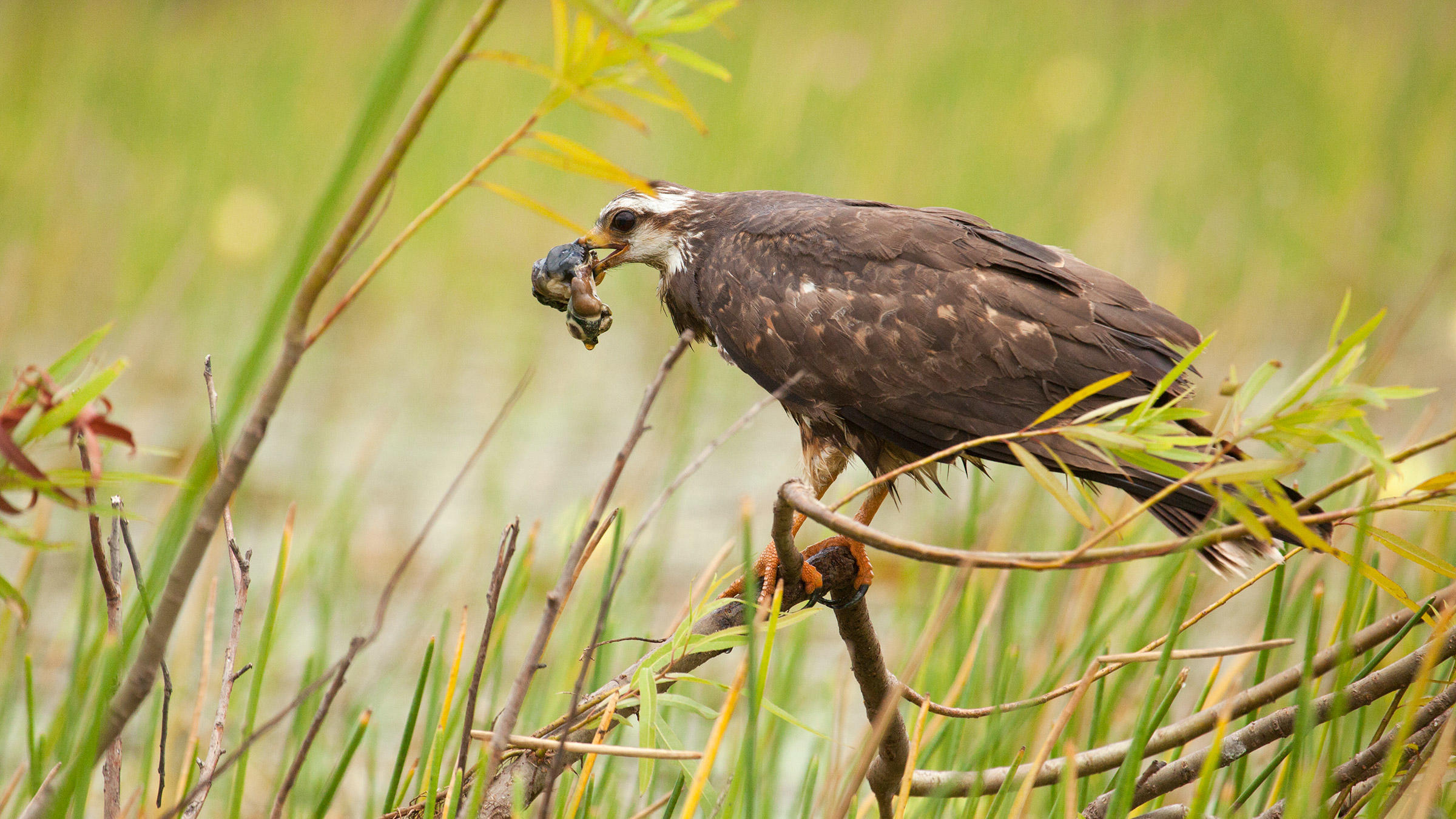 In total, 44 actives nests were lost—a stunning and tragic blow to the endangered raptor.

It’s been almost two weeks since Hurricane Irma made its first of two landfalls in Florida, and according to new reports from Audubon scientists, all 44 active nests belonging to Everglade Snail Kites at Lake Okeechobee were lost due to the storm’s high winds and high rainfall. Lake Okeechobee is Florida’s largest lake and a stronghold for the endangered Everglade Snail Kite, a Snail Kite subspecies that can only be found in America’s Everglades. Post-Irma assessments of the lake indicate that many adults and juveniles in the area survived the storm, but any nests with eggs or flightless chicks were destroyed.

Such a loss would be a huge blow in any year for the bird, but this year it is especially detrimental. Before Irma, there had only been about 130 Everglade Snail Kite nests—a far cry from last year’s 800-plus nests. About 75 percent of the population did not even attempt to nest this year, which our scientists suggest could be related to an extraordinarily dry spring. That means that nesting in 2017 was harmed by both excessively dry and wet events.

The kite’s breeding success is closely tied to the water levels at Lake Okeechobee. These highly specialized hunters rely on apple snails to feed their young, and the snails rely on the lake’s plants for food. Too much water, and the plants drown. Too little, and the habitat dries up. Audubon magazine documented the close relationship between the snails and the kites last year. Furthermore, when the water level is right, the kites create their low-lying nests in marshy areas. When the lake rises or falls too quickly, it can cause the birds to abandon their nests and the eggs or chicks in them.

Because of these ties, the Everglade Snail Kite is one of a handful of species used to indicate the health of the Greater Everglades Ecosystem, making it a top conservation priority for Audubon. As restoration efforts continue, Audubon Florida will continue its efforts to maintain healthy water levels in Lake Okeechobee—and all of Florida—that are not too dry or wet. Due to lack of water storage capacity in the region, Lake Okeechobee water levels continue to rapidly rise from storms. If too much water flows into the lake too quickly, miles of critical plants and vital habitat could be flooded.

In addition to fighting for improved habitat for Everglade Snail Kites, Audubon Florida also protects two sanctuaries on Lake Okeechobee and preserves their marshes, which make up some of the most productive habitat in the Greater Everglades Ecosystem. With the right conditions and good lake management, next year’s nesting efforts should hopefully improve.