On holiday, traveling through the jungles of Southeast Asia, Dick Byrne had an idea. An avid birder, Byrne noticed that the groups of Black-headed Woodpeckers he watched through his binoculars were unlike the flocks of other birds he was familiar with back home in Scotland. While most of those flocks seemed to be random collections of individuals, the woodpeckers he saw in the jungle regularly gathered in the same numbers and seemed to have a sense of purpose, almost community.

A primatologist by trade, Byrne says the the birds exhibited traits of a “genuinely social species” and in some ways reminded him of how primates interact. That’s when it occurred to him: As is the case with primates, do birds that belong to larger groups have bigger brains than species that live more solitary lives?

After studying 61 woodpecker species’ brains and social structures, Byrne and his colleagues found quite the opposite. In birds, it’s not necessarily the size of the social group or the level of community that makes their brain larger. The study, published today in the Royal Society’s Biology Letters, found that woodpeckers that lived in larger groups had smaller brains. The researchers think this suggests that situations that demand cooperation between individuals require less brain power.

For the study, Byrne’s team ultimately chose woodpeckers because they show a variety of social behaviors. Some species are more social, like the Acorn Woodpecker and its cooperative breeding, while others live solitary lives. All the species also had similar diets and habitat.

With help from the Natural History Museum at Tring, Byrne had St. Andrew’s University undergraduate Natalia Fedorova measure the volume of all brain specimens, and then categorize each species’ social behavior as solitary, paired year-round, or living in a group. After that, they started mapping the woodpecker family tree through a process called molecular phylogeny. This helped them sort out whether brain size was based on social behaviors or other unrelated reasons.

What the team found suggests that not all social interactions are created equal. Although there was not much size difference between the brains of solitary and year-round pairs, their brains were 20 to 30 percent larger than the brains of birds that associated in larger groups. This likely had to do with the higher degree of competition and cooperation experienced by solitary and coupled birds. Even solitary woodpeckers are monogamous during the breeding season.

"Monogamous species have to get used to each other,” Byrne says. “They have a history of interactions. They have to cooperate with each other."

Earlier research suggests that birds in larger groups can spend less brain energy. Just because they are around lots of other birds doesn’t mean they interact with each and every one.  And being in such a large group can be cognitively easier in many ways—less concern about predators, for example—which means the brain doesn’t need as much energy and can afford to be smaller.

It might not be the result that Dick Byrne expected when he decided to study bird brains on that holiday in the jungle, but the counterintuitive findings are just another reminder that birds never cease to surprise us. 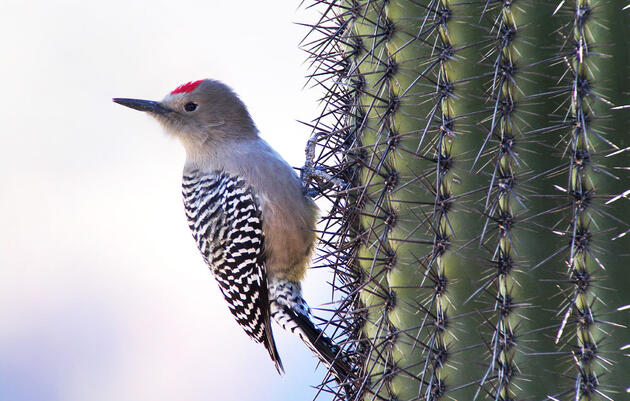 So, Apparently Some Woodpeckers Like to Eat the Brains of Baby Birds

Yes, you read that correctly. And there's video evidence. 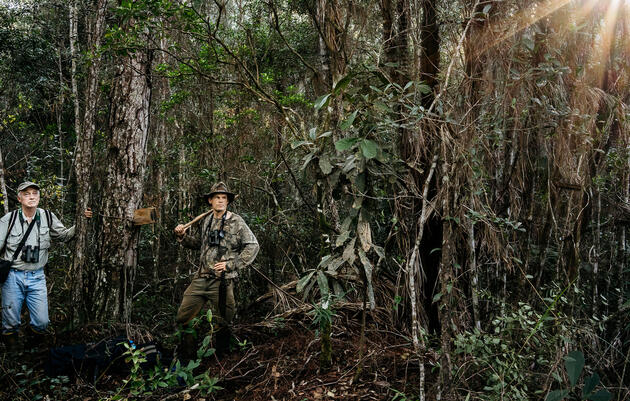 Can the Ivory-Billed Woodpecker Be Found in Cuba?

A birder, ornithologist, writer, and photographer set off on an extreme adventure through the muck and memories of eastern Cuba. 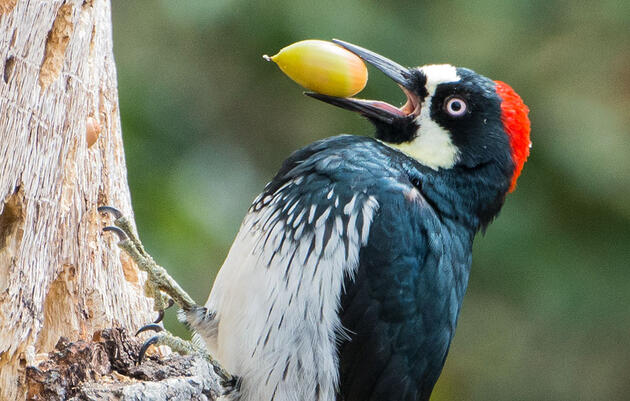 The behavior is one that regularly occurs in territorial disputes, but it is rarely seen—or captured.