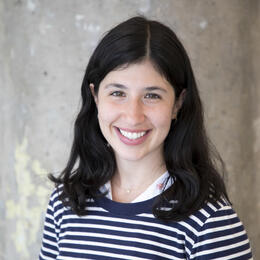 A steady rain was no match for the promise of witnessing history being made as hundreds of people made their way to Manhattan's Fordham Law School, where New York Governor Andrew Cuomo signed into law the landmark New York Climate Leadership and Community Protection Act on July 18, 2019. The event did not disappoint. In addition to a special surprise guest, former Vice President Al Gore, Cuomo signed into law the most aggressive climate legislation in the country and announced the two companies that were awarded contracts to provide 17,000 megawatts of new wind energy to New York State.

With the signing of this climate legislation, New York joins California, Colorado, Nevada, New Mexico, and Washington, all of which have passed bills targeting a net-zero carbon economy by mid-century or earlier. These state laws create a framework and benchmarks for action while setting an example for the rest of the nation. The Climate Leadership and Community Protection Act sets the target of slashing planet-warming pollutants by 85 percent below 1990 levels by 2050, and offsetting the remaining 15 percent in order to reach its net-zero goals. “It’s great to change the light bulbs, but it’s much better to change the laws," says Gore.

Audubon New York was on the frontline working to pass this law, collaborating with The Nature Conservancy, The New York League of Conservation Voters, and the National Resource Defense Council, among others, to get the legislation passed. Audubon New York helped write language for inclusion in the bill and actively lobbied for it, meeting with almost every legislator in New York state to encourage support for taking action on climate.

The law will have enormous benefits for birds.

The law will have enormous benefits for birds. Erin McGrath, policy manager of Audubon New York says that the most important component of the law for Audubon would be "a tie between reducing carbon emissions, which is going to hold the warming of the planet, and establishing a robust offset program, which will allow for the restoration of forests and saltmarshes.”

The leglislation also addresses the increasing vulnerability of disadvantaged communities to climate change and the economic impacts of moving to green energy sources. The law mandates that New York state must dedicate 35 percent of certain clean-energy funding toward low income communities disproportionately affected by pollution. This is not only good for people, says McGrath, “but a lot of the pollutants and co-pollutants that are affecting communities also affect birds and other wildlife. By addressing the existing pollutants in those communities and preventing future pollutants we are protecting people and birds.”

In passing such a sweeping bill, McGrath says that New York State has further elevated the conversation around climate change and what effective action looks like to address the current climate crisis. “We’re setting an example that other states, the federal government, and hopefully the world will follow," she says. “We need everyone to follow in order to combat global warming.”