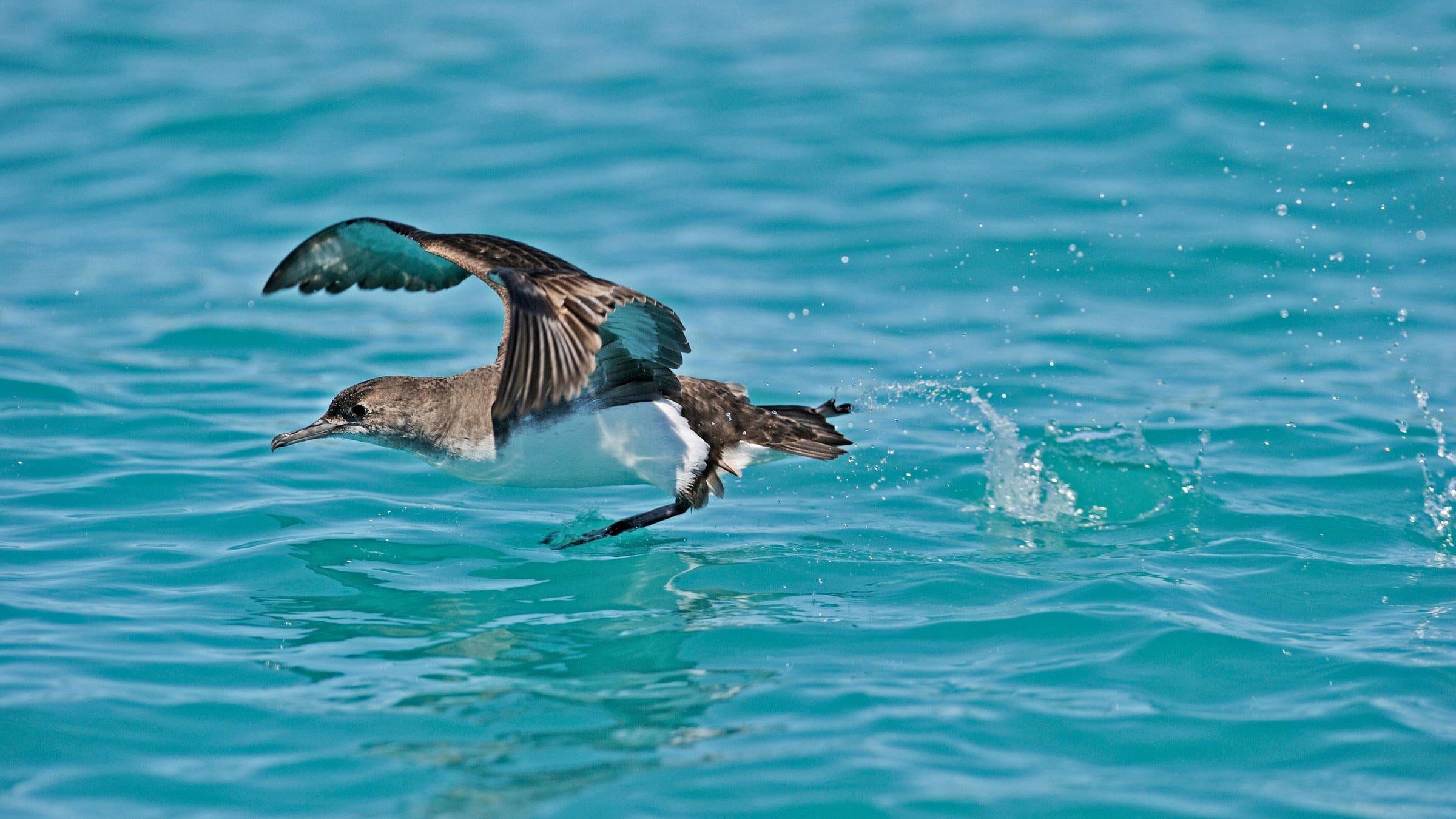 The 7.8-magnitude earthquake last week might have killed up to a quarter of the world's Hutton's Shearwaters.

Last week, when a 7.8-magnitude earthquake struck New Zealand’s South Island, few people were thinking about the impacts on wildlife. And with good reason: Since midnight on November 14, the Kaikōura earthquake has triggered hundreds of aftershocks and maybe 100,000 landslides in the area. Roads buckled and flooded. Railroad tracks broke and slid from their spikes. Homes collapsed. Two people were killed.

The coastal town of Kaikōura remains cut off from the rest of South Island, as aftershocks continue to disrupt road repairs. But seabird researchers are growing restless to survey the Kaikōura mountain range, which hosts the world’s two remaining colonies of Hutton’s Shearwaters. At 5,000-foot elevation, the seabirds dig burrows amid the grassy terrain. An estimated 106,000 pairs nest at Kowhai River, and another 8,000 pairs nest at Shearwater Stream.

After a quick helicopter survey of the area on November 17, the researchers are concerned. It’s breeding season, and the larger of the two colonies appears be buried in rubble, says Karen Baird, seabird advocate for the non-profit conservation group Forest & Bird. “One side of the river seems to have had landslides and rock falls that have destroyed burrows on that side of the stream,” she says. “Because the birds are sitting on eggs at the moment, they would have been buried. All those burrows will be destroyed.” Baird was not present during the aerial survey; she relayed reports from the New Zealand Department of Conservation.

How many birds were killed is not yet known. “It is early days and our team have still to access the affected areas to carry out assessments,” wrote Bronwyn Saunders, media manager for the Department of Conservation, in an email. Baird estimates that if the landslide crushed half of the Kowhai River colony, and one parent remained in each burrow to care for its young, up to 25 percent of the breeding population could have been killed, noting that that’s the “worst case scenario.”

It could be a devastating loss for the species, which has been considered ‘at risk’ in New Zealand since the colonies were discovered in the 1960s. Hutton's Shearwaters had an estimated eight or 10 breeding colonies a century ago—until feral pigs and stoats discovered them. The non-native predators dug out the burrows, devouring eggs, chicks, and adults alike. Soon, only the two high-elevation colonies remained out of reach.

Only last month, things were looking up for the birds. After years of healthy breeding and an increase in burrows within the larger colony at Kowhai River, “there was some suggestion that the population was doing okay and maybe wasn’t declining anymore,” Baird says. Scientists recently discussed removing the species’ ‘at risk’ certification, which is similar to ‘threatened’ status in the U.S.

Only last month, things were looking up for the birds.

“This recent event will probably change that,” she says. “If large areas of the colony have been completely lost, without some sort of intervention the breeding size of the population will be much lower than it was before.”

The birds may have also lost their habitat, in which case they will have to find a new place to breed. Unfortunately, between the predators at low elevations and the mountains’ rough terrain, prime habitat for burrows is hard to come by. Already, the researchers are discussing whether they’ll need to help the birds establish a new colony. “It may well be that we need to look at another site in the mountains to attract the homeless birds back,” Baird says. One of her colleagues already has a site in mind. If necessary, they’ll broadcast the calls of Hutton’s Shearwaters at the site to attract itinerant birds looking to nest. And if that doesn’t work, they may need to consider translocating chicks from the smaller colony at Shearwater Stream to establish the new site.

Luckily, the researchers already have experience in translocating Hutton’s Shearwater chicks. In 2005, local conservation groups banded together to establish a third breeding colony on Kaikōura Peninsula, and since then have moved nearly 500 shearwater chicks to the site. Volunteers constructed artificial burrows and fed sardines to the chicks after they moved in. They hoped that the birds would imprint on the colony and return to breed after a few years at sea. And indeed, they have. It’s still a small colony—fewer than ten pairs returned in 2015—but it’s a start.

Even as she worries about the fate of the Kowhai River colony, Baird remains hopeful. There’s a large non-breeding population of adult birds, which are safe at sea. “They’ll be the future of the species,” she says. And even if the main colony is uninhabitable in the future, the researchers had prepared the birds for this day.

“One of the really encouraging things that’s come out of this is that there was the foresight to create this new colony down on Kaikōura Peninsula, which was in recognition of the fact that the colony in the mountains is so fragile and vulnerable,” Baird says. Without knowing it, they had helped insure the Hutton’s Shearwaters' chances of survival just in time.