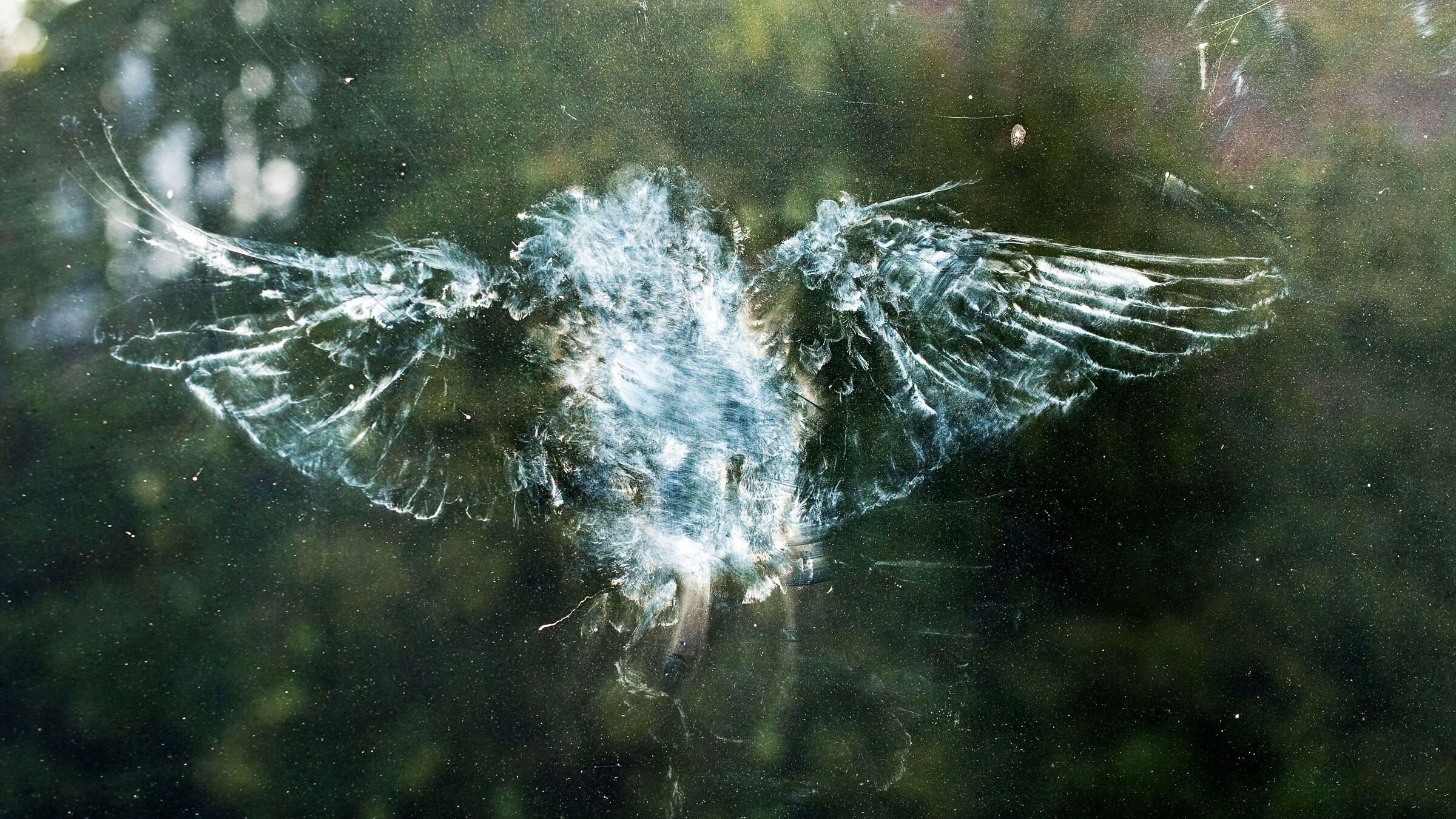 Loving Birds From Inside a Glass House

It's not just skyscrapers that threaten birds—our homes pose a huge risk, too. Here's what I learned when I tried to do something about mine. 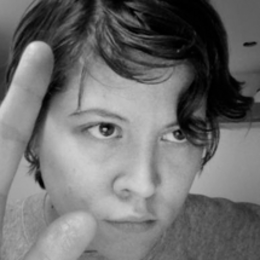 The first time I heard the sound in my new home I didn’t jump or react, even though I knew that on the other side of the glass was death.

“Thonk!” goes the bird as it collides squarely with a window, and then is no more. The sound is unmistakable: like the crack of a baseball against a bat in the near distance outside on a hot summer evening. But unlike the happy nostalgia of a ballgame, this sound carries with it the weight of a body.

The first one was about four months ago now. My 17-month-old daughter Zelda was in her high chair. She had been stunned by the sound and made her “surprised” face, looking around for the source of it.

I wanted to go out to the bird, but I didn’t want Zelda to know that anything was wrong: My instinct was to hide this event from her. I peeked outside the window and saw a very small House Sparrow by the window, heaving heavy sighs on the ground. Life had to continue: We needed to go to the grocery store. When we returned, half an hour later, the bird was gone, and I allowed my hopes to rise. And then I did some research.

Each year, hundreds of millions (and by some estimates almost a billion) birds die striking glass, or from injuries associated with strikes. While it would be easy to assume that large, tall office buildings in major cities are responsible for most of the birds killed, that’s not true, it turns out. Daniel Klem, Jr., a professor of ornithology and conservation biology at Muhlenberg University who writes extensively on the problems glass causes for birds, tells me that in fact, houses are the major culprits simply because there are so many more of them.

Living amongst nature inevitably means being surrounded by, and accepting, a certain amount of injury and death. This is a lesson I can attempt to teach to my daughter competently, even though it’s a tough one. But I don’t relish the idea that our mere existence in the landscape means that great numbers of birds must die, and that it’s our fault. And that is the situation we’re all in, whether we feed the birds in our yards or not: Our mere existence endangers millions of birds, because the structures that we live and work in are murderous.

I’ve buried the dead birds I found in the yard sadly, four in total, not far from my birdfeeders.

My house is a one-story ranch, built in 1949 almost completely out of large, unobstructed plate-glass windows. It is a beautiful mid-century house, intended to fit in with the natural landscape of tall trees and rocks around it. The builders worked with what they found, and in places the house is built upon large boulders. Deer and racoons, foxes, squirrels, and birds all take refuge in the yard. Despite its attempts to harmonize with its surroundings, though, the house is undeniably a killer.

When I heard the telltale “thonk” for the first time, I knew the truth: These beautiful windows were to blame. What could I do?

When I spoke with Dr. Klem, my house was killing at a rate of a bird a month (that I know of). Just because there’s no tiny corpse to bury doesn’t mean I don’t know the body count is rising. There are more, I know, that I don’t hear. By the time Zelda got to college, my house, and by extension myself, would be responsible for hundreds of deaths. I wanted to fix the problem.

I started with some observations. The front of my house, which faces the road, has a lot of trees, and that’s where the birds hang out. The back yard is mostly grass, so I typically only see robins out there during the day. The birds tend to strike in the front of the house, flying down from the trees. This is also where I have placed my birdfeeders; that harsh reality is not lost on me, either. Is it my house, and my bird feeders, that are drawing the birds nearer, and subsequently killing them?

The main reason I called Dr. Klem was to find out if the permanent, clear UV coating that was applied to the eastern-facing side of the house to decrease the sun damage to floors and furniture would have the effect of decreasing bird strikes if applied on the western-facing side of the house, near the feeders. Since birds didn’t seem to hit the side with the coating, I reasoned that maybe, just maybe, those two things were related.

“Can you see through your house?” Dr. Klem asks me. I tell him that you can: from one side through to the other. If I were a bird, I could certainly make the mistake myself. Sadly, he told me that the UV coating would not have an effect. The birds need visual barriers.

There are materials on the market that you can use to mark windows. I searched Amazon and other sites, finding decals and sprays that make a visual barrier for the birds. Most of them are a milky, foggy color, and come cut in whimsical shapes (leaves, birds, hearts). There are also coatings that render your windows entirely opaque from the outside, while claiming to retain transparency from the inside.

But there are so many windows here, and the only available solutions on the market now would significantly alter the appearance of my home and our experience living in it. And to be truly effective, applied stickers need to be dense enough to eliminate any visual openings larger than my daughter’s handprint (small birds have been known to attempt to fly through openings as small as four inches by two inches). That’s a lot of stickers. I don’t like admitting this, but the thought of covering the windows with a dense coating of anything makes me cringe. We chose to live in a mostly glass home for a reason.

Something more permanent and discreet does not yet exist. There are currently several products in testing stages which will be invisible to humans, creating a clear pane of glass, which birds can “see” and avoid. Dr. Klem himself is developing one, as is 3M. As of yet, however, none of them are commercially available, and there isn’t a definite timeline for public availability, either. So for now, short of replacing my windows or covering them almost entirely with decals, there is no good option.

In the meantime, Dr. Klem tells me that moving my feeders closer to the windows will help. I do this, the counterintuitive logic being that birds will not be able to build up the speed and momentum needed to strike the window with dangerous force.

Last Sunday morning, I slept in a little while my husband Josh woke up with Zelda. I could hear them out in the kitchen. “Oh no,” Josh said loudly. He says things like that a lot, but the tone of his voice told me it was something bad or, more accurately, sad. I got up and was halfway down the hall when he walked in, the baby in his arms. “Bad news: One of your woodpeckers died.” We walked out to the window to see where it lay, on its back, still looking so alive. It was a few feet from the feeder. I wondered if the corpse was bothering the living birds. “It’s really beautiful,” my husband said as we looked at it still. “Maybe it didn’t hit the window,” he said, knowing what I was thinking. “Maybe he just died of old age.” I didn’t respond. “I’ll bury him,” he said, walking toward the door.