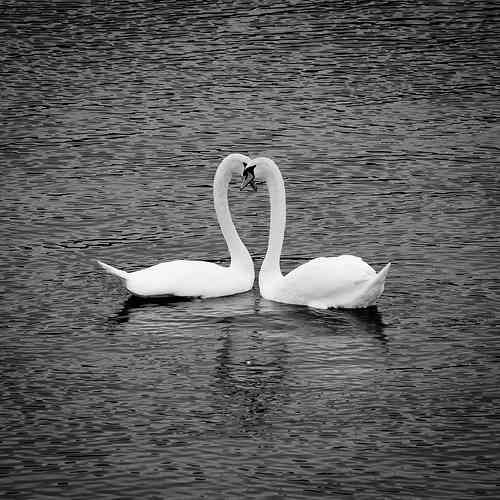 It's Valentine's Day, and many people are planning to celebrate with that special someone. It's also a good excuse to look at lovin' in nature. While humans may value monogamy, it turns out to be quite rare among animals in the wild.

The National Science Foundation provides a few fun facts about monogamy and wildlife (if you like animals, you have to check out the slideshow the NSF put together to accompany these stats):

3) Some insects, including cockroaches, are monogamous.

4) Any form of monogamy among fish and amphibians is exceedingly rare.

In his review of Bernd Heinrich's excellent book, The Nesting Season, Wayne Mones addresses the question: What good is monogamy anyway?

The answers depend on conditions. Heinrich cites the example of screech owls, which are typically monogamous throughout their lifetimes. But when food is plentiful and nest density is high, males can easily provision more than one nest, so they become polygynous. And when food is readily available, females need less parenting investment from males. On the other hand, when food is widely scattered, so are nests and females. In these instances, females benefit most from increased help in parenting, which means males can maximize their reproductive success only by devoting themselves to a single mate and a single nest.

And finally, take a look at Audubon associate editor Michele Berger's compilation of birds that do mate for life.