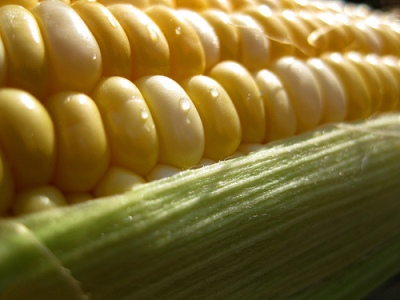 The corn, which produces the protein BT, helps repel pests and reduces the amount of insecticide that farmers have to use. Naturally produced by a soil bacterium, BT is often used by organic farmers to control pests. Protesters are worried, however, that having the protein within the corn will pose health and environmental risks. In other altered crops, such as Monsanto’s Roundup Ready corn, genetically modified genes have been found in neighboring varieties- pointing to the fact that the genetically modified crop is pollinating nearby varieties. This can lead to a bevy of issues for farmers that have chosen not to use genetically modified corn.

Both sides, though, have their points. The sweet corn does help drastically reduce the use of pesticides (at least for a time), which means a healthier environment and possibly healthier food. At the same time, activists claim that not enough tests have been conducted on the corn and we have no way of knowing how it will impact health (currently, the U.S. Food and Drug Administration doesn’t require companies to conduct studies). Monsanto, though, claims that it has conducted enough of  its own tests and that they were evaluated by the Center for Food Safety and Nutrition at the U.S. Food and Drug Administration.

The general research that has been conducted on genetically modified food has had far-ranging conclusions. Some specify that the food is harmless, while others conclude that more research should be conducted. Both sides of the debate criticize studies that don’t support their views.

Bowing to pressure from consumers, companies such as Whole Foods, Trader Joe’s, and General Mills have promised not to sell the sweet corn.

“We absolutely have the right to know if our sweet corn we are eating at our barbecue was genetically engineered in the lab,” said Stacy Malkan of California's Right to Know Campaign in an interview conducted by the Chicago Tribune.

While the debate continues, though, Monsanto’s sweet corn will soon be hitting supermarkets across the United States.

Genetically Modified Chickens Don't Pass On Avian Flu
Would you buy genetically modified chickens and eggs if those same birds couldn’t give other birds—or humans—avian flu?

US Oks Genetically Engineered Trees in South; May be Used for Biofuel
The USDA gave ArborGen, a biotechnology company, the green light to plant genetically modified eucalyptus trees in the Southern timber belt as part of a field test.

Food Culture
Genetically modified agriculture holds both the promise of drought- and virus-resistant crops and the peril of unraveling the natural food chain.

H&M Among Clothing Chains Caught in Organic Cotton Fraud Controversy
Lab analysis revealed that some of the clothing the popular purveyor labeled certified-organic cotton is contaminated with genetically modified cotton.