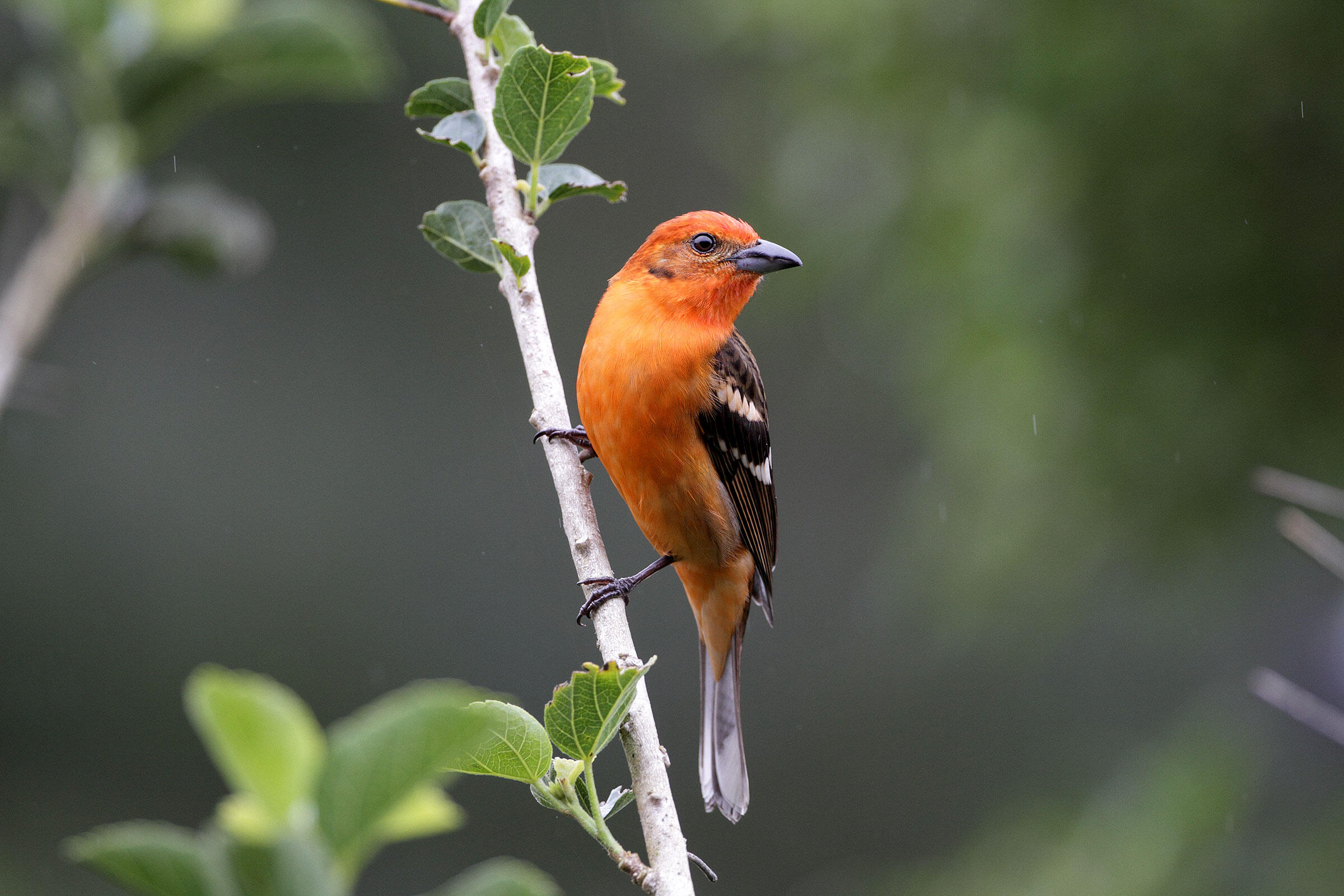 The Flame-colored Tanager moved upslope more quickly than any of the 18 indicator species in the study—at a rate of nearly 50 feet per year for 10 years. Photo: Wildscotphotos/Alamy

Mountain Birds Need to Move Even Higher to Survive

In Honduras, species are migrating upslope to escape deforestation and climate change, illustrating a global trend. But space isn't infinite.

For a decade, a team of ornithologists with Operation Wallacea, an international conservation research organization, summered in a cloud forest in northwestern Honduras, some 7,000 feet above sea level. These weren't luxury vacations, though: they spent much time hiking through elfin forest, also known as dwarf forest. Monte Neate-Clegg, a PhD student at the University of Utah and the leader of the study, recalls feeling a bit claustrophic as he ducked under stunted trees barely taller than he is, brushing aside bromeliads and getting drenched by rain-soaked moss during his time in the field in 2015.

The team stayed in near-constant motion as they moved between seven research camps within Cusuco National Park. They sometimes trekked for eight hours at a time, constantly moving and surveying birds to squeeze as much data out of their eight weeks in the field as possible. The work was hard but often rewarding. On one excursion, Neate-Clegg recalls, the team paused to admire a tiny Wine-throated Hummingbird sitting on a branch in front of them, hot-pink gorget flared, singing his heart out. But the sight of the stunning bird was bittersweet, Neate-Clegg says, because the species could be wiped out by manmade threats—namely, climate change and deforestation—creeping up the mountainside and endangering high-elevation cloud forests and their inhabitants.

Neate-Clegg and the team wanted to better understand how cloud-forest birds are reacting and adapting to these threats. Over the course of 10 years, they conducted more than 3,000 point-count surveys to study 18 species of the most common and easily identifiable cloud-forest birds in the park.

At the end of the study, which was recently published in Biotropica, they found that out of 18 common indicator species, eight—including the Flame-colored Tanager, Black-headed Nightingale-Thrush, and Yellowish Flycatcher—moved upslope at an average rate of 23 feet per year, while two species shifted downslope. (Another four didn’t shift significantly.) Additionally, species diversity increased at higher elevations and decreased at lower elevations.

The study lines up with prior research describing how wildlife is adjusting to global warming. A tally of more than 4,000 species across the world revealed that roughly half are experiencing range shifts, moving upslope and toward the poles to adapt to a warming planet. This means that in time many species could have nowhere left to run as climate change transforms habitats and redistributes species around the globe.

However, this is one of the few analyses to focus on tropical birds. Elevation shifts of temperate-forest have been well-studied, despite the fact that tropical birds seem to be more sensitive to temperature. One of those other tropical research projects was led by Benjamin Freeman, an evolutionary ecologist at University of British Columbia, who authored a study in 2014 on upslope migration of New Guinean birds and just this week published new research on the "escalator to extinction" on a remote Peruvian mountain. He says that this new study in Honduras has important implications for understanding where tropical montane birds might end up as climate change continues. 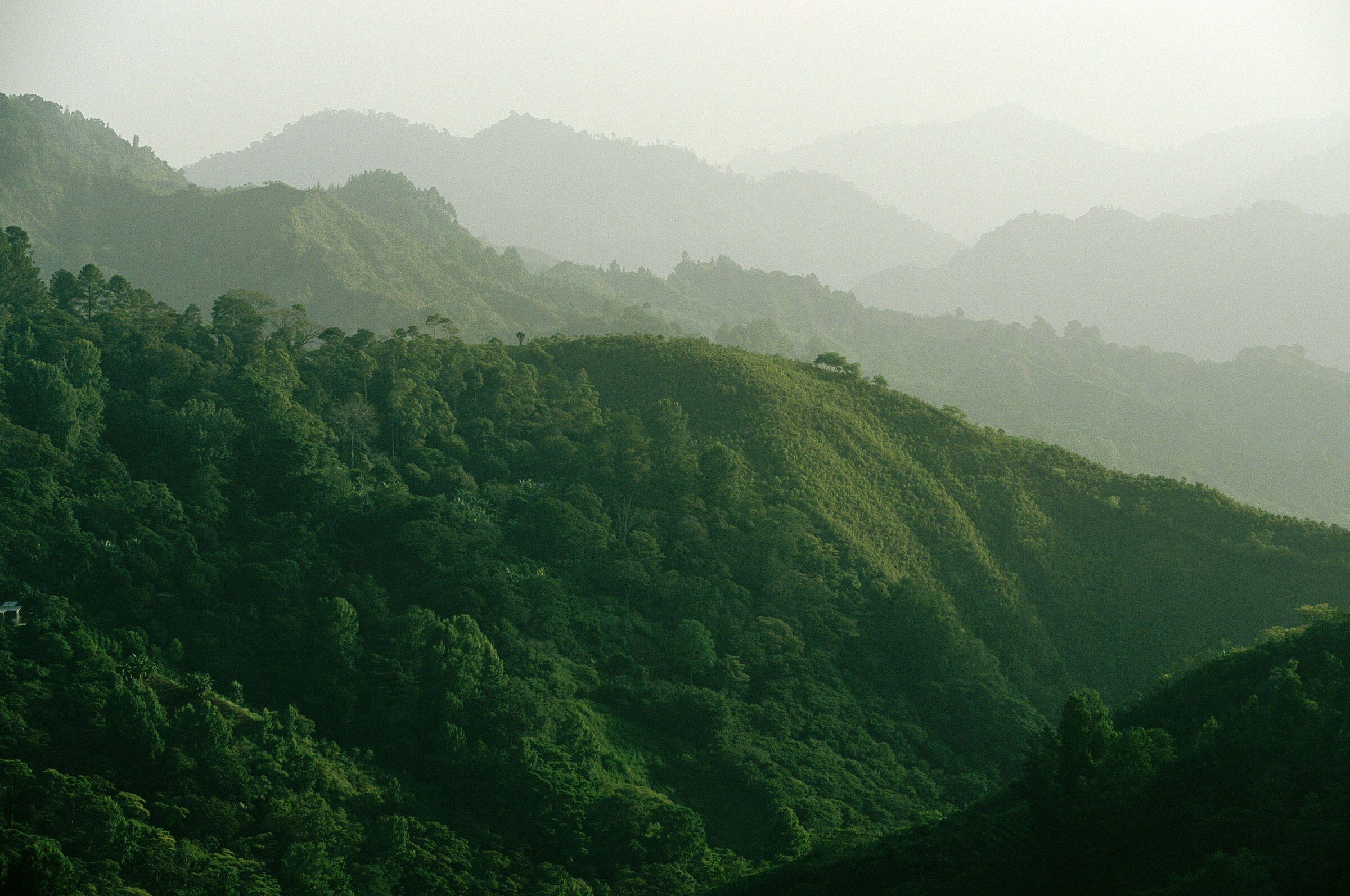 “This dataset that they analyzed is an interesting and important one because it is one of the few long-term studies measuring how birds are changing where they live over time,” says Freeman, who was not part of the new research.

He also emphasized the frequency of the surveys: For 10 years, fieldwork was conducted annually between June and August and each of the 26 transects (with 132 sites between them) was surveyed in its entirety at least three times per field season.

“It’s 10 years of doing the same surveys in the same places,” Freeman says. “In that time it got a little bit warmer, and they can use that then to actually provide real data on how warming is influencing where these birds live in nature.”

The analysis found that climate change had a greater effect on birds at higher elevations while deforestation was a greater influence at lower elevations. As forests heat up from global warming, some birds are migrating up the mountainside to remain in cooler temperatures they prefer or to follow resources, like food, that can't handle the heat. Meanwhile, at lower elevations within the park live around 40,000 people in 38 communities, some of whom clear swaths of forest for cattle pasture and coffee plantations—including areas in the core high-elevation forest, though it’s not allowed. Such deforestation destroys habitat, creates forest-dividing gaps that some smaller birds can't fly across, and carves out new edges, which allow predators and parasites better access to interior habitat.

Freeman suggested that tropical birds might be particularly sensitive to climate change because they typically experience the same temperature year-round. But Neate-Clegg added that the shift upward might not be driven only by direct temperature effects on the birds but also by climate effects on their diets, habitat, and predators. Overall, though, it’s difficult to separate the effects of climate change from those of deforestation in tropical montane communities because sites free from disturbance are few and far between.

The birds that shifted downslope—the Resplendent Quetzal and Emerald Toucanet—both eat fruit, a fact which could explain why they didn't follow the upslope trend. “Fruit-eating species tend to be the most mobile because they often have to access fruiting trees all over the forest, whereas insectivores have small territories,” Neate-Clegg says. “They would be more able to cross some of those deforestation gaps.”

Though there’s more work to be done, Neate-Clegg says that he has confidence in the results in no small part because they're similar to those found in tropical systems around the world.

“Despite the complexity of it all, the results do seem to be consistent wherever we look in the tropics,” he says. “I think that’s the most powerful sort of indication that it is climate change.”

Correction: The original story stated that Neate-Clegg has led the data collection for 10 years. Though he leads this study, annual monitoring in the field has been led by a team of ornithologists with Operation Wallacea.