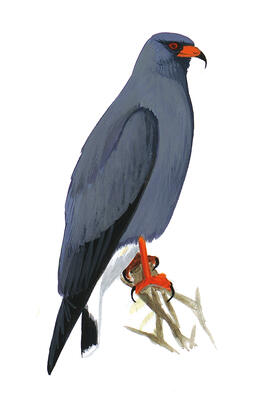 A dispute between a Florida agency and the U.S. Fish and Wildlife Service could mean the elimination of the Arthur R. Marshall Loxahatchee National Wildlife Refuge in the Everglades. The state agency has begun a process that puts the future of the refuge at risk, over a feud about invasive species control.

At 144,000 acres, the Loxahatchee National Wildlife Refuge is home to more than 250 species of birds throughout the year, along with many additional migratory birds and unique species such as the endangered Everglade Snail Kite—a raptor that depends on the Florida apple snail for prey.

The dispute over the management of invasive species, including the Old World climbing fern, further jeopardizes this ecosystem already classified as an IBA In Danger by BirdLife International. Disappointingly, the South Florida Water Management District issued a notice of default to the U.S. Fish and Wildlife Service (FWS) on their lease agreement between these two agencies, due to claims that FWS has not properly controlled the fern. This is the first step in a process that could ultimately lead to the removal of the National Wildlife Refuge.

Audubon Florida has called for providing greater resources to tackle this issue and expanding a collaborative partnership among the two agencies. In doing so, they can leverage shared resources from federal and state agencies to help manage this critical habitat and keep in place the protections warranted to this vital habitat as part of the National Wildlife Refuge System.