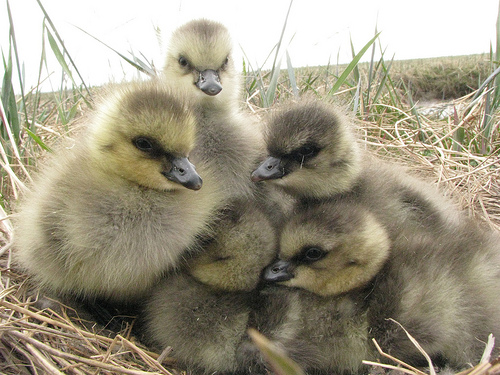 For the first time ever, the government is crafting a management plan for the nation’s largest tract of land, a 22.8 million acre reserve in northern Alaska that supports a bevy of wildlife—and the public has until Friday to voice its support. Walruses haul-out along the Arctic coast, belugas give birth in near-shore waters, grizzlies and wolves hunt caribou and other prey on the tundra. And there are birds. Hundreds of thousands of the winged creatures make their way from five continents to nest each summer at Teshekpuk Lake and surrounding wetlands. The area supports tens of thousands of molting snow, cackling, greater white-fronted, and Canada geese, and up to one-third of the world’s Pacific black brants, nearly 40,000 individuals. It’s a haven for vulnerable species, such as the spectacled eider and yellow-billed loon.

The National Petroleum Reserve-Alaska isn’t only rich in wildlife—it also holds stores of oil and natural gas. With the new management plan, the government has the opportunity to balance energy development with safeguarding wildlife and critical habitat.

The Bureau of Land Management has developed four possible plans that range from opening up the entire reserve to drilling, to restricting leasing in sensitive areas. The public comment period is open right now, but it ends soon. Click here to voice your support for Alternative B, the option Audubon and other environmentalist groups strongly support. You've got until Friday, June 15, and it'll only take a minute!

As I wrote in a recent Audubon story about the plan:

To continue reading the story and learn more about how the unprecedented plan could help balance domestic oil production and conservation, click here.