The 2020 World Wildlife Fund Living Planet report that came out recently paints a dire picture of the state of the world’s biodiversity—a nearly 70 percent average decline in wildlife populations since 1970. The major UN Global Biodiversity Outlook report published today gives the sobering news that the nations that signed the Convention on Biodiversity have not met the goals they established. But a new scientific paper published last week in Science Advances, provides a vision for what needs to be done to stop and reverse the declines. And it showcases the critically important need for increasing support of Indigenous-led conservation in Canada, in both Boreal and Arctic ecosystems.

Fortunately, as the authors point out in the paper, there is good news.

And there is more good news—many of these globally important places for biodiversity and climate are being conserved by Indigenous governments.

The paper “A ‘Global Safety Net’ to reverse biodiversity loss and stabilize Earth’s climate,” presents the results of a unique global analysis of where we need conservation most to deal with the simultaneous crises of biodiversity loss and climate change. The authors considered four biodiversity values: rare species sites, high biodiversity regions, large mammal landscapes, and areas with large areas of intact habitat. They overlaid the regions identified based on these values with protected and unprotected lands to gauge how much further land protection is needed. 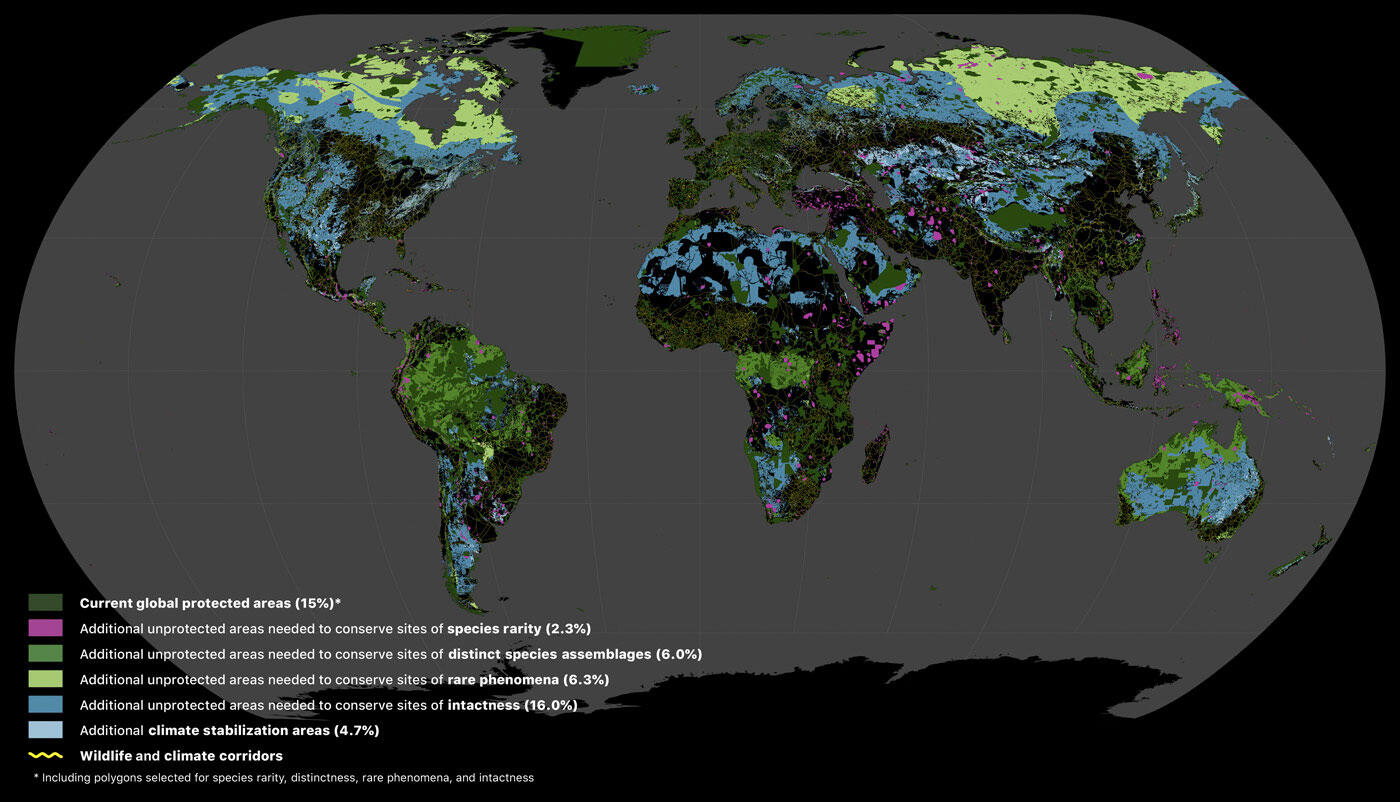 The authors estimate from this analysis that stemming biodiversity loss and maintaining healthy wildlife populations and ecosystems will require an additional 30.6% of the land surface to become conservation lands.

Perhaps it won’t come as a surprise to learn that the Boreal Forest and Arctic biomes of Canada and Alaska is showcased as an area of global conservation importance but also an area in which more conservation still needs to be done.

Indigenous governments and leaders are not wasting any time in facing the challenge.

In the Boreal Forest biome in Canada particular, the efforts of Indigenous governments have led to the establishment of massive multi-million-acre Indigenous Protected Areas like Thaidene Nëné and Edéhzhíe in the Northwest Territories, Pimachiowin Aki in Manitoba and Ontario, and Tursujuq in along the shores of Hudson Bay in Quebec. Other Indigenous governments are actively pursuing more Indigenous Protected Area proposals across Canada. The Cree Nation has new protected areas proposals that encompass 30% of their traditional territory which would mean millions of acres of new conservation lands.

It is leadership like this shown by these Indigenous government that is already turning the vision of a “Global Safety Net” for nature and climate into something real and lasting. Such efforts need the support of the public and government at international, national, and sub-national levels.

Research results like those shown in this paper make it abundantly clear that a proposed new Convention on Biodiversity target of protecting at least 30% of the global land base by 2030 must be adopted if we are to have any real chance of dealing with the crises of rapid biodiversity losses and climate change.