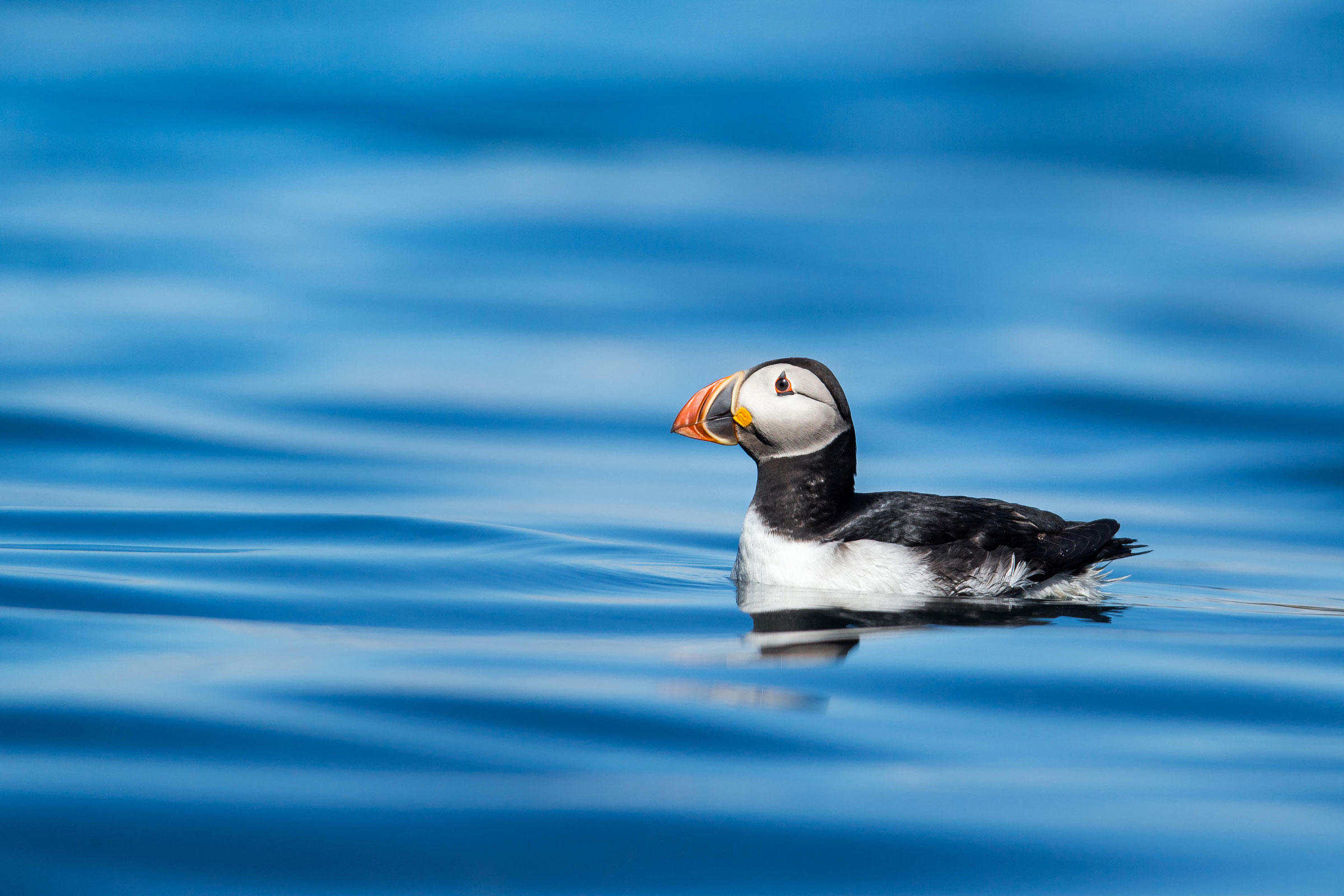 Located off the coast of Cape Cod, the area will be called the Northeast Canyons and Seamounts Marine National Monument and is home to a variety of oceanic wildlife, including overwintering Atlantic Puffins.

Rumors have been swirling, but today, on September 15, 2016, we finally have confirmation: President Obama has officially announced the designation of the Northeast Canyons and Seamounts Marine National Monument, the first marine monument in the Atlantic Ocean. The announcement was made today in Washington, D.C. at the Our Ocean Conference hosted by Secretary of State John Kerry.  At the conference, President Obama spoke about the many threats that ocean ecosystems face, including overfishing, pollution, and ship traffic.

"The more of those threats that we eliminate through conservation, the more resilient those ecosystems will be to the consequences of climate change," he said. "So today we’re building on this approach by establishing the first marine national monument in the Atlantic. We’re protecting fragile ecosystems off the coast of New England, including pristine underseas canyons and seamounts. We’re helping make the oceans more resilient to climate change, and this will help fishermen better understand the changes that are taking place that will affect their livelihood. And we’re doing it in a way that respects the fishing industry’s unique role in New England’s economy and history. "

The monument will cover 4,913 square miles of ocean habitat, located about 130 miles southeast of Cape Cod. From the surface, it doesn't look like much, but beneath the waves is an underwater mountain range teeming with life, with canyons as deep as the Grand Canyon and underwater mountains (called seamounts) that reach nearly to the ocean’s surface. As currents weave through and around the slopes, they stir up nutrients from the deep sea and carry them to the surface, where they feed a rich diversity of life, including microscopic plankton, schools of big fish, cold-water corals, whales, sea turtles, and overwintering puffins. (See the slideshow at the bottom for images of the area's unusual marine life.)

While the area is huge and filled with life, very little has been known about it until recently. In fact, it was only last year that Audubon scientists discovered that Atlantic Puffins spend their winters feeding some 200 miles off the coast of Cape Cod. For 43 years, Steve Kress, Audubon’s vice president of bird conservation, has watched over Atlantic Puffins on Eastern Egg Rock, a small slab of stone off the coast of Maine. “For the first 42 years of that we didn’t know where they went in the winter,” he says. To find out, Audubon scientists tracked 19 puffins with geolocators and followed them as they migrated south to feast on small fish and krill that thrive in the nutrient bath near the new monument. After the discovery of the puffin's wintering grounds, Audubon joined a coalition of environmental groups and other stakeholders in urging President Obama to protect the region.

The blue and yellow stretches on this map show areas frequented by 14 puffins during the winters of 2013/2014 and 2014/2015. Audubon scientists tracked the birds to the continental shelf off the New England Coast, the new marine monument, and beyond.

“I’m so pleased that the puffins are part of the story of the creation of this new monument, the first marine monument in the Atlantic,” Kress says. Now it’s not only their breeding islands that are protected, but also their wintertime habitat. “You can’t just protect them where they nest," he says. "For puffins, you have to protect them throughout the year."

President Obama designated the new monument by exercising his presidential authority under the Antiquities Act, a law passed by President Roosevelt in 1906 that allows the president to create national monuments from public lands by presidental proclamation—and, crucially for Obama, without Congressional approval. This new monument will be the 27th he's created using the Antiquities Act during his time in office, more than any previous president. In the last month alone, he invoked the act to protect 87,000 acres of Maine forest as the Katahdin Woods and Waters National Monument, and to quadruple the size of Hawaii's Papahānaumokuākea Marine National Monument, which at 582,578 square miles is now the largest marine reserve in the world.

The monumental designation will ban commercial fishing, mining, and drilling within the monument's boundaries. The red crab and lobster fisheries, which are expected to take the biggest hit from lost catch, have seven years to move out of the area, while other commercial fisheries are required to vacate within 60 days. Recreational fishing will be allowed.

By banning commercial fishing, the monument will protect the juvenile fish Atlantic Puffins rely on to rear their chicks in Maine. Because the seafloor lining the Northeast Canyons and Seamounts Marine National Monument is too deep and too far offshore for most fishermen to reach, healthy populations of large, old fish live there—large, old fish that produce many of the young that seed the region’s fish populations. Every year, countless millions of inch-long juvenile fish migrate hundreds of miles from the canyons to warm coastal estuaries to feast on plankton, and it’s there that they meet the beaks of Atlantic Puffins, Roseate Terns, Razorbills, and other seabird parents.

“It’s not just about protecting areas; it’s about protecting the diversity of fish, managing the fish better, and having safe breeding places for the breeding stock of the fish,” Kress says. “Even though the [Northeast Canyons and Seamounts Marine National Monument] isn’t heavily fished now, fish are such a valuable resource that someday the technology will probably get them out of there. That’s why it’s important to protect these areas while they are still pristine.” 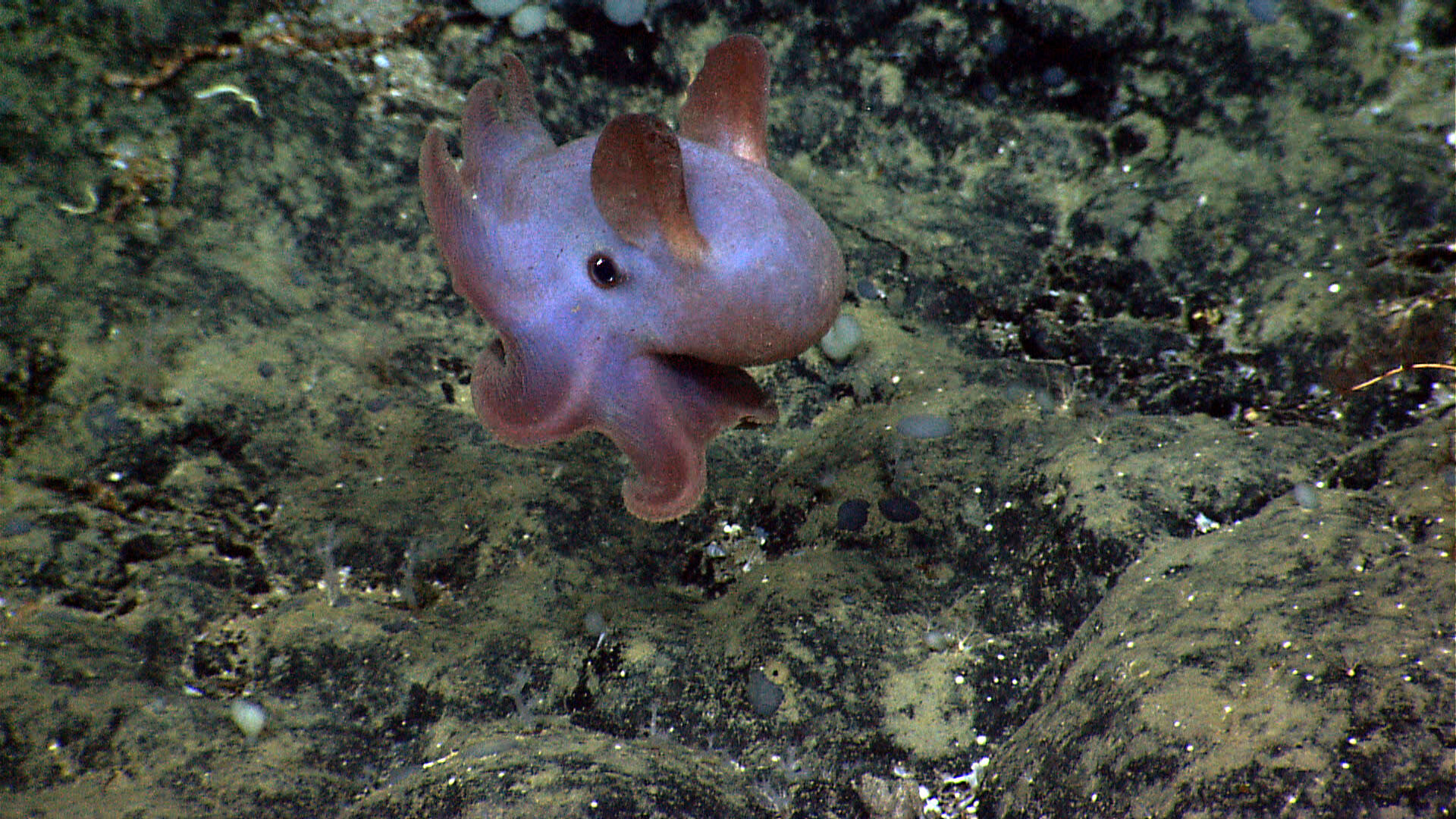 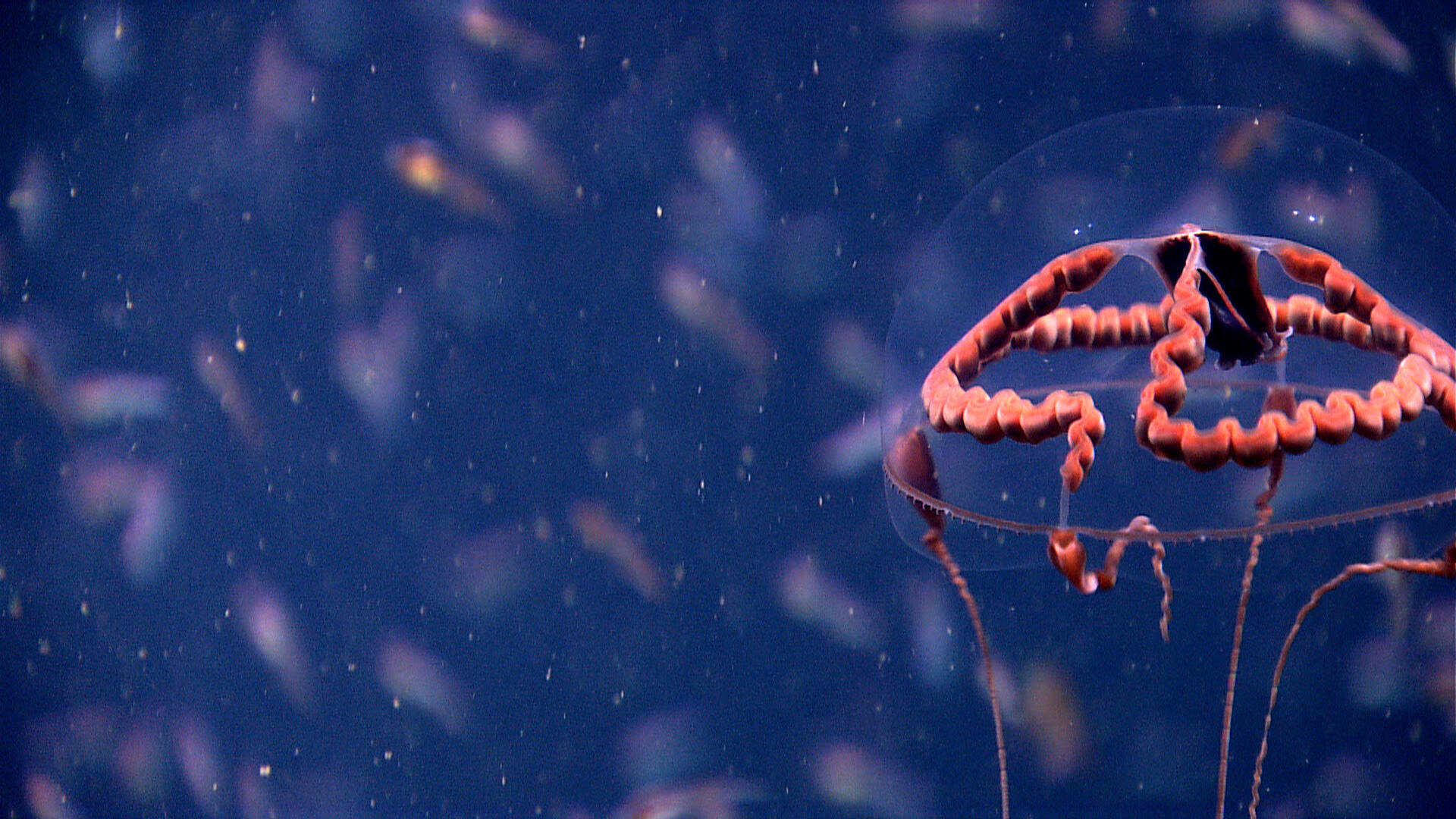 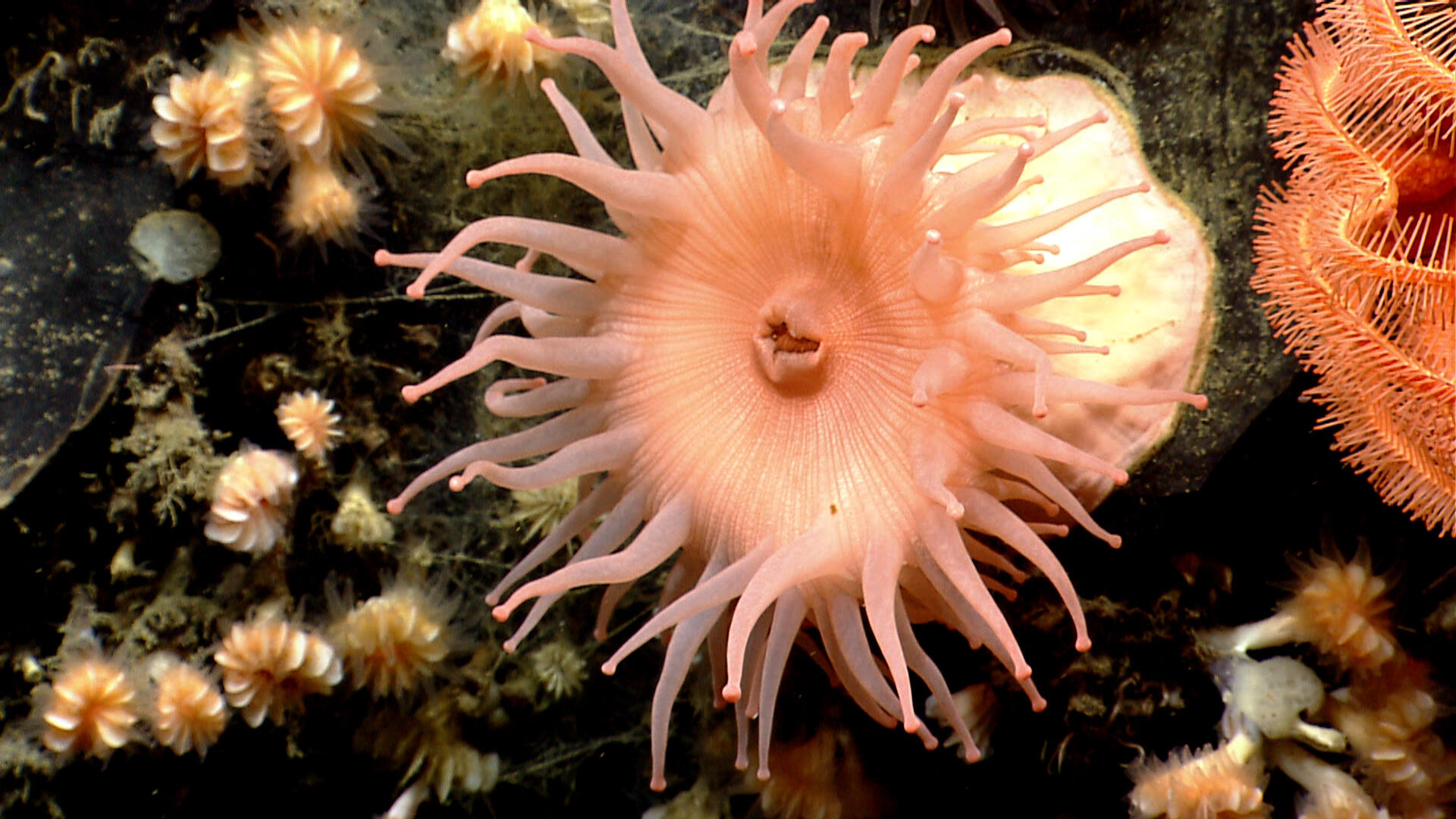 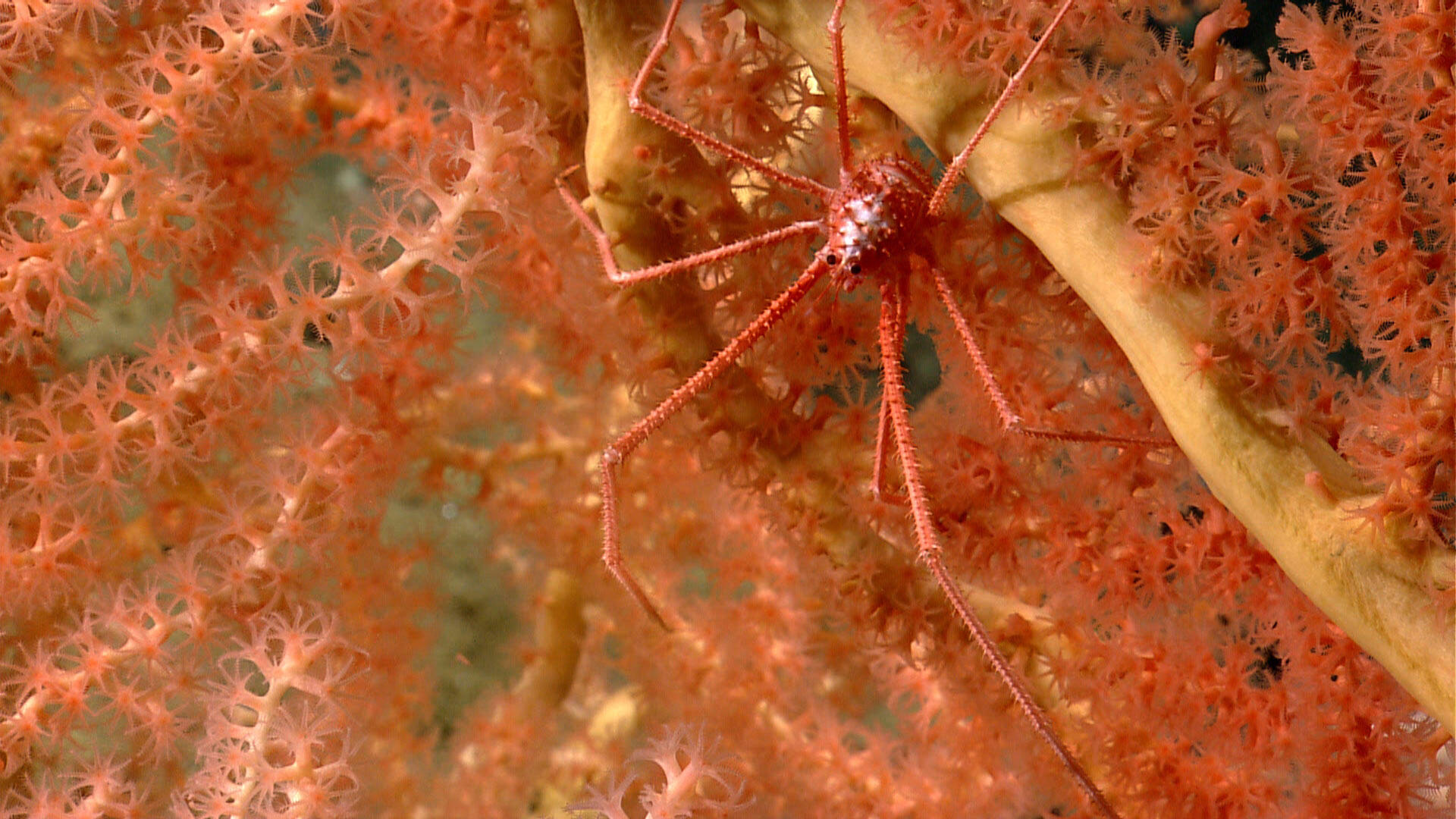 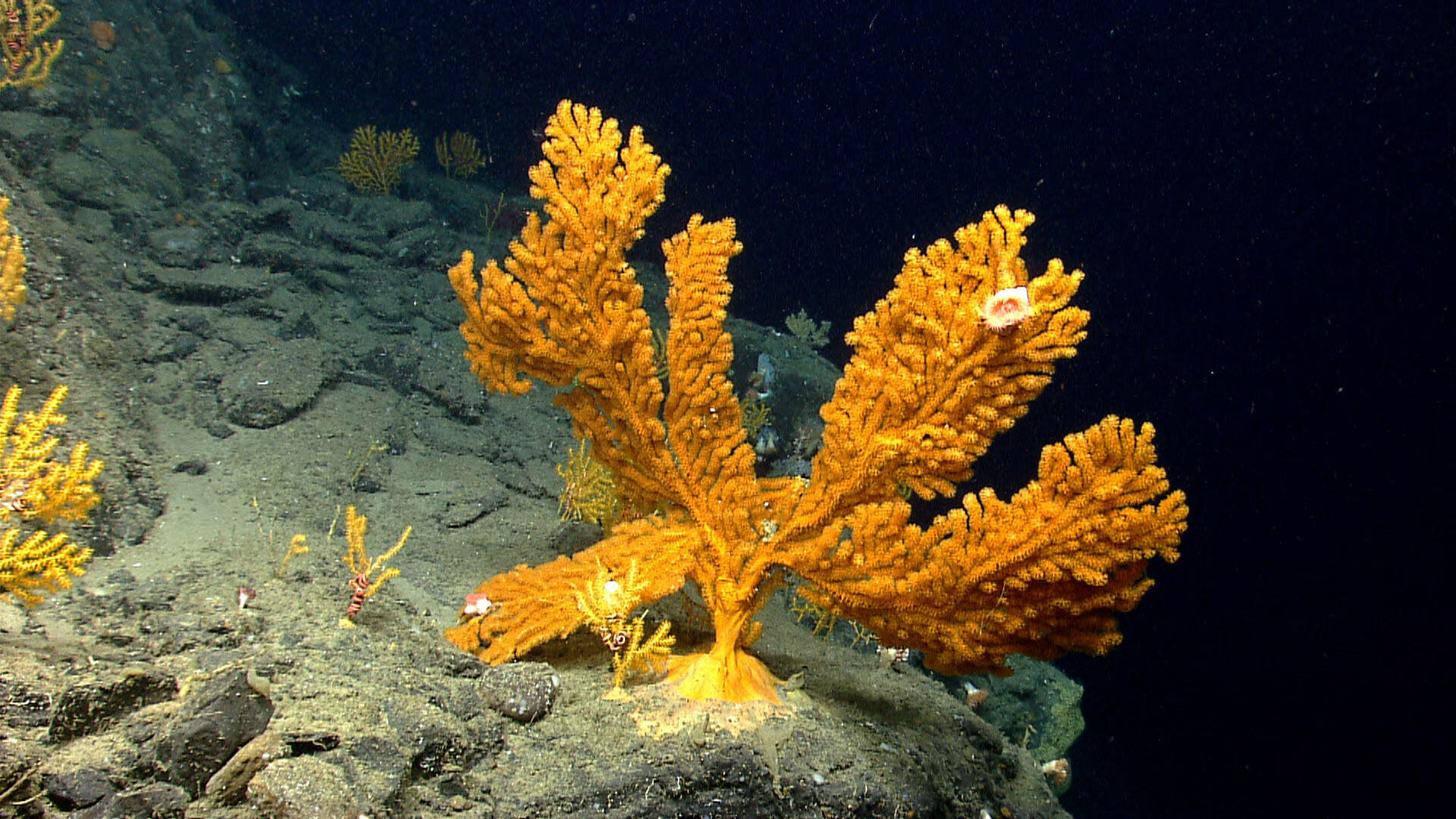 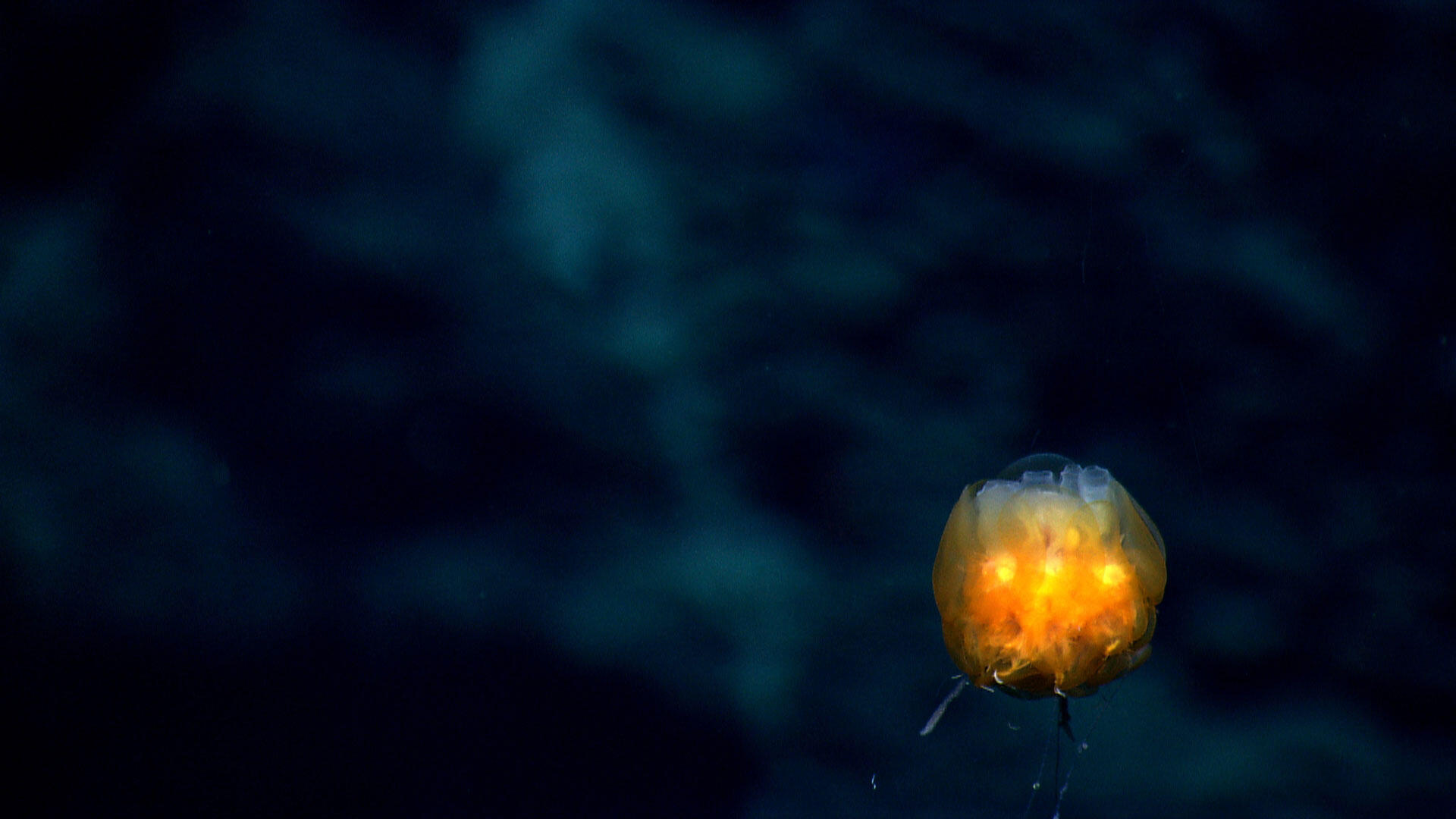 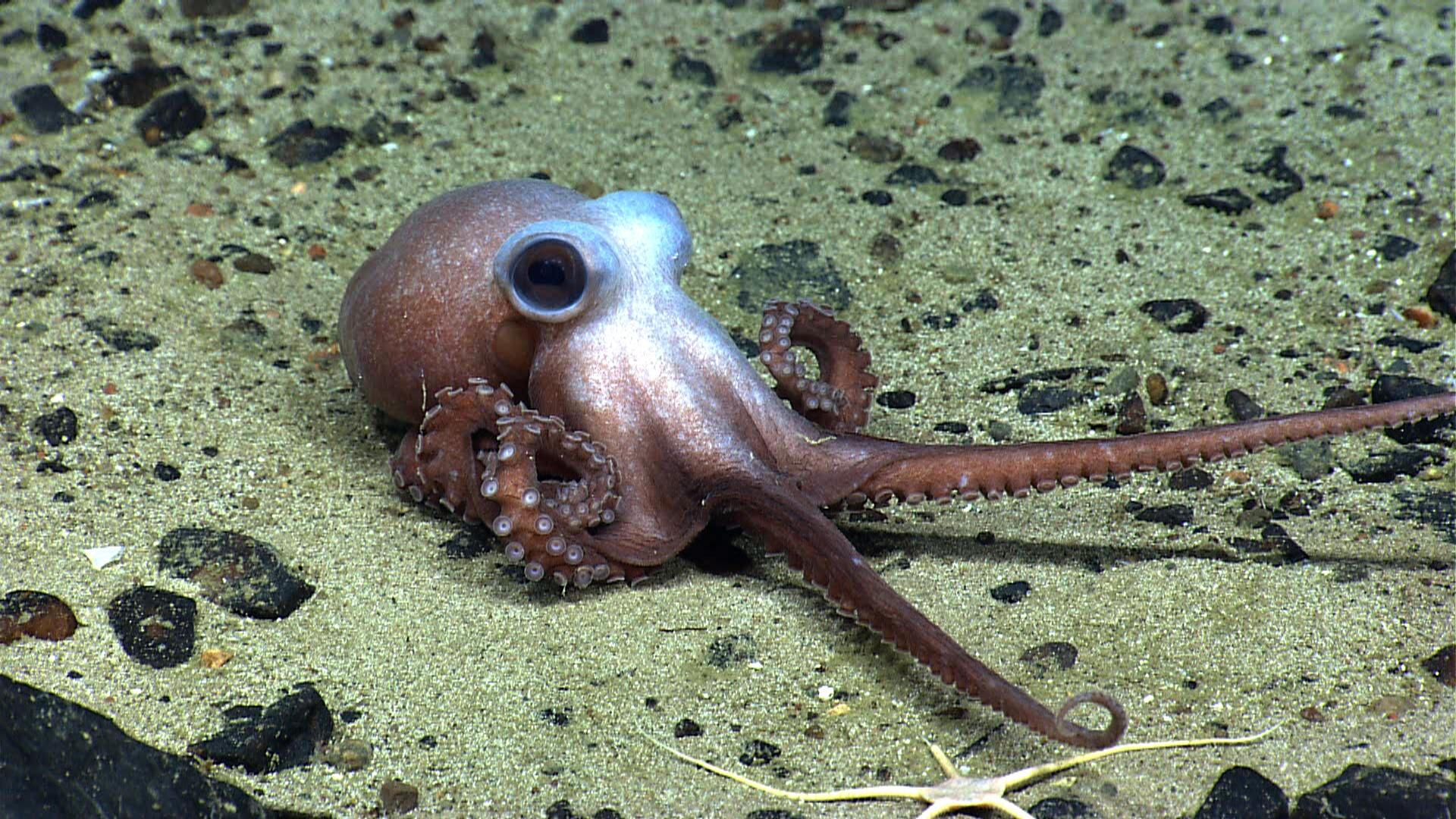 An octopus stretches its tentacles on Physalia Seamount. This animal is a predator like all octopus and squid species, and feeds on fish and invertebrates on the seamount. Photo: NOAA Okeanos Explorer Program, 2013 Northeast U.S. Canyons Expedition Science Team 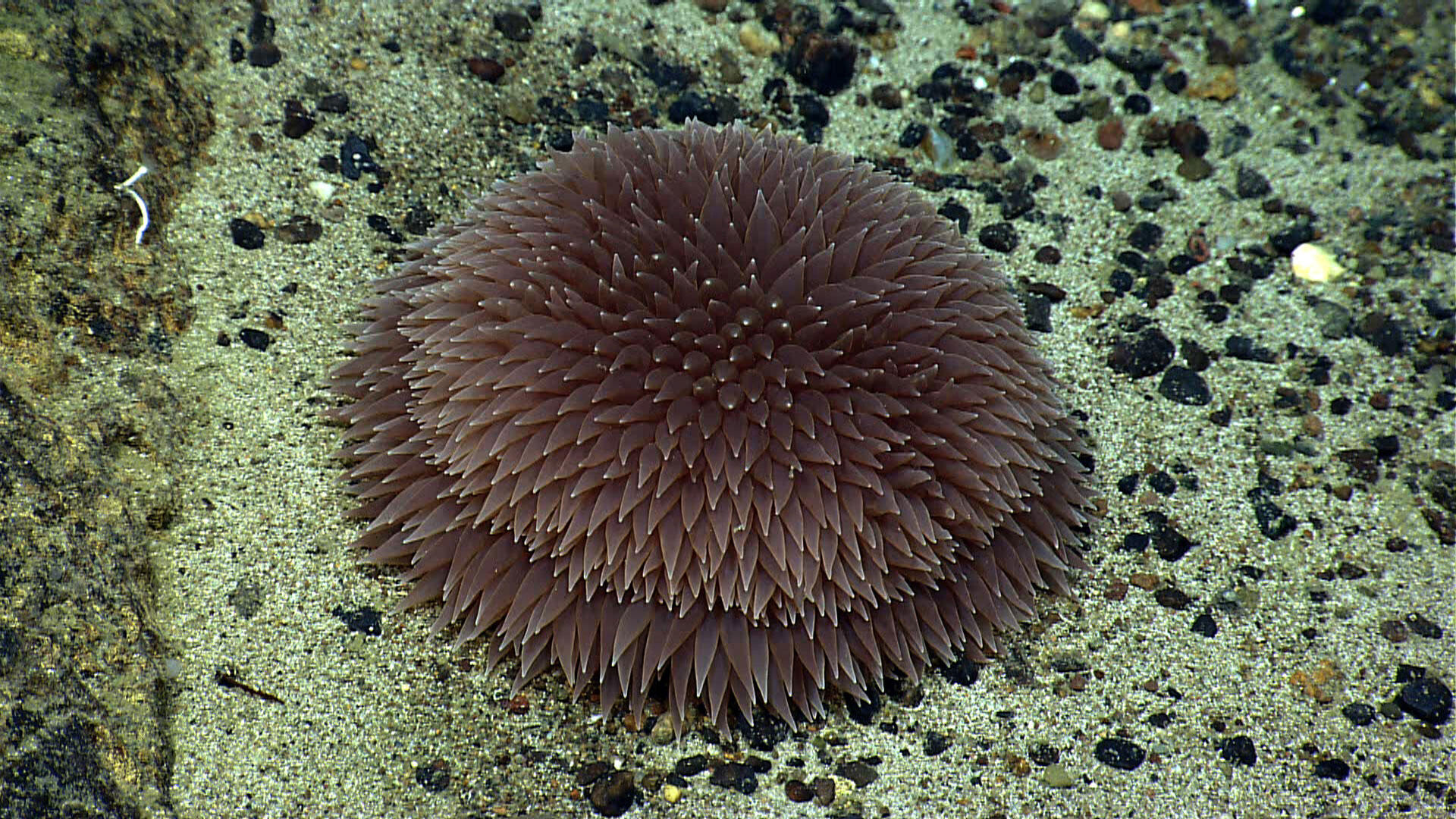 This pompom anemone lives on the summit of Physalia Seamount. The rare species may look like a plant, but it is animal. It uses its tentacles to sting and subdue its prey—and if the anemone is disturbed, the tentacles detach and make the animal unrecognizable. Photo: NOAA Okeanos Explorer Program, 2013 Northeast U.S. Canyons Expedition Science Team