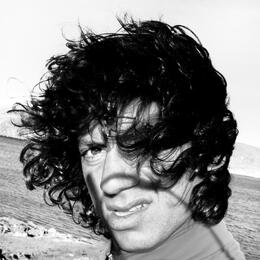 "This is not like Exxon Valdez," says Audubon's David Ringer (left), "What we're dealing with here is something subtler." At right is Audubon's Melanie Driscoll.
Elmer's Island, Louisiana - May 17
Our search for oiled birds begins in the hunting section of Walmart. At 8:30 a.m., southern Louisiana is already hot and humid but the cavernous store has an AC chill. There are bouquets of plastic flowers, racks of underwear and blackberry pies; a burly customer at the gun counter cradles half a dozen boxes of ammunition.
I drove from Brooklyn to Louisiana to cover the Deepwater Horizon oil spill and have just met Melanie Driscoll, the sandy haired leader of bird conservation for Audubon’s Louisiana Coastal Initiative and David Ringer, the curly haired communications director for Audubon’s Mississippi River Initiative. The sleep-deprived but oddly energetic pair has been on scene for two weeks, amassing a volunteer army, courting media and determining how best to protect bird habitat. We are at Walmart because they have the permits we need to access a bird-rich barrier island Melanie and David are worried about; apparently dump trucks and military Humvees have invaded the beach to create a barrier of dirt and rock that will prevent oil from entering interior marshes. An ornithologist at the Louisiana Bird Resource Center has just emailed me a desperate message concerning the site: “I hear it is like a war zone.”

A tricolored heron in Grand Isle State Park, Louisiana. (Photo by J. Nobel)
Deepwater gushes a suburban swimming pool’s worth of oil every few hours but little of it has washed ashore. Absent also are the flocks of oil-smothered birds seen in the 1989 Exxon Valdez spill. Still, more than two dozen oiled birds have been recovered, a tiny fraction, many experts say, of the overall number. And the oil keeps coming, spewing toxins into a rich marsh ecosystem that literally feeds the nation. More than half a dozen Important Bird Areas are threatened by the spill. “This is not like Exxon Valdez,” says David. “What we’re dealing with here is something subtler.”
Walmart is out of permits but we get them at a bustling camping gear store then take a two-lane road south, paralleling a tea-colored finger of water that thousands of years ago was the main channel of the Mississippi. It is lined with shrimp boats, seafood shacks and small stilted homes with green yards and white picket fences. Melanie fields a continuous stream of cell phone calls. “Black vulture,” David whispers to me, as a massive black bird with white wingtips swoops from a branch.
Southern Louisiana’s environmental nightmare began long before the oil spill, and thousands of miles away, in places like Minnesota, New York, and Montana. Dams along tributaries to the Mississippi trap the sediments that once rushed down the engorged river each spring. When floods abated a rich silt was left behind, building natural levees and creating new land. As old river routes became blocked by their own sediment drops new channels formed. Over thousands of years, the Mississippi has meandered continuously, a process known as lobe switching which has created the fungus-like spew of spongy land that is southern Louisiana. But lobe switching no longer happens.
Not only do dams starve the river for sediment; in the past century we have straightened and dredged the river for shipping, heightened levees to protect homes and gouged wetlands to lay pipe for oil. New marsh is no longer being formed; old marsh succumbs to the sea. For the last seven thousand years the Mississippi added an average of one square mile of land a year to southern Louisiana. In just the last 90 years the region has lost some 2,300 square miles of land. “There is tremendous hopelessness and disempowerment in southern Louisiana,” says David, as we pass through Leeville, a jumble of rusted buildings abandoned since Hurricane Katrina. “People are resigned to watching their way of life disappear.”
The collapse of Louisiana’s marshes will not just doom local fishermen, it will starve the nation. Of U.S. seafood caught in the Lower 48, a third of it comes from this relatively small state. Melanie, who grew up on the Chesapeake, still remembers the day she learned many of their famous blue crabs were actually shipped in from Louisiana. Part of her long term job is to make the country understand the value of the region. “These wetlands provide services for an entire nation,” Melanie says, “and the nation has not paid back.”

Southern Louisiana's marshes are dying. (Photo by J. Nobel)
From an immense bridge that spans water that was once marsh I spot the stacks and cranes of Port Fourchon. Here tankers offload oil and helicopters take on rig workers, rarely seen links in a process whose end result runs our cars, heats our homes and makes our plastics. And minutes later we take part in it, stopping at a gas station to fill up. Inside, oil industry workers in blue uniforms polish off plates of fried shrimp and fish. “Most people down here work in oil,” says Melanie, “or they know someone who works in oil.”
As the sun sinks through cumulus clouds we finally spot a dump truck loaded with dirt. It follows a gravel road through the marsh and halts at a bustling construction site on the beach. There are squad cars, bull dozers and a camouflaged water truck. Humvees come and go. This is Elmer’s Island, part of a sausage link like stretch of barrier islands that provides rare beach access on an otherwise marshy coastline. In an attempt to protect the marshes, the Coast Guard is filling in the sausage links with dirt and rock. Closing these channels could save countless birds down the line, but also could have unforeseen ecosystem ramifications. But right now southern Louisiana is living in the present, immediate concerns outweigh future ones and decisions are made accordingly, whether it be unloading hundreds of thousands of gallons of toxic dispersants or reshaping the coast to block oil.
Even now, the birds on Elmer’s are paying a price. Laughing gulls float on evening airs, sanderlings drill for food in the surf splash and brown pelicans ride an invisible highway inches above the surface of the sea. But their sandy home is marked with the deep tire tracks of the trucks dispatched to build the barrier, which are hauling material from the other end of the island. It is something like an avian war zone. “People can cancel their vacations and stop eating food from the Gulf, but the birds can’t see it coming,” says Melanie, as she spies upon a colony of least terns nesting in the sand dunes. “No one gives them fair warning.”
A Humvee speeds by in the fading light, followed by a dump truck. Melanie and David film a melancholy report from the field. Further along we spot what has drawn us all here, oil. It is a glistening orange glob no larger than a grape. A rectangle drawn by cleanup crews marks the spot. In the fading sunlight, we look down the beach and see many more rectangles. As dusk settles a new light appears, shining from offshore; a giant sawhorse shaped structure on the horizon, just one of the Gulf’s 600 oil rigs.