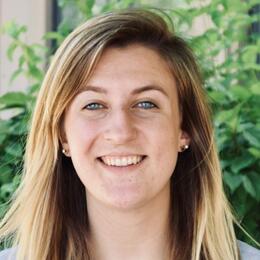 Today marks the start of another hurricane season, which the National Weather Service predicts will be busier than usual for the seventh year in a row. Many folks where I live in Louisiana, still recovering from the last two years of storms, are revisiting their evacuation plans and restocking their batteries, flashlights, and other supplies. This year, there’s an important task that should be on Congress’s hurricane season preparation list: modernize and expand the Coastal Barrier Resources Act.

This 40-year-old bipartisan law saves lives and protects coastal habitat and property in a unique way. Undeveloped beaches and coastal wetlands around our country provide important habitat for birds and wildlife, but these areas are particularly prone to flooding and storms that endanger lives. The Coastal Barrier Resources Act (CBRA) discourages development in these hazard-prone areas by removing federal spending like flood insurance, disaster recovery grants, and other federal expenditures on the CBRA’s system of protected areas. This market-based approach is working, as less than 5% of the areas protected by CBRA have been developed, while areas outside of the system have experienced much higher rates of development. CBRA has already saved federal taxpayers nearly $10 billion, and is projected to save another $11-109 billion in the future.

The barrier islands, beaches, inlets, and wetlands that make up the CBRA’s 3.5-million-acre system act as nature’s speed bumps, buffering nearby communities from storms and floodwaters. Nationwide, coastal wetlands provide $23 billion in storm protection services each year, reducing storm recovery costs for communities and taxpayers. Birds like Piping Plovers and American Oystercatchers depend on the beaches and islands in the CBRA system to nest, forage, and rest during migration. The surrounding wetlands and inlets also support recreational and commercial fisheries that are essential to our economy and coastal heritage.

It’s time now to expand these benefits to even more areas on our coasts. In April, the U.S. Fish and Wildlife Service recommended that Congress add over 277,000 acres to the CBRA System along nine states most impacted by Hurricane Sandy. After Sandy struck the East Coast nearly 10 years ago, a study found that coastal wetlands prevented $625 million in additional property damages. Adding new areas to the CBRA system from Virginia to New Hampshire will help buffer these coastal communities from the sea-level rise and storms, while protecting birds and saving even more tax dollars.

Additionally, Audubon urges Congress to update the areas covered by the CBRA system to include coastal bluffs and spits and other related areas. CBRA should also be expanded inland to include wetland migration corridors, where wetlands could naturally “migrate” in response to climate change and sea level rise. Without the space to move inland, we risk losing many of our wetlands, and with them, our birds. CBRA should also be expanded to the Pacific Coast, not yet included in the system. Currently, CBRA protects areas along the Atlantic Coast, Great Lakes, Gulf of Mexico, Puerto Rico, and U.S. Virgin Islands. Including the Pacific Coast would be a major achievement for those coastal communities and for the coastal birds that need those areas, like the California Least Tern. Each of these provisions was included last year in the Ocean-Based Climate Solutions Act, introduced in the House Natural Resources Committee, and we hope to see them re-emerge this year as part of legislation to expand CBRA along the nine states impacted by Hurricane Sandy.

Last but not least, pressure to open up CBRA areas to federally funded sand mining continues to threaten CBRA. Plundering sand from these protected areas would put people and wildlife at risk. Congress must ensure CBRA areas remain intact and fully protected.

It’s time for Congress to introduce new legislation that puts these provisions into action. Expanding and protecting the Coastal Barrier Resources Act will ensure this critically important bipartisan coastal law can continue to deliver benefits to birds and people in the face of climate change.