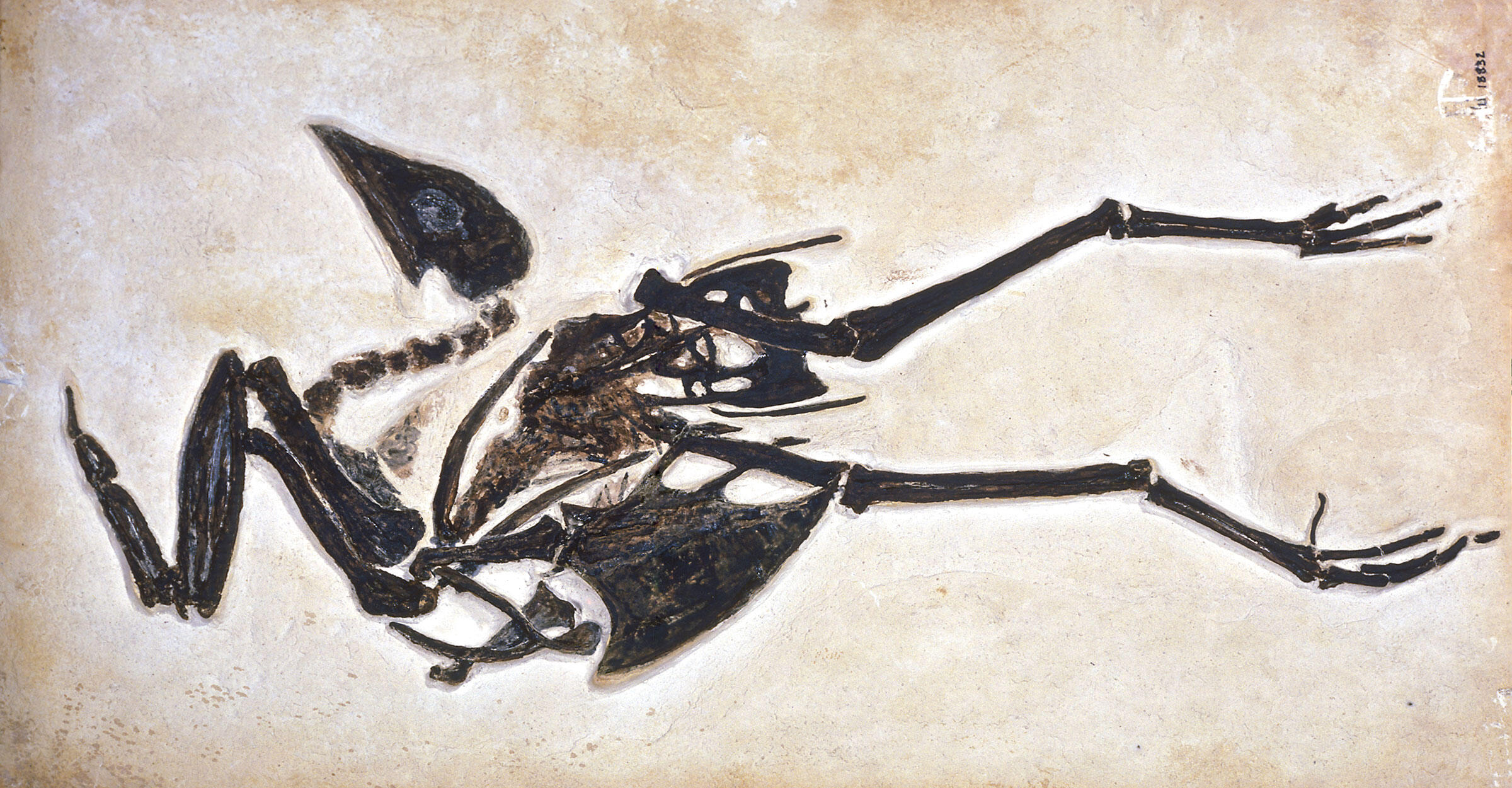 With commercial demand for fossils high, scientists worry valuable discoveries from the bird-rich Green River Formation are being lost.

Kemmerer, Wyoming, is a sleepy little town with a main drag populated by quiet cafes and the JCPenney mother store. But there’s something that makes this place extraordinary, and it’s set in stone among the surrounding hills.

The stacks of bare rock hemming Kemmerer host one of the most extraordinary graveyards in the world. Paleontologists know it as the “18-inch layer,” a roughly 50-million-year-old window into Eocene time, preserved in high-definition in a layer of sediment a foot and a half thick. Back in the Cenozoic Era, this piece of southwestern Wyoming was submerged by an enormous 40-mile-long lake. Fish, turtles, and alligators thrived in the water, while the surrounding subtropical forest hosted an array of other vertebrates—from ancient primates and horses, to early bats and birds. After they died, they were preserved in haunting detail in what paleontologists call the Green River Formation. “It was a perfect combination of factors,” says Lance Grande, a paleontologist at the Chicago Field Museum, who’s been exploring the site for the past three decades. Many specimens were fossilized with their bones still articulated, and a rare few have been preserved right down to delicate details like feathers or gut contents.

But the draw of the 18-inch isn’t only in its individual fossils: All together, it gives paleontologists a rare view of an entire prehistoric community. If you want to see a lost world with your own eyes, these bones are about as close as you can get. In fact, the formation is so unique, the U.S. government created Fossil Butte National Monument in 1972 to protect an 82,000-acre chunk of it. That puts it under the Paleontological Resources Preservation Act, which bans the collection of preserved vertebrates on federal lands, unless by special permit.

Those protections have proven necessary, both for the landscape and the history that can be gleaned from it. Since the 19th century, private collectors have mined the deposit and its outcrops in hopes of finding specimens that can turn a buck or two. That trend has only grown: Grande estimates that 90 percent of the excavation in the area is commercial. While most of the operations are legal and on private tracts, there have been instances of looting on monument lands. In 1993, for instance, fossil thieves rolled in bulldozers near Farson, Wyoming, to dig up stunning Eocene specimens. Back in Kemmerer, it’s common to find 18-inch-layer fossils for sale in gas stations and rock shops miles away from the town center. Tourists willing to withstand the harsh Wyoming sun can chip fish out of tan stone at one of three private quarries for an hourly rate. But in many cases, Green River's best and rarest specimens—prehistoric horses, crocodiles, birds, and more—are reserved for those with the deepest pockets, destined for kitchen islands and backsplashes. Grande refrains from putting a cost on such finds, but he says, “You can buy a house for the price for some of these things.” 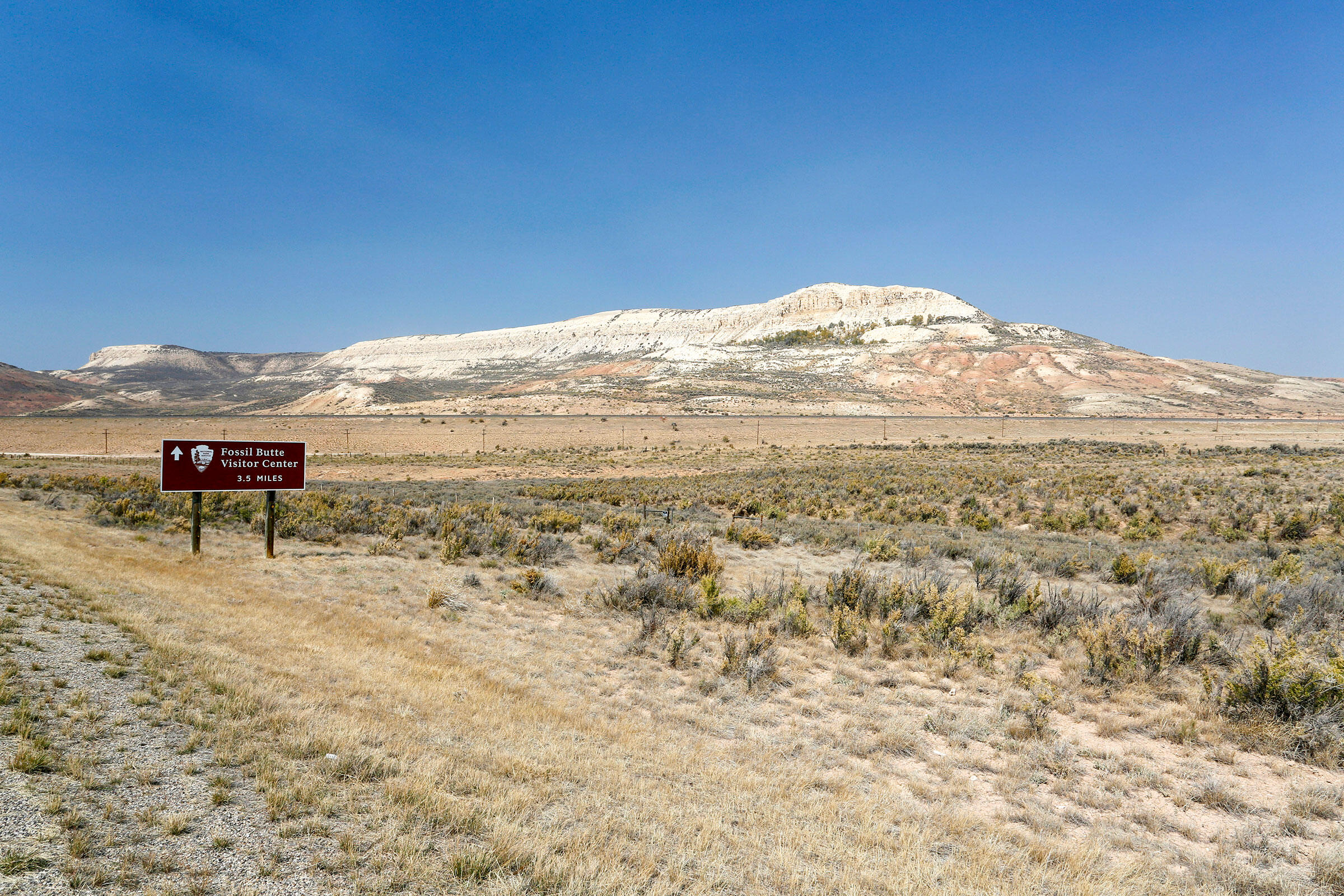 Of the private quarries in the area, there are a few that work closely with paleontologists. Green River Stone Company president Gregory Laco says that when his crew unearths something significant, they call in Fossil Butte’s curator Arvid Aase to assess the find. And though the business markets rarities—large and small—in its catalogs, Laco notes that it’s “donated fossils of insects, plants, trackways, and more to the monument,” and sold specimens to museums across the country.

Still, relationships on the outcrops aren’t always so rosy. While some quarries take detailed notes for paleontologists like Aase and Grande, others keep their discoveries under wraps, making it tough to fill in crucial gaps in the evolutionary record. Such secrecy can be concerning for researchers: What could they be missing? But in the popular world of commercial fossils, cash beats scientific knowledge—and there's lots of cash to go around.

Of course, this problem isn’t confined to the 18-inch layer. As more illegally collected fossils hit online shops and auction blocks, museums are having to buy up significant (and expensive) specimens. (Sue, the famed T. rex at the Field Museum, was purchased from Sotheby's for $8.36 million.) Otherwise, the pieces are seized up by private collections, where they’re invisible to expert eyes.

Talking publicly about specimens for sale can be scientifically taboo. When a fossil is deemed to be important, its value rises—and the chances of it ending up in a museum sinks. Possession is critical in the process: Like with most scientific studies, paleontology must be reproducible, which means the fossils need to be available for other researchers to check. This sets up a persistent tension over the afterlives of fossils, including those found among the avian riches of the 18-inch layer.

fter more than a century of excavation, it’d be easy to think that the 18-inch layer would be tapped out. But that couldn’t be further from the truth. “Almost every year we still come across at least one new species of animal or plant,” Grande says, which isn’t too surprising, given how much biodiversity is still being discovered in the tropics today. But what’s bizarre is that many of these recent discoveries have been birds, which, due to their airborne qualities, aren’t typically found in lake beds. In the Green River Formation, the great avian and habitat diversity has created a uncommon preserving situation. Birds that died at the margins of the prehistoric lake were washed or blown in to the water by storms. After drifting to the bottom, the bones were tucked into a geologic blanket, next to fish and other aquatic treasures.

Once scientists recognized how birdy Kemmerer was, the pace of discovery there jumped. “Dozens of new specimens have been described [from the Green River Formation] in the past few years,” says Dan Ksepka, the curator of science at the Bruce Museum in Connecticut. As a result, the list of prehistoric bird species and groups has grown. In 2011, for example, Ksepka, Grande, and University of Texas paleontologist Julia Clarke added an early parrot—Cyrilavis colburnorum—to the fossil aviary. With fresh finds in the field, analyses of old specimens, and previous prizes that are still being prepared for study, there’s far more to the 18-inch layer than anyone expected. “New birds keep coming up,” Grande says, “and it’s going to keep going.”

What’s more, the Kemmerer birds belong to a critical period of evolution. At the time, life was still rebounding from the K/Pg extinction that wiped out non-avian dinosaurs and other Mesozoic organism. (That’s why the Eocene carries its name, which translated from Greek means “dawn of the recent.”) The surviving dinosaurs—that is birds—underwent a stunning flowering of species. That’s when we first meet the frigatebirds and mousebirds, as well as the earliest passerines, “a group that today dominates the bird world with 60 percent of all living bird species,” Grande says. From the species themselves, to what they ate, to what ate them, “it’s a rare chance to see what an entire avian community looked like,” Ksepka explains. 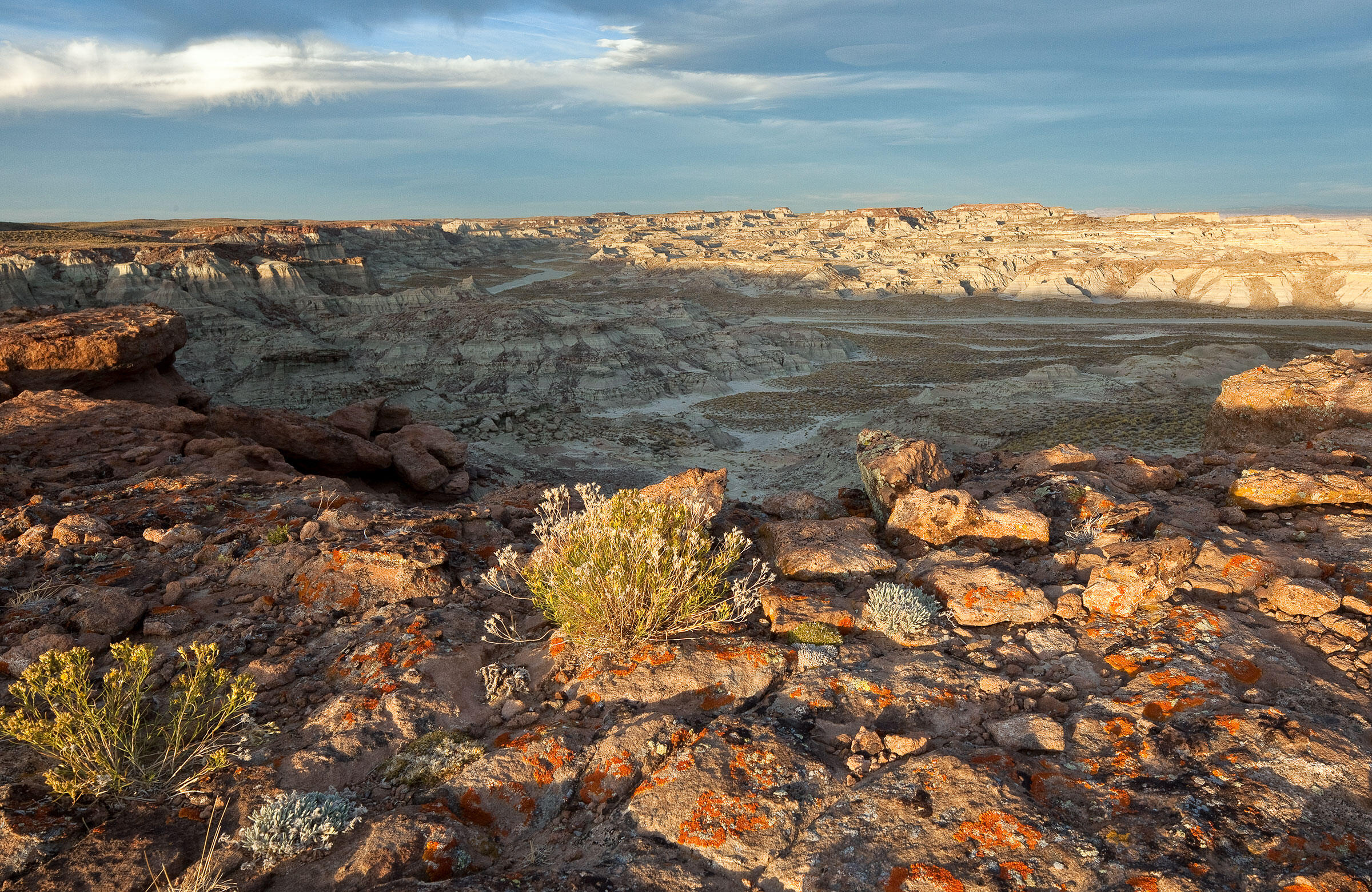 That said, identifying a fossil bird isn’t all that simple. It often takes a great deal of ornithological power, something most paleontologists and collectors don’t have. In fact, Grande says many “new” taxa have been found in museum collections, where they've gone mis- or unidentified. Now, he, Clark, Ksepka, and other colleagues are taking a second look at mystery specimens to trace their roots. Grande even had one named after him in 2016: Calciavis, an ancestor of today’s kiwi, ostriches, and emus.

To a paleontologist, context is key in characterization. Where was the fossil found? What was it found with? Which rock was it found in? These essential answers can be lost if a fossil is discovered in a private quarry. If one is chipped out of its home sans any notes or modified to look more complete with painted plaster, it becomes a damaged and partial record—a curio instead of a scientific paradigm.

And so, the tension over Kemmerer's fossils continues. The federal spaces surrounding the town are for the most part safe; but private lands are another matter, as the fates of the specimens found there are up to the owner's discretion. The most paleontologists can do is keep track of the discoveries, just as Grande is doing with Green River Stone Company. It’s a delicate relationship, yet important, given how valuable the 18-inch layer is. Every time a slab of Green River stone is split open, it has the potential to teach us about a new turning point of life. The question is, who should get to keep those lessons.