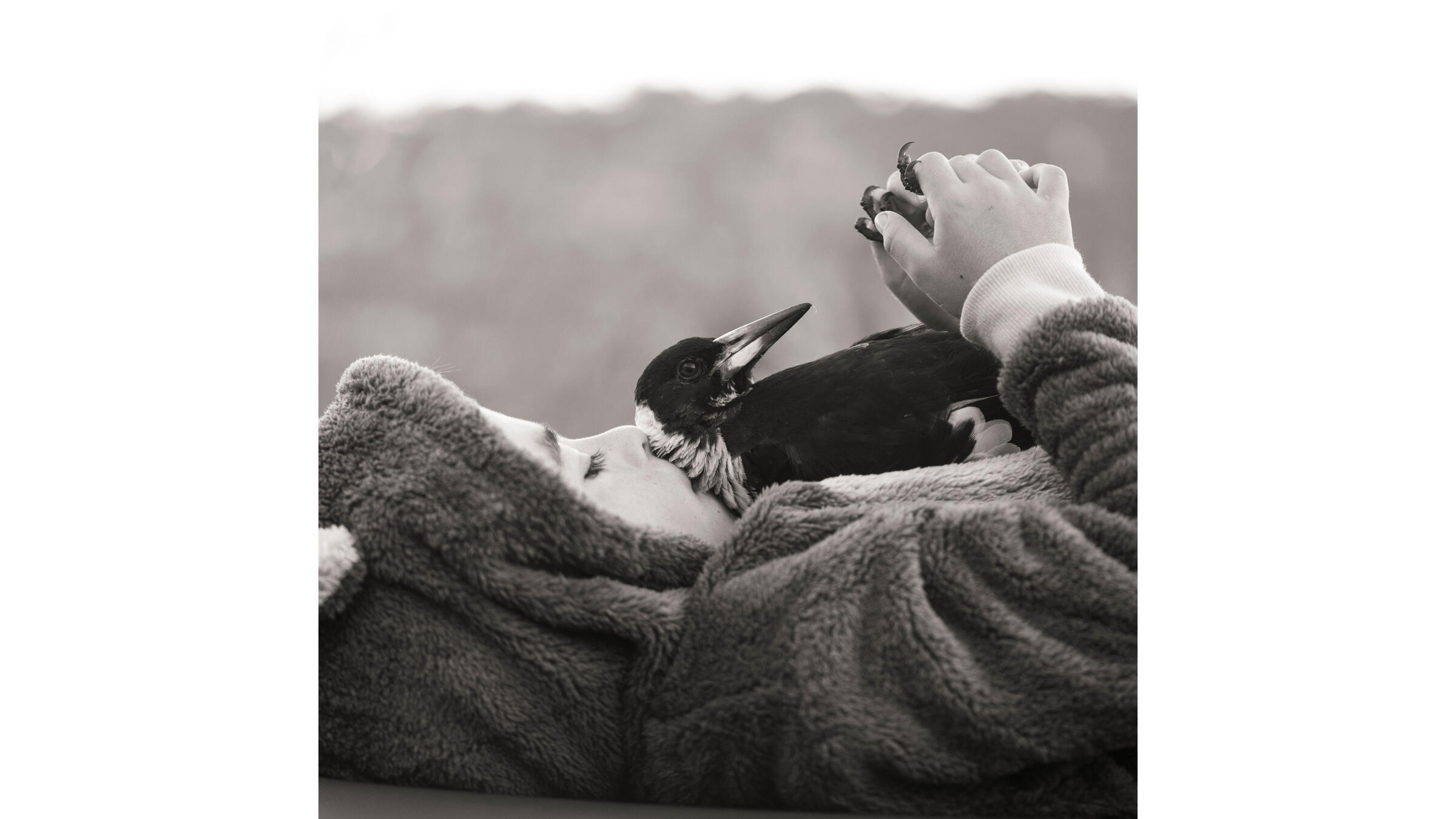 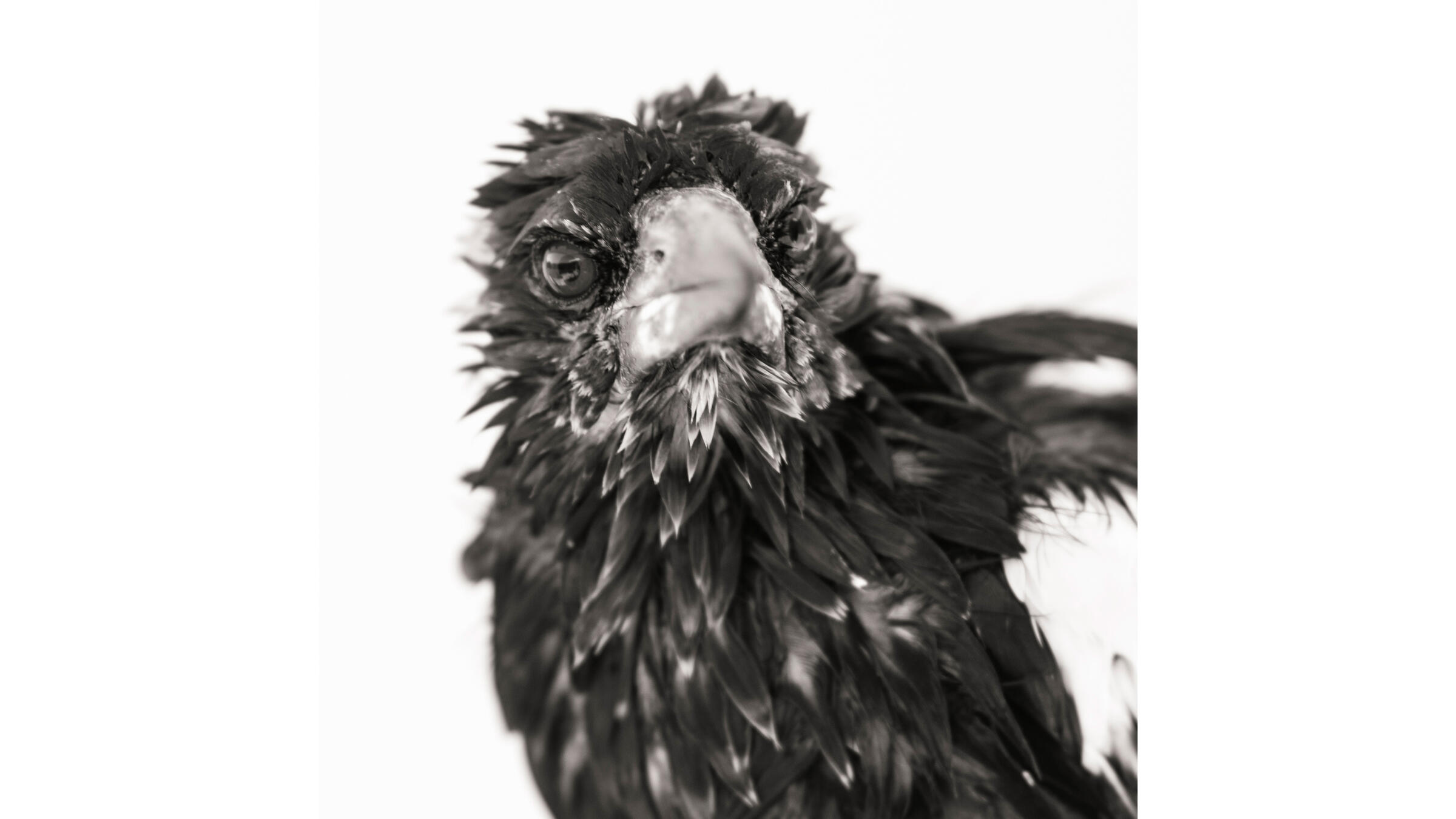 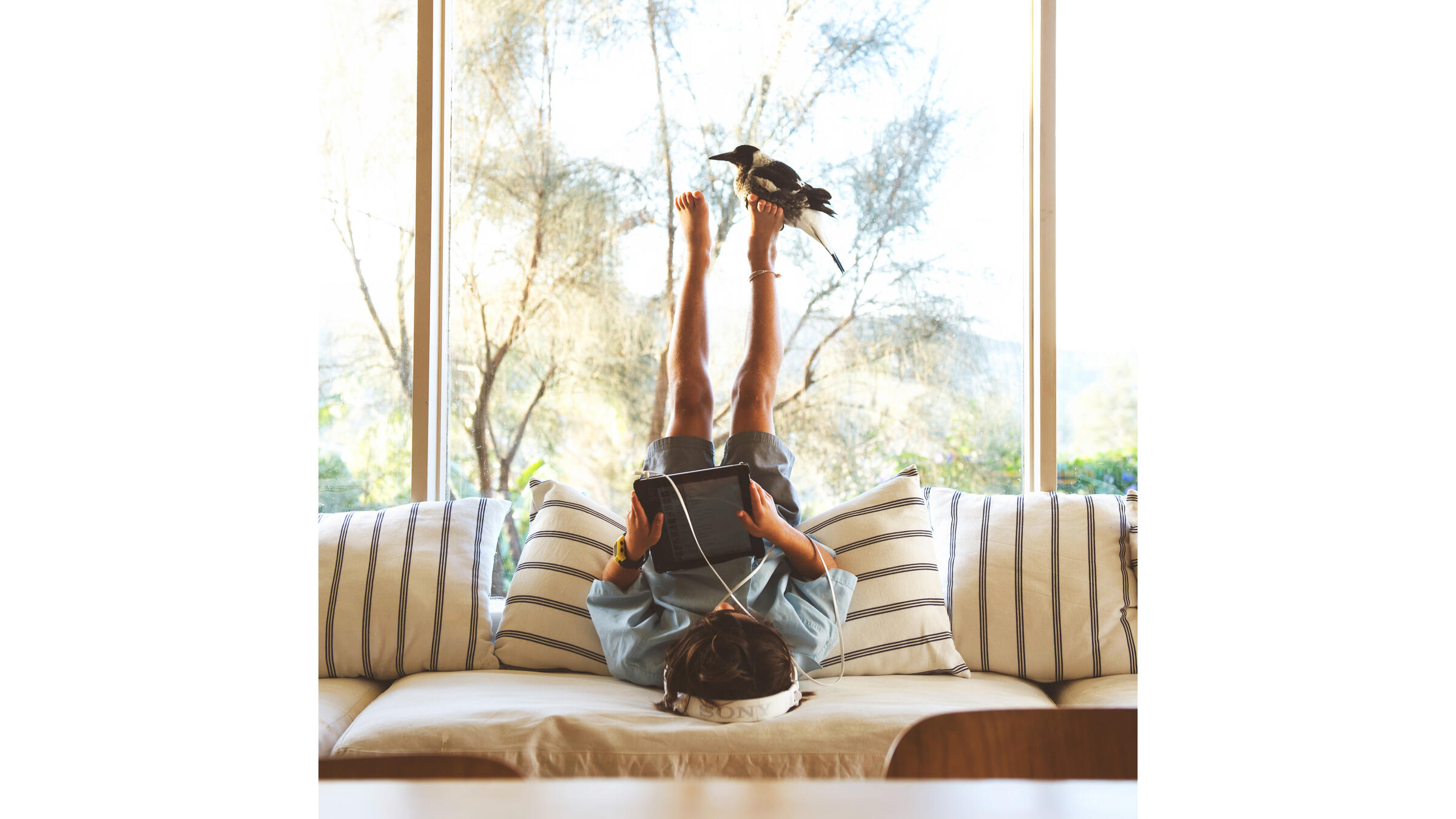 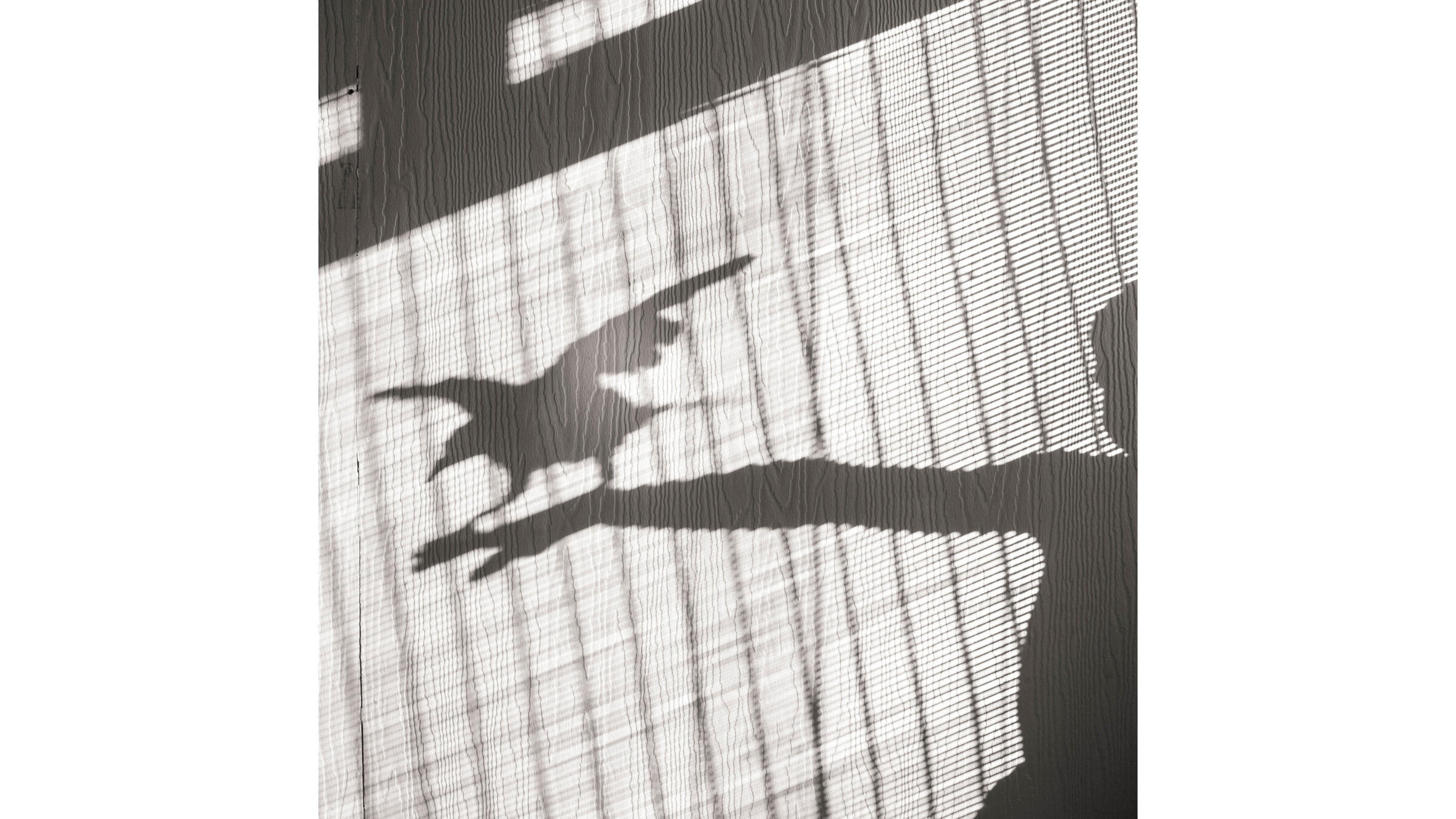 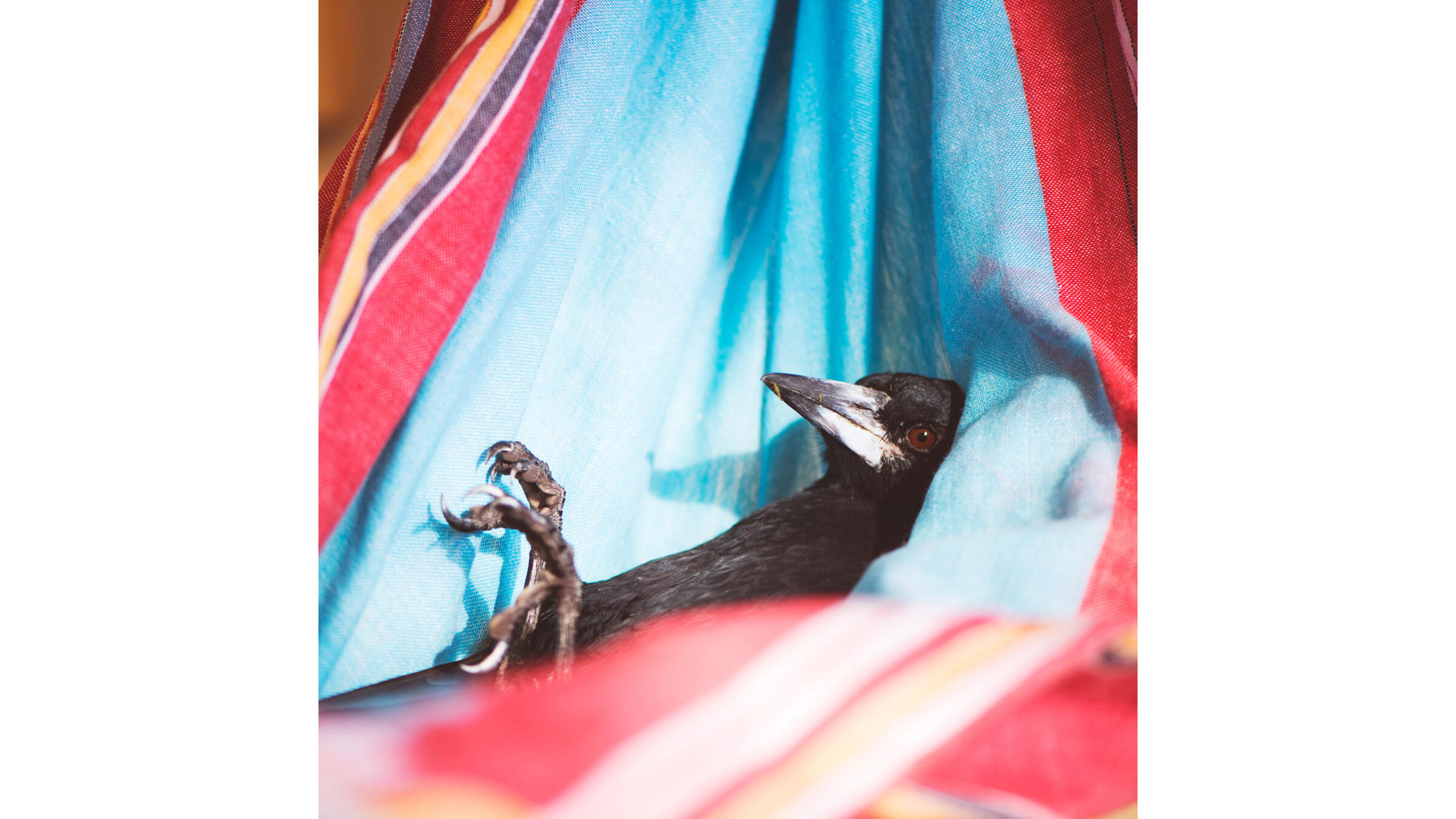 My life as a bird. Photo: Cameron Bloom 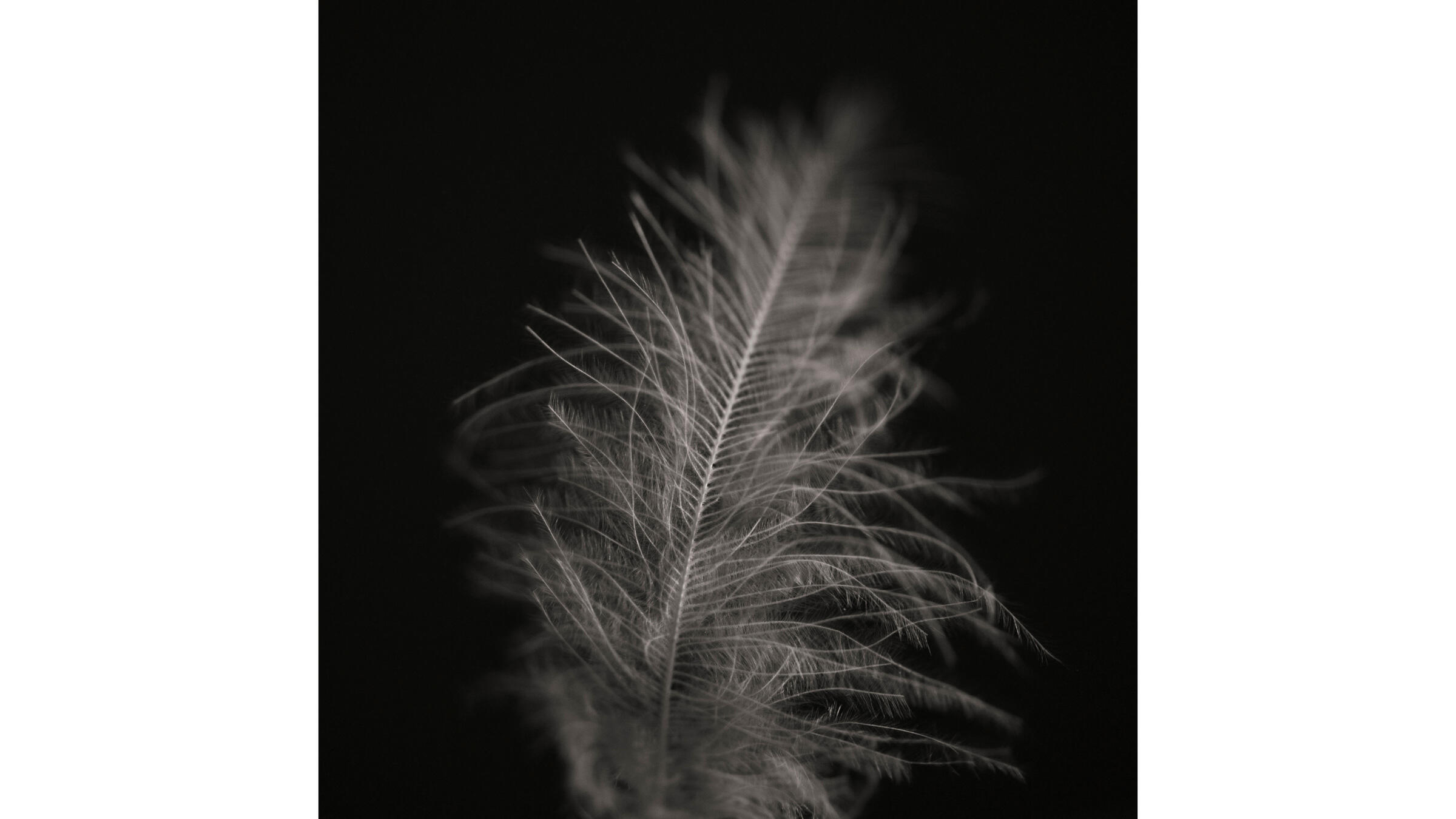 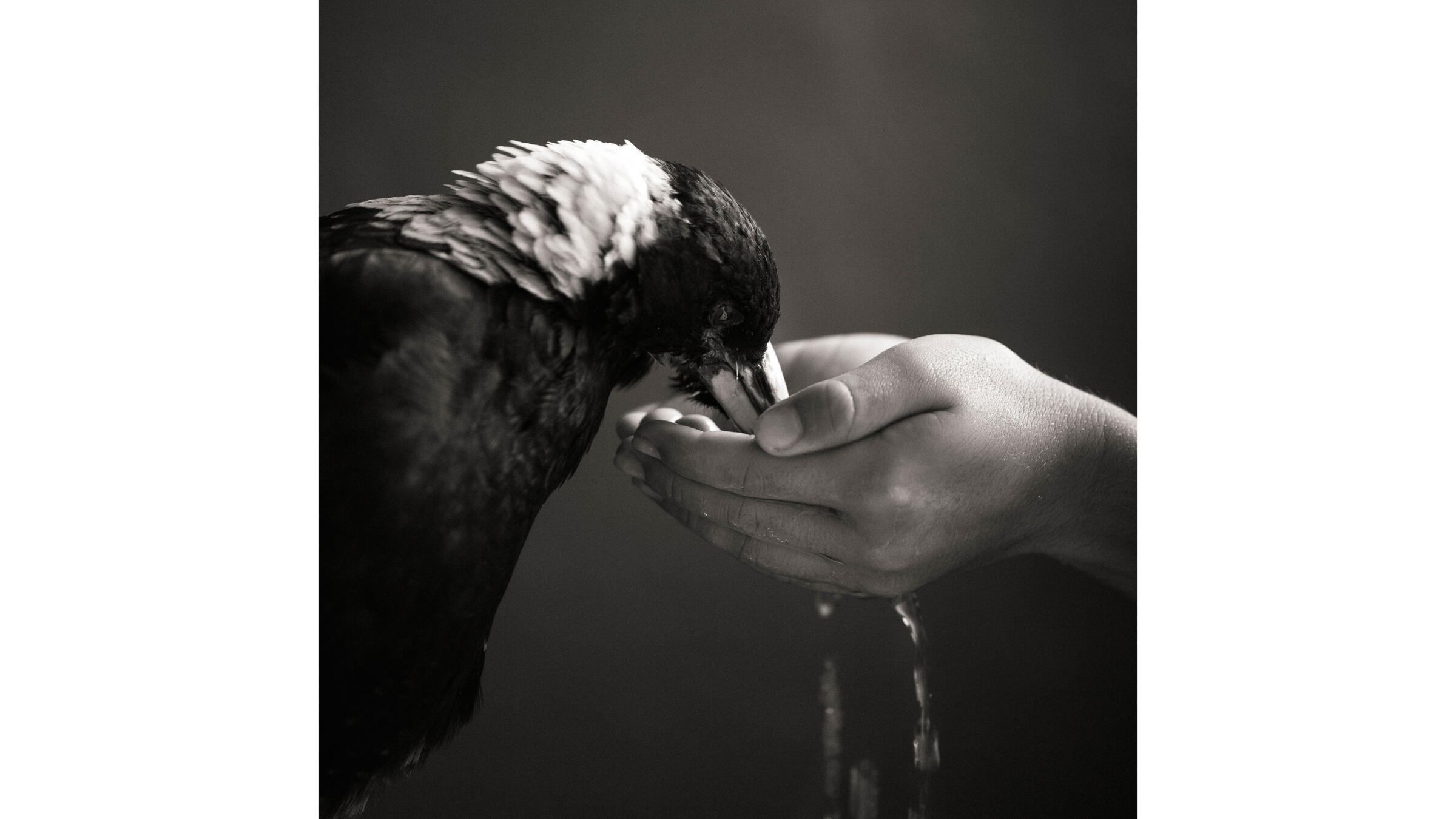 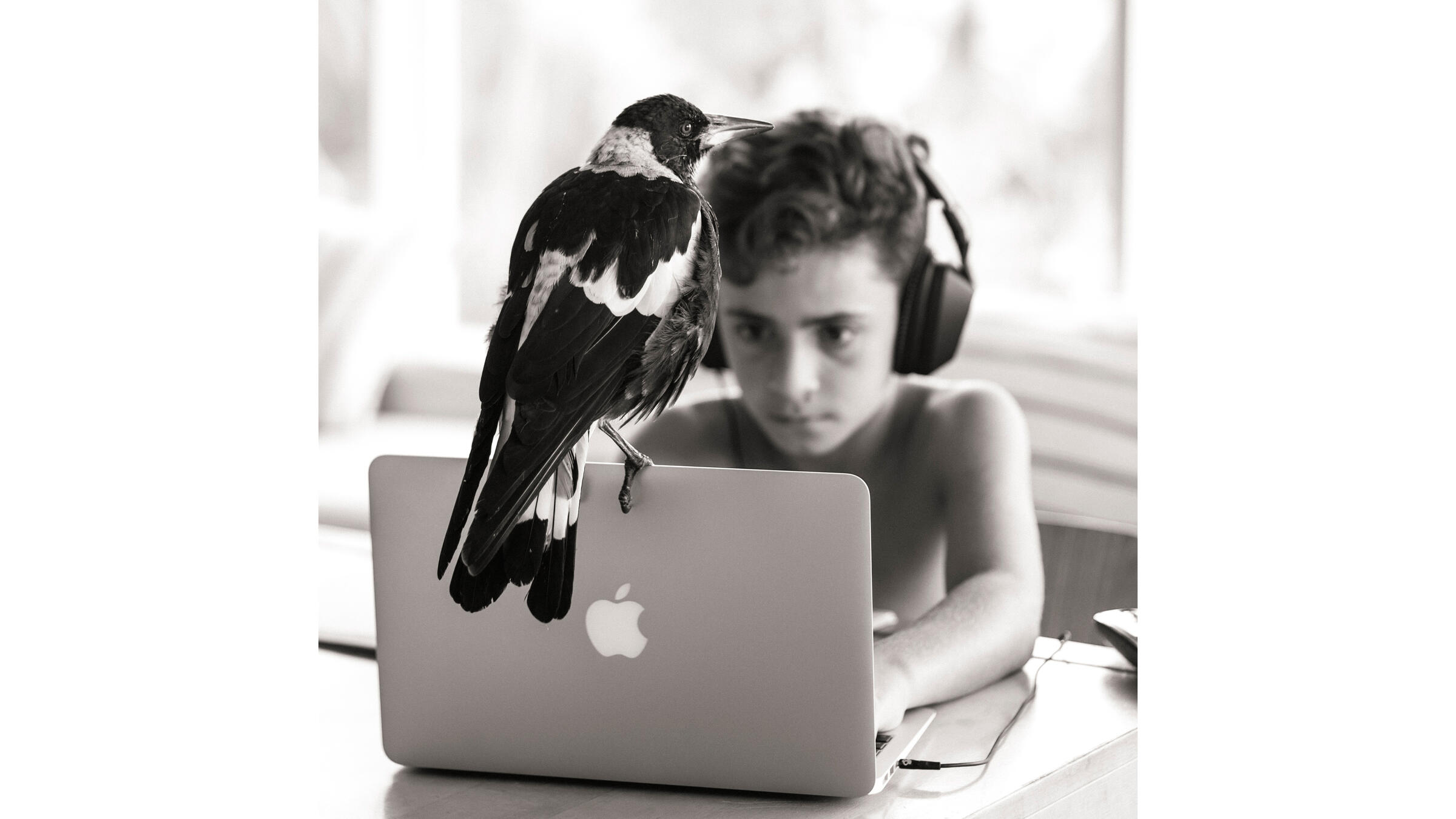 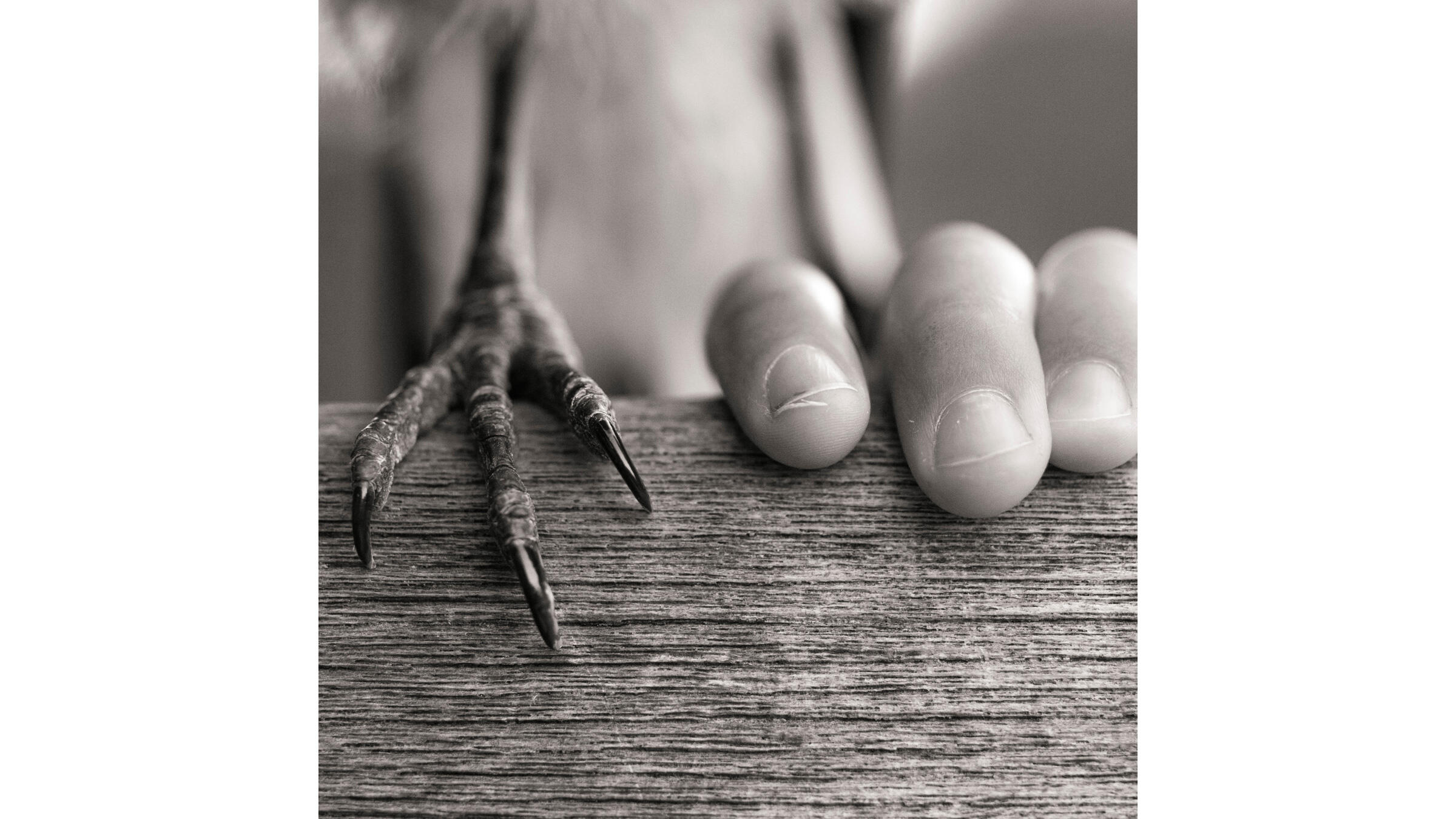 Me and Oli hanging out. Photo: Cameron Bloom 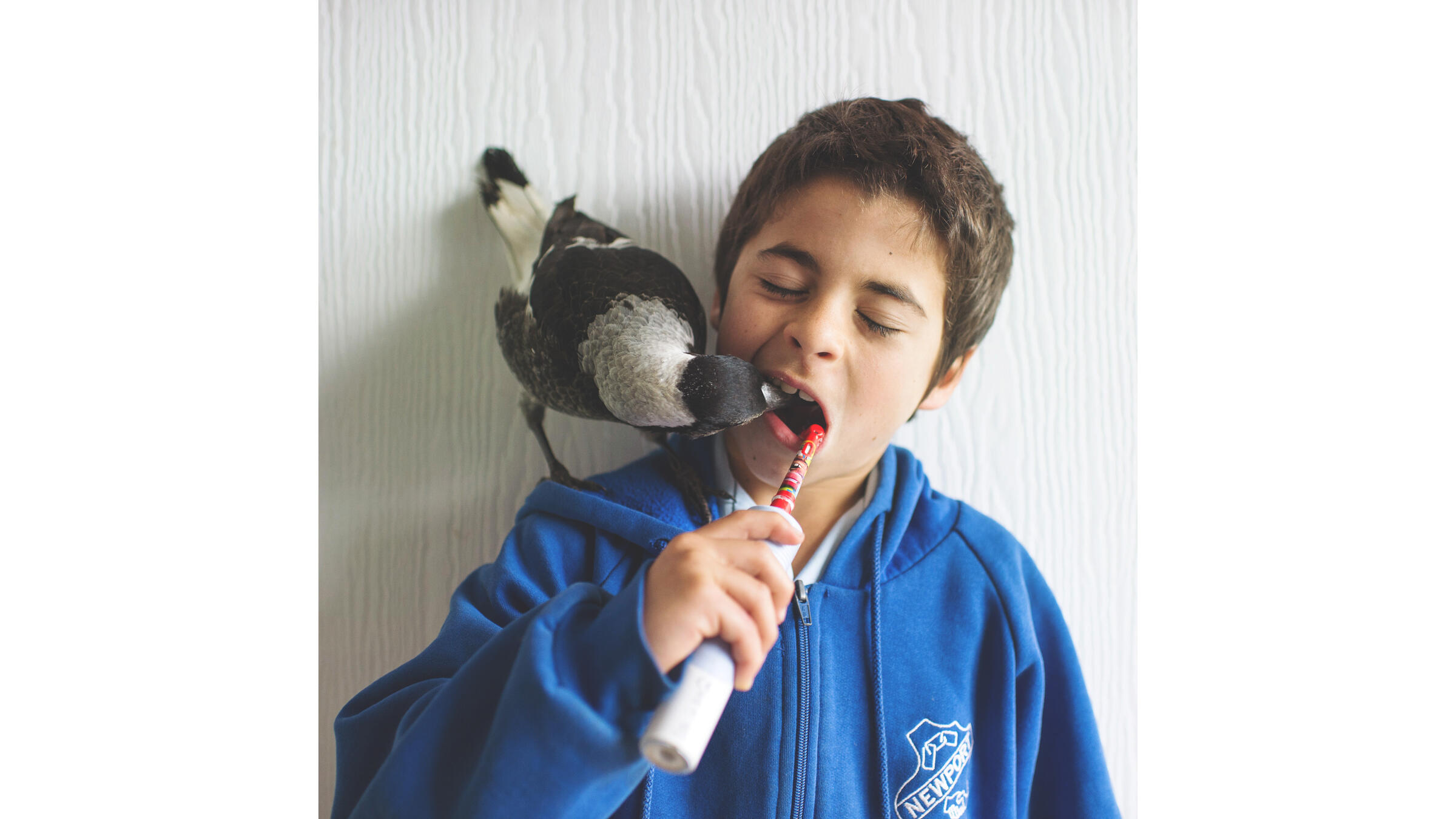 Getting the weetbix out of the molar. Photo: Cameron Bloom 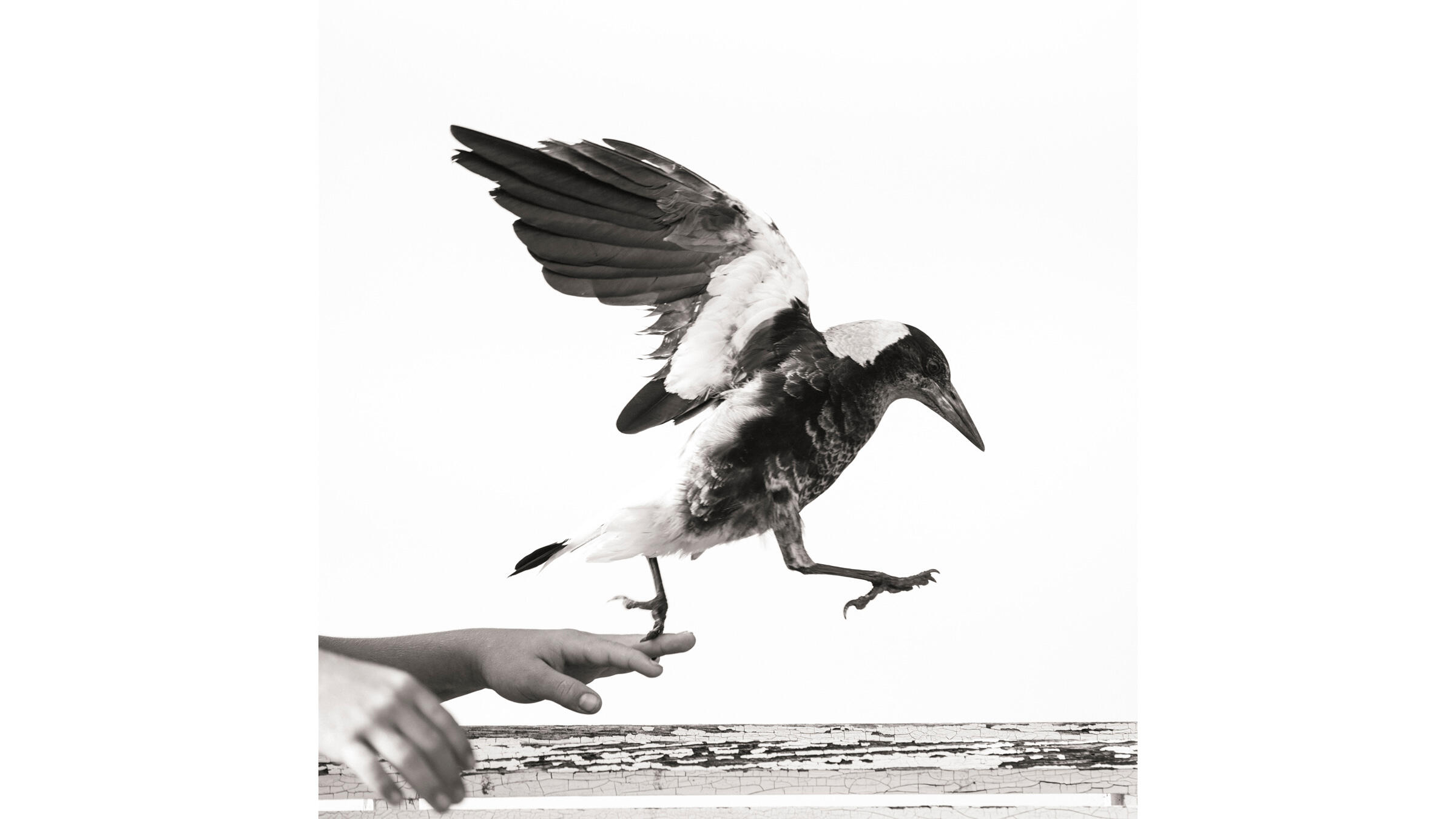 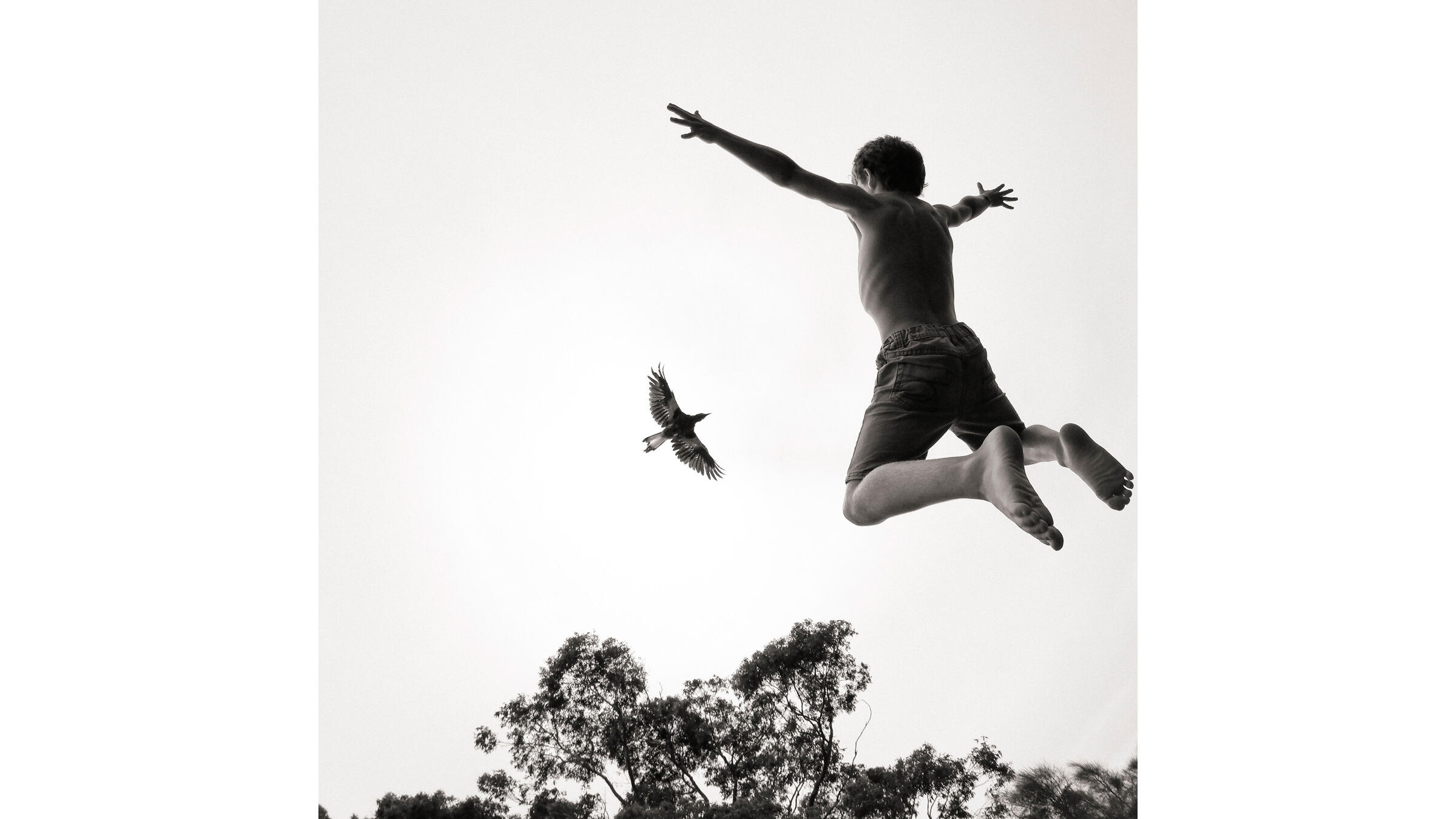 Penguin the Magpie: The Bird That Became a Bloom

A lost magpie tumbled from her nest as a chick. Luckily, she landed in the lap of the right family.

One blustery day two springs ago, 10-year-old Noah Bloom discovered a baby Australian Magpie lying on the lawn near his grandmother’s house in Sydney, Australia. The wind had likely cast the chick from her nest and had seemingly carried the baby bird quite a distance—there was no nest in sight, says Noah’s father, Cameron Bloom. With her black-feathered body and patchy white wings, the bird was dubbed, “Penguin.” Readily, she became a Bloom.

Two years later, this youngest Bloom now hops and glides around the family’s household in the Newport suburb of Sydney—usually flying out for the day and arriving home by dark. Though raised on water droppers and fed by spoon handles and pinky tips, Penguin now pursues worms outdoors, Bloom says. She has always been free to go, but “she chose to stay.”

Magpies like Penguin are very common ground-dwellers in eastern Australia: “You see them all over in open country, and even in towns and the edges of cities,” says Audubon’s field editor Kenn Kaufman, “so they seem to get along with humans.” (They’re also the only birds, not to mention non-mammals, that recognize themselves in mirrors). Australia has laws against keeping native birds as pets, “But if this Australian Magpie is free to go whenever it pleases, maybe it can’t be considered a pet after all?” Kaufman says.

If anything, Penguin’s status in the family has surpassed that of a mere pet. The family helped the needy fledgling, but “Penguin saved our family, too,” says Bloom. His wife, Sam Bloom, had broken her back badly during a fall in Thailand shortly before Penguin was found; both were in fragile states when their paths crossed. Penguin’s playful presence helped Sam heal, says her husband.

Cameron, a photographer, captured the budding relationship with Penguin through photos of the bird standing on Sam’s shoulders and cradled in the arms of their sons. In December 2013, he launched the Instagram series, “Penguin the Magpie”—the inaugural photo featuring a wet and scruffy Penguin and the caption: “after my shower.”

Bloom had no idea how deeply this series would resonate: “Penguin the Magpie” has acquired over 80,000 followers, appeared in a handful of online articles, and is being reimagined as a book by New York Times bestselling author Bradley Trevor Greive. “Cameron’s images show the bright intellect, big heart, and outsized personality of these remarkable birds,” Greive says. “They drastically alter our perception of Magpies as a species” (in literature, the birds are typically portrayed as thieving and territorial).

“Our relationship is a good thing for people to see,” Bloom says, “but there’s also a certain aspect of responsibility.” The Blooms share their home with a wild animal, after all, and they must be conscious of her needs. Penguin is at reproductive age and Bloom believes it’s time she starts a second family—with her own species.

Possibly to that end, Penguin has started taking longer trips, sometimes leaving the Blooms for days at a time. But no more than thirty minutes before Audubon’s phone call with Penguin’s human family on an April morning, she came cruising through the front door for the first time in more than a week.

As magpies often live past 20 years of age, this seems just the dawn of a lifelong camaraderie.

Penguin Bloom, by Bradley Trevor Greive and Cameron Bloom, is expected out in Australia this winter, soon after in the United States.