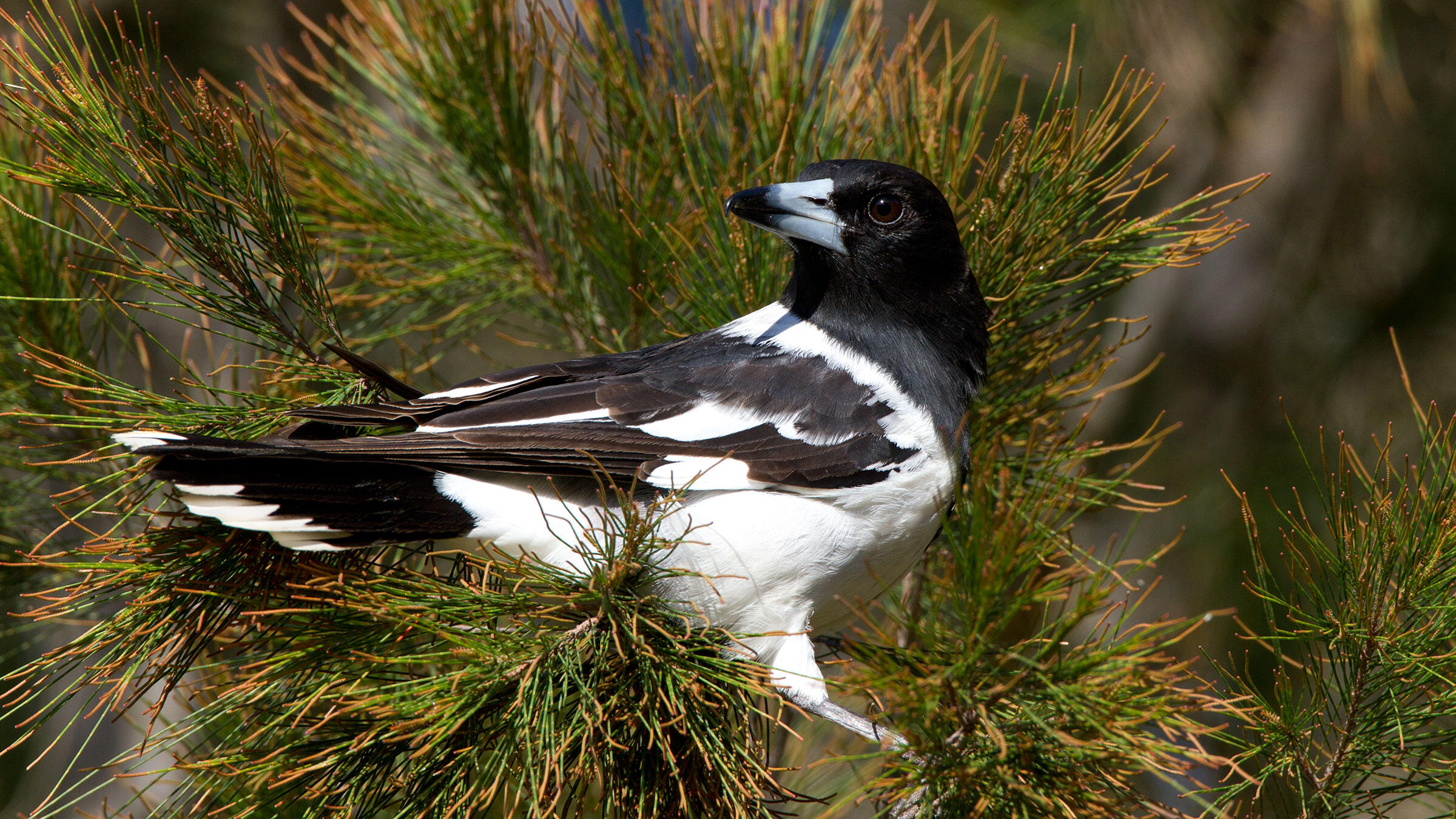 A study of the Australian Pied Butcherbird finds that its melodies have a lot in common with music. Photo: Robert Inglis

The first time Hollis Taylor really listened to the Pied Butcherbird sing, she was standing transfixed in a desert in Western Australia. To her trained ear as a violinist and composer, the stocky songbird sounded like a musical prodigy.

“I heard a startlingly arresting birdsong—no, a trio!” Taylor says. “I was in the middle of three Pied Butcherbirds, each singing a different part in a rich, clear voice.”

That experience more than a decade ago proved to be life-changing for Taylor, who has been studying and recording the species, a virtuoso among songbirds, ever since. Pied Butcherbird songs sound like minimalist jazz riffs, she says, in “the adding and subtracting of notes in these magnificent, flute-like songs that slowly unfold and transform.”

Taylor isn’t alone in her adulation. As long as people have recognized melodies, we’ve been enthralled and inspired by the beauty of birdsong. Whether birdsong qualifies as music with aesthetic value, rather than serving only functionally as communication between birds, is hotly debated. Still, Taylor thought the unique complexity of Pied Butcherbird songs was worth a closer look.

So the research fellow in zoomusicology—a field that studies the musical aspects of animal sounds—at Sydney’s Macquarie University teamed up with experts from around the world to investigate whether Pied Butcherbird songs might have more in common with music than anyone realized. Taylor collected recordings of 17 birds in the wild and sent the tracks to Eathan Janney, who was finishing biology graduate work at the City University of New York, for analysis. When he applied a neurological algorithm that visualizes birdsong like brain activity, he found that Pied Butcherbirds mix repetition and novelty in a very musical way.

Each butcherbird in the study performed a repertoire of musical phrases, and the most skilled crooners sometimes knew more than 30 such pieces. The researchers found that individual birds often included the same themes—what musicians call “motifs”—within those phrases. The motif forms the backbone of the phrase, while variations in pitch and rhythm make each one unique.

Pied Butcherbird song translated into sheet music and as a sonogram illustration. The red box surrounds a motif.

Musicians, particularly jazz and blues artists, also use motifs to keep their listeners engaged by returning repeatedly to a familiar melody, even as they modify it slightly through improvisation. Janney, a pianist, thinks the study, which was published last month in Royal Society Open Science, provides compelling evidence of the commonalities of music and birdsong. However, he does admit that it would take more extensive research on the Pied Butcherbird and other species’ songs to really prove that point.

“There is an open argument about bird song: is it like how we experience music or is it something completely different?” Janney says. “This balance [between repetition and novelty] is giving us a clue that these birds may experience their songs like music.”

Additionally, the most skilled birds that knew more songs used motifs more regularly, and even seemed to keep time to a musical rhythm. Taylor speculates that the repeated motifs might prevent the complex songs from confusing their avian audience. “The birds are keeping interest going by having these different phrase types,” she says.

The question of whether birdsong can be called music is one that the study authors continue to ponder, with Taylor publishing a book on the subject next year. She's currently in the Australian Outback recording the springtime nocturnal songs of Pied Butcherbirds—which for her is part work and part pleasure.

“Since each bird sings differently, and the songs can change annually, each night is always a thrill,” she says. “The musician in me recognizes the musician in them.”