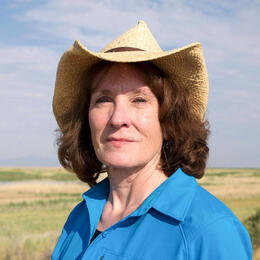 Utah’s well-being hinges on the long-term health of Great Salt Lake. That reality is made even clearer in a report commissioned by the Great Salt Lake Advisory Council that outlines the potential economic costs that could ensue if the lake’s ecosystem collapsed.

With Great Salt Lake’s water levels on a sustained downward trend, “further declines, particularly those over a long period, could result in losses totaling $1.69 billion to $2.17 billion per year,” according to the Assessment of Potential Costs of Declining Water Levels in Great Salt Lake.

The assessment examines a variety of impacts and their costs that potentially could result from long-term, low water flows to Great Salt Lake and its wetlands.

The annual economic output of Great Salt Lake is $1.32 billion, according to a previous study. And the Assessment of Potential Costs report sheds further light on a range of cultural, social, ecosystem and economic benefits that Great Salt Lake provides and the potential losses that could arise if water levels dip too far for too long.  The report determined estimates to inform the magnitude of potential costs that it refers to as “monetized costs.”

Over a 20-year period, the potential costs could be as much as $25 billion to $32 billion (3% discount rate), without including coordination, planning, or legal costs, as well as a loss of more than 6,000 jobs. 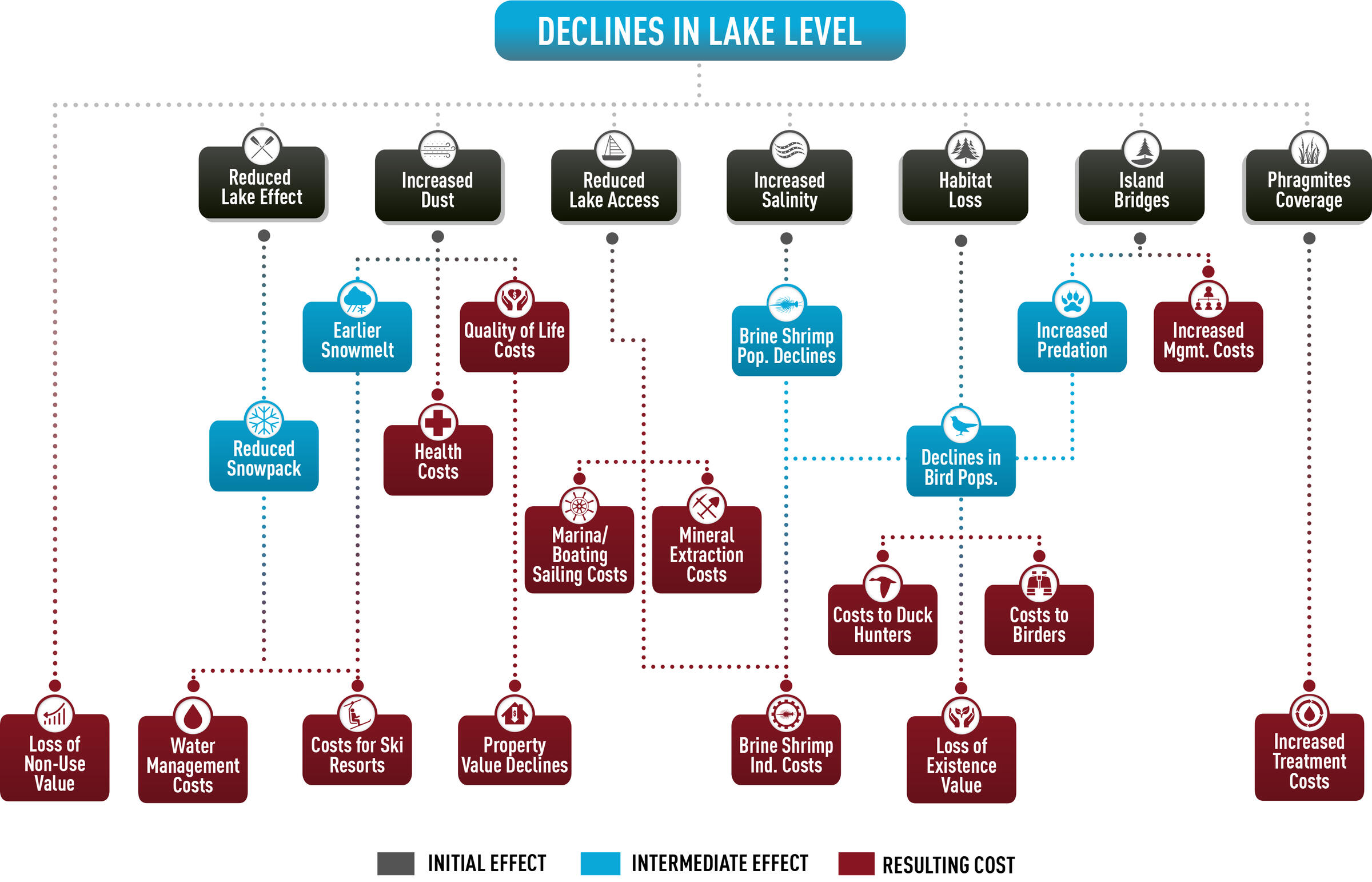 The assessment also considers other types of consequences that are not easily quantified but are important considerations. This includes: the potential for reductions in property values, costs and impacts to water management systems dependent on Wasatch snowpack, as well possible impacts to agriculture, or disruption to international airport operations due to dust.  And, of course there are costs associated with impacts on bird populations that rely on the international and hemispherical important bird habitat provided by the lake and its wetlands.

As we saw from the Consequences of Drying Lakes Around the World, the serious ramifications that occur when saline lakes are deprived of inflows for long periods, are not theoretical. The Drying Lakes report examines the social, environmental, and economic costs confronted by other saline lake systems in the world, finding the costs have run into the billions at some locations.

It is evident that continuing down a path that avoids looking at the water challenges facing Great Salt Lake in the long-term is not without a cost. There are trade-offs to water management decisions.

While Great Salt Lake water levels vary across time, and in the past we have seen it recover from its lowest level in the 1960s, the possibility or rebounding from low water levels is far from a given with Utah’s anticipated growth (population nearly doubling by 2065), climatic stress, proposals for large upstream diversions and pressures to divert and reuse wastewater flows that currently feed Great Salt Lake.

The water needs of Great Salt Lake and its wetlands can be part of the overall Utah water balance equation, rather than just an afterthought or consequence.

There is no single fix to address the challenges of ensuring long-term water flows for Great Salt Lake and its wetlands, while also balancing other water needs in Northern Utah. It will take make many ideas, policy tools and actions – and yes, funding in the right places. Focusing on the right actions and programs now, can have an important return on investment and protect Utah’s future health, environment and economy. Comparing the potential costs of declining water levels at Great Salt Lake with costs estimates for water conservation or other efforts can be instructive in this effort.

Utah already is looking at several policy measures and actions to address water demand in the face of expansive population pressures (nearly doubling by 2065) and climate change, Utah is focused on a number of options to stretch it water supply. For example, implementing secondary water metering—a program that will need to be expanded, or testing flexible, voluntary market-based measures such as water banking or split-season leasing. Other water savings and demand management efforts such as achieving and exceeding regional conservation goals or optimizing agricultural water use, while still recognizing implications of return flow.

However, we also need to improve coordination of land use and water planning, as well as other collaborative approaches to protecting inflows, including preserving open lands around the lake as well as agricultural return flows that benefit the lake and wetlands.

The issues are complex, and many interests will need to be balanced. Audubon remains committed to working with a wide variety of interests, recognizing that water solutions for people and birds can be aligned to benefit both.