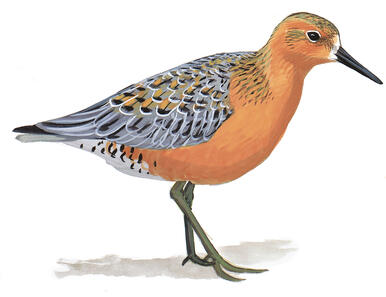 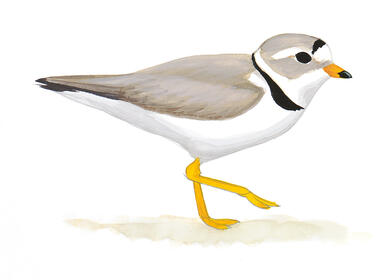 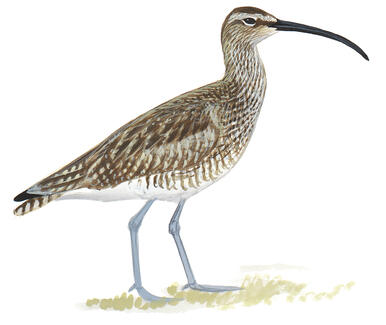 The eastern subspecies of Red Knots has seen its population decrease by about 75 percent at key stopovers since 2000. And overall, shorebird populations in North American have decreased by 70 percent since 1973. Further losses of habitat could threaten other sensitive species, such as the Semipalmated Sandpiper, Whimbrel, Least Tern, Greater Yellowlegs, and more. Many migratory bird species rely on undisturbed stopover habitat in order to safely complete their journeys. If these habitats are not protected there may be an increase in death rates, and since migration is already a period of high mortality for birds, this could lead to further population losses.

Traditionally, human-made “grey” infrastructure—seawalls, jetties, levees, groins, bulkheads, and riprap—has been promoted as the best approach to flood management in the United States. These armoring structures are designed to protect shorelines and other flood-prone areas from major storm events, but they disturb natural processes and can increase the erosion of beaches, wetlands, inlets, and islands that are important to many birds.

The Federal Emergency Management Agency (FEMA) is currently seeking comments on how it should develop its new Pre-Disaster Hazard Mitigation Grant Program. This program dedicates funding to pre-disaster planning and infrastructure projects that help improve flood resilience in communities before disaster strikes. Audubon is encouraging FEMA to allow natural infrastructure projects to qualify for pre-disaster mitigation funding, not just “grey” projects. By including natural infrastructure in its suite of supported projects, FEMA will encourage flood resilience efforts that provide critical bird habitat, filter out water pollution, and create a range of lasting community-wide benefits. [Note: The comment period closed on July 15, 2019.]