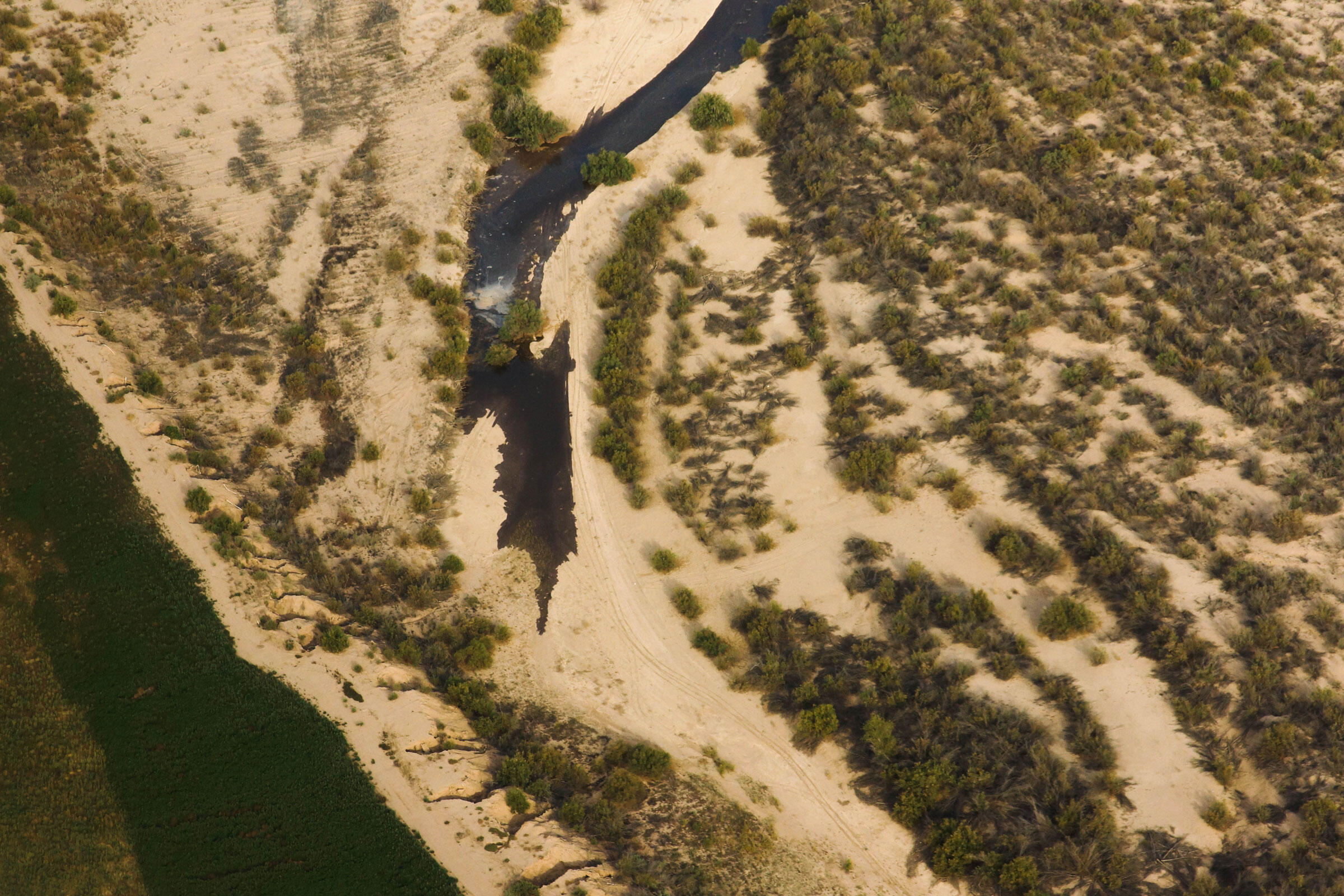 The waning habitat of the Colorado River Delta is beginning to recover after "pulse flows" returned water to the riverbed. Photo: EcoFlight

Pulses of Water Bring Life to the Famished Colorado River

The critical bird habitat is springing back, according to a new report. Here’s what you need to know.

Once a 1,450-mile-long force to be reckoned with, today’s Colorado River is one of the most endangered rivers in the world. It flows from Colorado all the way to the Gulf of California, through nine states—seven in the United States and two in Mexico. And while it remains an integral source of water and livelihood, its delta is largely barren; the river stops 70 miles short of the sea. Altered by a century of overuse and climate change, the region is a shadow of the sanctuary of its former days, when it flourished with green marshes, migrating Red-winged Blackbirds, cottonwood trees, and willows.

In 2012, the U.S. and Mexico embarked on an unprecedented binational collaboration to revive the riverine landscape. They planned to deliver more than 340 billion gallons of water in two stages—one-third delivered as a constant low-level base flow and two-thirds delivered as a pulse—down the parched Colorado River. After years of fine-turning the details, the floodgates between Arizona and Mexico opened on March 23, 2014. Over the course of eight weeks, 224 billion gallons of pulse water flowed down the Colorado, flooding more than 5,000 acres of river corridors and floodplains. Then, for the first time since 1997, the river met the sea—albeit briefly.

Now, two years after implementing what became known as the “pulse flow," a binational science team has published new findings on how the region is faring and what could be in store for the future. We spoke with Dr. Osvel Hinojosa Huerta, a Mexico-based scientist and member of the team that monitors vegetation and wildlife in the delta, to learn more.

In addition to more plants, scientists also saw greater bird abundance and diversity across the river floodplain and restoration sites. During the spring, the Colorado River corridor is an important stopover for migratory birds, but the increasingly dry patches didn't have the habitat to support them. Instead, the birds were forced to fly longer distances in search of food and suitable nesting grounds. Hinojosa Huerta reports that, after the pulse flow, surveyors reported a noticeable increase in the number of migratory birds in the corridor. He points to Yellow-Billed Cuckoos as an example. “We are going from not finding any, so from zero, to now we’re finding five, eight, you know. There are still very low numbers, but at least they are showing up.” While the overall trends appear to be positive, it is too early to say if they will persist.

Restoring the delta’s habitat is a long-term process that will require continual upkeep. After the pulse flow, a coalition of conservation NGOs continued releasing small increments of water—known as base flows—to maintain the pulse flow’s effects. “We suspect we are moving in the right direction,” Hinojosa Huerta says.

More human intervention could make the pulse flow even more effective and efficient.
Historically, the Colorado River ran swiftly and powerfully through the delta, clearing large patches of old vegetation to make space for native plants, like cottonwoods and willows, to germinate and grow anew. It turns out the pulse flow was not powerful enough to mimic this effect. While some cottonwood and willow seeds did grow, “it was very local, not widespread,” Hinojosa Huerta says. Next time, he says, they can improve new plant growth if they remove older, non-native vegetation manually before delivering the water. In restoration areas where non-native vegetation was removed before the pulse flow, native plants grew much better.

Almost all of the pulse flow water was delivered from one point—Morelos Dam on the Arizona-Mexico border—and some water was lost along the way due to evaporation and seepage. “We have learned that we can be more efficient with the environmental water," Hinojosa Huerta says, by taking advantage of existing water infrastructure in Mexico to deliver the water to restoration sites. In other words, delivering the water from multiple, closer delivery points can reduce water loss.

What could “Pulse Flow 2.0” look like?
Hinojosa Huerta envisions a more efficient and targeted water delivery. “Instead of doing one big pulse flow, we will probably do smaller pulses more strategic to the key sites.”

Despite how contentious water politics can get, local residents were key backers in the pulse flow effort.
“We have learned that we can really have that support and collaboration with the water managers and water users in Mexico to move that water. They have been really supportive as long as it does not affect agriculture,” Hinojosa Huerta says.

Beyond wildlife, the pulse flow inspired hope for the local residents.
“The social response—that was amazing,” Hinojosa Huerta says. He recalls what happened in the border city of San Luis Río Colorado, where the namesake river had largely vanished. “When the river came back, it was like a party in town every day. Thousands of people were celebrating in the river. And especially to see the younger generations who had never seen the river before—that was amazing. The older generations, who had seen the river before, were in tears. I think many people… never thought they would see that in their life.”

In fact, the pulse flow is inspiring water rights advocates far beyond the continent.
Audubon’s new Colorado River project director Jennifer Pitt, who played a key role in the negotiations and worked with NGOs to purchase water rights from willing locals including Mexican farmers, describes the agreement as “a model that can work between any jurisdiction that shares a water supply.” She and Hinojosa Huerta say that groups involved in river restoration from as close to home as the Rio Grande to as far as Central and Eastern Asia have reached out to express interest in the water sharing concept.

Advice for future pulse flow-ers:
Designing and implementing the pulse flow required tremendous planning and careful coordination, so Hinojosa Huerta stresses the importance of perseverance and solid scientific data. He also says it is important to communicate and develop positive relationships with local residents, such as farmers who depend on the river to irrigate their crops and support their livelihoods. “It is really important to understand the other’s needs, and also the socioeconomic, political framework of the particular [region].”