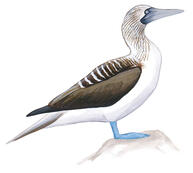 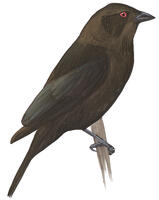 Researchers and conservationists have helped to raise a bumper crop of scarlet macaw fledglings in the forests of Guatemala. Credit: WCS Guatemala Program

A record number of scarlet macaw fledglings took flight over the forest canopies of Guatemala’s Maya Biosphere Reserve this fall. The 29 brilliantly colored birds fledging is a major conservation victory, say researchers and conservationists who monitored 24 nests. In stark contrast, only one fledgling from 15 monitored nests took flight in 2003.

The biosphere is home to an estimated 95 percent of the country’s 300 macaws. The birds have suffered in Guatemala due to habitat destruction and poaching for the pet trade.

Researchers themselves had to take to the air for the monitoring project, often using rappelling lines on their visits to tree cavity nests, some of which are perched 100 feet up. The monitoring program—an effort between the Wildlife Conservation Society's Guatemala Program, the National Park Service of Guatemala, and other groups—focused on weak and at-risk chicks. Some were removed from their nests and hand-reared in a jungle hospital, then put back in nests with chicks of the same age (the approach increases the chances of survival).

If you’d like to learn more about these beautiful birds (and tips for making a trip to see the species), check out these stories:

Over the Rainbow
Deep in Peru’s Amazon, visitors on a storied steamboat discover a bounty of colorful wildlife, from pink dolphins and scarlet macaws to giant river otters and black caimans.
By Susan Cosier

Seeing Scarlet
They'd never seen a scarlet macaw except in a cage. So this best-selling author and her ornithologist husband decided to seek the magnificent bird in one of its last strongholds: Corcovado National Park.
By Barbara Kingsolver and Steven Hopp