Red-breasted Nuthatches are always a treat. Smaller and less conspicous than the prevalent White-breasted Nuthatch, these birds sport a black-and-white striped face, a slate back, and an eponymous rusty underside. Tiny and delightful, they tend to spark an immediate grin whenever you see one—but that isn't always a guarantee depending where you live.

A year-round resident of Canada and certain parts of the Northeast, as well as higher elevations of Appalachia, the Rockies, and along the West Coast, the bird's wintering grounds can fluctuate in the U.S. dramatically year to year, especially in the east. Typically, the birds remain more northern, but on an irruption year, they can be seen in unusually high numbers throughout the northern and eastern U.S.

It looks like this year is an irruption year.

As recently noted by Audubon Field Editor Kenn Kaufman on Twitter, this fall has already seen an explosion of Red-breasted Nuthatch reports. In the tweet, an image compiled by Kaufman compares eBird reports from 2017 with those of 2018. They are very different!

Red-breasted Nuthatch is an irruptive species in eastern North America. Big numbers sometimes flood southward in fall, apparently in years with a poor crop of spruce cones in eastern Canada. 2018 is shaping up to be a huge flight year. #birding pic.twitter.com/51LsCjFXQa

The invasion is most likely due to a lack of spruce seeds in the bird's typical winter range. That's at least been the case in past irruption years, and food scarcity or competition is often what drives irruptions for other Boreal species, including Snowy Owls and certain types of finches and grosbeaks.

In fact, according to Ron Pittaway, the creator of the Winter Finch Forecast, Red-breasted Nuthatches aren't the only irruptive species this year. Shortages in spruce and birch seeds are also expected to cause large southern flights of Purple Finches and Common Redpolls (with some Hoary Redpolls mixed in). Evening Grosbeaks and Pine Grosbeaks could also see a moderate irruption into Southern Canada and some northern states.

But so far, it looks like the Red-breasted Nuthatch might be the star irruptor of this season, especially along the Atlantic Coast. "The magnitude of this year's RB Nuthatch flight is reflected in some places where regular counts are conducted," Kaufman said in an email. "The morning flight count at Higbee Beach, Cape May, broke their all-time record for the species earlier this week."

So, if you live in the Northeast, take advantage of this Red-breasted Nuthatch boom and go find yourself a few. They prefer coniferous habitat, and while they have a quieter call than the White-breasted, their nasally toot is quite distinctive. Still, to see one, you might have to wait until it makes its way out of the canopy and down the tree trunk, in classic nuthatch fashion.

And if you don't have the time to go searching for one or just want to see them more regularly, try putting out some suet around your home. Like many winter birds, Red-breasted Nuthatches will never say no to a tasty square of lard and seed.

Freebie Alert! Not sure which nuthatch you have? Download our handy Audubin Bird Guide app to learn more than 800 North American species. 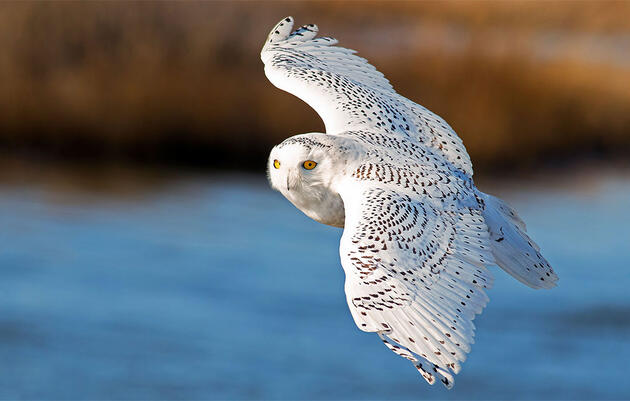 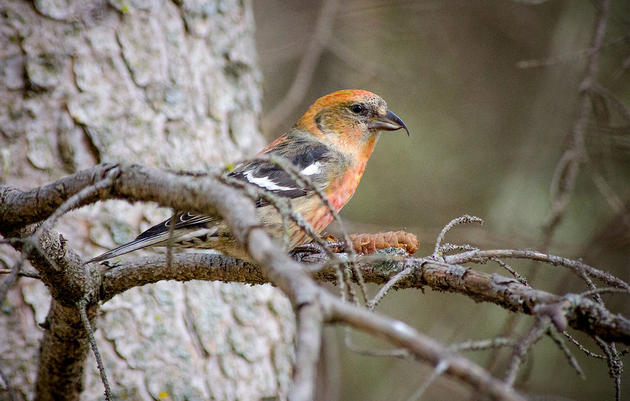 Crossbills Are the Grail Birds of the Adirondacks

To find them, you need to know them. And not many know them better than Joan Collins. 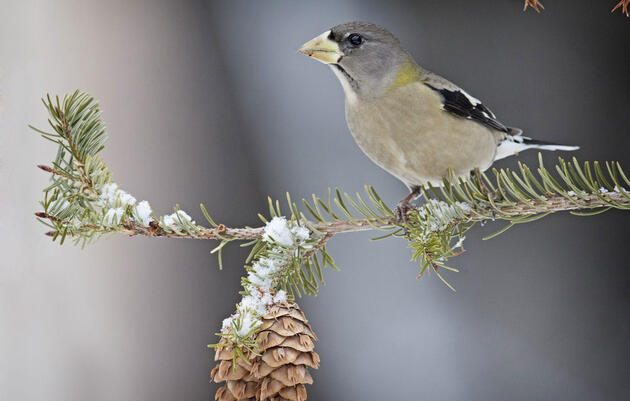 Thanks to one man's annual Winter Finch Forecast, birders can prepare for any surprise visitors that might swing south during colder months.