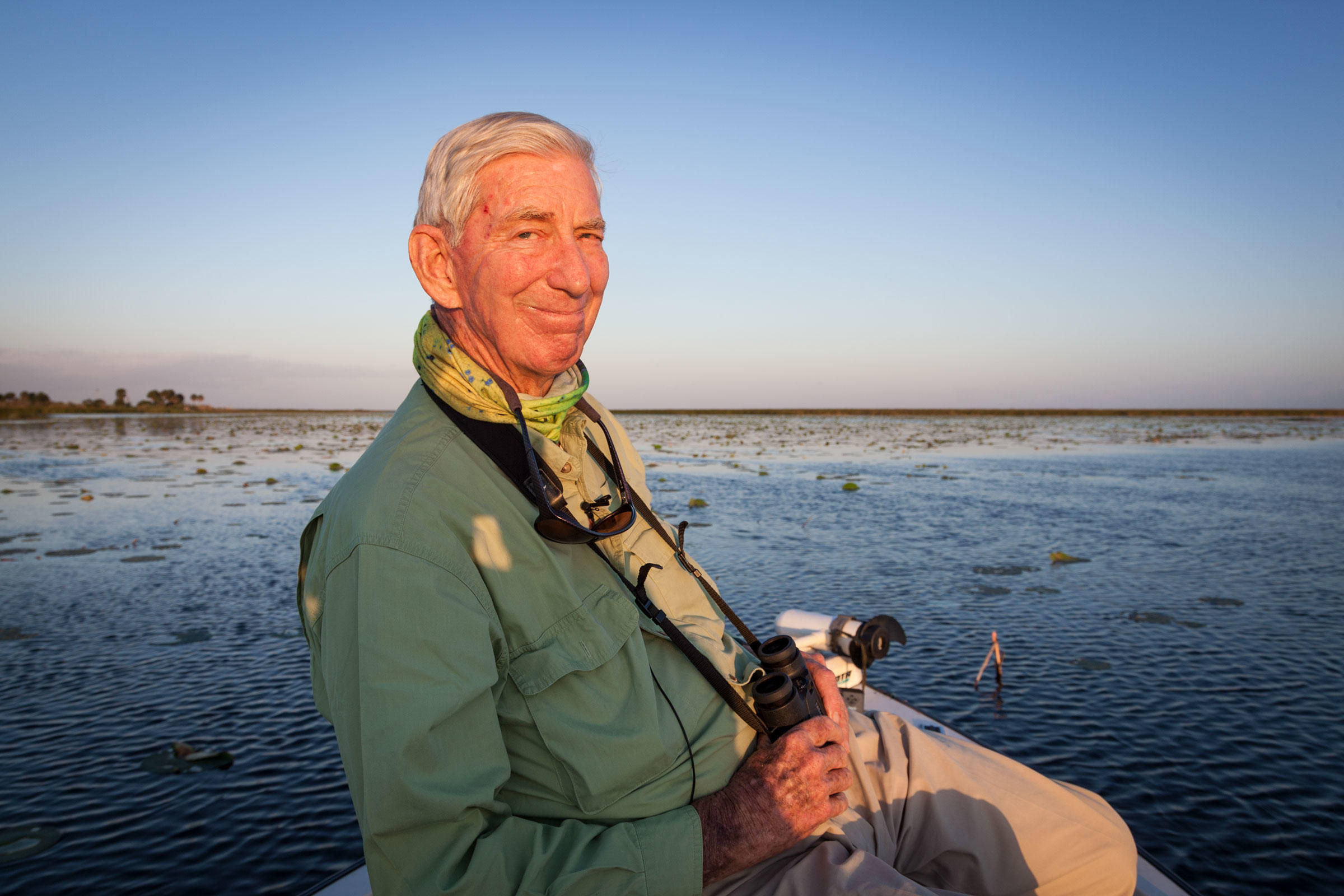 Reed had an unparalleled ability to unite people on behalf of birds and the environment, and his legacy is reflected in habitats across the country, especially Florida's most special places.

He saved endangered species. He made communities clean up pollution. He helped preserve fragile lands. And he fought to restore his beloved Florida Everglades.

Nathaniel Reed was an extraordinary environmental statesman whose influence stretched across the country leaving a legacy few others may ever match. His death on July 11, from a head injury incurred from a fall while fishing in Canada, has left saddened conservation leaders remembering his enormous advocacy that stretched for 50 years and included stopping a jetport in the Everglades, ending DDT use, and championing the Endangered Species Act.

“The world has lost a conservation hero and birds have lost one of their most effective advocates,” said David Yarnold, president and CEO of the National Audubon Society. “Nat was a giant in conservation—that phrase is used a lot but in Nat’s case it’s true. His scientific knowledge and his passion for birds and wild places make him a hero for decades.”

Reed’s love of all things wild began with a boyhood of outdoor adventures that included roaming the hills, swamps, and woods of Greenwich, Connecticut, and winter vacations spent on Jupiter Island in Florida, where the Indian River Lagoon, teeming with marine life, beckoned. He moved to Florida in 1960 after serving in the military and was bewildered by what he saw: developers destroying natural areas, a population boom, and political leaders who “encouraged growth at any environmental cost,” he recalled. Reed was spurred to action, and his life mission “became to unite fellow Floridians in my quest to stop unwanted development and mitigate ecological losses.”

His collaboration with Florida Gov. Claude Kirk, for which Reed received $1 per year as an environmental advisor, put him firmly in the political spotlight and opened the door to Reed’s influence. He convinced Kirk, a firm anti-establishment Republican elected in 1966, to take critical pro-environmental stances, including opposing an Everglades jetport, stopping a federal funded barge canal across the state, and supporting creation of Biscayne National Monument, which later became a national park. Reed also headed efforts to stop untreated sewage from being dumped into Florida waters and curb industrial air pollution.

In 1971, Reed was called to Washington, D.C., where he served in the U.S. Department of the Interior during the Nixon and Ford administrations. There he influenced and promoted a plethora of legislation, including establishment of the Endangered Species Act, preservation of more than 80 million acres of Alaskan lands, protection of California redwood trees, and passage of the Marine Mammal Protection Act. A lifelong Republican, Reed worked with members of both parties to shape policy; in recent years he decried “partisan bickering” at the expense of degraded natural resources and beauty.

In recent years he decried “partisan bickering” at the expense of degraded natural resources and beauty.

Upon his return to Florida, where he eventually consulted with six governors, Reed turned his attention to attempts to clean up and restore the Everglades and its diverse wildlife. His 6-foot-5 frame towered over those who would destroy Florida’s natural beauty, and he fought them with impassioned speeches and determined action. His awe with the natural world was just as fervent, often accompanied by his inimitable, joyful laugh.

“Nat Reed’s tracks through the environmental history of Florida were long and deep,” said Clay Henderson, former Florida Audubon Society president and a fishing (and environmental-strategy) companion of Reed’s. “From the early fights to kill the Everglades Jetport and the Cross Florida Barge Canal to the marathon struggle to restore the Everglades and Indian River Lagoon, Nat strode side by side with Audubon Society board, staff, and volunteers as our not-so-secret weapon. Nat knew everyone who could influence any needed outcome and knew how to get things done.”

In later years, Reed founded the 1000 Friends of Florida, a growth-management watchdog group, served on the South Florida Water Management District, and helped create the Everglades Foundation. He received a bevy of awards from groups across the country, including the 2017 Dan F. Lufkin Prize for Environmental Leadership from the National Audubon Society. At his death, U.S. Sen. Bill Nelson, of Florida, proposed naming a new reservoir to be built south of Lake Okeechobee for Reed.

“Nathaniel Reed will be remembered as someone who can silence a room with a few words and move mountains with a memo. He will continue to be an indelible guiding star for so many in the conservation community,” said Julie Hill-Gabriel, Audubon's vice president for water conservation. “But most of all, I will look back to Nathaniel’s unwavering faith that we will succeed in restoring the Everglades and protecting the majestic natural world. Almost every day there is a temptation to give up or lose hope. Nathaniel’s ability to approach conservation challenges with certainty, conviction, and courage will always give me the strength to keep going."

In 2016 Reed published an autobiography to tell his story and credit the many people and agencies he worked with for decades. He expressed hope that the country might return to bipartisan cooperation for the environment’s sake.

“I have seen how things can and should work and I hold faith that we may find such alliances again. We must because we can never, never give up the battle,” he wrote. “Too much is at stake.”

Leslie K. Poole is an assistant professor of environmental studies at Rollins College in Winter Park, Florida. She worked with Reed on several projects, including editing some of the essays in his 2016 autobiography, Travels on the Green Highway: An Environmentalist’s Journey.