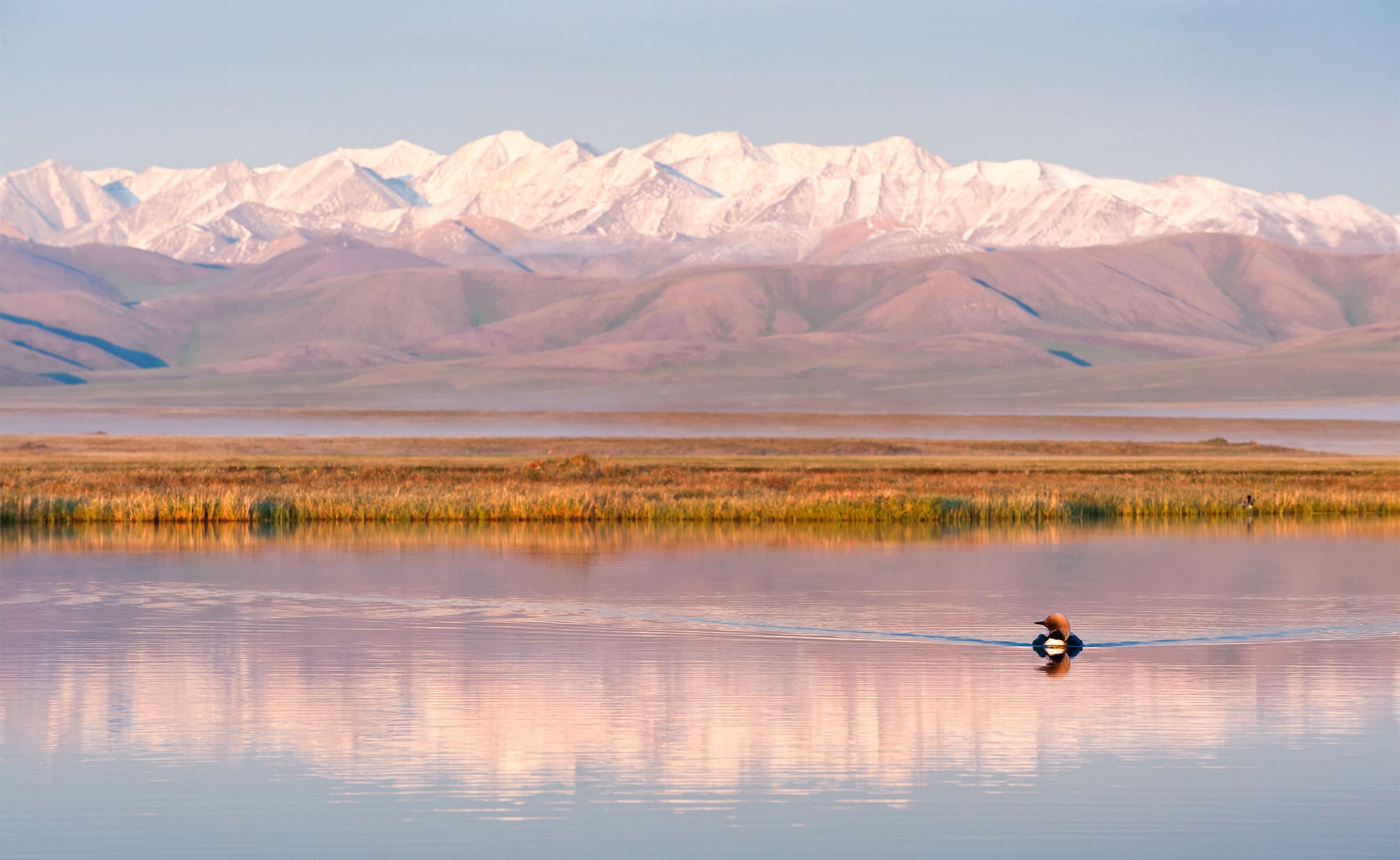 Report: The Arctic Refuge Is Facing Its Biggest Threat Yet

Congress is trying to drill for oil in wild protected areas by sneakily using the budget reconciliation process. A few senators could stand in the way.

Tucked away in the northeastern corner of Alaska stretches 19 million acres of protected boreal forest, river deltas, salt marshes, and coastal lagoons where, every year, birds from all 50 U.S. states return to nest and raise their chicks. This is the Arctic National Wildlife Refuge, one of America’s last remaining tracts of undeveloped wilderness and its only protected Arctic ecosystem.

However, ever since oil was discovered beneath adjacent Prudhoe Bay in 1968, the fossil-fuel industry and its political allies have targeted the Arctic Refuge to open its 1.5-million-acre coastal plain to drilling. For decades, Audubon and other environmental organizations have vigorously defended the refuge’s protected status and, despite some close calls, have always managed to prevent oil exploration there.

But the Arctic Refuge now faces its biggest threat yet, as Congress attempts to use the budget reconciliation process to pay for tax cuts through Arctic drilling—a scheme that would force the legislation through without typical debate, and allow the Senate to pass the bill with a simple majority vote.

“This is a place of national and global importance,” says Susan Culliney, Audubon Alaska’s policy director. “It needs more thought and more consideration. Can’t we all agree that this fast-track, backdoor budget process is the wrong thing to be using?”

The first clue of the renewed effort to drill in the refuge came in the spring, when President Donald Trump’s proposed budget included a novel line item: revenues of $1.8 billion earned between 2018 and 2027 from selling oil and gas leases in the Arctic Refuge. Then, on October 5, the U.S. House of Representatives passed a 2018 budget resolution in a 219-206 vote that called for the Natural Resources Committee, which has jurisdiction over the refuge, to find a way to reduce the deficit by $5 billion over 10 years—a covert nod towards new revenues from refuge drilling.

The budget proposal released by the U.S. Senate the previous week includes a parallel ask: The Energy and Natural Resources Committee, which like its House counterpart oversees leasing in the Arctic Refuge, must find a way to save $1 billion over the next decade—another furtive glance toward refuge oil. Under typical Senate rules, new legislation would require 60 votes to overcome a potential filibuster, support Arctic Refuge drilling doesn’t have. But budget reconciliation requires only 51 votes.

As a result, the refuge’s fate now lies in the hands of a few moderate Republican senators, whose names are familiar to many Americans after months of attempts to repeal the Affordable Care Act. In the past, Senators Susan Collins (R-ME) and John McCain (R-AZ) have opposed drilling in the refuge, though they haven’t yet announced how they'll vote. Senator Lisa Murkowski (R-AK), a moderate voice during the healthcare debate, supports drilling, arguing that it would bring jobs and revenues to her state. Republicans hold 52 seats in the Senate, and if two senators defect from their party, Vice President Mike Pence could vote to break a 50-50 tie.

“It looks like it’s up to the Senate to reject any budget that will open the Arctic Refuge to drilling,” David Yarnold, CEO of the National Audubon Society, says. “It’s bad for birds, it’s bad for people, and it’s just bad math.”

The arithmetic doesn’t add up in two ways. First, the U.S. is in the midst of an oil and gas glut with enough surplus that the industry is sending it overseas. Given that, “it’s not clear that a lot of oil companies are interested in drilling in the refuge,” Justin Stokes, director of legislative affairs at the National Audubon Society, says. Second, opening the refuge might not even raise the $1 billion in revenues legislators project as part of this budget process.

“At the end of the day, not only is this a really special place—a lot of people call it the crown jewel of America’s wildlife refuges—it’s not even going to do what they claim that it would do, and that is produce a billion dollars of revenue to help them pay for tax reform,” Stokes says. “The numbers just don’t add up.”

This isn’t the first time Congress has tried to sneak Arctic Refuge drilling into the budget process. In 1995, both Congressional chambers advanced a bill to drill in the refuge to the president’s desk for final approval—but President Clinton vetoed it. Then, in 2005, President Bush made drilling in the refuge a top priority, and the Senate included Arctic Refuge oil revenues in its proposed budget. Then, the House dropped the language from its respective budget after a standoff led by moderate Republicans.

Presuming President Trump won’t provide the necessary veto, it’s once again up to moderate Republicans to stand up against an effort to carve up the wild Arctic landscape for oil and gas that no one really needs. “It’s important that people around the country continue to talk about how there are some places that are truly wild and should remain that way,” Stokes says.