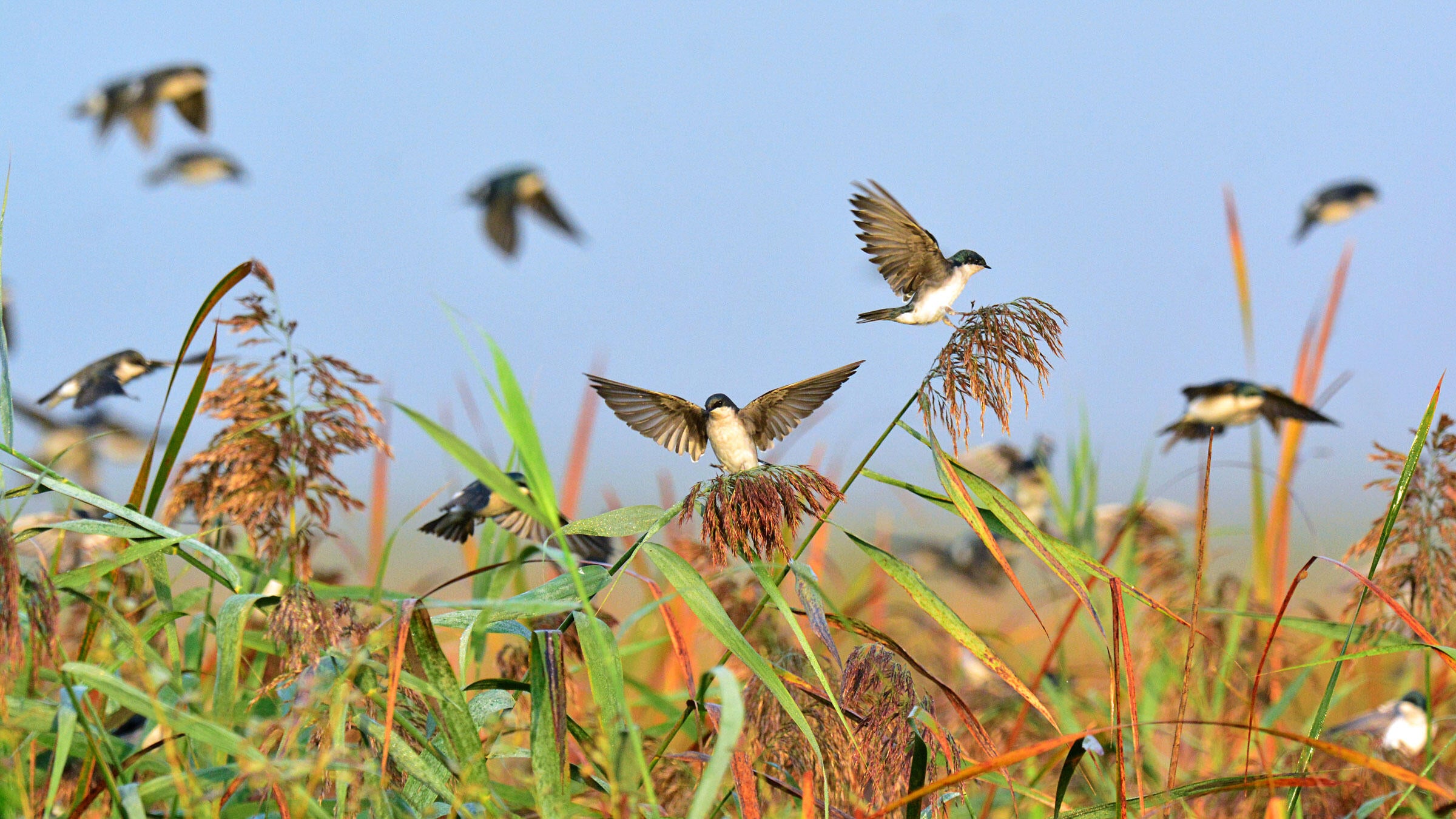 Many migratory birds grow restless and anxious—a phenomenon known as "zugunruhe"—before they take off for the next leg of their journeys. Photo: Lynn Cleveland/Audubon Photography Awards

According to a new study, the same hormone that signals to humans we've eaten our fill triggers migrating birds to continue their trek.

Just off the western coast of Italy sits a five-mile-long island called Ponza, which is all that remains of the caldera rim of an extinct volcano. Today, it's an important re-fueling station for migratory songbirds, as it's often the first stop they can make as they return to Europe after wintering in Africa. Arriving at Ponza after a non-stop flight over the Mediterranean, the birds show up ready to eat. But after gorging themselves and before taking off again, the birds engage in a frantic, curious behavior common to many migratory species and known to ornithologists by the German word zugunruhe.

"They behave in a funny way," says Leonida Fusani, a biologist at the University of Vienna. "They flutter their wings and make little jumps. You can tell this behavior from any other type of nocturnal activity."

Fusani studies the biological and environmental factors that drive billions of birds to migrate from their breeding grounds to their overwintering ranges in the tropics and back once again. Like other researchers, he’s long known that birds must fuel up before their long flights by packing on the pounds. But no one was sure how they knew when they had eaten enough to safely take off again. Research performed on poultry about a decade ago provided a clue: The hormone ghrelin, which signals to humans and other mammals that it’s time to stop eating, plays a similar role in chickens and quail.

Fusani knew that migrating birds exhibit signs of zugunruhe after they've stored up enough fat from their diet—or, in other words, when they’re full. So he suspected that ghrelin might also be involved in their migration, perhaps signaling when it's time to keep moving. To test his idea, he captured Garden Warblers, small brown songbirds that actually prefer woodlands to gardens, when they arrived to rest near the ornithology research station on Ponza. A quick blood test showed that the birds with more body fat had higher levels of ghrelin in their bloodstreams compared to their leaner counterparts. That supported a clear link between hormone levels and the birds' physical condition.

But Fusani still needed to see if ghrelin itself was implicated in zugunruhe; after all, there are many hormones involved in regulating foraging and migratory behaviors. So in a second study, he and his colleagues captured birds on the island and kept them in fabric-lined cages for one night to monitor their behavior. Some of the warblers were injected with ghrelin, while others were injected with a saline solution as a control.

Those birds whose ghrelin levels had been artificially boosted ate less, and also displayed the migratory restlessness that defines zugunruhe—clear-cut evidence that the hormone is tied to both appetite and migration. The study was published last week in the Proceedings of the National Academy of Sciences.

"We think of migration as this spectacular, long flight through air, but most of the biology of migration is at these stopover sites," says biologist Emily Cohen of the Smithsonian Migratory Bird Center, who was not involved in the study. "This is really strong evidence" that ghrelin is the physiological link between appetite and migration, she says.

The potential implications of this research extend beyond just better understanding how birds migrate. Migratory songbirds rapidly gain and then lose some 50 percent of their body mass in fat as they prepare for and recover from migrations. Thanks to the similarities in the physiology that underlies appetite regulation in mammals and birds, Fusani thinks that these birds might ultimately prove useful as model organisms for the study of obesity and other metabolic disorders in humans. Which might make you look at the birds stuffing their bills at your backyard feeder in a whole new light.