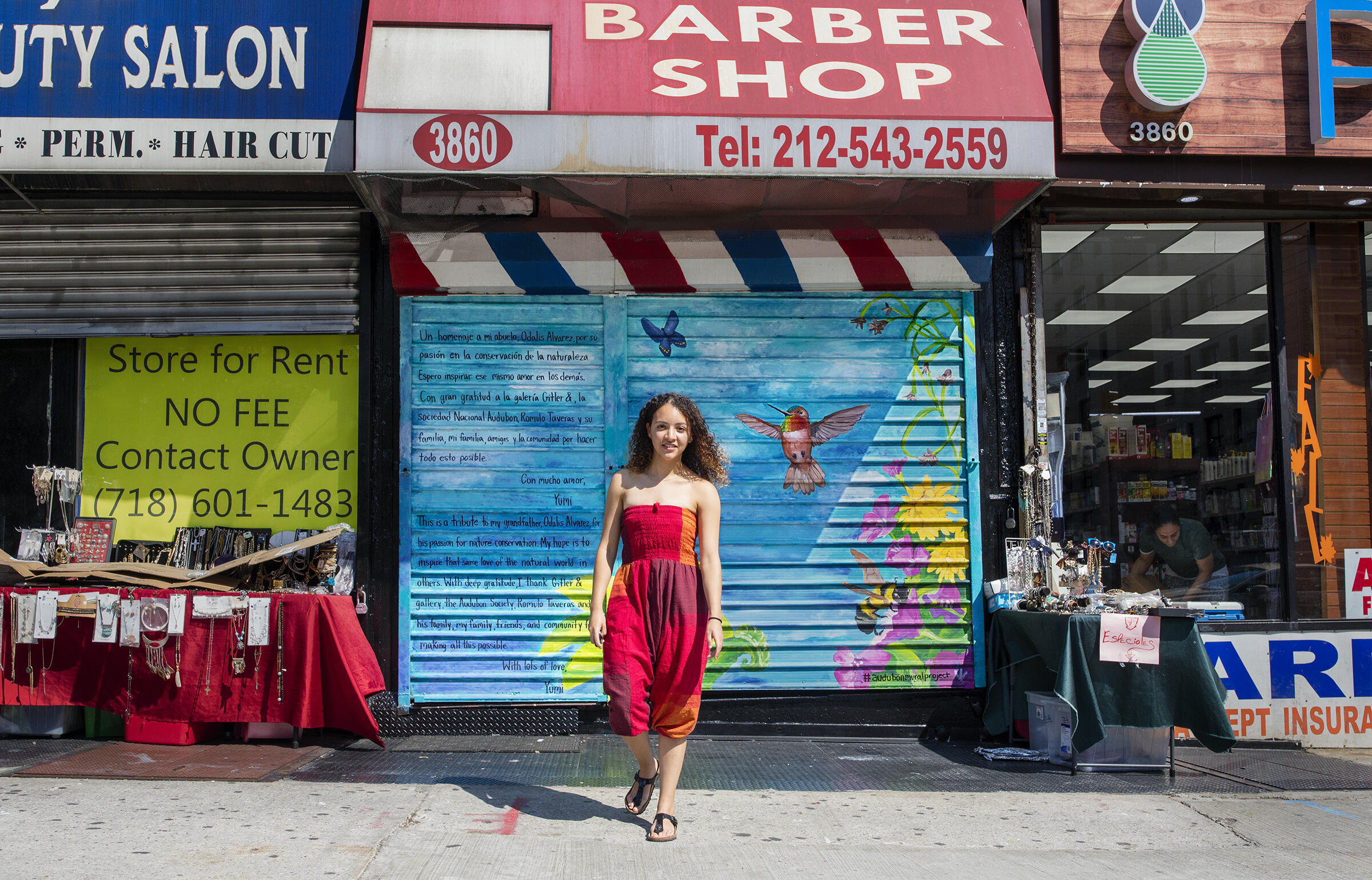 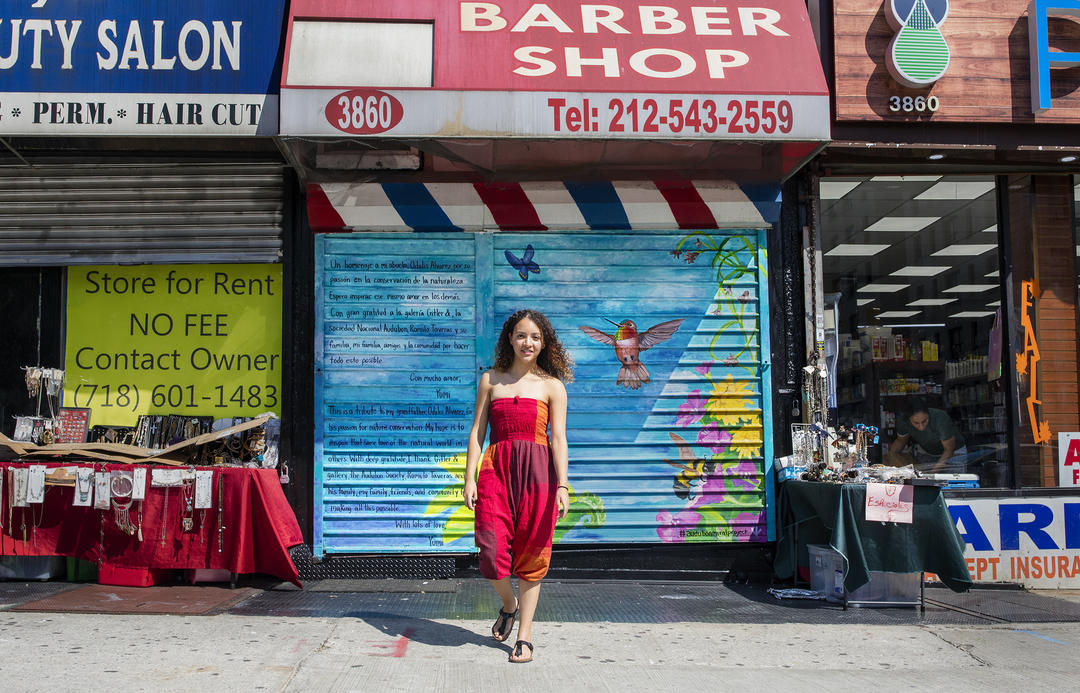 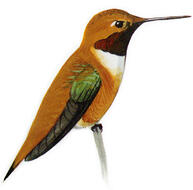 About the Bird: Every spring the Rufous Hummingbird migrates from Mexico to as far north as Alaska on a route that follows seasonal blooms. The changing climate affects the flowers it visits for nectar, and with 3 degrees of warming, this common western species could see its current summer range shrink by 70 percent and its winter range by half. At 1.5 degrees, the fiery bird would endure less change.

About the Artist: Yumarlin Rodriguez, known as Yumi, was born and raised in the small Dominican enclave of the Washington Heights neighborhood in New York. She attributes her deep love of nature to her grandfather, Odalis Alvarez, who believed that she could make a difference in the world using her talents. He fell ill shortly before she was admitted into The Cooper Union’s School of Art, so she decided to paint this mural in his honor at the barbershop where he worked. “‘Vuela, Vuela, Colibris,’ translates to ‘fly, fly, hummingbird’,” Yumi says. “It’s a saying my grandparents would say to me. It’s a metaphor that has taken many meanings in my life, and in this piece I hope that my message—to care for one another and the world around us—can take flight.”