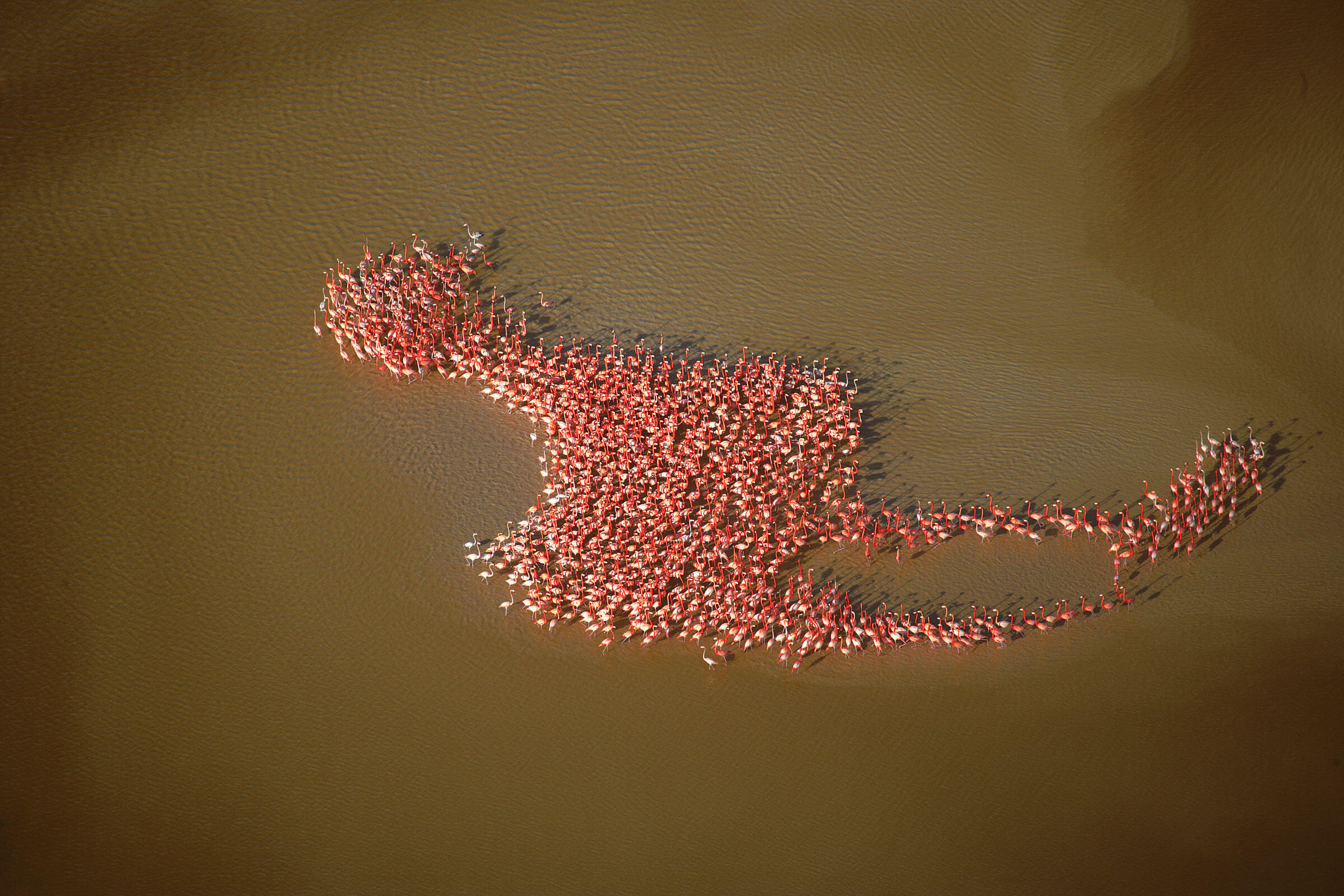 As if controlled by an aerial designer, American Flamingos in the Gulf of Mexico naturally arrange themselves into, well, a flamingo. The image wasn’t easy to capture: The photographer, shooting from a helicopter, asked the pilot to carefully turn back to avoid startling the birds. Yucatán Peninsula, Mexico. Photo: Bobby Haas/National Geographic

The publication continues its century-long tradition of delivering stunning images from around the world.

When National Geographic published the first-ever self-triggered wildlife image in 1906, its board members were outraged—they couldn’t understand why the eminent adventure magazine would sensationalize itself by turning into "a picture gallery." But the readers were hooked right away, and over the last century, their enthusiasm has inspired Nat Geo to become a powerhouse source of wildlife imagery.

In today's image-driven world of media, Nat Geo continues to astound and delight. Lucky for us, many of those projects focus on birds—a 2012 story and photo montage on all 39 species of birds-of-paradise was the result of a several-year expedition by two ornithologists to more than 28 tropical locations. That same year Nat Geo teamed up with The Wild Bird Trust to launch a semi-weekly online photo series centered around threatened avians and conservation efforts from all over the world—the collection is now in its 76th edition.

Nat Geo also supports solo conservation crusades. About ten years ago, freelance photographer Joel Sartore began documenting every captive animal species around the world to highlight the modern extinction crisis. The project, known as Photo Ark, is partially funded by Nat Geo. More than 4,500 creatures have been photographed to date, including numerous birds, from oystercatchers and Sanderlings, to hornbills and Sunbitterns—all of the images can be found on the Nat Geo website. Some of Sartore’s other work can also been seen in the group's latest book.

The book, Rarely Seen: Photographs of the Extraordinary, holds 400 gorgeous pages of international marvels. And amidst the mammals and landscapes are plenty of delightful shots of birds. Scroll down to view some of our favorite scenes from the book. 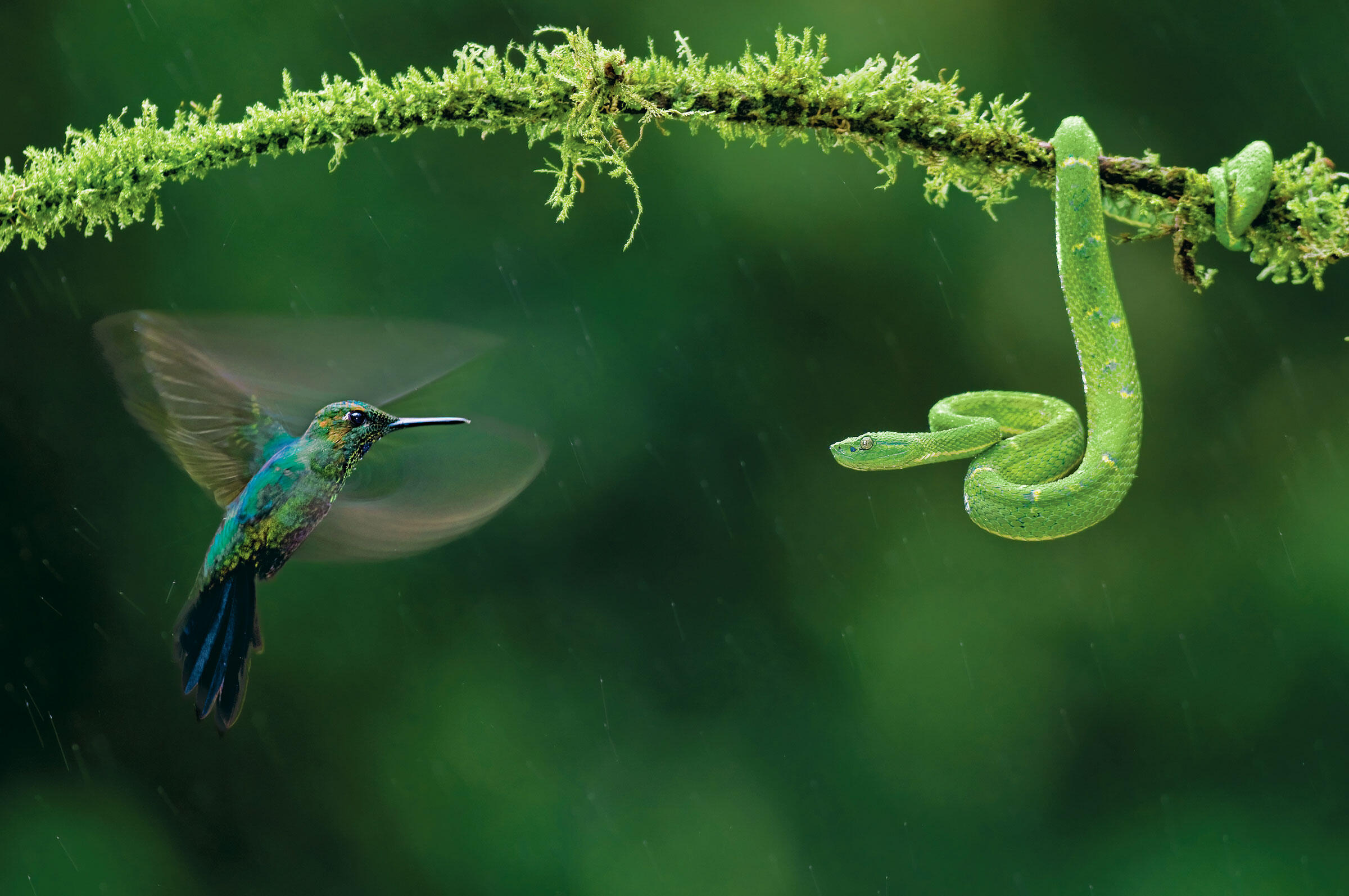 A Green-crowned Brilliant and a green pit viper look eye to eye. The snake hangs delicately from a branch as the hummingbird hovers midair in attack. The showdown captures an eternal dance between predator and prey. Costa Rica. Photo: Bence Máté/National Geographic 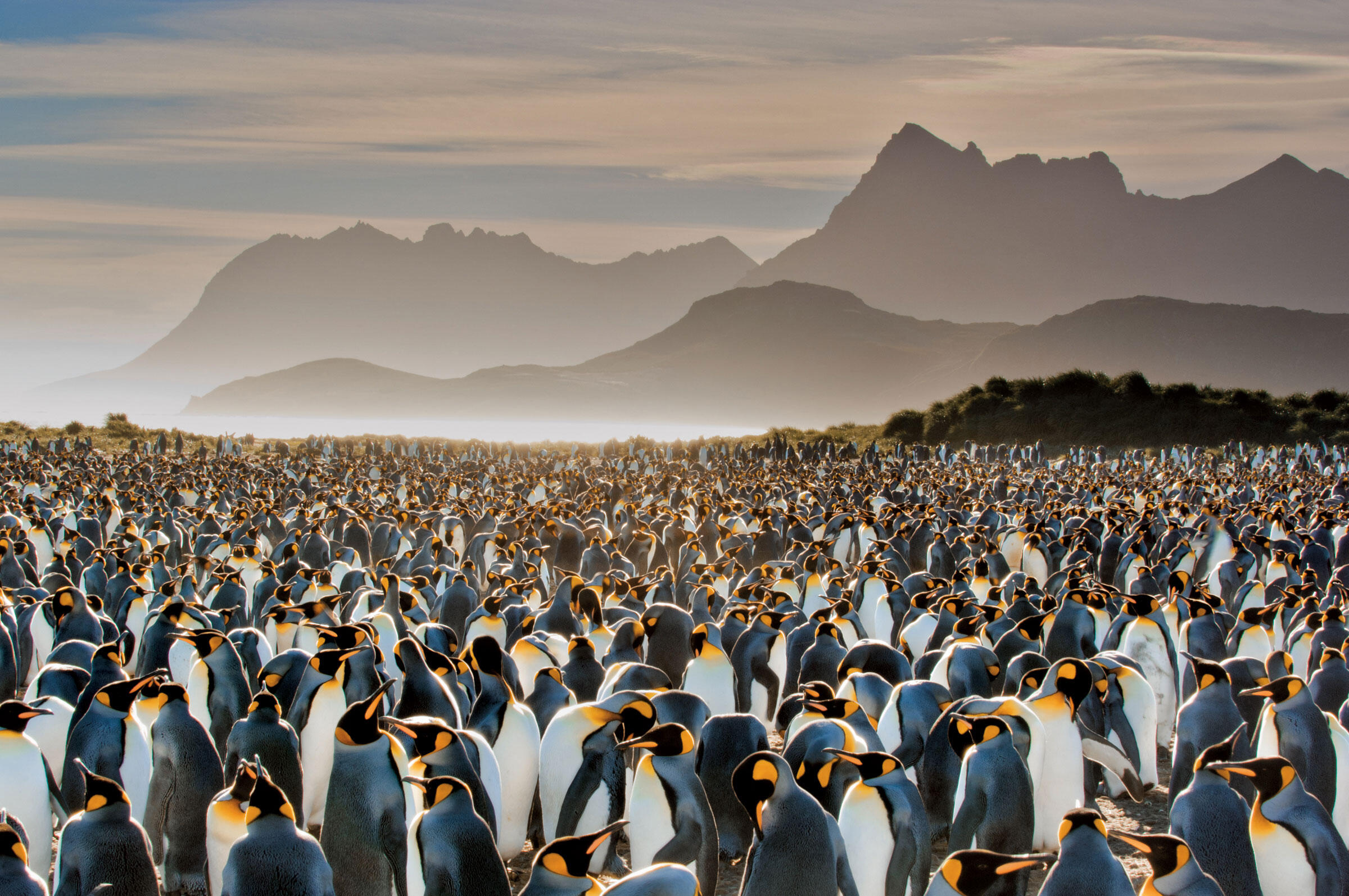 A sea of King Penguins stretches out to meet the hills on South Georgia Island in the southern Atlantic Ocean. King penguins, the second largest penguin species, congregate here starting in September. The aquatic birds form breeding colonies that can reach up to tens of thousands in number. Antarctica. Photo: Frans Lanting/National Geographic 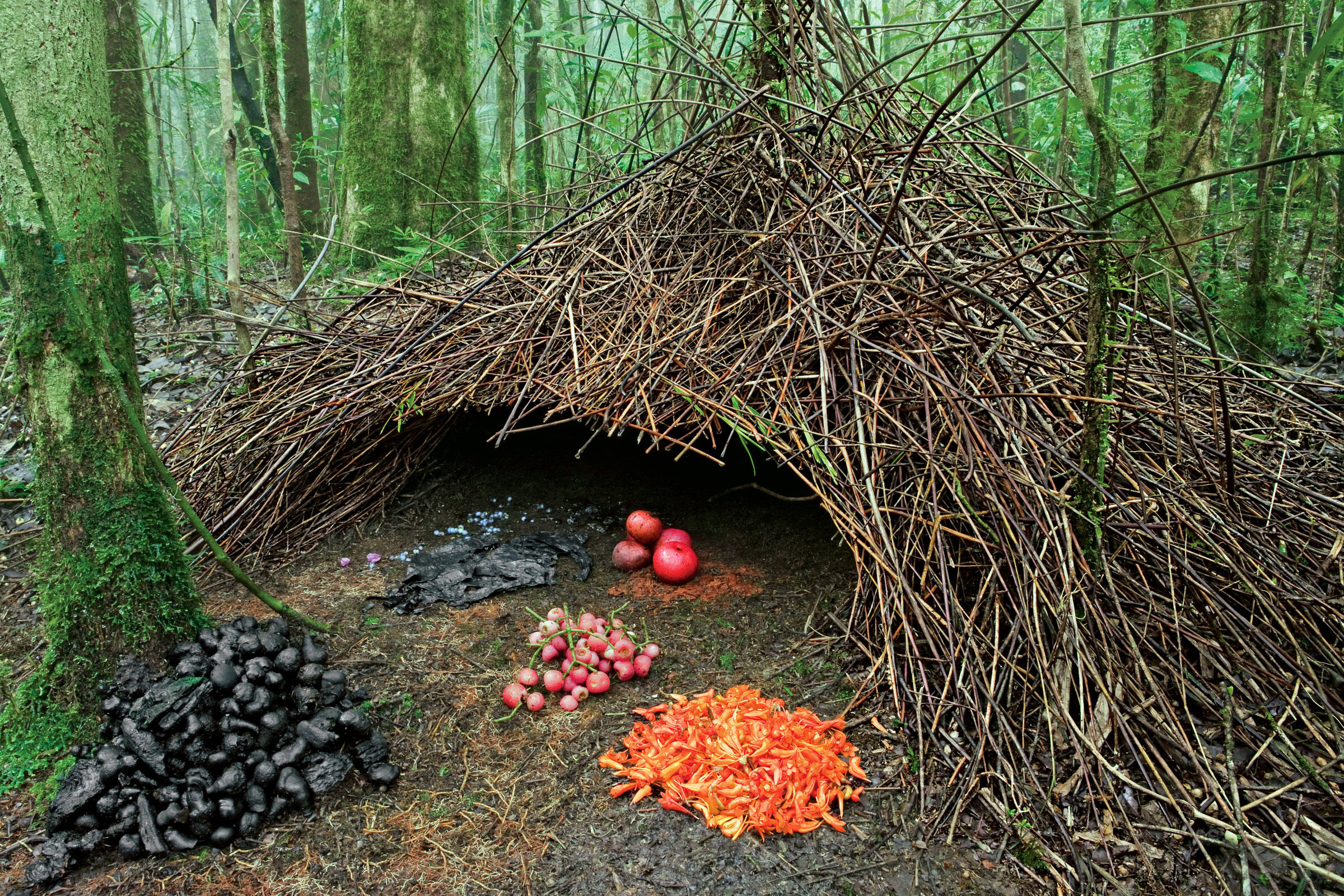 A male Vogelkop Bowerbird collects colorful flowers and fruits to decorate his cone-shaped bower in the Arfak Mountains of Papua New Guinea. Bowerbirds use this elaborate and careful forest artistry to create masterpieces, all in an effort to woo a mate. Indonesia. Photo: Ingo Arndt/National Geographic 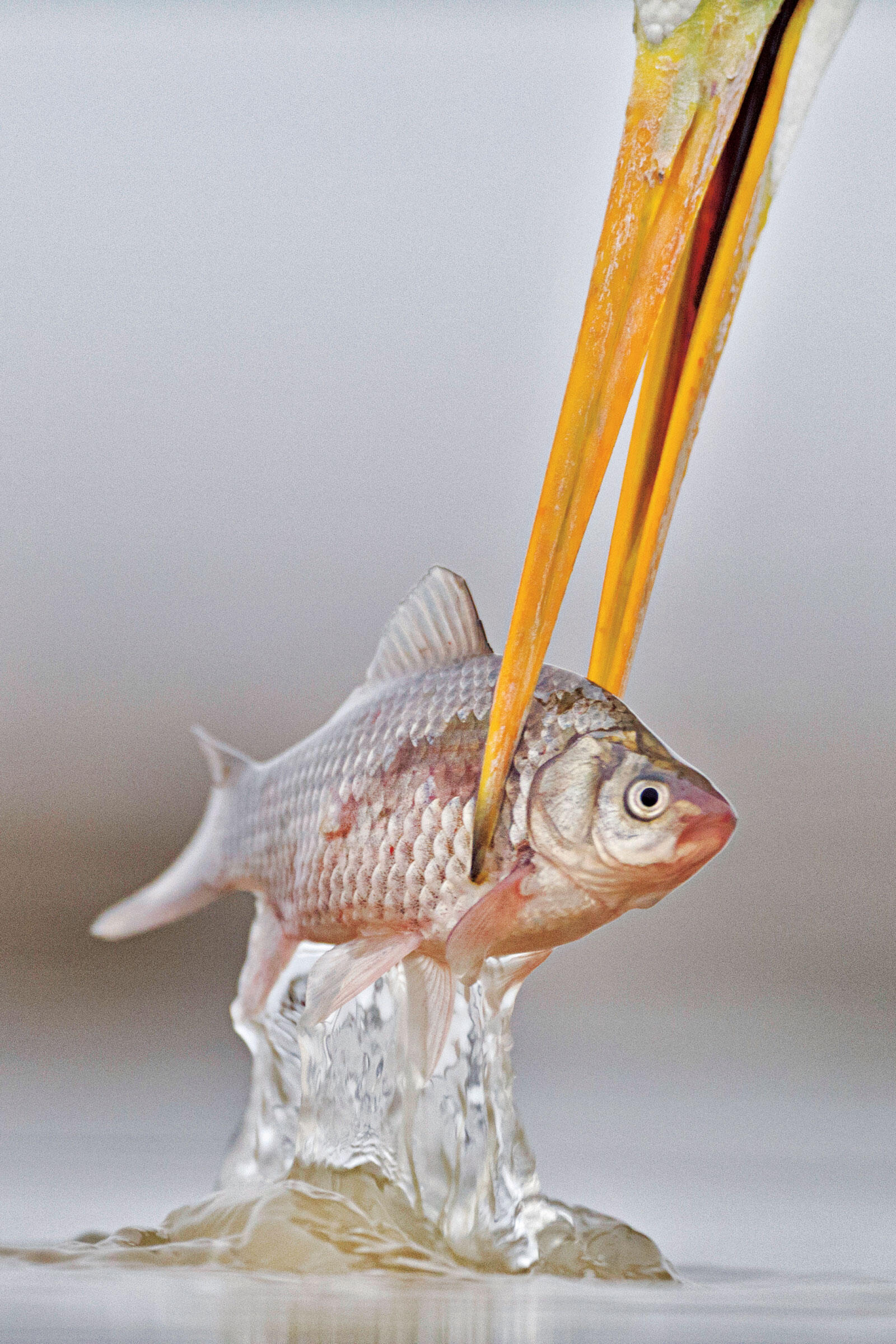 A Great Egret’s bill mimics a sharp pair of chopsticks as it snags a fish from the water. Hungary. Photo: Erlend Haarberg/National Geographic 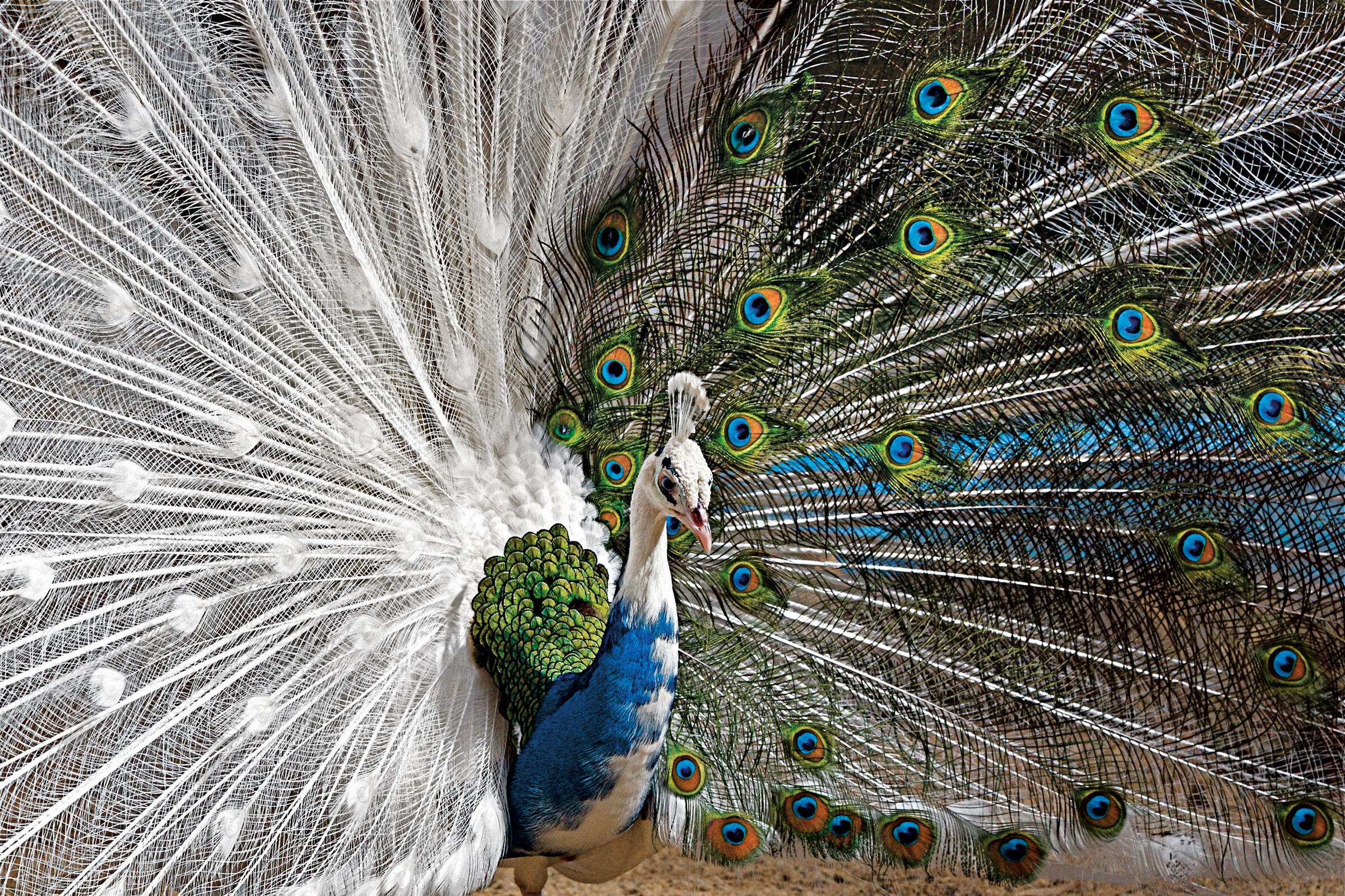 This male peacock looks almost as if the artist isn’t finished yet. But that doesn’t mean it can’t strut its stuff. Feather structure and pigment determine color in peacocks: the white feathers of this peacock lack pigment, thus its piebald appearance comes from a genetic mutation. Australia. (Read more about the leucism mutation here.) Photo: Chi Lui/National Geographic 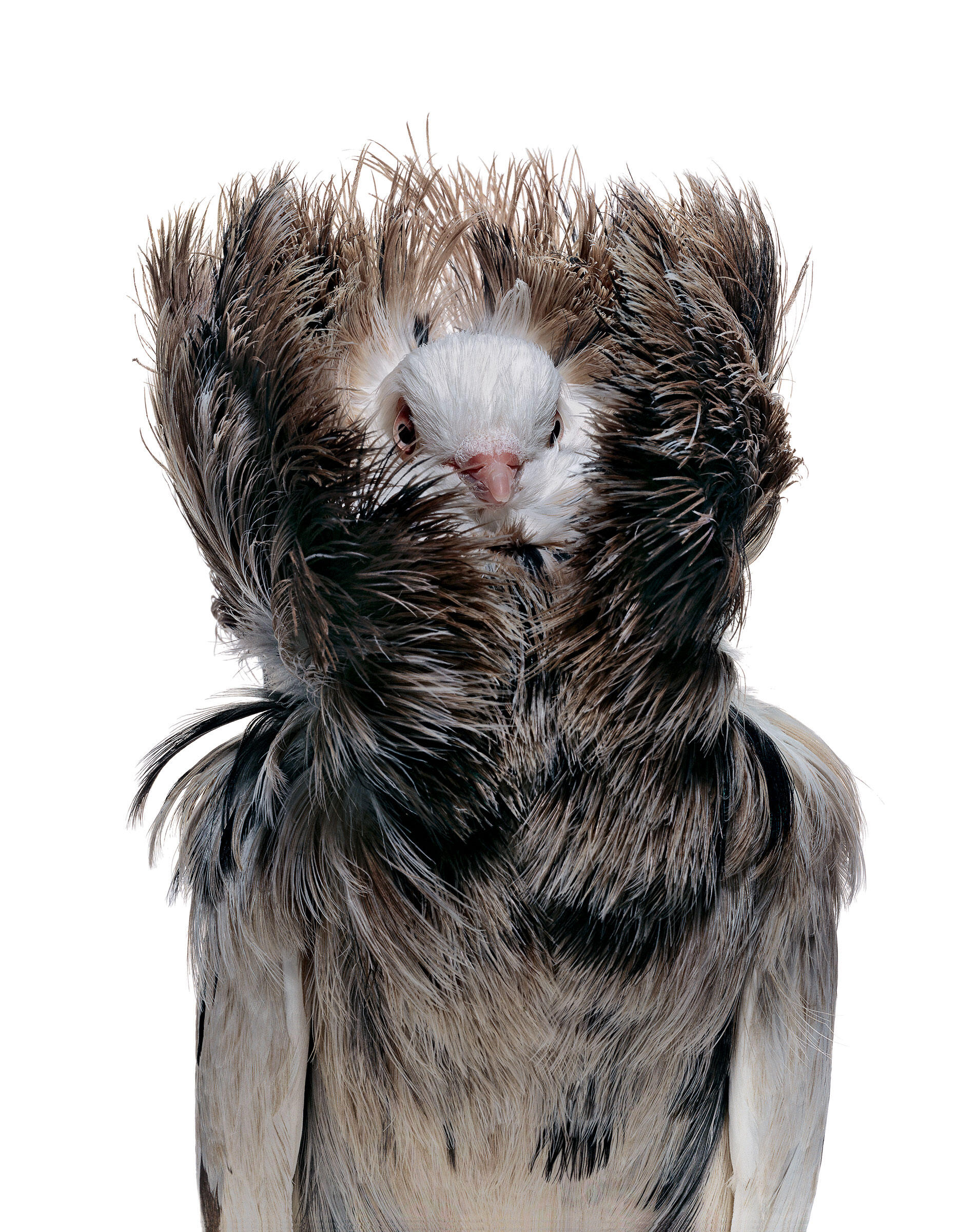 A Jacobin pigeon could almost be at home during New York City’s Fashion Week, with a dark brown mane of feathers wrapped around its white head. These pigeons, named after the Jacobin order of monks for their habitlike hood of feathers, have been specially bred from rock pigeons. Photo: Robert Clark/National Geographic 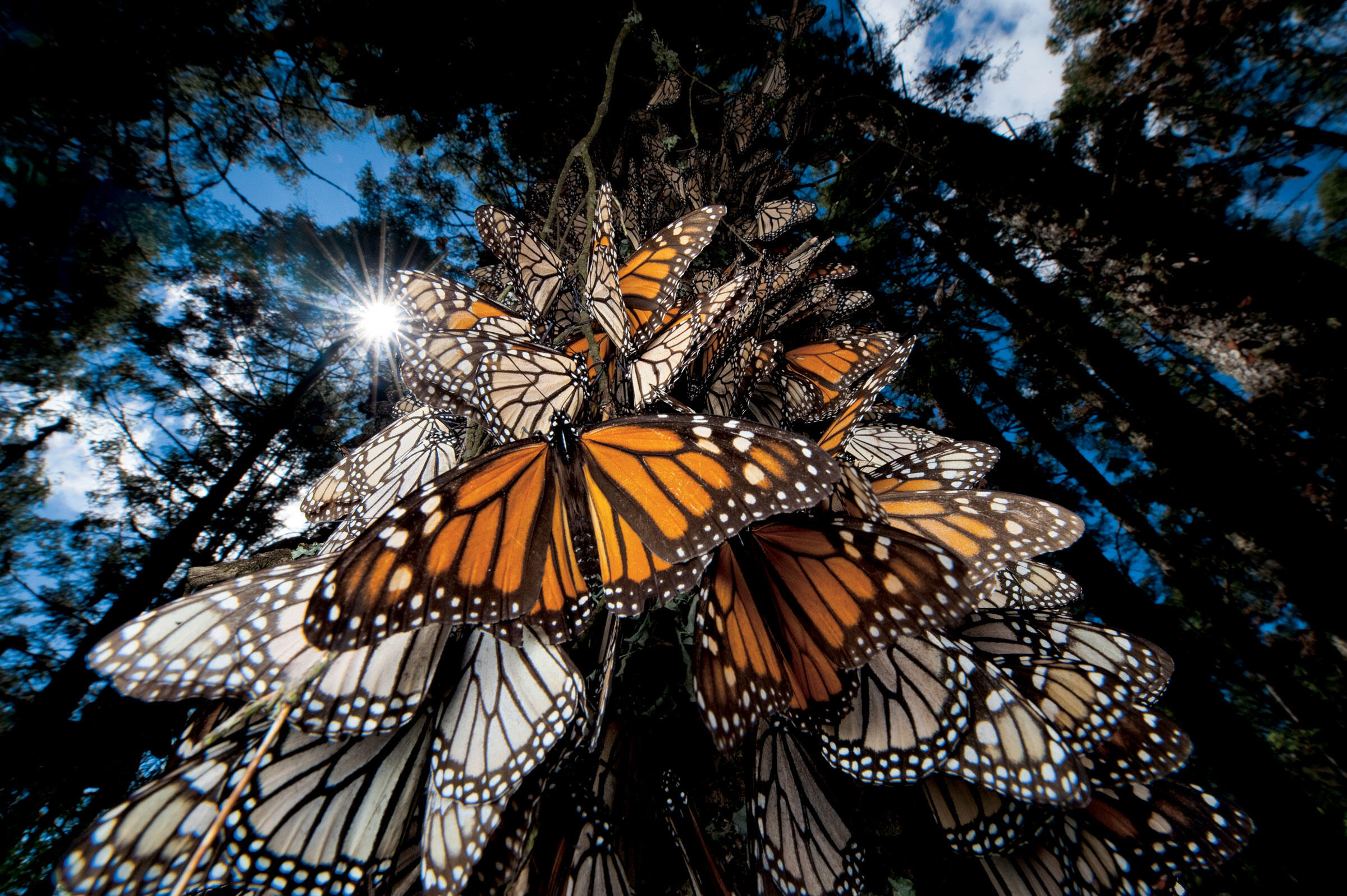 Monarch butterflies flutter toward the sun in a fir forest in Sierra Chincua, Mexico. Millions of the butterflies migrate to their winter roosts, which are in just a handful of locations in Mexico and California. Logging can disturb the insects, which cluster on the trees through the winter in high-elevation forests. Photo: Joel Sartore/National Geographic 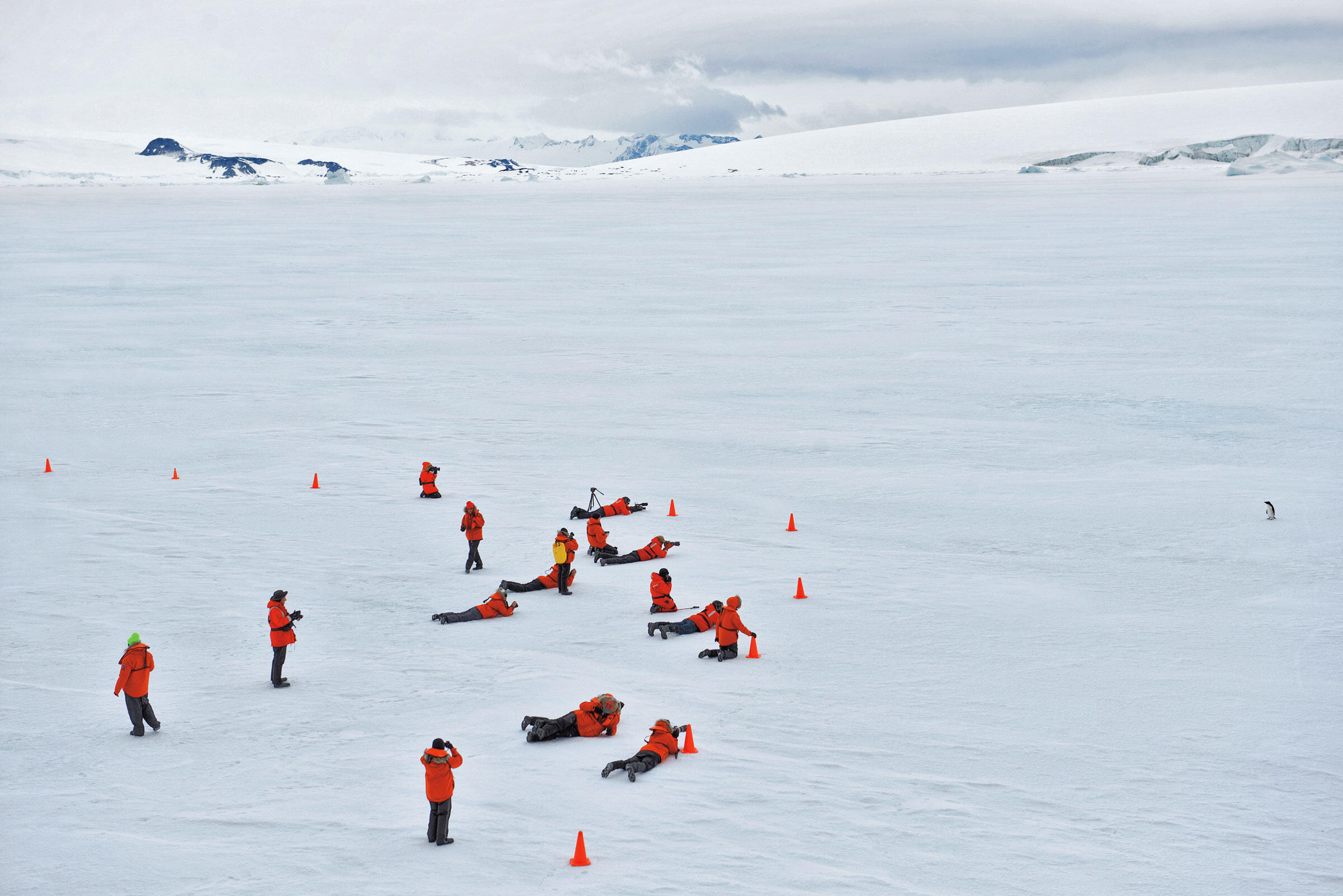