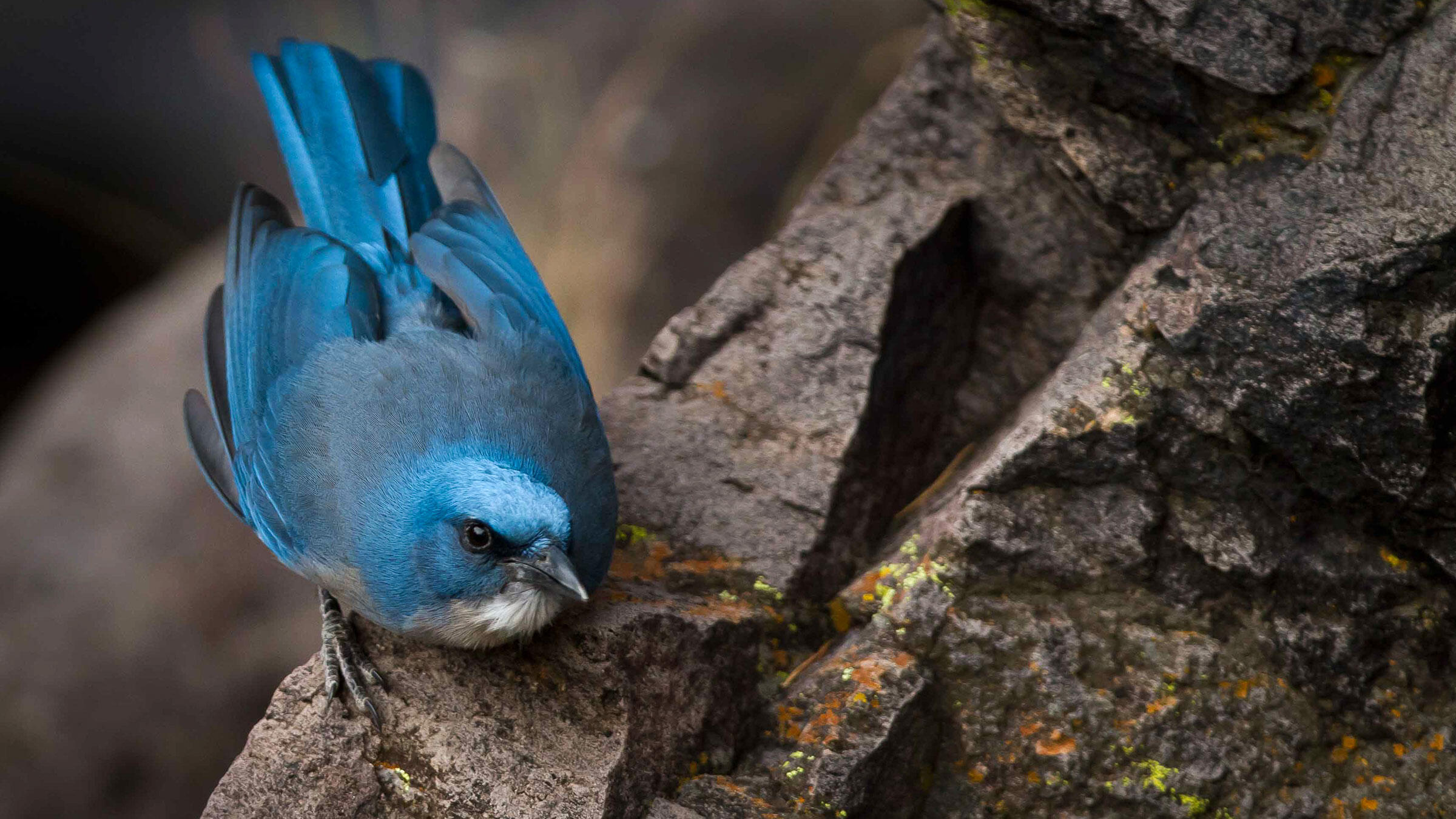 Sure, the Mexican Jay is blue, but it won't be confused with its northern cousin. Photo: Brittany Margulieux/Audubon Photography Awards

Not that there's anything wrong with the Blue Jay, but there is a big, wonderful world of jays out there. Get to know some new ones.

Most East Coast folks have met a Blue Jay before, whether it was bullying other birds at their feeders or aping raptor calls and dive-bombing sparrows and robins in the canopy. Its similarly hued cousin on the West Coast, the California Scrub-Jay, is also common and only slightly less abrasive. Although most of the world's 40 or so jay species share these feistier characteristics, the corvids can differ dramatically in color and skills from bird to bird. Here are seven more jays from across the Western Hemisphere that might not be as well-known to most U.S. residents.

The gray-breasted Mexican Jay (pictured above) inhabits the mountains of its namesake nation, but can also be found in the oak-filled forests of some southwestern U.S. states. They raise their young in communal style, often with multiple birds feeding chicks from different nests (though some members of the group get away with doing nothing). They also have an interesting relationship with Northern Flickers. The woodpeckers follow them in the winter, relying on the jays' alarm calls to avoid predators. 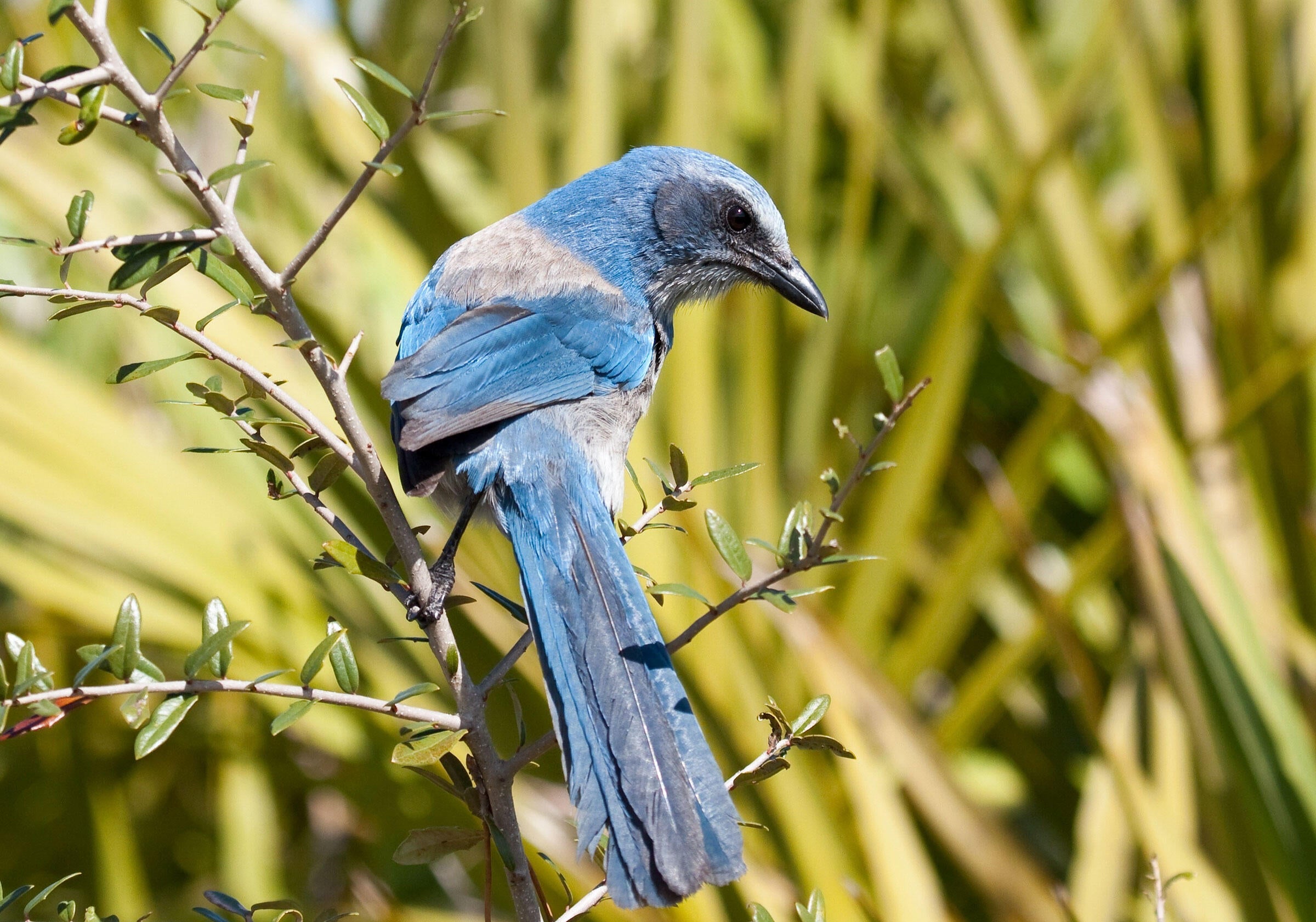 These clever blue and gray jays are specialized to live in the sparse Florida scrublands, where they mate for life and raise their chicks with the help of older or “adopted” juveniles. Highly sedentary, the species doesn't venture far from its nesting place and will fiercely defend its territory from rival clans. Because of its limited habitat, the birds are highly at risk as climate change encroaches. 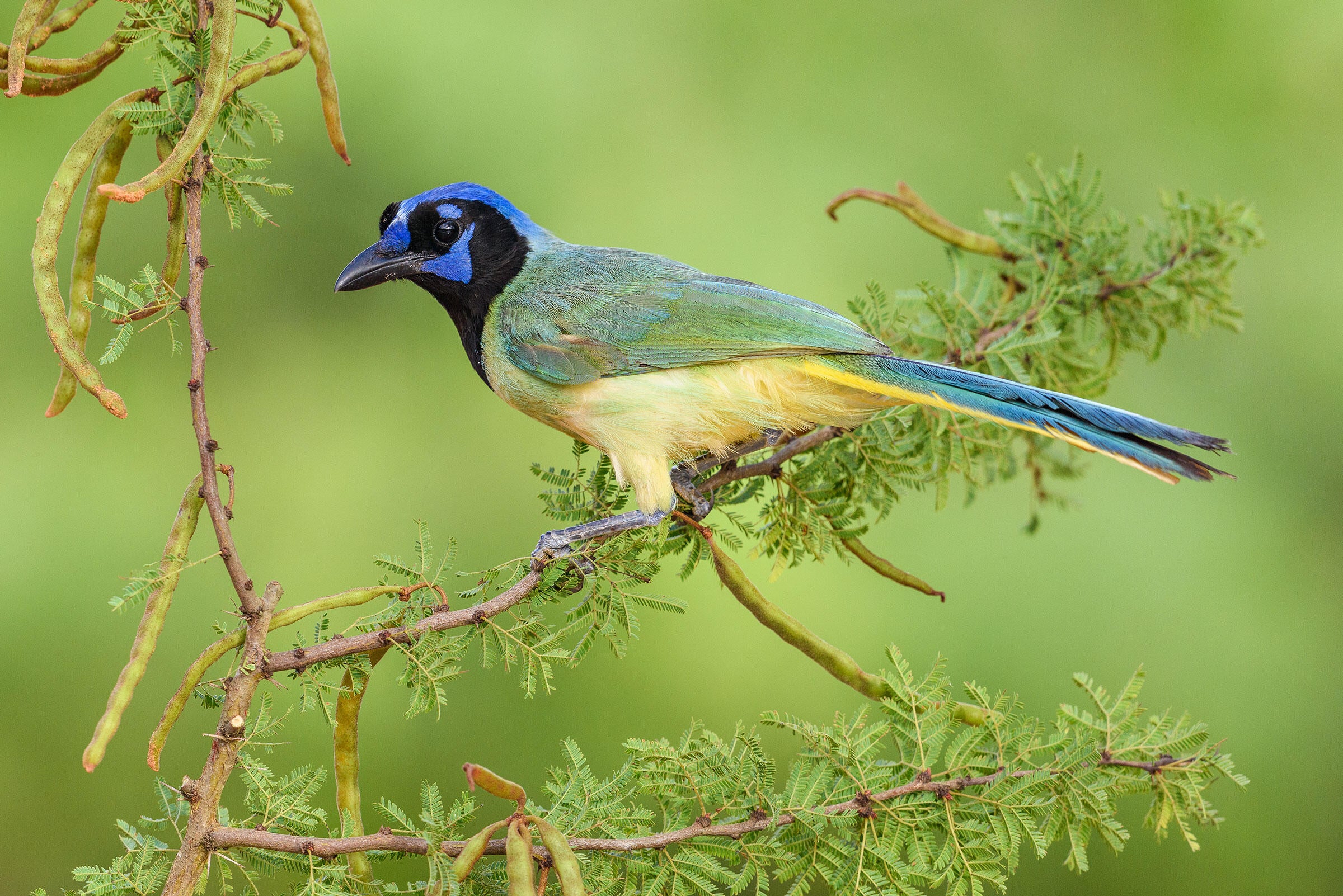 Tropically hued, Green Jays prefer the humid forests of Central and South America. But you can also find them brightening up the mesquite brushwoods of southern Texas. In fact, some birders travel down to the Rio Grande Valley just to gawk at the feeder-loving species. And why not—those vivid feathers can make anyone go a little crazy for this bird. 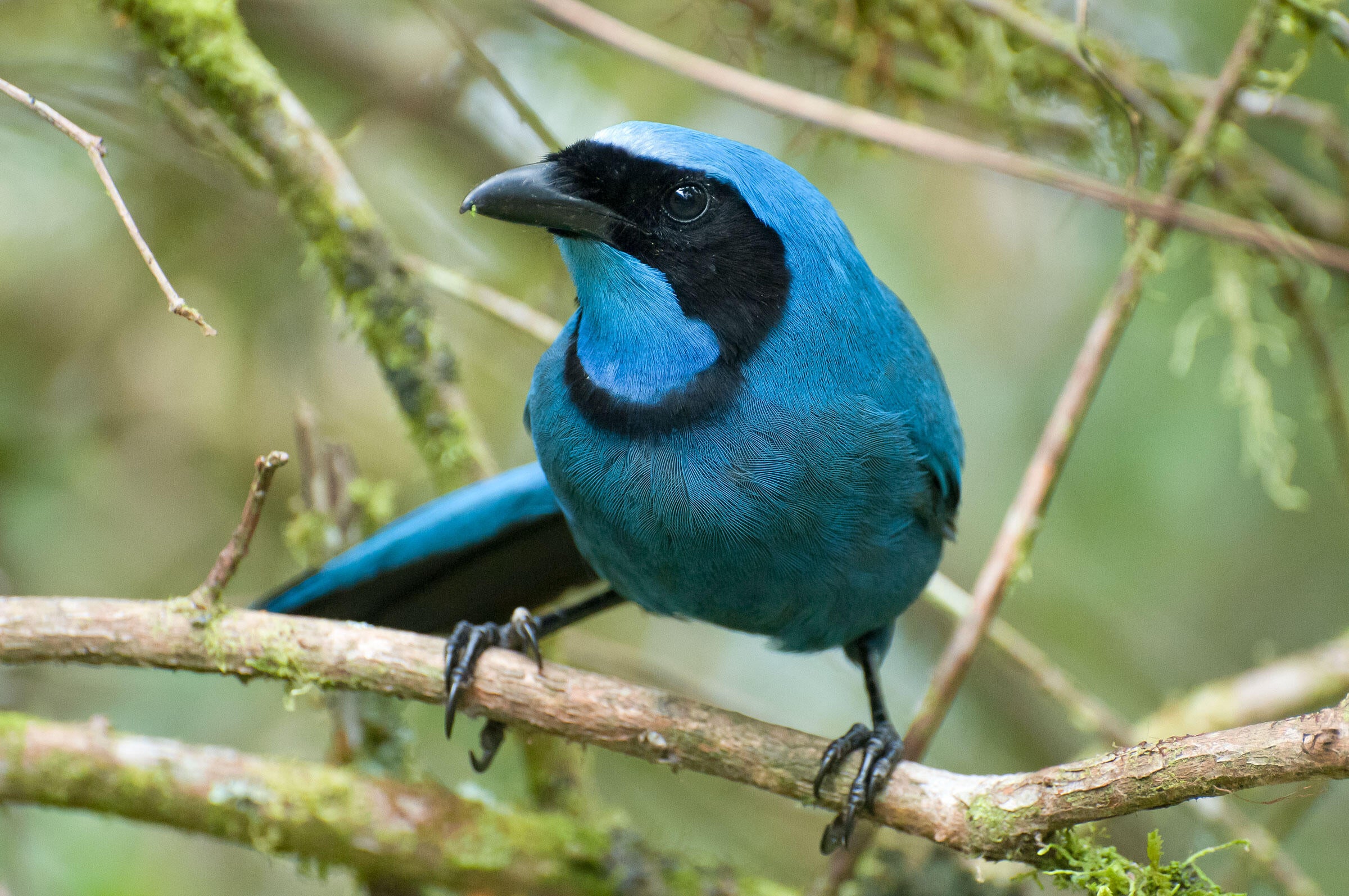 A black mask adds an aura of mystery to this artsy-looking bird. Larger than the average Blue Jay, it's usually found in gangs of its own kind or mixed flocks, foraging in the canopies of the cloud and elfin forests that line the Andes in South America. It's also bold around humans and can tolerate living in disturbed habitats. Even though Turquoise Jays are thought to be common, there's little known about their numbers and behaviors. 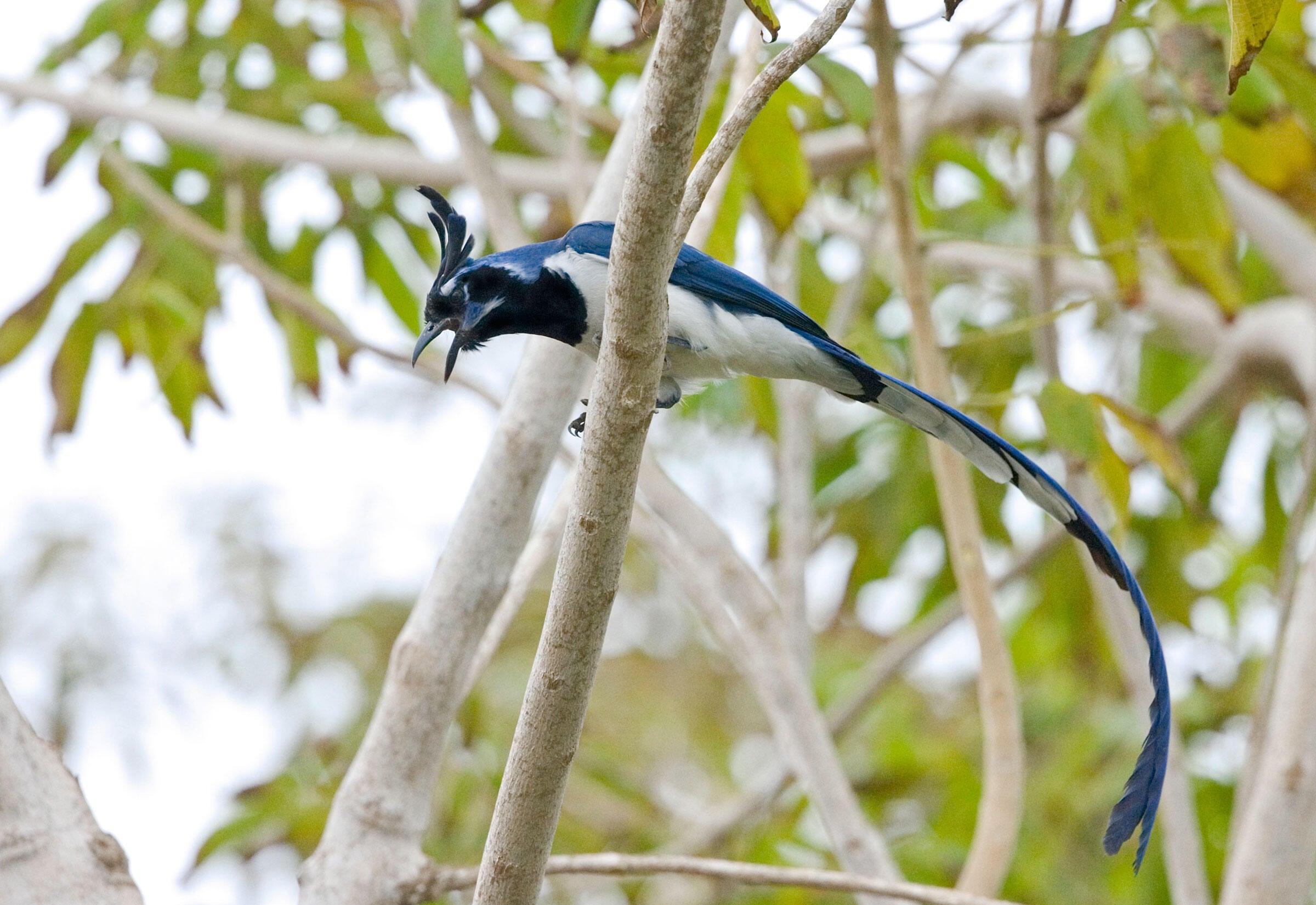 Hailing from the Pacific coast of Mexico, the striking Black-throated Magpie-Jay is notable for its long and luxurious tail feathers, which make up nearly half its length. It has been known to show up as far north as Los Angeles, though individuals that out of place are probably captive, escaped birds. The jay's calls are described as gurgling or babbling—but it's flight is known to be much more elegant. Here, see for yourself. 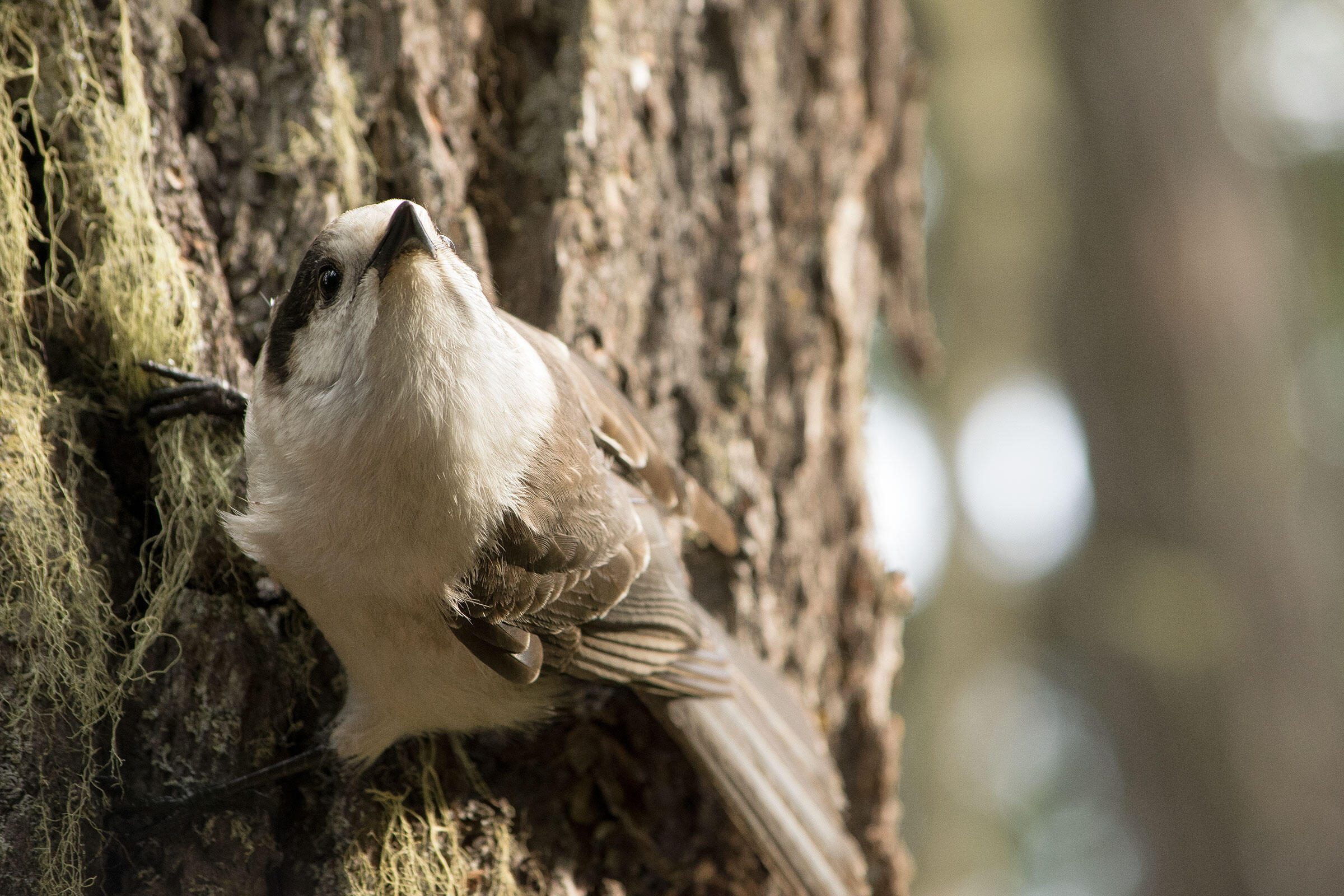 This plucky opportunist is known to curiously follow hikers and later raid their campsites for food, earning itself the nickname “camp robber.” The fluffy, fearless species favors the spruce and fir forests of Canada, Alaska, and the Rockies, where it stores excess food in bark crevices for those long, cold winters. On sight, birders may confuse them with Clark's Nutcrackers; by ear, they can be tough to tell from Steller's Jays. 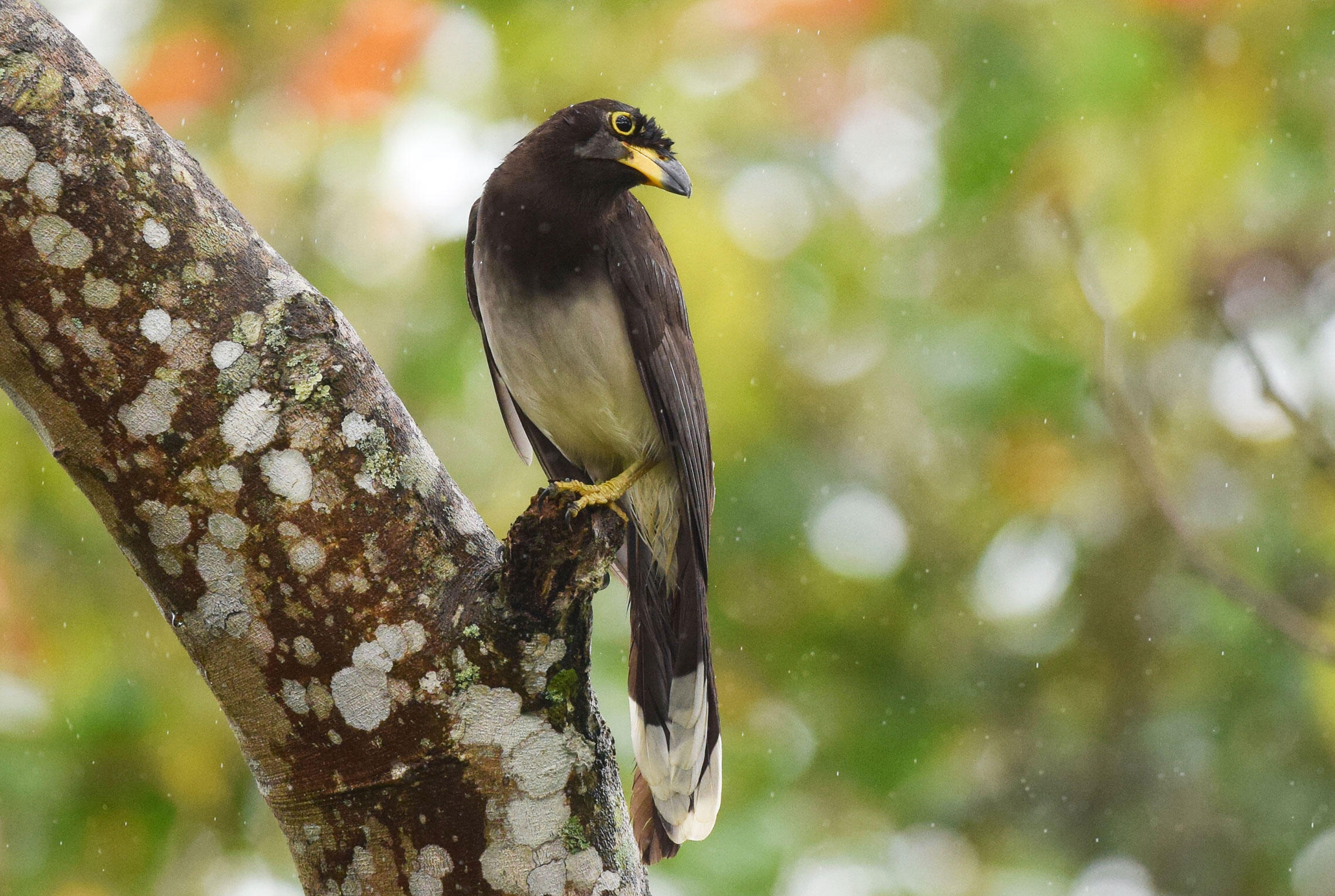 The darkest of all North American jays, these big, noisy birds travel in big, noisy flocks. But they can also be sneaky when they want to be: In the tropics, they'll follow army ants and snap up whatever small prey is left in the insects' wake. They're commonly found in riverside forests in Mexico and Central America and will also occasionally cross the border into Southern Texas.

Correction: These species are all found in the Western Hemisphere, not the Eastern.