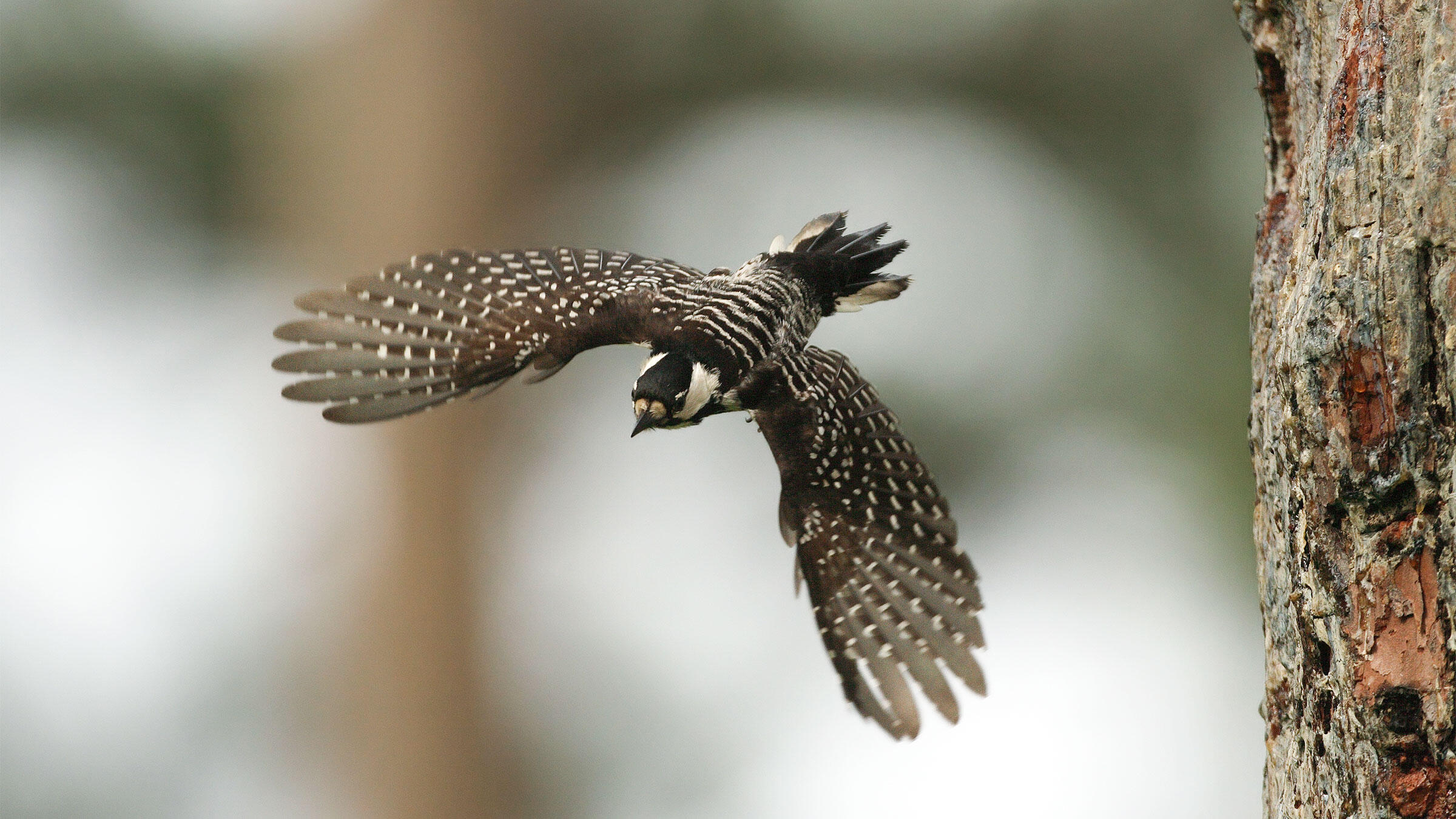 A Red-cockaded Woodpecker in South Carolina's Francis Marion National Forest. The endangered species depends on longleaf-pine habitat, which can be protected by grants from the state's Conservation Bank. Photo: Martjan Lammertink/USFS

As 2018 began, it looked like the end was near for South Carolina’s most important land-protection program.

Early last year, government auditors criticized questionable management practices with the state Conservation Bank, which provides grants to cities, land trusts, and other entities to protect ecologically sensitive areas. Some lawmakers blasted the bank, and its director resigned in October.

On top of administrative woes, a more fundamental threat loomed: The 2002 law that established the Conservation Bank needed to be renewed by June 30, or it would be shut down.

“This year was kind of a do or die moment for us,” says Sharon Richardson, executive director of Audubon South Carolina. “We knew if it did not get reauthorized, it would be hard to get it back on the books.”

Now, just a few months after the Conservation Bank’s darkest days, its supporters are celebrating a major victory after a tireless campaign led by Audubon South Carolina. On May 10 the state’s General Assembly approved a bill to reauthorize the program in perpetuity, sending it to the desk of Governor Henry McMaster, who signed it on Friday.

It was not an unqualified win. The compromise to keep the bank alive meant scrapping its original funding source, a 25-cent cut of a deed-recording fee each time real estate is sold. That means the program will have to jockey with schools, law enforcement, and other interests for a share of the state budget. In its first year under the new plan, Richardson says she expects the bank to be funded at roughly $5 to $7 million—about half its previous annual average.

Although the lack of guaranteed funding isn't ideal, proponents of the bank say there are potential upsides to the new system. In the past, the bank’s budget was inflexible and dictated by the whims of the real estate market. Now, if a large parcel of land with exceptional conservation value becomes available for purchase, motivated lawmakers could find the cash needed to protect it.

Regardless, the Conservation Bank's mere survival is good news to many across the state. “It is a huge deal,” says Ashley Demosthenes, president and CEO of the Lowcountry Land Trust, which has used funding from the program to protect nearly 38,000 coastal acres. “The thought of it actually sunsetting—it would have been a major setback for land conservation as we know it today. Now, we don’t have to live in this world of uncertainty.”

Since it was first set up, the Conservation Bank has invested about $150 million to set aside 287,000 acres.

Since it was first set up, the Conservation Bank has invested about $150 million to set aside 287,000 acres, including farms, forests, historic sites, parks, and 360 miles of riverfront. Combined, the land is worth $920 million. As the state’s population grows (the Charleston metro area, for example, welcomes 28 arrivals every day), so does the value of ecological benefits provided by the Conservation Bank. The wetlands it protects act as sponges to ease flooding, filter out pollutants to provide clean water, and offer attractive green space.

Of course, they also provide refuge for birds and other wildlife. Conservation Bank grants helped establish the Lake Conestee Nature Park in Greenville, an Audubon-designated Important Bird Area that hosts more than 200 avian species. In 2005, Audubon South Carolina used $1.5 million from the Conservation Bank to add nearly 2,400 acres to its Francis Beidler sanctuary, the world’s largest virgin cypress-tupelo forest and one of the best breeding sites for Prothonotary Warblers.

Audubon South Carolina is also finalizing a Conservation Bank-funded partnership with the Lowcountry Land Trust to put most of its Silver Bluff sanctuary under an easement, ensuring the land will never be developed. The deal will allow Audubon to restore longleaf pine habitat for federally endangered Red-cockaded Woodpeckers. The trees once covered 90 million acres of the southeastern United States; now, only three percent of their range remains. What’s more, both Beidler and Silver Bluff are considered “climate strongholds” that will continue to support a rich diversity of bird life as future weather patterns shift.

To garner support for the bank, Audubon South Carolina organized a sign-on letter and secured signatures from heavy-hitting corporations, including Volvo, Argos, and Norfolk Southern, which are neighbors to the Biedler Forest. The group also recruited 1,4000 advocates to sign petitions and urge state lawmakers to support the bank. Meanwhile, staff testified at legislative committees and individually met with lawmakers to discuss collaborative solutions for keeping the bank.

"It made a huge difference that Audubon took a leadership role," Demosthenes says. "I think at the end of the day, that's what enabled the relationship between conservation groups and the Legislature to be so much stronger."

Richardson says she hopes that with a new advising structure, state officials will soon regain trust in the Conservation Bank and reinstate its original funding source. The program’s value speaks for itself, she says, but the past few months have shown there’s also a large community of bird lovers ready to raise their voices.