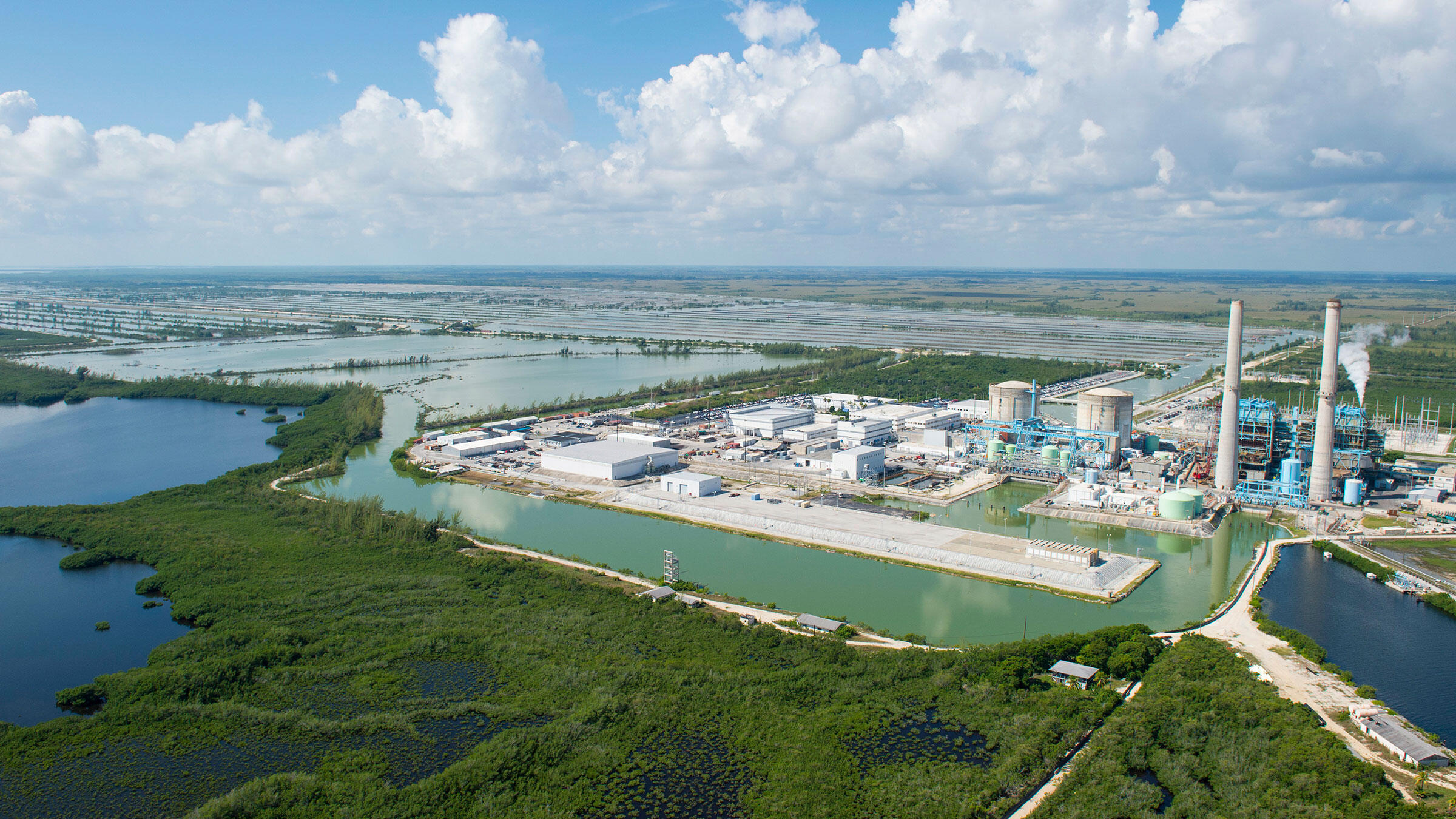 It takes a lot of water to cool down the nuclear reactors at Florida’s Turkey Point, a power plant couched between the Everglades and Biscayne Bay national parks. Hot water leaves the plant to embark on a two-day, 168-mile journey through a system of canals that serve as a 6,800-acre radiator, lowering the water’s temperature before it returns to the plant for reuse.

But over the past two years, it’s taken more water than usual to keep Turkey Point cool. In summer 2014, the canals ran hot and salty during a drought, threatening to shut down the plant. Florida Power & Light received an emergency permit to divert freshwater to dilute the system—up to 100 million gallons of water a day from a canal that also feeds Biscayne Bay.

The plant’s water use has become a touchy issue in southern Florida, where fresh water is in high demand. Even though the region gets twice as much rainfall as Seattle, it doesn’t always fall when and where it’s needed. During the wet season, excess water floods streets and lawns; during the dry season, banked water is distributed through thousands of miles of canals.

Now, the fresh water flooding Turkey Point’s canals has thrown a new wrench into that system: It has pushed the hypersaline water through porous limestone bedrock into the Biscayne Aquifer below, which is the drinking-water source for some three million people. Every day, around 600,000 pounds of salt enter the aquifer from the unlined cooling canals, along with nutrients like phosphorus and ammonia.

Scott Prinos, a hydrologist with the United States Geological Survey, notes it’s not the first time Florida has had to grapple with such a problem. Miami’s drinking-water wells grew salty soon after settlers built canals to drain fresh water from the Everglades in the early 1900s; without that water regularly recharging the Biscayne Aquifer, a void formed that seawater pushed in to fill.

And it won’t be the last time. As the climate changes, sea-level rise will also cause saltwater to intrude into the state’s aquifers, disrupting drinking-water infrastructure all along the coast. The best way to prevent that from happening is to recharge the aquifer with fresh water, says Julie Hill-Gabriel, director of Everglades policy at Audubon Florida—in other words, restore the Everglades.

Groups are working on that, including Audubon Florida, but it’s a tricky prospect given that restoration efforts require water that has long since been engineered away. Biscayne Bay, for example, now relies on 1.6 million gallons of water a day from the same canal that provides emergency water to Turkey Point. (FPL can divert water only after the bay gets its allocation.) The influx keeps the bay’s now-brackish water from becoming too salty, ensuring freshwater plants thrive and support the small fish at the bottom of the food chain.

“Everything relies on those little fish,” says Jerry Lorenz, research director at Audubon Florida—including gamefish like redfish and snapper, fisheries for pink shrimp and spiny lobster, coral reefs that underpin the tourism industry, and wading birds beloved by birders.

Although the plume of salty, nutrient-loaded water spreading through the aquifer is still several miles from drinking-water wells, it has reached Biscayne Bay, according to a report by Miami-Dade County’s Department of Environmental Resource Management. Tracers from the cooling canals have been found in surface waters. Biologists at nearby Biscayne Bay National Park are just beginning to look into the potential implications.

“The Bay is a sensitive well-balanced system when everything’s working right,” says Cox, the park’s superintendent. “Higher levels of phosphorus, ammonia, and nitrates—which are, of course, all nutrients—if went unchecked could create algal blooms, result in seagrass die-offs, and be really problematic for the park.” 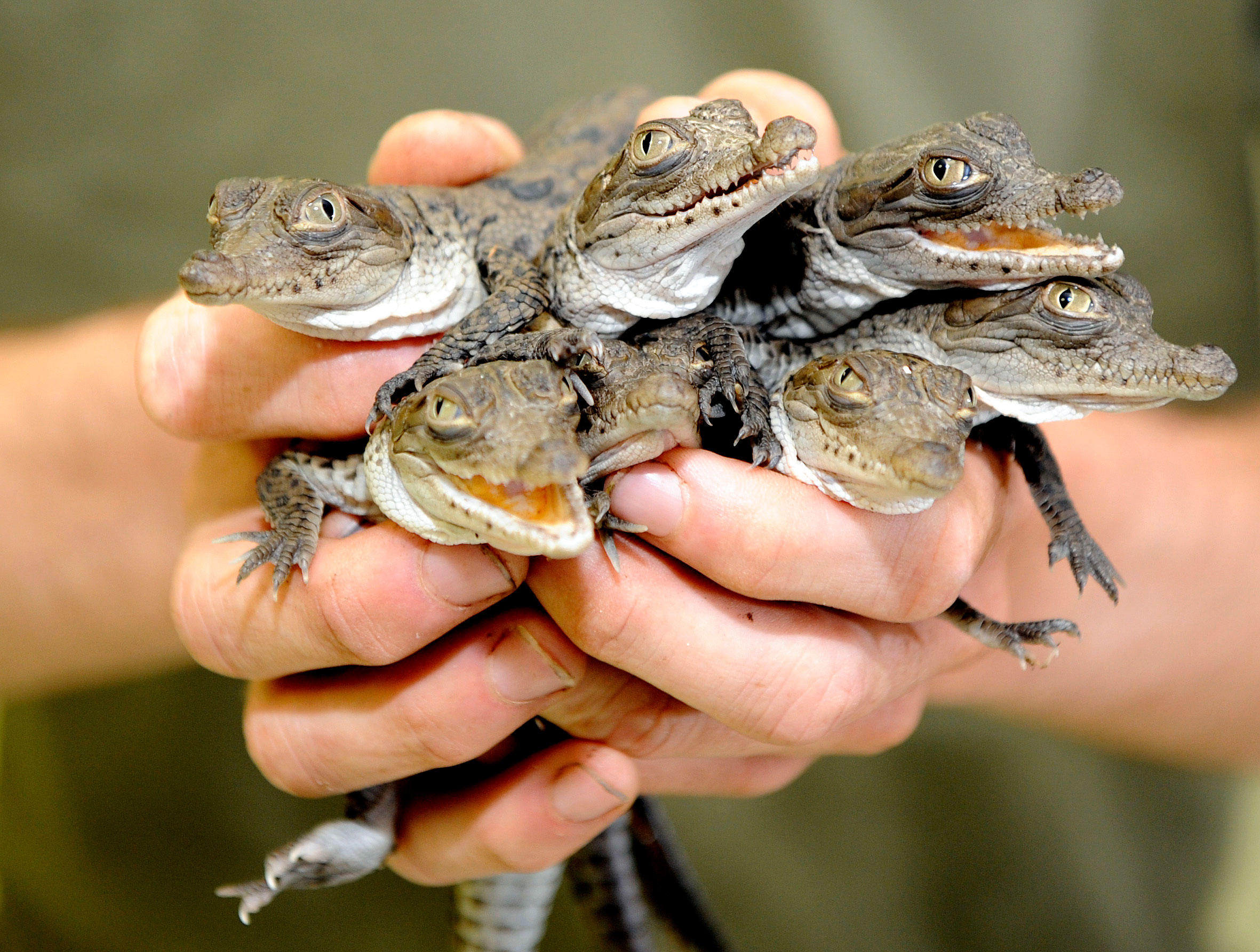 For its part, FPL doesn’t plan to leave the problem unchecked. “We are in the planning stages of extracting the saltwater underneath the canals and safely disposing of it,” says FPL spokesperson Peter Robbins. “While we are taking action, there is no health risk to either people or wildlife.”

The company is also working on a long-term solution that doesn’t require diverting fresh water to its cooling canals. Last week, the state of Florida approved a permit that will allow the company to draw 14 million gallons per day from the Floridan Aquifer, a deep reservoir containing brackish water. (Between this past August and November, FPL reports using roughly twice that much water daily, on average.) Though the infrastructure required to pull the water up has yet to be built, FPL plans to have that done by the end of the year, Robbins says.

Ultimately, the utility hopes that even the Floridan water won’t be necessary. Because the cooling canals form a closed loop, enough rainfall would negate the need for any supplemental water, Robbins says, and help restore the delicate balance between the state’s competing needs.

But that’s the conundrum Florida is faced with: Fresh water, at the right time and in the right place, is not a sure thing. Climate change is projected to exacerbate wild swings in precipitation. And as sea levels rise so inevitably will tensions over what has become a scarce natural resource. As is the case with Turkey Point, immediate fixes, while necessary, only distract from the urgency of long-term conservation solutions, such as Everglades restoration.

“The Everglades is being killed by a thousand cuts,” says Audubon Florida’s Lorenz. “But you keep fighting and, sooner or later, somebody’s going to come to the conclusion that all of our economy and all of our drinking water are pretty dependent on the Everglades.”